The reopening of the American Dream mall in the Meadowlands has been set for October 1st. Retailers and attractions including Nickelodeon Universe and DreamWorks Water Park will resume operations after closing in March due to the COVID-19 pandemic. Click the headline for more information

The Jersey Devil Coaster, Six Flags Great Adventure’s new RMC Raptor coaster that was scheduled to open this summer, will be pushed back until next year. The tallest, fastest and longest single rail coaster in the world will stand 130 foot (40m) tall while reaching speeds up to 58 mph (93 km/h). Click the headline for more information

A 10-year-old girl died after she was was ejected out of her lap-bar secured seat from a Wisdom Rides Scrambler type ride at the Deerfield Township Harvest Festival. Source

The indoor Nickelodeon Universe theme park at American Dream will feature two record-breaking roller coasters by Gerstlauer. They consist of an intertwined Launched Euro-Fighter with a beyond-vertical drop and a Spinning Coaster whose cars rotate on a vertical axis as they move along the track. The Euro-Fighter boasts the world record for the steepest coaster drop, while the Spinning Coaster will hold the titles of the world’s tallest and longest free spinning coaster. The two coasters will be intertwined, which means the combined 14 vehicles will run in and around each other. Click the headline for more information

Casino Pier on the Jersey Shore opened Hydrus, the seaside resort’s Gerstlauer Euro-Fighter that replaces the infamous Star Jet coaster that ended up in the Atlantic Ocean following Hurricane Sandy in 2012. It features a 72 foot (23m) tall vertical lift hill, a 97° beyond vertical drop, three inversions and a top speed of 45 mph (72.5 km/h). Click the headline for more information

Six Flags Great Adventure announced that Zumanjaro, the world’s tallest and fastest drop tower, will become Drop of Doom VR for a limited time. Beginning May 5th, riders will have the option of battling giant spiders high above massive city skyscrapers in a fully-integrated virtual reality experience on the 415 foot (126m) tall free fall tower.
Park guests will become pilots of a futuristic gunship under attack by mutant spiders during the interactive ride that features a vertical ascent while teetering off the edge of a helicopter. A high-intensity gun battle against a giant arachnid, spewing baby spiders that virtually crawl all over the rider’s body, is followed by a 10-second plunge at speeds up to 90 mph (145 km/h) that concludes in a final showdown with the giant spider. Click the headline for more information

GaleForce, the beleaguered S&S triple launch coaster at Playland’s Castaway Cove on the Jersey Shore that was originally scheduled to open last year, has received a new train that features many improvements over its predecessor. The new train makes for a smoother ride thanks to the removal of the stadium style seating, relocation of the rear axle and a pivot joint between rows 2 and 3 that allows the third row to move independently from the front two.
Other improvements include larger wheels and a straight through rear axle that replaced the old one that worked off a central pivot point and caused the rear seats to bounce. Click the headline for more information

A man suffered neck and face injuries when a bird flew into his face while on the coaster. Source

CoasterForce13 hours ago
With over 20 to choose from, what do you think is the best SeaWorld coaster?

CoasterForce @CoasterForce
13 hours ago
Have you seen our latest horizon leveled POV? It's worth the click through! #phantomsrevenge @Kenny_Kangaroo 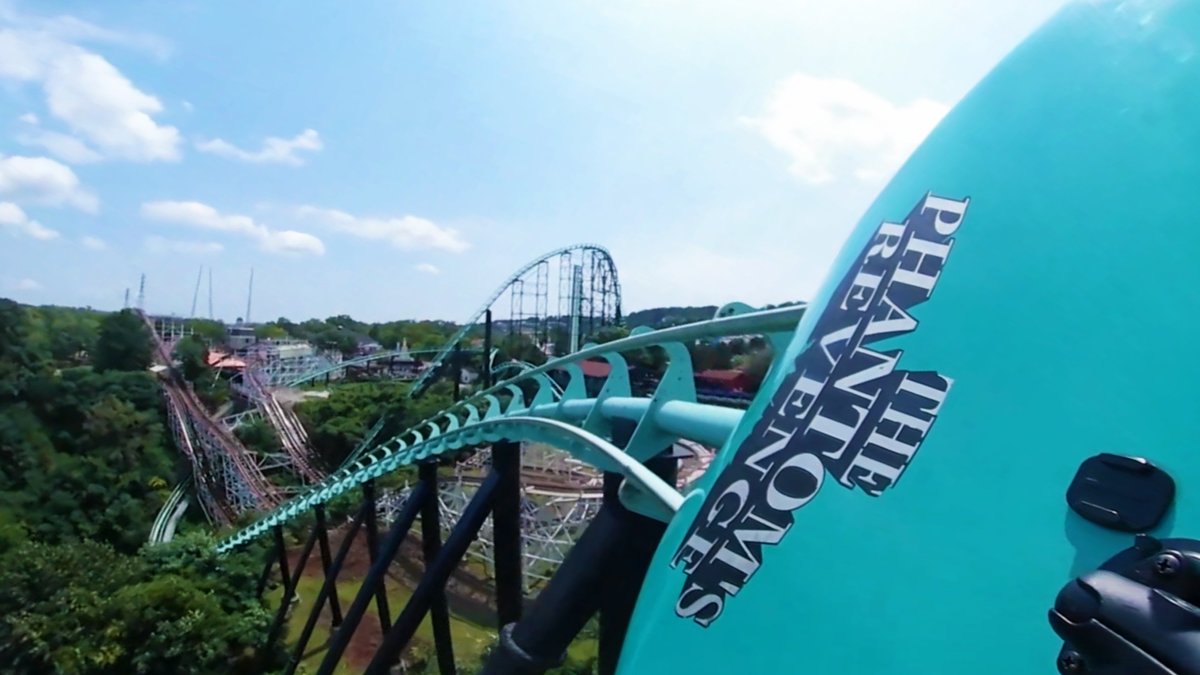