CoasterForce’s mission is to encourage everybody, regardless of their level of enthusiasm, to visit as many theme parks as they can. Theme parks offer escapism from daily life, the opportunity to be transported to a different world and get adrenaline pumping on a variety of different thrill rides.

Across multiple CoasterForce platforms, thrill seekers can discover and discuss theme parks with fellow riders from every corner of the globe. The CoasterForce Forums are free to join so riders can learn from one another by discussing theme park news events, rides under construction and debating why one ride type might be better than another. Forum members also share their theme park trips and advise others how to get the best out of a park trip.

The CoasterForce YouTube channel has over 3,000 videos covering the world’s best theme parks. The video range includes front seat point of views, off-ride views, interviews with key people in the industry, ride opening ceremonies and documentaries as well as 360° and 3D videos.

CoasterForce Lives are meet-ups at theme parks officially organized by CoasterForce, often including perks such as discounted entry and Exclusive Ride Time. Members are invited to meet up with fellow members to enjoy their hobby by riding and exploring a theme park together. CF-Lives occur frequently between March and November in the UK, Europe and the USA.

CoasterForce is also a proud IAAPA and Coaster Coalition member, as well as partner with Coaster-Count, the world’s leading roller coaster counting platform.

CoasterForce was founded in 2001 by Dan Farrell as a place to show off his theme park travels. Dan’s style attracted thousands of followers and the community flourished. With a huge increase in followers, CF Live meet-ups began in 2003. The group has visited parks all over the UK, Europe and the USA.

Dan passed CoasterForce on to Ian Bell in 2006 who still manages CoasterForce today. In 2008, Jerry (East Coaster General) joined the CoasterForce team and revitalised the YouTube channel, increasing CoasterForce’s reach to a truly global audience. In 2014, a team was set up to manage CoasterForce’s social media channels; ensuring followers get a frequent theme park fix. CoasterForce has several facelifts over the years, thanks to technical guru, Phil Steadman. Jerry designed CoasterForce’s current style, which was unveiled in 2016. Since 2005, CoasterForce has featured in many newspapers, magazines, television programs and radio broadcasts offering an unbiased and independent opinion on topical theme park stories.

CoasterForce would not exist – or be half as much fun – without its highly valued community who contribute on a regular basis. CoasterForce is managed by the following people – feel free to get in contact!

The people who bring you CoasterForce 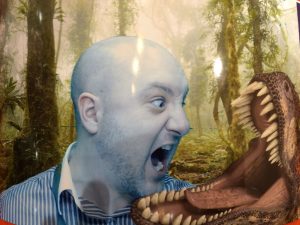 IAN BELL – aka Ian from CoasterForce

Ian joined CoasterForce in 2002 and took over ownership in 2006. As CEO, Ian’s role is to oversee everything that goes on although he particularly enjoys organising CF Lives – he gets a kick out of seeing people laughing on roller coasters. Based in the UK, Ian has traveled to nearly 200 theme parks in 17 countries and is always itching for his next coaster fix. Although Ian loves most coasters, his favourite is Outlaw Run at Silver Dollar City and he won’t rest until he finds something better. 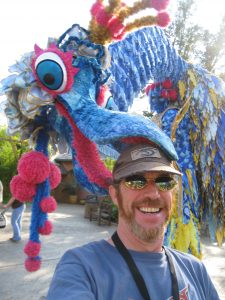 Born in the USA and raised in Germany, Jerry is the eldest team member and co-owner of CoasterForce. He lives in the Big Apple and travels the world from one amusement park to the next filming hundreds of roller coasters and thrill rides. Being an old-timer, he loves wooden coasters and has ridden all but one in North America and most of the ones in Europe. In spite of his busy career and extensive travels, Jerry always has time for any inquiries and will gladly help anyone planning a trip to any of the nearly 300 parks he’s visited. 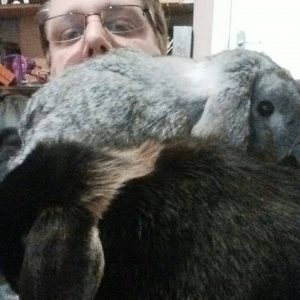 Suave, sophisticated, handsome and intelligent – just four words that can’t be used to describe Furie. Still wearing the same leather jacket decades on, and still making the same old gags. Phil is our technical guru and generally the guy who’ll be at some remote family park taking notes for CoasterForce. 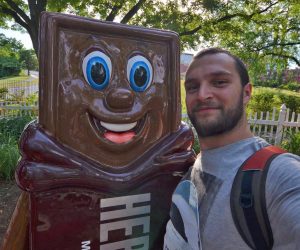 Matt is a mechanical engineer from Bristol, UK and our Social Media Team supervisor. When not at a theme park, Matt can be found mountain biking and playing computer games. As a keen photographer who has made hundreds of contributions to CoasterForce, he also enjoys taking his camera on his various trips abroad to capture more than just roller coasters. 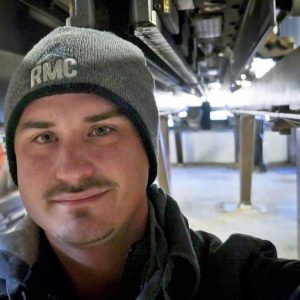 Scott owns Upstop Media, which produces social media for the Travel Channel and promotional videos for RMC and Ride Entertainment. He joined CoasterForce in 2018 as Content Creator, but has been working with East Coast(er) General since they first met at Silver Dollar City’s Outlaw Run media days in 2013. Specializing in on-ride videography, it’s no wonder that Jerry asked Scott to help him with filming for CoasterForce, an offer which Scott gladly accepted. In addition to our common roller coaster hobby, Scott is also an executive bourbon steward with an impressive collection of the American whiskey. 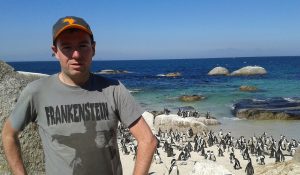 Born and raised in the UK, Gavin has spent most of his adult life living and working in Asia, starting with South Korea, onto Japan, and currently Hong Kong. He provides the vast majority of our content from the region and being a high school teacher allows for plenty of holiday time to travel all over the world, grabbing coasters as he goes. 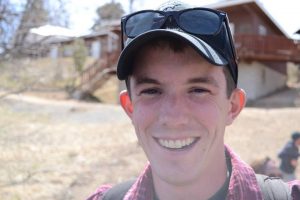 Like every roller coaster enthusiast, Matt fell in love with them at an early age after playing Roller Coaster Tycoon for hours on end. Originally from Sandusky, Ohio, Matt remains CoasterForce’s self-proclaimed Cedar Point junkie. Matt now lives in Columbus, Ohio, where he works in consulting and promoting alternative fuel use in transportation. Matt is also hands on when it comes to both the Social Media Team and moderating our Forums. His ultimate dream is to ride every Arrow Dynamics mine train in existence. 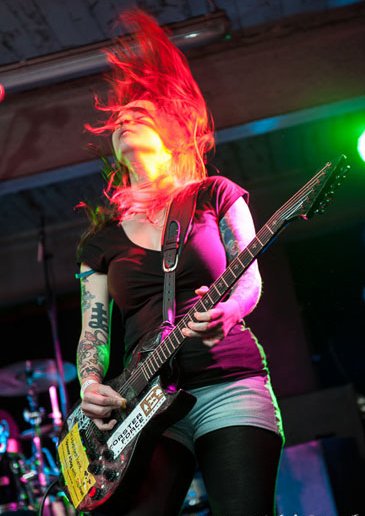 The creative force behind our popular Trains of Thought cartoon series and many of our Social Media graphics, Serena is CoasterForce’s Heavy Metal rocker. She also a member of our Social Media Team and has taken over many of the CF Live organising duties from Ian. When not on tour, rehearsing or in the recording studio with her band, Serena is writing articles for hard rock publications and websites. 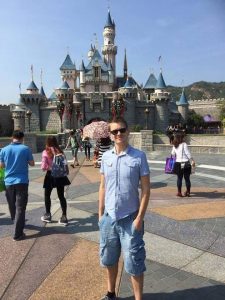 Ben likes to travel the world and has ridden over 1000 roller coasters. Among his favourites are Skyrush at Hersheypark and Helix at Liseberg. He’s also a vital member of our Social Media Team, advising Hixee on all of our platforms. 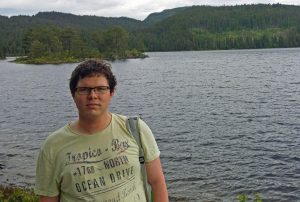 Erlend is a civil engineer and PhD student from Norway, a rather unremarkable country on the theme park scene. This means he hasn’t accumulated a very high coaster count, but he occasionally descends from the remote north to visit a park or two. He’s also an Administrator of our Website, Forums and runs the CoasterForce Discord. 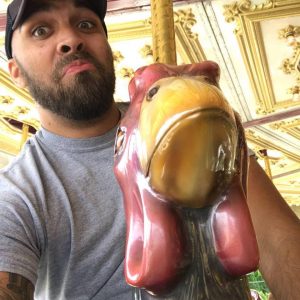 Born and raised in Ohio, Marcus ventured to the hallowed stomping grounds of Geauga Lake and Cedar Point growing up, making his enthusiasm start early. He’s since ventured around the USA and the world on adventures in search of the latest and greatest. Outside of working on our Social Media Team, Marcus heads the Drunk Riders podcast and has three wonderful children, a beautiful wife, as well as a borderline sociopathic obsession with Ohio sports. 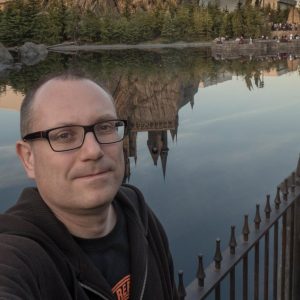 Although not an official Team Member, we would be remiss if we didn’t mention CoasterForce member David Morton, who contributed hundreds of his beautiful photographs to this website. David is a Manchester based IT Consultant, with a (un?)healthy interest in roller coasters and photography. Just take a look at his beautiful photos!

Other major photo contributors are CF members Matt (Hixee) and Jerry (ECG), as well as Ian, Gavin, John (Peep), Matt (Hyde), Canobiefan, Thom, Peter and Rachel. Thanks to all for their contributions.