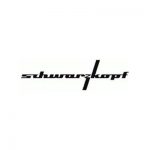 Anton Schwarzkopf is probably considered to be the most pioneering roller coaster designer and manufacturer of all time. Four years after taking over his father’s trailer transportation business in 1960, Schwarzkopf built his first coaster – the Wildcat model.
In 1964 Werner Stengel joined Schwarzkopf and this was to prove to be the most fruitful combination of talents ever seen in the industry. Stengel was an exemplary structural engineer and calculated all the forces for Schwarzkopf’s coasters.
The two men are responsible for producing the first modern day steel coaster to feature a comfortable inversion (a loop). The Schwarzkopf company is also credited with creating the first launch coaster.
Arguably, Schwarzkopf produced some of the most intense coasters of 1970’s and 1980’s. Although the designs might feel tired compared to modern day coasters, it’s unarguable that Schwarzkopf’s influence, innovation and vision has inspired many budding coaster designers and thrilled millions of riders over the years.
Schwarzkopf produced plenty of customised coasters. The list below contains their most recognisable and popular models. Schwarzkopf built over 150 coasters and over one third of them still operate today.

Schwarzkopf’s first coaster was the Düsenspirale at Wiener Prater in Vienna, Austria. The coaster was a custom built ride. It first toured the German fairground circuit from 1957 to 1964, before ending up at the Prater. The coaster was similar to the Mack Rides-built Broadway Trip which briefly operated at Cedar Point in Ohio, USA, amongst others.

Like the Düsenspirale above, the Wildcat is a traveling model. The first one operated on the German fair circuit from 1964 until it was scrapped four years later. The design, however, proved very popular when it was created with 30 of them being manufactured. Since none have been manufactured in decades, only a third of them are still operating today. The layout is quite basic by today’s standards. Wildcat coasters are renowned for having a forceful braking system. The coaster has four person cars. The off-the-shelf Wildcat models come in three sizes.

The Jet Star model is one of the most popular Schwarzkopf coasters. Characteristically, Jet Star coasters have a spiraling lift hill and feature many high-speed banked turns and drops. Riders sit single file in a small train very close to the track creating a sense of speed. The first Jet Star model opened in 1969. There are three versions of the Jet Star model, each a different size.

The Looping Star model is traditionally a traveling coaster, however several of them eventually found permanent homes at theme parks. The ride has a loop immediately after the first drop. The rest of the ride is similar to the Jet Star model with fast, over-banked turns. Riders are secured by a lap bar. These coasters are rare nowadays.

The Looping Star model is traditionally a traveling coaster, however several of them eventually found permanent homes at theme parks. The ride has a loop immediately after the first drop. The rest of the ride is similar to the Jet Star model with fast, over-banked turns. Riders are secured by a lap bar. These coasters are rare nowadays.

A shuttle coaster is a roller coaster that travels first forwards and then backwards along the same track; add a vertical loop to the middle of the track and you have a Shuttle Loop coaster. Twelve of these coasters were made and less than half are still operating today. Unlike most coasters that go upside down, riders are secured by a lap bar and not the over-the-shoulder restraints. The train is launched using a flywheel or weight drop mechanism. This was the first launch coaster in the world.

Schwarzkopf’s Speed Racer model is similar to the Jet Star coaster type. It has a spiral lift hill but instead of frequent banked turns, it has several long downhill sections where the train builds up speed. The Speed Racer model first debuted in 1971 and only four were ever made. Two still operate today.

The City Jet model is made up of several figure of eight layouts piled on top of one another. This track layout has many banked turns and sections where the track quickly changes direction side to side. Eleven City Jet coasters were made, but only three are still in operation.

Only three of Silverarrow coasters were made – all in the early 1980’s – and one is still operating today. The ride has a vertical loop after the first drop and the track goes through the center of the loop. A Silverarrow coaster has several helices.

Similar to Schwarzkopf’s Shuttle Loops, these Catapult Coasters use a flywheel launch system. The major difference is that the train only travels forward and have an extremely small footprint due to the unique track layout. Basically it’s a figure eight with one loop laying horizontally on the ground and the other half being a standard vertical loop.
Designed as the perfect coaster for traveling the German fair circuit, only five were manufactured and only one remains in operation – Death Train at Marah Land in Oman.

Schwarzkopf went bust twice, once in 1983, and again in 1986. The first time around put an end to development of what would have been the world’s first suspended coaster. The company continued making coaster parts for several years under partnership with steel firm BHS. Schwarzkopf retired from the amusement park industry in 1995 and passed away in 2001.

Schwarzkopf spawned many great names in the roller coaster industry; Werner Stengel went on to become the designer of over 500 thrill rides. Herbert Gerstlauer founded thrill ride manufacturers Gerstlauer after leaving Schwarzkopf as a director. Many engineers who work for other manufacturers such as Zierer and Maurer “cut their teeth” working for Schwarzkopf.