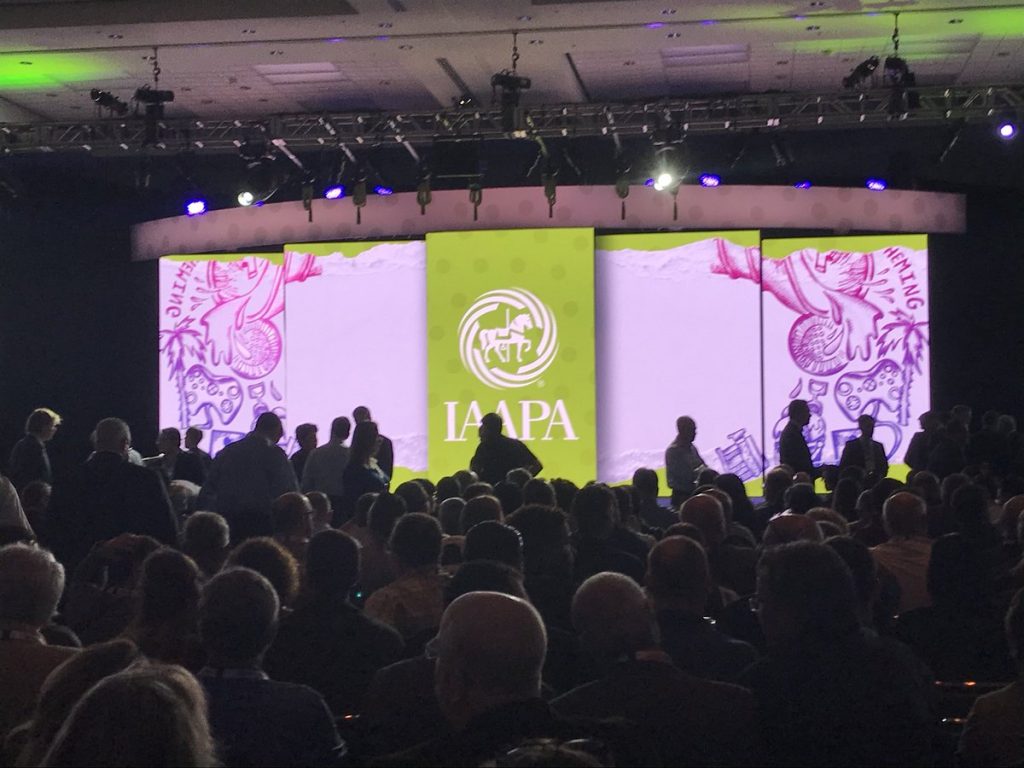 November 17th, 2020 – Despite the lack of the usual glitz and glamour of the IAAPA Awards Event at the annual Expo in Orlando, IAAPA has still celebrated industry icons through a series of online events.

This year, three additional industry pioneers have been inducted into the IAAPA Hall of Fame.

Imagineer and Storyteller: Tony Baxter
Tony Baxter started his career in 1965 as an ice cream scooper at Disneyland in Anaheim, California. In 1970, he became a Disney Imagineer and assisted in the opening of the 20,000 Leagues Under the Sea and Snow White’s Adventure attractions at Walt Disney World in Orlando, Florida.

Baxter has been involved in the development of the Big Thunder Mountain Railroad, Star Tours, Indiana Jones Adventure, several pavillions at EPCOT including Jouney Into Imaginion, and also the master plan development for Disneyland Paris.

Baxter retired in 2013 and was named “Disney Legend.” The company honored his career and work by dedicating a stained glass window on Main Street, U.S.A. that same year.

Innovator, Leader, Advocate: Greg Hale
In 1988 Greg Hale joined Walt Disney World as manager of electrical and electronics engineering, beginning a three-decade career that has had a lasting impact on amusement ride safety around the world.

In 2002, Greg became the first vice president and chief safety officer for Walt Disney Parks and Resorts and today continues to lead a global team of ride design, operations, and maintenance professionals focused on innovation, safety, and accessibility for guests around the world.

Greg is a prolific inventor, and his name is on more than 80 patents worldwide, including the innovative Disney FASTPASS® service. He also developed designs and devices that have helped improve attraction accessibility for people with disabilities.

Theme Park Visionary: Mats Wedin
Mats Wedin entered the attractions industry in 1988, while looking for a new professional challenge. The opportunity to join Liseberg amusement park in Gothenburg attracted him, and within five years, he was promoted to CEO. Under his leadership and guidance, the park added innovative rides and attractions that transformed the guest experience.

Wedin was the driving force in the development of Liseberg’s first Christmas event. Mats recognized the potential to extend the park’s operating season and led the team that developed its first Christmas special event that generated an additional 550,000 visits to the park in its first year. Today, that legacy continues to attract guests to the park each winter and inspired many other parks around Europe to add similar events to drive their business.

Aside from the Hall of Fame awards, several other industry figures have been honoured with an IAAPA Service Award 2020. They include: