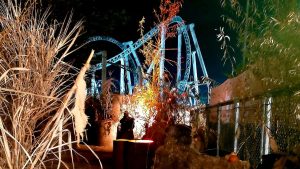 September 30th, 2022 – Can you believe Fright Nights is now in it’s 21st year of scaring the hell out of us? No, neither can we. How time flies when you’re being chased by a chainsaw-wielding maniac, as Serena found out during the park’s press preview event. Here’s her first-hand review of all the fright-filled fun.

Along with many of our favorites from Halloweens past, this year’s frightful event sees three brand new attractions appearing at Thorpe Park:

Death’s Doors is a heavily interactive scare zone, where guests are invited through a keyhole to meet a vast array of characters who lurk behind doors.

The attraction begins with a quirky tone, but the more doors you knock on the more sinister the characters become. The dynamic of Death’s Doors is outstanding, it continually builds tension up and up until all hell breaks lose for the finale. With impressive lighting effects heightening the atmosphere, Death’s Doors is as memorable as it is terrifying. One of the best new attractions ever to grace Fright Nights.

Put your headphones on and get ready for a different type of scare in The Terminal. This audio-led attraction does not feature actors, it utilises surround sound and complete darkness to take you on a very disturbing sci-fi journey.
The storyline is immersive and thought-provoking, the dynamic use of audio ensures that when the scares hit, they hit hard. The Terminal brings a much welcome variety to the type of scares on offer at Fright Night this year.

Upon entering Survivor Games you will receive a very intimidating brief: “Expect to be touched, expect to be split up, expect to be confined in small spaces” warns the attraction host. Unfortunately this makes Survivor Games sound way more intense than it really is.
The maze is chaotic as opposed to scary, with actors sending guests round in circles and banging the walls and shouting at them. From the very start, there’s no space to build anticipation between actors and the effect of constant noise and shouting is numbing.
Being led in short circles and seeing exits blocked off by actors is more irritating than it is disorientating. I would argue that Black Mirror Labyrinth does a better job of making guests feel hopelessly lost.
The soundtrack inside Survival Games is brilliant and some of the strobe scenes are undoubtedly intense, but overall it is the weakest of the new additions this year. 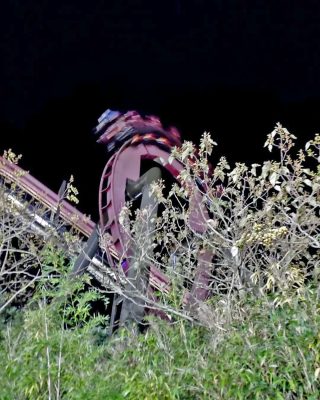 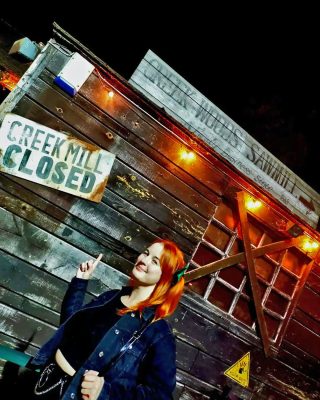 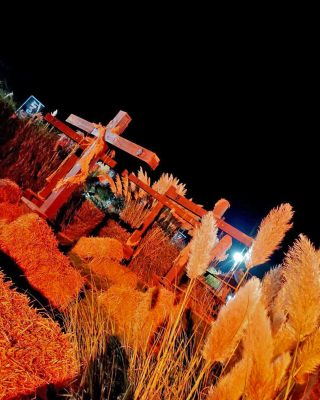 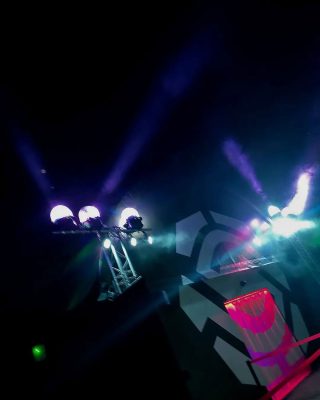 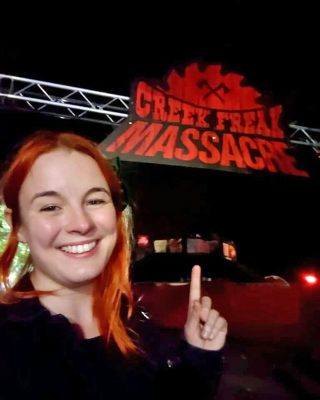 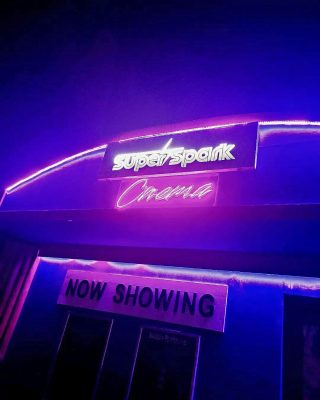 Bolstering the line up at Fright Nights 2022 are two further mazes: Trailers and Creek Freak Massacre: The Final Cut. There’s also an additional three scare zones: Crows of Mawkin Meadow, Amity vs Lycanthorpe Graduation Sucks and Birthday Bash. Roaming characters Creek Freaks Unchained are also making a reappearance to spread flannel-clad chaos across The Island Like No Other.

Fright Night fans take note, Creek Freak is in it’s final year of operation so make the most of those chainsaws while you can. The actors have even started referencing Project Exodus in the pre-show which provides an appreciated wink to those in the know about Thorpe Parks new coaster.

In concept and in execution, Trailers is a bona fide Fright Nights classic. Oozing with 80s style and a gorgeous neon colour palette, this maze is simply such a vibe.
Thorpe don’t even need to make changes to it, it’s still just as enjoyable experiencing it for the tenth time as it is the first.

If you said the word ‘Fright Nights’ a few years ago, my immediate thought would be The Asylum. Not anymore. The pillar of Frights Nights now are The Crows of Mawkin Meadow. Providing not only the most spooky atmosphere and aesthetics, The Crows also deliver the strongest jump scares of the event. It’s great to see their area expanded into the Saw Alive queue line.

In summary, Fright Nights is a strong event this year. The park-wide soundtrack is hugely atmospheric, the scares come in all kinds of unpredictable shapes and the Locksmith makes a very compelling mascot.