It's not even really any taller than Shambhala

It's only the logo that ruins it. Was such an overrated skyline anyways

Testing on the launched coaster has begun. Yay? So far it hasn't made it past the base of the tower.

In other news, further testing on the S&S towers have confirmed that they will be Combo towers, thus offering something a bit more interesting than a mere Space Shot or Turbo Drop tower...

Staff member
Social Media Team
I really like that the S&S towers seem more 'controlled' than previous ones. It's really smooth as an experience rather than waiting around and bouncing slightly for no reason etc.

The I see this project, the more I'm warming to it, see it in person in the summer changed my view a little bit as the coaster didn't look that bad, however now that the two towers are up and the theming is going in, I'm starting to really like this whole area. 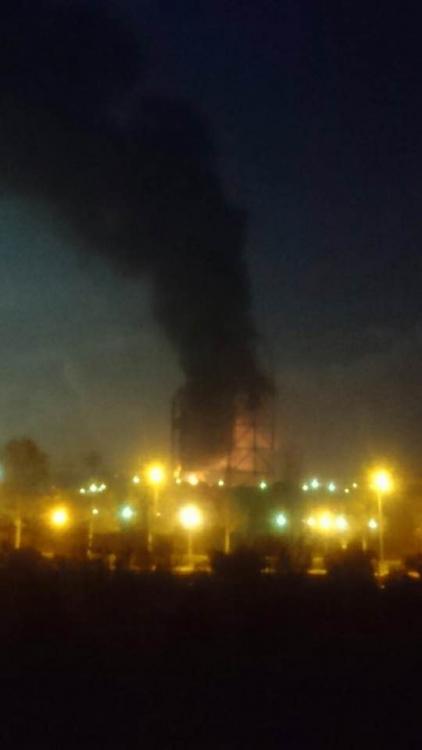 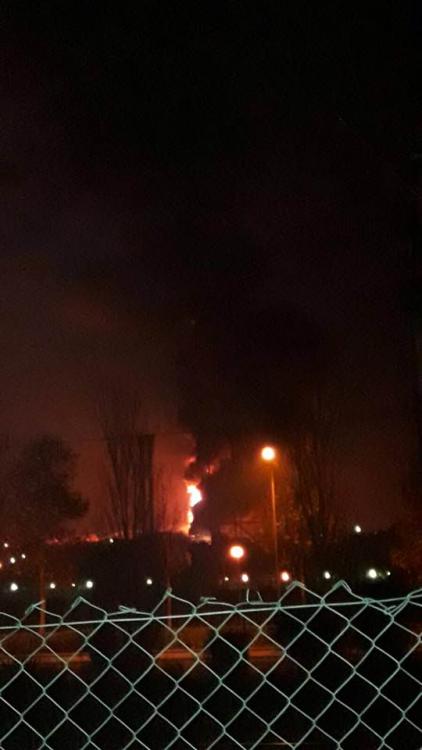 Details are obviously sketchy at the moment; hope no one is injured though!

No one has been injured but the park has been damaged. So far, the following structures/attractions have been burnt:
- The building representing the Venetian Campanile.
Before the fire: 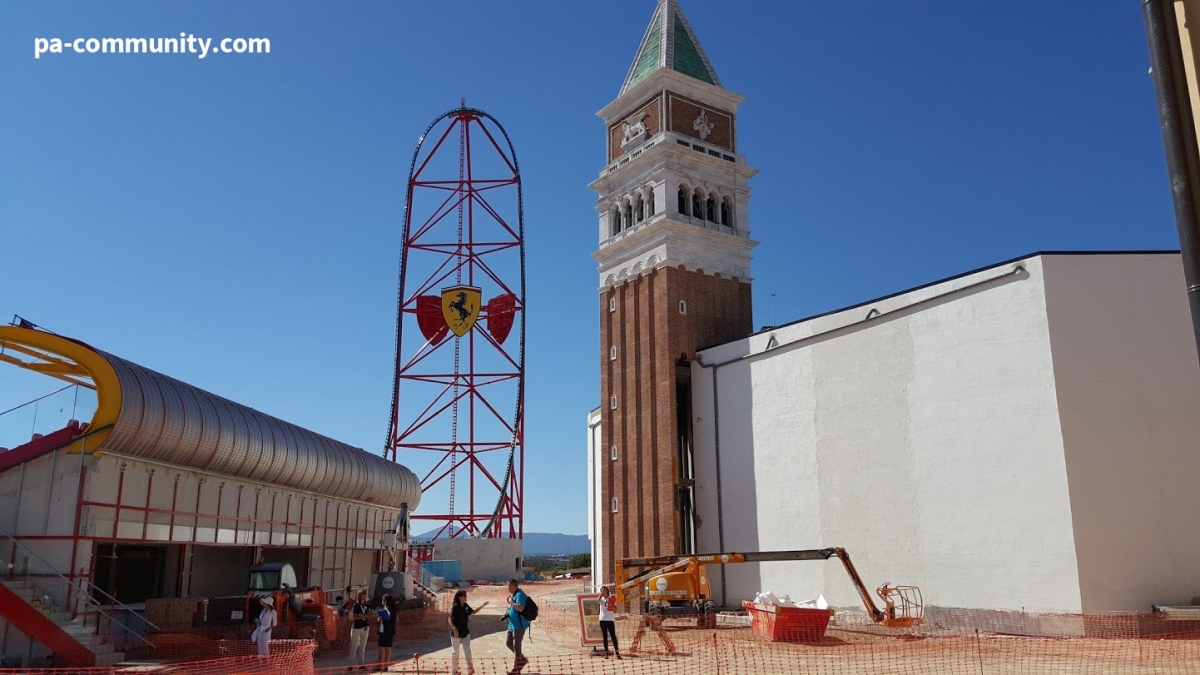 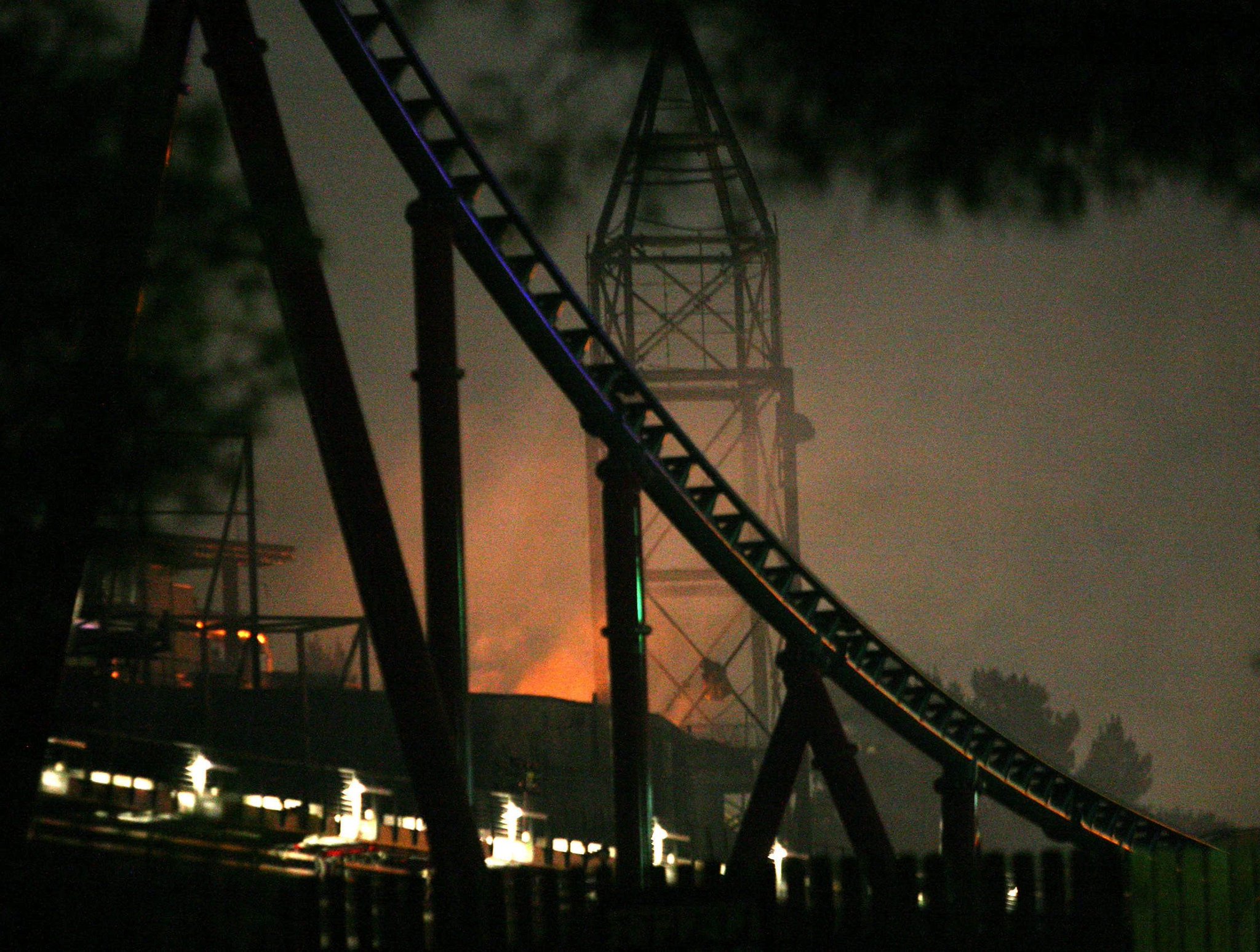 - The rooftop of the Ferrari Experience building (main building with the unknown attraction, rumoured to be a Brogent Flying Theatre)

- At least one of the two S&S Combo towers

The firemen have confirmed that the fire has already been extinguished. I highly doubt the park is going to open in early 2017, if it actually opens next year...

Personally, I think that the park sort of deserves it. It's such a cheap-looking piece of **** built using cheap materials (at least the buildings) that I am hardly sorry about the fire. When mangement starts cutting corners in new additions (which they have in recent additions by using cheaper materials), you are just asking for something like this to happen. Spanish enthusiast have always been joking about the possibility of one of these structures catching fire... Well, there we have the result.

Hopefully the Intamin will survive. I need the cred.

The park has announced that they are currently unsure of the cause of the fire, however this incident will not affect the parks opening date.

Jesus. It's usually a Mercedes that ends up on fire.

owentaylor121 said:
The [more] I see this project, the more I'm warming to it
Click to expand...

Staff member
Social Media Team
The fire will undoubtedly affect the opening date, without doubt - if they want to open with a full product, but my guess is that they'll open it half arsed now.

Lofty said:
The fire will undoubtedly affect the opening date, without doubt - if they want to open with a full product, but my guess is that they'll open it half arsed now.
Click to expand...

They're going to do the classic "open on the date they said they would, but change the definition of open" tactic.

I can't see how this level of damage could be rectified in time, let alone have the investigation completed and any other issues (as oriolat2 says, this could be endemic of the whole job) before the currently posted opening date.
J

If it turns out to be arson we are all going to be prime suspects after the posts in this topic.

Looks like the fire has caused millions of dollars of improvements.

Staff member
Social Media Team
It is a shame and must be devastating for all those creatives involved to see your work go up in smoke - saying that, I suppose it was devastating to have to be working on this project anyway.