Thekingin64 said:
I've always found Gerstlauer can do family rides brilliantly, they just struggle with anything thrill based. The Gerst family coasters and bobsleds I've ridden have been fab, full of airtime and smooth. It's only the Eurofighters and larger that I've found rough.
Click to expand...

But, annoyingly, they never learned the difference between a Bobsled and a Wild Mouse.

If there has to be something off with their rides, then I'd happily take a naming inconsistency on something that's otherwise done really well.

I think it’s the 4 across trains. They’re just too big and clunky for the track/manoeuvres that Gersts pull. Even the short Eurofighter trains just don’t feel like they fit on the track properly. Smiler feels like it slams the train through the inversions, especially the last three.

4 rides gone in one year, not great.

Pear said:
Kennywood is removing some of their classic rides including the Bayern Kurve and Kangaroo

Well this sucks. Rides like these are what make Kennywood different and special. Particularly sad about the Bayern Kurve because it's fab! Hardly any left now! I believe the Kangaroo is one of a kind too.

Axing so many rides at once smacks of covid fallout but at the same time it seems like a bit of a vintage cleanse (particularly by some of the wording used but perhaps this is just marketing jargon) that, particularly after steel curtain, they're drifting away from their historic image. If so, I hate it! They did restore the old mill recently so perhaps it's just a cost cutting thing and they'll continue to preserve their other old and rare rides. Slightly alarming though.

Also they definitely picked today for a reason! Wait until everyone is distracted!

In the "why are they doing this" moment, it clears room in the middle for expansion (can move other attractions around); but damn, this stinks. Really enjoyed the Kangaroo and Bayern Kurve as old-timey attraction appeal.

In the "why are they doing this" moment, it clears room in the middle for expansion (can move other attractions around); but damn, this stinks. Really enjoyed the Kangaroo and Bayern Kurve as old-timey attraction appeal.
Click to expand...

Yeah I was thinking they are actually in the same sort of area although you have the disc-o and various buildings in the way. Apparently the Bayern Kurve has been put up and down a few times so perhaps it and the Kangaroo could get relocated if they have specific plans for that area. Or if not, it would be nice to put them up for sale to give others a chance to have them.

As I've seen others say on twitter, I hope they're not trying to compete with CP/six flags etc as that's just not what they're about so hopefully they're not changing their focus away from classic rides as there is a lot to lose, both flat rides and coasters in that department. Steel Curtain, although it's a fun ride, was a bit jarring to the rest of the park so I do wonder if they're taking a different approach to the park now.

Hyde said:
In the "why are they doing this" moment,
Click to expand...

The answer is probably Parques

Pear said:
The answer is probably Parques
Click to expand...

This was my inclination. As much of a bummer it is to see these classic rides removed, I'm not in the least bit shocked a PR owned park is trying to reduce costs during this global pandemic where profits are down. Truthfully I still think it's a miracle KW was able to build a coaster to the extent of Steel Curtain and with all the downturns from the pandemic I'm not surprised they're trying to lower costs.

Pear said:
The answer is probably Parques
Click to expand...

Yeah, this. TusenFryd has also lost almost all its flat rides since Parques Reunidos took over. I suppose they are considered too expensive to operate for too little guest draw.

Removing flat rides appears to be a general trend all over the industry, it seems like. They make a solid addition to the lineup of most parks, but they tend to be somewhat low-profile rides, so their existence is barely influencing people's decisions to visit the parks. People come for the coasters, and tend to stay for the flat rides ... but strictly speaking, parks don't need people to stay once they've paid the ticket price. That being said, I don't think I'd quite subscribe to that line of thought myself. You gotta give guests something to do and somewhere to be (queuing), otherwise there will just be more lines for the headliner attractions, and the lack of diversity in a lineup will eventually leave the park with a poorer reputation.

In the "why are they doing this" moment, it clears room in the middle for expansion (can move other attractions around); but damn, this stinks. Really enjoyed the Kangaroo and Bayern Kurve as old-timey attraction appeal.
Click to expand...

All four sites, once you clear the rides out, could make for a decent themed area with the Johnny Rockets building as well. Maybe that goes as well, but I think a themed area with a similar story and theme to the nearby Old Mill would be nice. And I know some may say a new coaster so if we went on that "unlikely" principle, I'd personally wanna see a Raptor Coaster (custom layout).

1. Knoebels getting a Bayern Kurve (unrelated to Kennywood's apparently as it's a trailer model) for next year. The ride is reported to be in the car park already.

That's a shame about Kennywood! though I didn't have the best day there, Kangaroo was one of my favorite rides there. Crazy fun ride, I really hope it gets relocated somewhere!

Vekoma has created retailtainment for malls:-

Regina at Tobu Zoo appears to have been sold. 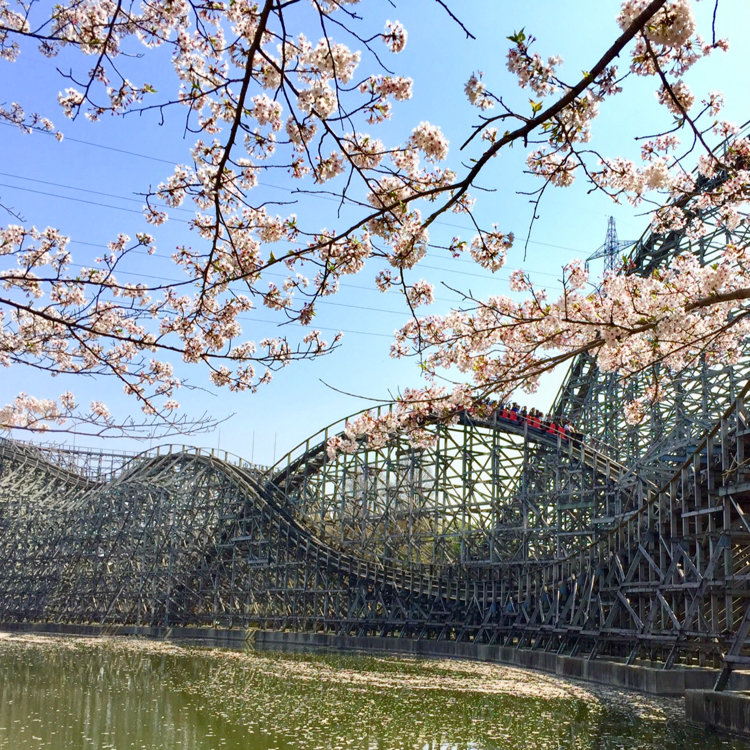 SilverArrow said:
Regina at Tobu Zoo appears to have been sold.