Wow, both the track showing up and the colour is very unexpected. Great stuff Energylandia!

I wonder if this will be better than the new-gen Vekoma half an hour up the road...

When I look closer at the picture I see the wheel bogies in mine train style. So i think the mine train is also coming to site very soon!

Do we know about the financing/ownership for energylandia? It is a relatively new park that has built 5 major coasters in the last 5 years, with two more on the way. That requires a fair amount of money!

Matthew Fair said:
Do we know about the financing/ownership for energylandia? It is a relatively new park that has built 5 major coasters in the last 5 years, with two more on the way. That requires a fair amount of money!
Click to expand...

It's sure worked on me because I now have it on my list of places to visit in the next 3-5 years.

Pear said:
To add to that track is on site for the Vekoma now

On SSC someone posted the pic of the leaked design:
https://www.skyscrapercity.com/showpost.php?p=158027622&postcount=18347
looks like is a double launch version of the shockwave model

iac17 said:
On SSC someone posted the pic of the leaked design:
https://www.skyscrapercity.com/showpost.php?p=158027622&postcount=18347
looks like is a double launch version of the shockwave model
Click to expand...

Already posted in this thread:-

I was at the park a few days ago and aside from a load of Zadra pics (which I've posted in the thread for that ride) I took a few other construction photos. The mini monorail is now under construction - I thought it was yet another cred at first until I realised the track was too narrow! 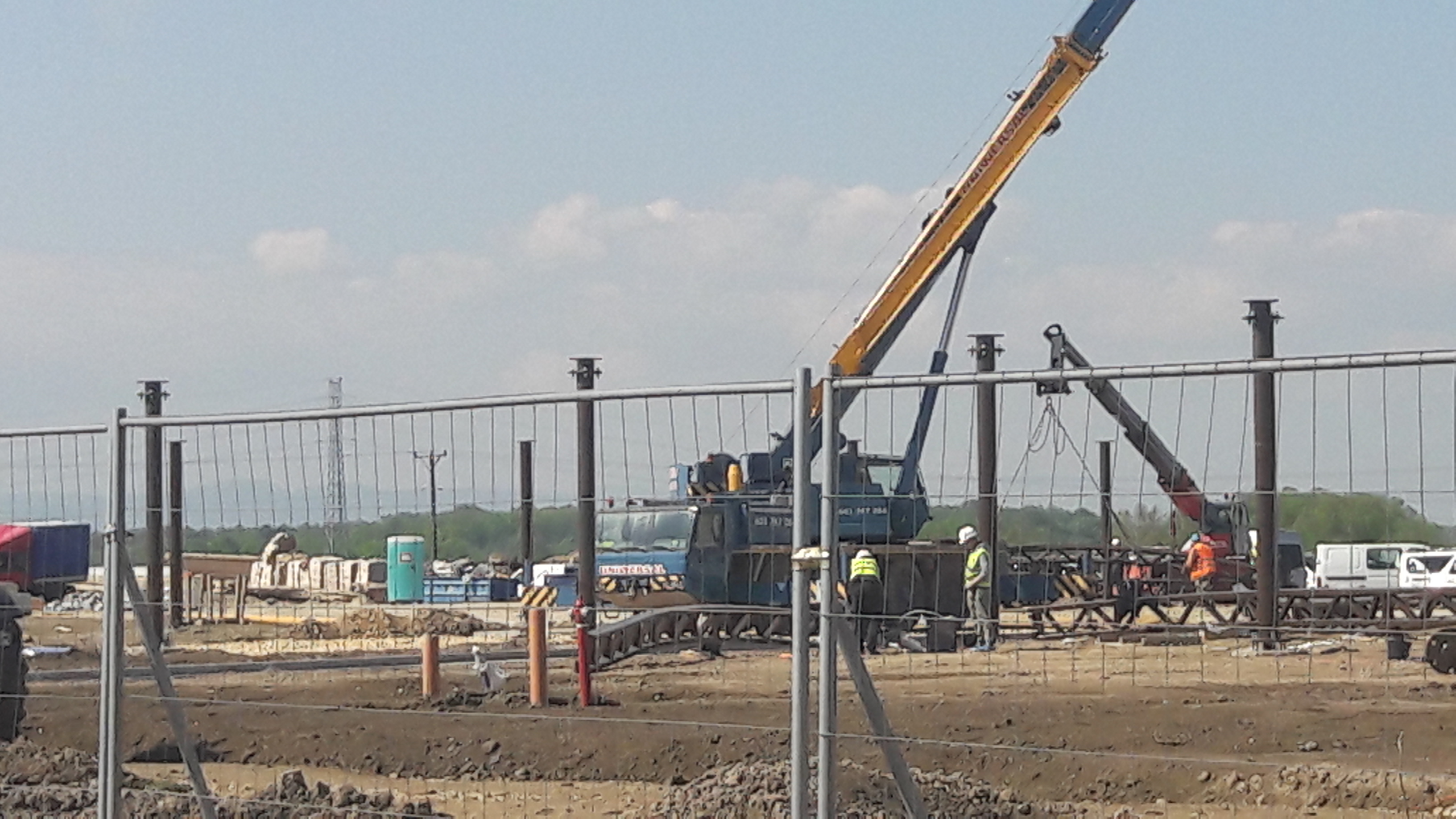 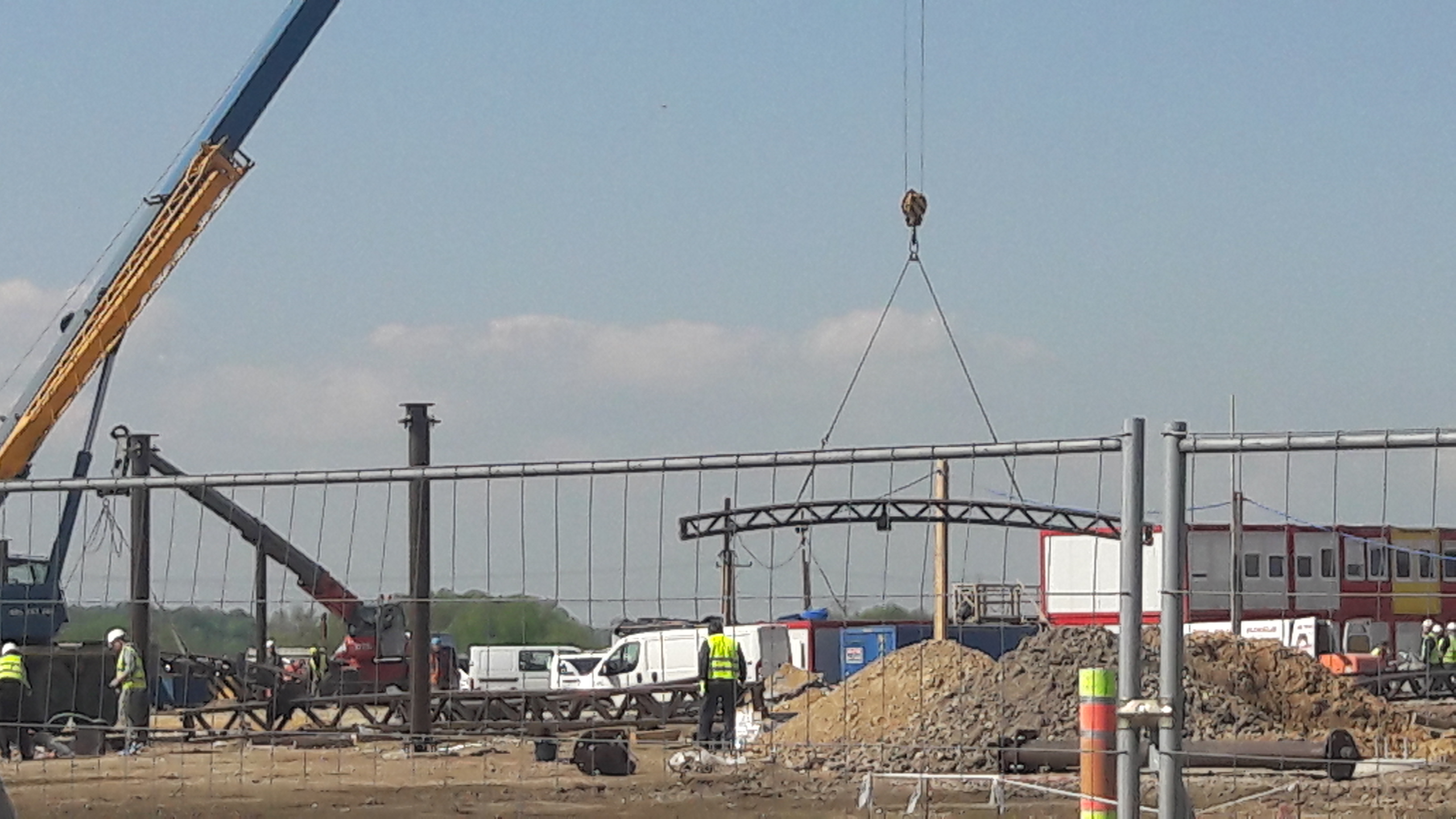 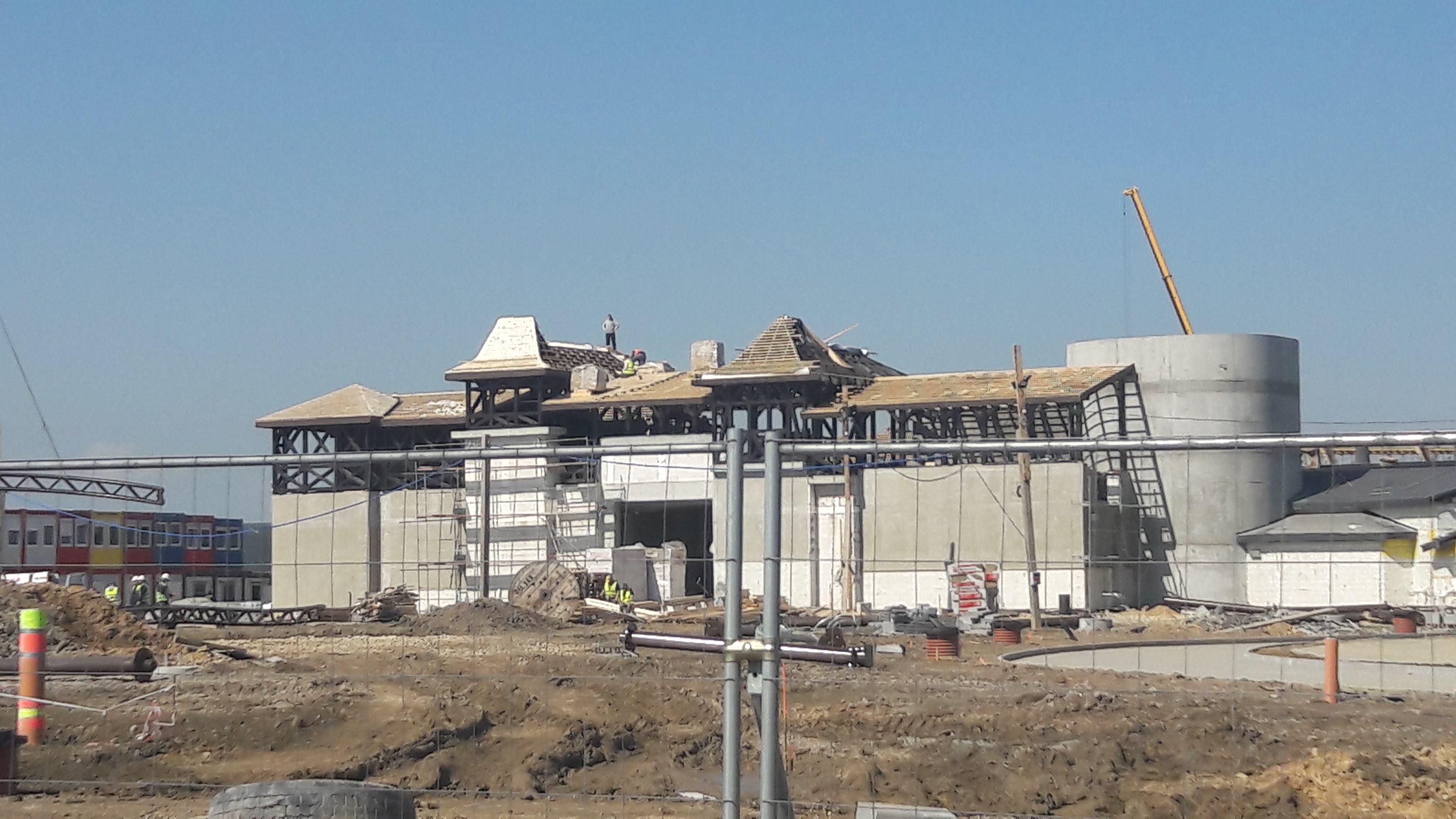 This is a theming conception of the new part of Energylandia. We got it today from a new forum member of Skyscrapercity.
So... it is a file that should not be out but it went out, so I will try to translate the most important things.
The park will be divided into four parts (elements): Fire, Water, Air, Earth each zone will be divided into three subzones.

1.1 THE ENTRANCE ZONE AND THE POSITIVE ENERGY SQUARE
The entrance zone located in the south-eastern part of the complex was divided into 3 parts. The first of them is a square with an entrance gate - monumental four pylons, symbolizing the elements. The second shopping arcade. The whole is maintained in the architectural style
metaphorically reflecting the features of the four elements. Sustainable use of such
materials like wood, stone, corten, vertical green walls emphasizes the nature of the elements and theirs nature. Passing through a shopping and service street, we come to Positive Energy Square -
third part of the entrance zone. The Energy Center building located on the square symbolizes the sum all elements

From here they lead the entrance gates to each of the elements - the world of 4 Elements.

1.2 FIRE
It is the element of power, determination and courage.The source of energy, the divine spark. Areadivided into modules
themed O1, O2, O3,

01. Gods of Fire
Module inspired by ancient cultures associated with beliefs in the gods of fire and sun,
subordinated to their strength. Maintained in the monumental stylistics of the temple of the phantastics,
providing an exciting meeting with the rulers of fire and sun.
Materials used fort the finish is: stone and boulders (with warm colors), gold applications with accents of red and black.
The indispensable elements complementing the set design are the spells of fire, torches, fiery totems.
Dominant colors: sand, red, gold, yellow, black. Musical background - instruments sounds
wind, drums, rattles (music of pre-Columbian cultures).

Small attractions:
• Interactive carousel - Fireballs of the Shaman Carousel with fireball shaped seats, painted in fiery colorsa and referring thematically to the subject of fire and sun.

02. Dragon's Castle
The module is inspired by medieval architecture and urban planning of northern Europe and legends about dragons. An urban foundation referring to the street from that period, the castle's bailey and the ruins. Materials used for finishing are: stone and wood (with cool colors),
metal applications with touches of brown and red (rusty, patina-scratched elements)
equipment inside). The essential elements complementing the set design are torches,
arches, torches, smoky, small elements of set design blackened by smoke and fire. wrought
metal grilles, gargoyles and dragon-shaped gargoyles complete the character of Dragon
Castle. Dominant colors: gray, brown, red, black. Musical background - instruments sounds
medieval, panting and murmurs of dragons, sounds of medieval workshops.

Main attractions:
• Mine Train - Dragon Sign / Fiery Dragon
Roller coaster based on the motive of a ruined and burned castle captured by
dragons. On the way we pass caverns and fire-breathing caves, traces of knights fighting with dragons,
ruins of a big castle.
• Dark Ride - Dragon's Crystal - Journey to the Dragon's Grotto
• Little Monorail - Hatchery of the dragons

Main attractions
• Mega Coaster - Mega Vulcan
An extreme mega coaster - subordinated to the Hawaiian, capricious goddess of fire
and Pele volcanoes. In the culminating points, the passage of the queue triggers the eruptions passed
volcanoes (flames, fireworks) or other illumination effects and "fiery" obstacles
e.g. a flight through flaming circles.
• Dark Water Ride - The Mystery of the Volcano
Underground river rafting, in an atmosphere of mystery and with visual and sound attractions,
related to geological and archaeological phenomena. Participants enter
the interior of the volcanic mountain, and then in boats / rafts, travel the underground river,
to the climax - the core of the earth (with bubbling lava, bang of explosion, high
temperature).
Small attractions
• Tilt'Whirl carousel - volcanic stones
The volcanic stones that are lurking around their own axis, flowing on the lava river
• Mini falling tower
A small volcano that evokes a lot of emotions
Educational attractions
• Hermit hut - standing on the sidelines, on the extinct volcano hut. Inside a hermit
telling old legends from the Oceanic Islands
• Handicraft workshops - beads from volcanic tuff, bamboo, wood, Hawaiian
necklaces, ethnic tattoos etc, sculpting MiniTotems
• Volcano Anatomy - multimedia display (construction, cross-section, eruption)

It's cleansing, feelings, subconsciousness and emotions. How our emotions flow,
they are variable and mobile.
The sector, whose leitmotif is water. Divided into three thematic modules W1, W2 and W3, inspired by coastal regions and their architecture, fairy tales, fictional creatures and the legends of the deep waters. All components of the sector, i.e. towns and transport routes, main and small attractions, elements of small architecture, greenery, etc. reflect the nature of the element, at the same time emphasizing the differences that govern variable and mobile water.

!Important!
please treat this file with a distance because we do not know too much about it, Energylandia is like to change decissions really fast... we know only that the "Dragon's Castle" section is kind of confirmed by local authorities.
Click to expand...

Is there stuff from this post that was unconfirmed or it's still possible ?


Dar said:
I think a lot of it is funded by the government/EU to boost tourism in the region
Click to expand...

Yes and no. They just get 10-20% of some attractions of public money. The most invest is made by the owners who owns a chain of discotheques in south Poland. They made money since more than 20 years... EL startet as an festival park. After one year of pausing festivals, this year the park will have more than 20 festival-days in the summer time directly beneath the park.
P

You may don't know but "Dragon zone" opened quietly today

Enjoy pics (they're not mine, they are from polish skyscrapercity forum )

They really did slip that under the radar. Are they still planning on building that hotel? Either they are keeping that very quiet as well *or* they have just not started it yet!
P

The hotel is being moved to a different date, probably because the attractions are now more important.
P

The opening of Mine Train and Shockwave+ in 2020, Tilt Later. There are 4 rollercoasters planned, of which we don't know anything yet. (Another one still under negotiation). Information from one of the Polish forum members who spoke with the owner of the park.
N

I feel like now is the perfect time for a hotel, they’re attracting huge attention from all over the world. I would imagine they would fill it with locals, never mind enthusiasts from all over.

pawel98123 said:
The opening of Mine Train and Shockwave+ in 2020, Tilt Later. There are 4 rollercoasters planned, of which we don't know anything yet. (Another one still under negotiation). Information from one of the Polish forum members who spoke with the owner of the park.
Click to expand...

Are Energylandia trying to take SFMM's record for most coasters in the world or something?
P

Matt N said:
Are Energylandia trying to take SFMM's record for most coasters in the world or something?
Click to expand...