Staff member
Administrator
Moderator
Social Media Team
It's like the grotesque lovechild of a B&M and Galeforce. <3

Nicky Borrill said:
This was their prior tweet... So something that rides different every time, likesome of the rides mentioned above, seems plausible...

Sent from my SM-G998B using Tapatalk

Sent from my SM-G998B using Tapatalk
Click to expand...

Totally (am actually back into ESO at the minute!!!)

It makes me sad someone posted this before I could try and convince as many people as possible that this was the B&M Surf Coaster prototype.

Dennlys Parc, about an hour from Calais, has purchased 8000m2 of land, between their two biggest creds Nitro and Furio, out towards their multi-lane dingy slide. From what I can gather, they hope to use the space for a water ride and a couple of smaller attractions, likely to open in 2023 (which is slightly longer than planned because of Covid). 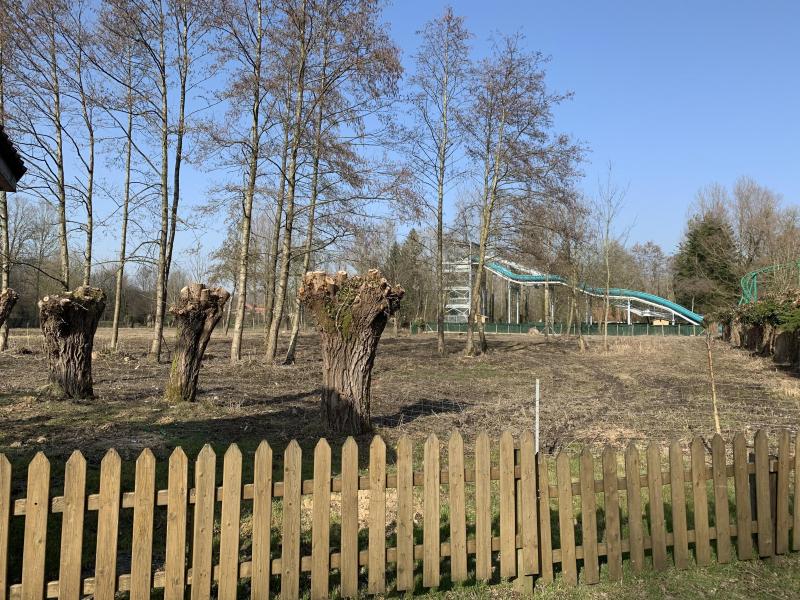 For some extra context, this is where I assume the expansion will take place, and roughly what land the park uses currently:

Great to see Dennlys expand. Didn't really think that the plot of land wouldn't be owned by the park, since it's so tucked in. I wasn't big on the park, so selfishly I'm kind of glad to hear they're not getting another cred though. I'd assume a log flume would be a logical choice for the park though, and would suit the park nicely.


On the topic of Covid, the park are also currently looking to hire around 50 seasonal staff at the moment, which is about a third of what they would hire in a normal year (last year, they ended up with about 80 seasonal staff). The park have no indication when they can open, but will still look to get people in and trained so if they're given short notice as to when they can open, they'll be ready.

And some interesting facts from this article:
-Last year the park lost about 52% of their turnover.
-This year is will be the first year since 2003(!!) that there will be no new attractions.
-There are 4 park mechanics, and they've been taking it turns to have 2 people in at a time to do winter maintenance.
-Park mascots will return this year, after not being there this year due to Covid (though I genuinely thought I saw them last year)
-The park had a limit of 3000 guests per day last year.
-They found that their booking system last year didn't work as well as planned. The only way to buy tickets was to pre-book for a specific date. But many people preferred an impulse visit, or didn't like the idea of booking online. So they're re-opening their entrance kiosks, and allowing people to book open-ended tickets online.

Really interesting insight from the park. Hopefully they do recover well!

Look's like Fantasy Island's Spinning Racer is all but completed!

I bet he had 'No Regret's' in seeing if BPB would sell up but alas it seems to have 'Come Undone' but suppose him & Mandy 'Misunderstood' that. Wonder if he asked Mandy if he could 'Let Me Entertain You'. Oh well...

VonRolland said:
I bet he had 'No Regret's' in seeing if BPB would sell up but alas it seems to have 'Come Undone' but suppose him & Mandy 'Misunderstood' that. Wonder if he asked Mandy if he could 'Let Me Entertain You'. Oh well...

But but but.... are they selling Hot Fudge?!

A new concept from Zamperla called Gryphon, skip to 1.18 to see a test model, its looks pretty whippy.

I don't think they'll ever stop with their ride-designing madness. Although honestly that just looks like a mix between an Endeavour and an Air Race.

All that being said I really hope Towers get a 4-for-1 deal from Zamperla in the near future.

If anything it's like a newer Huss Swing A Around ride. Idk how I feel about the OTSRs tho'

TIL, I always thought they were some old Chance thing.

yeah, but it's also INCREDIBLY unreliable in my visits and might be down more than it's up.