Firefly was fab, and I loved the first few seasons of Buffy before I realised it was mainly because I was obsessed with SMG. Then real girls and beer drew my attention.

Staff member
Administrator
Moderator
My thoughts are mostly in line with @Edward M above:

I like the one where Yoda goes to Harry's house to warn him about the chamber of secrets.

I would put Rogue One at 5th in my list. Bit disappointed by it tbh. I won't say anything more as I don't want to influence other peoples preconceptions if they haven't seen it yet.

I thought it was rather good - not a jolly/kid-friendly/joyful kinda movie like TFA at all though. Dark, warfilm like.
Might be the best film of them all?
Has made me want to watch ANH this weekend tho'.

davidm said:
I thought it was rather good...
...Has made me want to watch ANH this weekend tho'.
Click to expand...

Watch Jedi instead. Much better.

^ go take a teddy bear and watch Buffy instead you weirdo.

I actually agree with most of those things, and I'm not a fan of war films generally so maybe that's why I was a little unimpressed. There are other reasons I'd go into when potential spoilers are fair game (although I don't really think anything that happens in it would be a huge surprise to anyone!)

Staff member
Social Media Team
1. A New Hope
2. Rogue One
3. Empire Strikes Back
4. The Force Awakens
5. Return of the Jedi
6. Revenge of the Sith
7. The Phantom Menace
8. Attack of the Clones


Saw Rogue One last night and I genuinely loved every second of it. It had the right mix of nostalgia with action, and meaningful moments.

Staff member
Moderator
Social Media Team
1. Empire Strikes Back - Yes, it is the best Star Wars movie for advancing plot and providing good depth to the 4-6 story arc.
2. Force Awakens - This movie carried even more pressure than Episode 1 for delivering a good story and set pace for the 7-9 story arc. Yes, it's a straight archetype rip of A New Hope... but it also did not disappoint for visual and story work.
3. Return of the Jedi - I just really love the Battle of the Second Death Star.
4. A New Hope - How can you not like A New Hope?
5. Rogue One - this is a damn good Star Wars movie, especially for showing more of the war element for the Rebel Alliance. I also loved how they lean into the lack of Jedis as an important story arc, while also creating my new favorite Star Wars character, Chirrut Imwe.
6. Revenge of the Sith - My favorite of the prequels... but that isn't saying a lot.
7. Phantom Menace - Redeemed for having Qui-gon Jinn.
8. Attack of the Clones - Crap acting, horrible love story, and Hayden Christensen can suck it.

Rogue One is a great addition to the franchise, and does justice as a true prequel for A New Hope. Hoping Disney has set a good pace on which they'll build their Han Solo and Boba Fett movie spinoffs.

This is the thing I've realised with The Force Awakens. Yes essentially it is a Rehash of A New Hope but the way they've done it and imo works well they've introduced the old characters which draws older fans in whilst getting the older characters loved by the younger generation of Star Wars fans. It has the simplistic approach to get both generations excited into watching Star Wars again and basically destroying any sign of the prequels. But I definitely think that Episode 8 will be NOTHING like Empire Strikes Back and that Force definitely did set up an amazing arc for 7-9. Anyway here's my list of favourites as followed and I'll write an in depth review when I've seen Rogue One.

1. Empire Strikes Back
2. The Force Awakens
3. Return Of The Jedi
4. A New Hope
3. Revenge Of The Sith
2. The Phantomn Menace
1. Attack Of The Clones.

If Rogue One is anything like how good Force was then maybe it'll be in the Top 3 but who knows.

Actually, it's probably too late. Stone Cold already proposed to me on Saturday with his 'ring of mystery'.
But I'm totally up for a Buffy marathon

Point is, Joss Whedon is a great entertainer, but it's all window dressing. Characters and plot are reactionary rather than planned. That doesn't make them bad (I really enjoyed Firefly), but he misses a depth - much like Lucas does. Which seems odd considering the incredible world Lucas created and the tangled story. The problem was, he laid out the plan as a fantastic arc across the two trilogies, but then couldn't join the dots. I find Whedon is similar, he has a plan, but spends too much time on the "now" and then dealing with the consequences later with plot/character twists.

If you look at the other two big Sci-fi contemporaries of Firefly (well, close enough), Babylon 5 and Battlestar Galactica - they have story arcs that affect the characters and plot deeply and intrinsically from episode one - sometime you don't even know that the plot arc was there or the twists were there until episodes or even series later. It's the long game. Having said that, on an episode by episode basis, Firefly (and Serenity) are much more watchable and entertaining.

Which is why I mention it, because ESB is the long game in the trilogy. While it does have moments of action and silliness, it's laying down the tendrils of the universe and for the first time, showing us a much bigger picture in the Star Wars universe. ANH is brilliant (and laid actual rules down for how to make films - seriously, there's a document going around Hollywood that unpicks what Lucas does and says "want to make a good action film - here's exactly how Lucas did it - follow this and you'll have a hit") - however, you're on a rollercoaster ride with the characters. Their actions are forced and they literally just ride the story out without any real free will or chance to act on their personalities. This happens to a degree in ESB, but we get to see the consequences (both physical and emotional) of character decisions which gives them more depth than you see in any of the other films. The film feels much bigger than it actually is. That's just one reason why ESB is the best of the bunch, but it also has much more epic and better presented scenes.

You can break down the films into their memorable set pieces, and if you look.

As for my list - after watching Rogue One (R1?)
So the actual list is:
ESB, ANH, TFA, R1, ROTJ, TPM (just - but it's bad) and ROTS (because it failed to do its one job). Witchfinder is right, 2 is best just forgotten.

Your opinion is void though, you just used the "rollercoaster ride" metaphor on a roller coaster forum...

davidm said:
Your opinion is void though, you just used the "rollercoaster ride" metaphor on a roller coaster forum...
Click to expand...

It's okay, when it's fact rather than opinion, it can't be voided

Still banging on about ESB huh? Thou dost protest too fervently, good sir. Insecure in your own judgment, you are.
I especially liked the way you just casually tossed in the 'Leia in bikini' thing right there, like, as if that was 'no big deal' or sumat.

Too late Howie, you can't use 'Leia in bikini' to excuse your weird Teddy Bear fetish.

Howie said:
Still banging on about ESB huh? Thou dost protest too fervently, good sir. Insecure in your own judgment, you are.
Click to expand...

Sorry, it's the same conversation. Unfortunately, I don't get a lot of time to post. So it isn't a time thing, it's just like the fourth turn in a conversation. Obviously you're living post to post rather than seeing the big picture - this explains things 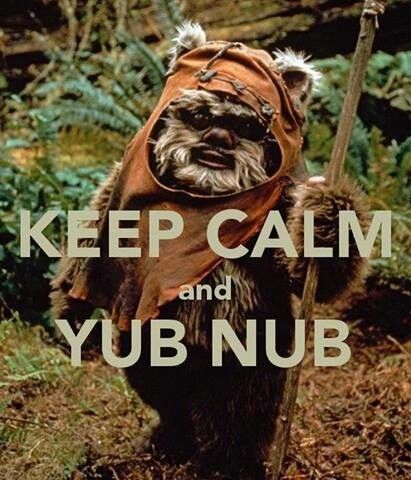 Howie said:
I especially liked the way you just casually tossed in the 'Leia in bikini' thing right there, like, as if that was 'no big deal' or sumat.
Click to expand...

Anyways... saw Rogue One last night at the LieMax.
It was good. I enjoyed it lots.
I'd need to watch it again before I can rank it properly alongside the others, but it's somewhere in the middle, more towards the top half than the bottom half.

So not as good as Jedi, obviously, but waaaay better than Empire.

1. Empire Strikes Back- arguably one of the greatest films ever made. I really have no issues with the film (which is rare for me). Every aspect is fantastic.
2. New Hope- has a good amount of prevalent problems (acting can be pretty poor at moments), but it is just so iconic and memorable. I can't help but love it. It has a special feeling to it that many films don't have.
3. Force Awakens- I was torn between this and Return of the Jedi, but I have to go with Force Awakens. I just blew me away when I first saw it on the big screen, and I can't forget the excitement I had in the theater that night.
4. Return of the Jedi- This was my favorite as a little kid. However, it is a lot worse than I remembered upon rewatching. The whole Ewok subplot just angers me, and it is a huge portion of the movie. Other than that, it is an enjoyable Star Wars movie with a few fantastic moments.
5. Rogue One- I have mixed feelings on this one. I enjoyed but found it oddly boring. Despite all the amazing visual effects, I just didn't care about any characters (except the robot). It just lacked soul to me. However, the action is very well shot, and the world feels authentic and lived in. Overall, a solid movie.
6. Phantom Menace- a bit of guilty pleasure for me. It is awful, just absolutely awful, maybe even one of the worst films ever made, but there is something so baffling about it that I can't help but be entranced by it. It is such an interesting watch, and I would highly recommend checking it out. It is just amazing how poor the film is. Amazing. (Moved it up after having a really fun movie night with some friends laughing at this.)
7. Revenge of the Sith- not nearly as bad as the other prequels but not good either. I find it perfectly alright. Acting seemed better, and the story at least seemed to have something to do. Still not a good movie (pretty poor honestly) but a masterpiece compared to the other two
8. Attack of the Clones- I can't even remember the plot of this movie, and I've seen it many times. So boring and, worst of all, just simply unmemorable. Nothing about it is good, nothing.
You must log in or register to reply here.
Share:
Facebook Twitter Reddit Pinterest Tumblr WhatsApp Email Link
Menu
Log in
Register
Top