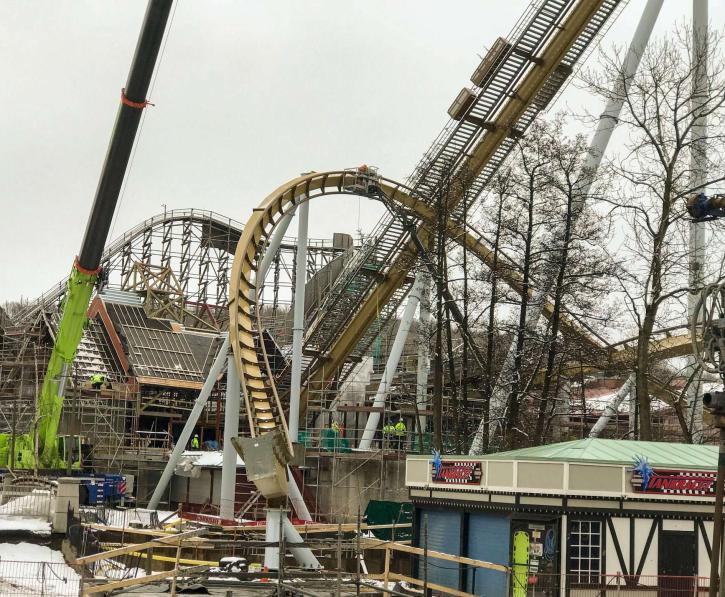 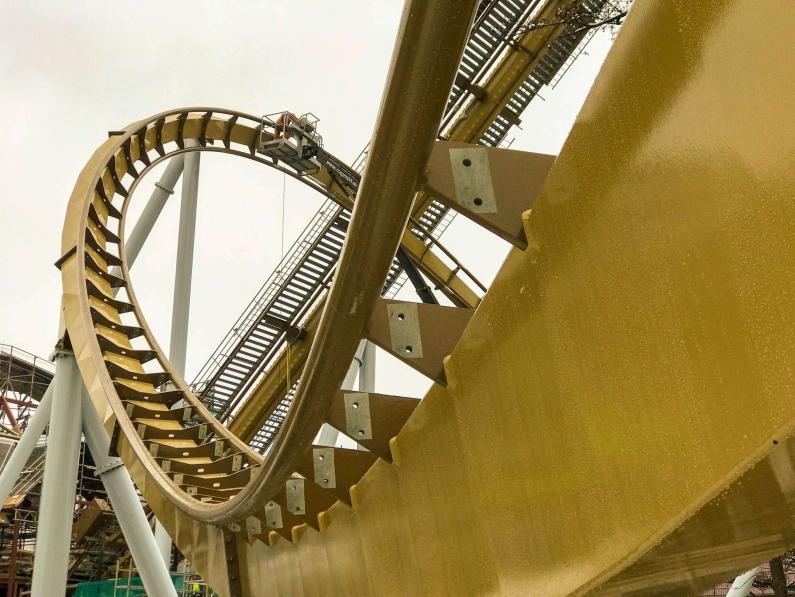 And over the lift hill too!

Hixee said:
And over the lift hill too!
Click to expand...

No, it's not. Would be insane though!

Efan said:
No, it's not. Would be insane though!
Click to expand...

Imagine seeing another car soaring over you while you slowly ascend the lift... magical!

Think this project prove B&M track is still the sexiest! This thing is going to look ****ing ridiculous under a blue sky day.

This ride is looking amazing at the moment

According to this article the ride will open June at the earliest and possibly might not even open this year due to issues with the tunnel.

Pear said:
due to issues with the tunnel.
Click to expand...

But I thought it was too small??

^ I have been eyeing up a trip for end of summer or October, so all we can do is hope! Either way I guess it may discourage some visitors from visiting this season if postponed, which could be a bonus for a first time trip... fill your boots with Helix re-rides.

I'll be there in mid-June so it's looking doubtful that Valkyria will be open hopefully that means the park won't be busy though in anticipation for opening!

Liseberg has finally overcome the issues with the construction of the tunnel!
They have been continuously pumping out the groundwater, which has been causing them problems, and finally were able dig further down. The tunnel has now reached its final depth of 8 metres. Currently they are preparing to pour the tunnel's concrete floor.

Preparing to pour the concrete floor.

Since work on the station and electrics has been continuing while they were having their tunnel problems the park have said once the track is completed it won't be long until they can start testing.
The track for the drop while sitting on the car park has been wired up in preparation.

Information and pictures from Liseberg's Valkyria Facebook group and screenshots from a video released by the park.

Thank God for that. I think this thing will look amazing when in operation (not that it doesn't already).

If they install a drain pipe to lower the groundwater level, every structure that is already "floating" in the soil will sink further down, since the equilibrium level is lowered. This also includes structures standing on the surface, since the soil loses some strength when it is drained of groundwater.

The other solution is to allow water to seep into the tunnel (relieving the pressure from groundwater by letting it flow freely - there isn't that much water coming in every hour, so it would be more of a trickle than a flow) and then just pumping it out. The Opera house in Oslo uses this technique to stay in place, there are chambers below the basement where water flows in and is continuously pumped out. But that's an "active" and quite expensive solution.

I guess there is a third solution, just weighing down the tunnel so the equilibrium level goes down to the groundwater level. But that would require a huge amount of concrete.