I was under the impression LIMs were kinda obsolete nowadays, no? I'm no expert but I think LSMs are more complex in terms of programming etc but they generate less heat, can act as fail-safe brakes and are more energy efficient? Might be talking out my arse though.

Hixee said:
It won't have LIMs.
Click to expand...

Then explain the things I've just pointed out - LSMs would make more sense but it wouldn't surprise me if Vekoma have tried to simplify the design as much as possible, they have a history of not altering their train design for different systems, for example, RnRC using a catch car on its LSMs cause Vekoma didn't feel like re-designing it's chassis. And why are there friction brakes after all the launches? Idk it doesn't sit right with me.
T

Part of that can be explained.

As mentioned, Abyssus features brake fins on the train as well as magnets for use with the LSM launch. It also uses brake fins in the final brake run, as well as friction brakes AND magnets on the "Top hat".

However, this goes for their "thrill"-train, not for the family ones. As far as I know, those only feature a brake fin underneath. This does not rule out the possibility to mount magnets for use with LSM modules. But the video clearly shows LIM modules, which I'd normally just call a mistake in the model, BUT they took the time to include the custom train design in the rendering as well as LIM modules, while you could just have used LSMs to avoid having to change your basic design for rendering.

Allthough I am still suspicious, it actually looks like this coaster will indeed feature LIM launches instead of LSMs. Everything in the video points to LIM, and even though it is less efficient, it is cheaper (especially with a large amount of trains) and the power consumption does not matter that much with lower speeds.

As far as I know the magnets for LSM launches are quite heavy, I can imagine them causing difficulties with the overall train design as the whole wheel setup will be subjected to higher forces during the ride.

Hixee said:
It won't have LIMs.
Click to expand...

Saving this post here for when it's confirmed it has LIMs.

But a ten year backwards step seems very unlike Vekoma, seeing how far they've developed their tech in the last five or so years.
Last edited: Aug 7, 2022
N

Footers are in for this. I can see them

Why isn’t this in the construction thread?

i305_zack said:
Why isn’t this in the construction thread?
Click to expand...

It was announced nine days ago and the only construction update has been someone posting that they've seen footers - but there hasn't been any photos.

I've moved the thread now, try not to be quite so brash next time, it's not a good look.
N

As it may be of interest to some, a quick snap I took: 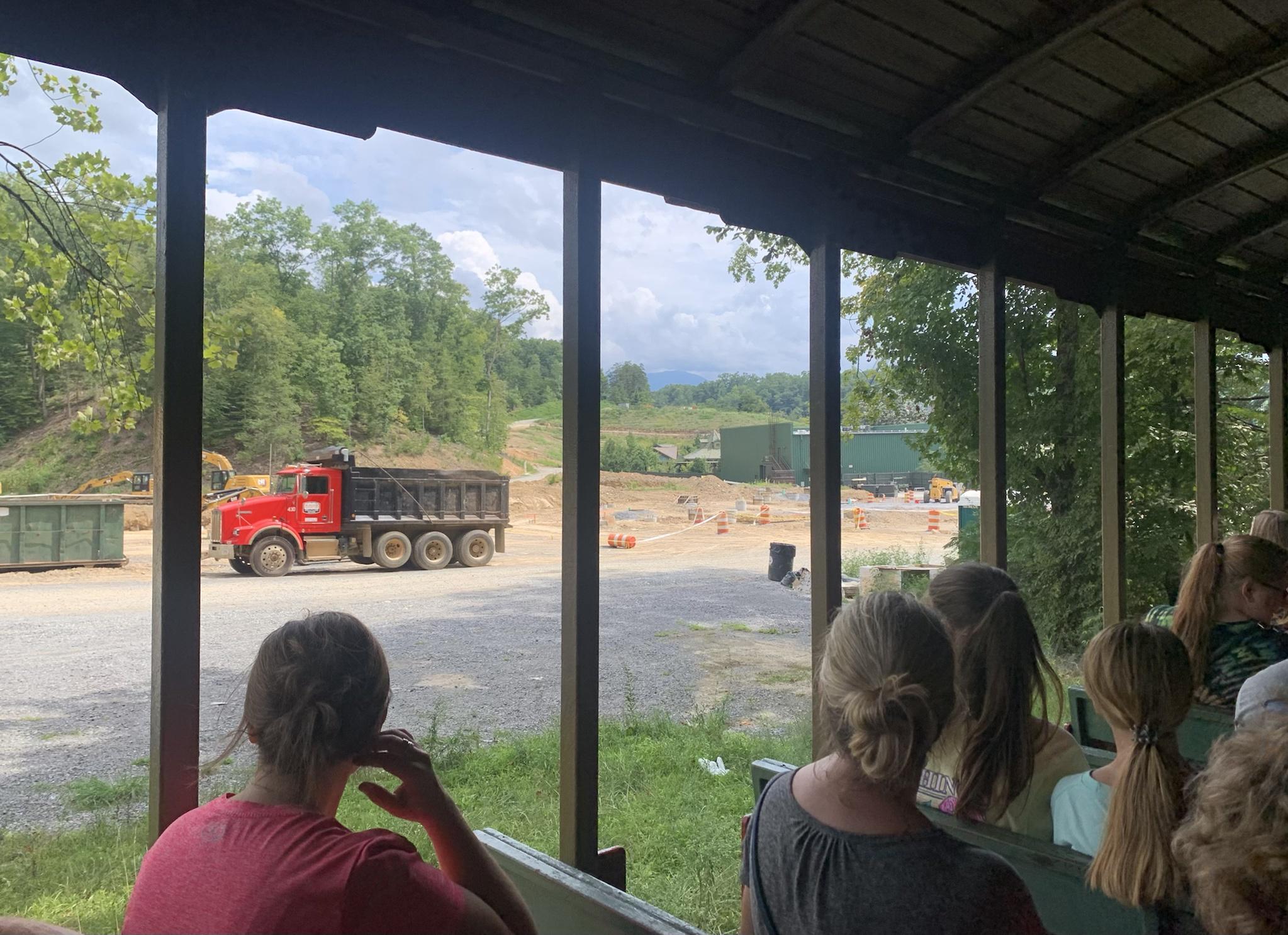 Some initial brickwork for the station appeared to have been laid as well.

Hixee said:
It was announced nine days ago and the only construction update has been someone posting that they've seen footers - but there hasn't been any photos.

I've moved the thread now, try not to be quite so brash next time, it's not a good look.
Click to expand...

Hold up here, I was just asking a question?

The only real reason I see this using LIM instead of LSM is down to a short launch requiring higher torque as the deliverance is actually a bit different. Other than that, I'm not sure why they'd want to front the ongoing expense of LIM.

Or they posted Ice Breaker photos from 2019, hard to say.
E

Why is the track so ugly? Weird to see as the usual modern Vekoma track looks lovely.
F

More track is on site, it does look funky: Source My theory is that Vekoma has either produced a special track for this coaster or it is a new line of track gauge for family coasters. I was surprised to not see the MK1101 system for Big Bear Mountain but the CGI had proven me wrong this whole time!

I thought that when the coaster animation was first released. I thought why the hell is Dollywood installing a Togo.
F

Psycoshark1 said:
I thought that when the coaster animation was first released. I thought why the hell is Dollywood installing a Togo.
Click to expand...