Right now Im thinking never say never to any ideas. It is not impossible to for B&M to make a giga that isnt all about airtie. Unlikely, but not impossible.
Really, none of us have any provable ideas about what its going to be and anyways were finding out very soon!

also, what is the exact time that it is being announced in Canada? the countdown says 1 day, 14 hours, 53 minutes, so does that mean around 5pm on wednesday afternoon? can someone confirm this for me?

I hate freaking time zones and living in Sydney.
E

B&M woild go to 300ft I think if asked, In an interveiw thing posted here week or so ago b&m said they cant see why not, they would go to that height If asked to.
J

I think that it will be completly different then what we are speculating. I think it will be somehting new.

And something new immediately narrows it to 9+ inversions, launched (not sub-contracted like Incredible Hulk), 4D or giga. Those are things B&M havent produced yet.

It will be different then what we have seen coming from them, that is for sure.

Switching between the hideouts'...
R

Well Looks at CW website now another teaser is up, It says its going to break a record, So i guess worlds first one ?
I see Defo Raptor theme there and Also something Flashes Up Really quick But you cant seem to see it ?
R 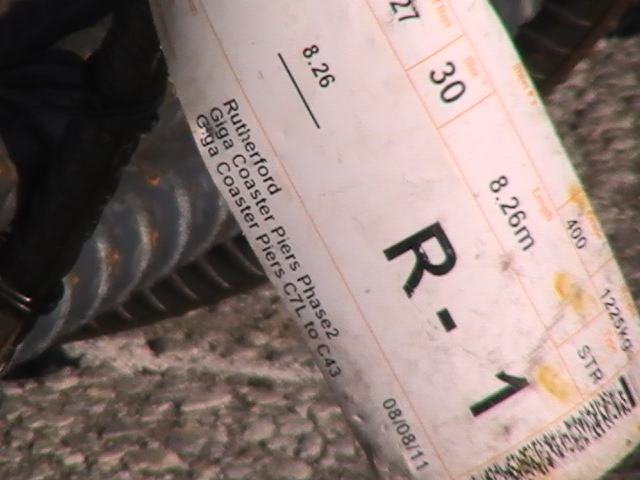 The only HONEST to GOD record I can see being broken by Cedar Point, especially by B&M, would be the highest lift hill on a single ride. The rumors of it towering over Windseeker, at a possible 330 feet tall, may very well match up.

As to the name of the ride...what kind of Celestial Serpents are there? Hell, even mythological. The only one that pops into my mind would be Basilisk...based on the eyes alone and the shadow that is over cast in the clouds briefly.

Here is an image with what I am assuming is meant to be outlined.

The lower "fangs" move back and forth briefly during this, and thankfully my PC is about to kill itself trying to load that, so I saw the movement for what it was, not as a possible figment of my imagination. Also, when this is brought up all the way, serpents eyes are shown as well, flashing back and forth.

Edit: Now that I am looking at the image more, I see a possible Wing Rider train, but the shadow on top would be where a rider is imaged to be sitting. I do believe the wing rider theory is most likely no longer true, and that we may see a new form of train from B&M meant for higher G-Forces than we have seen before.

As I said earlier, I think they may be going with mythological, even Fantasy worlds type serpentine creatures names. I'm not going to lie, that looks like one of the dragons from Pokemon Black/White (Rashiram). I am going to end up scouring my mind ALL NIGHT to figure out possible creatures, video game creatures this could be based off of ><

Regardless, I am now HIGHLY interested in this, almost as much as Dollywoods W_E Wing Rider :3

^ I think the name Basilisk would be great!!
Im really wondering where this is going to fit into the park?
Hopefully it goes somewhere where theres lots of boring rides and not much people attracted to that area.

Universal owns Harry Potter rights, and they would go after them if they even thought of that name, I;m going with Raptor, the eyes seem to be that of a beast, and I mean Raptor at CP is themed to a bird, this could be more like the Raptor everyone learned about as a kid, the dinosaur.
R

^Yes but basilisk is an actual mythological creature. It's not actually a Harry Potter phrase. The only thing that concerns me is, if it is indeed a giga, is that people will still be confuse it (the new ride) with Behemoth, despite different colors and names.

^And how many people DON'T think of Harry Potter first when someone says "Basilisk?" The name Leviathan has been thrown around a lot, and that would be perfect, since the mythic Leviathan has some correlations with Behemoth and since it is a gigantic water-dwelling dragon. Blue track, dragon shadow, reptilian eyes...
I keep hearing that a gigacoaster would be too much like Behemoth. I just don't know about that. Look at I305 vs. Bizarro. B&M has been proving again and again the last couple seasons that they're finally willing to start pushing the envelope with their designs. Sky Scrapper, Raptor, the new invert at Parc Asterix, even all the way back to Hydra. I trust them with this. There's no reason a gigacoaster would have to look or feel anything like Behemoth.

^ I don't think of Harry Potter when I hear Basilisk. I think of Magic the Gathering to be completely honest. While I agree that Harry Potter has made the word Basilisk more common, a Basilisk is actually just a small freaking lizard with a deathly stare that will turn you to stone and with a very venomous bite, not some giant serpent from the Harry Potter movie. While I did think of Basilisk at first, it was mainly due to the eyes and nothing else. I'm kinda feeling Leviathan, but I think they can do something better than a giant sea serpent.

^^ Please go up and read my Wildebeest and Mammoth quote. If you are to lazy, let me re-iterate it for you!

Mammoth is a larger, longer, bluer version of Wildebeest. Would people confuse them? No, because Holiday World is ADVERTISING and HYPING up Mammoth. Hell, just to add in even MORE possible confusion, the two are RIGHT NEXT TO ONE ANOTHER! Since Behemoth and the new ride are on different sides of the park (or so it seems), it will be less confusing overall. The ONLY people that would get confused, are those that are blind and deaf to be honest. One is Orange/Yellow, the other is Blue. Two colors not even REMOTELY close to one another. Plus, the park is going to hype the **** out of this ride. Basically, they will make sure you, your mother, your grandmother, your family, your extended family, your Facebook, Twitter, Google+, MySpace, Livejournal, Blog, Tumbler and others Friends list or Followers, will know the difference between the ride. I know this is a bit extreme, but please see the point of nobody in their right mind will be able to confuse the two.

^^^ Raptor is either a bird of prey or a dinosaur of the Raptor family (Utahraptor, Velociraptor, Deinonychus. NOR are they the tallest of the dinosaur family in any category. They were smart, not much else...I can go one mind you to disprove the use of that name :3), NOT some giant evil Mythical Serpent that is prepared to take you, bend you over and possibly dominate the hell out of you. Raptor doesn't say that. Basilisk can, and the only reason why I said Basilisk is because of the serpents face, eyes and scowl. NOW, when you add in the foreboding shadow in the sky, even Basilisk doesn't seem to fit. Some people have suggested Leviathan based off of the color of the track alone, but Leviathan is a beast of the deep, blue sea...not the sky. If this ride has any water features, I can see this one being used. Outside of that? Not at all. I honestly still can't think of any form of ancient, mythological, fantasy serpent beast without going into the Final Fantasy realm. Until the announcement, I'm not putting my money on Leviathan or Raptor.

^^^^ Based off of markers, it is going to take over part of the parking lot and head toward the front gate (which would FURTHER make sure you know the difference between the two! This is to you RCF). I had heard there is an image floating around of this a very steep lift hill starter piece being transported there. So this may be a start for a steeper lift for B&M as well.

I do believe that they are using a new form of train on this ride though. Can't wait to see the announcement and begin making planned trips for next year

Surely it'll be named after a constellation if the clue is "celestial serpent"?

Worth noting Hydra is the largest constellation.

Well.. another Giga? Might have to go for a drive next year.

I wonder, now that it's official that B&M make Gigas, can we expect the one at Port Aventura to be one too?

^^ To be fair, you should have made the drive long ago. It's a sick park .

I'm actually really excited for the announcement considering I'll get to actually ride it and it seems decent.
R

Ime still Thinking b&m Giga, I mean with all evidence seen as pointing towards a worlds first coaster from b&M i say giga.

EDIT: i also have a big Feeling they are going to remove Dragon fire imo ?

someone please confirm this: I already asked, but the COUNTDOWN says 8 hrs 50 mins, and if it is currently 810AM, that means announcement will be at 5PM, right?
I know I already asked, but im getting confused cos different people are telling me different things and I dont want to miss the live announcement.
Its seeming to be the most exciting coaster of the year and if I miss the announcement that'll suck. I love staying up and waking up early it adds so much more to the excitement.
You must log in or register to reply here.
Share:
Facebook Twitter Reddit Pinterest Tumblr WhatsApp Email Share Link
Menu
Log in
Register
Top