Why on earth us there coaster track?

This whole park is just amazing, however I too don't understand the coaster track feature. It makes no sense and doesn't even look that good.

It's not coaster track, from the looks of it, it'll be supports for some sort of roof structure, I'm thinking something along the lines of Aulani, but curving: EDIT: I just looked, at if you take a look at this map, you can see what the structure will look like, at the bottom: 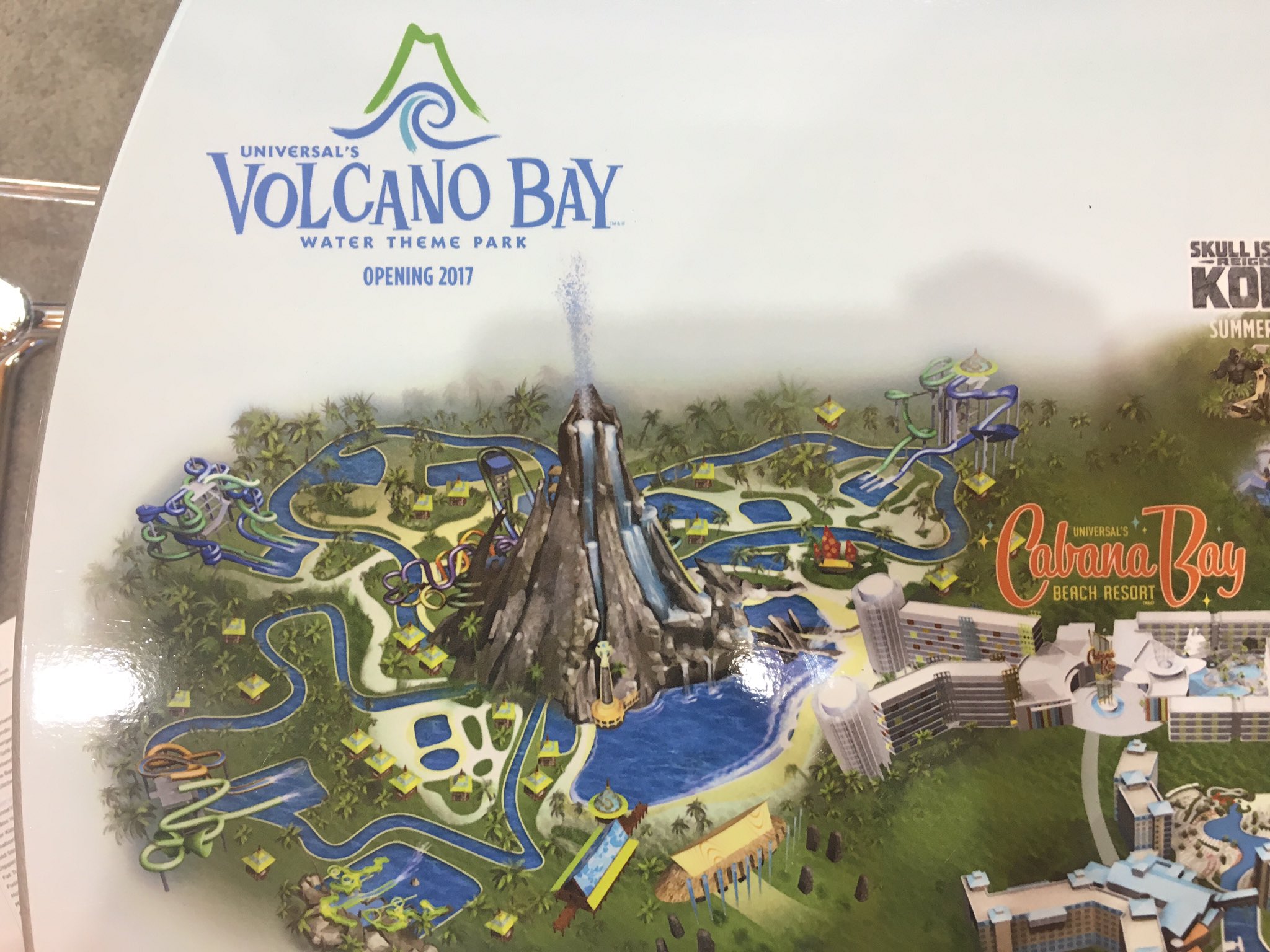 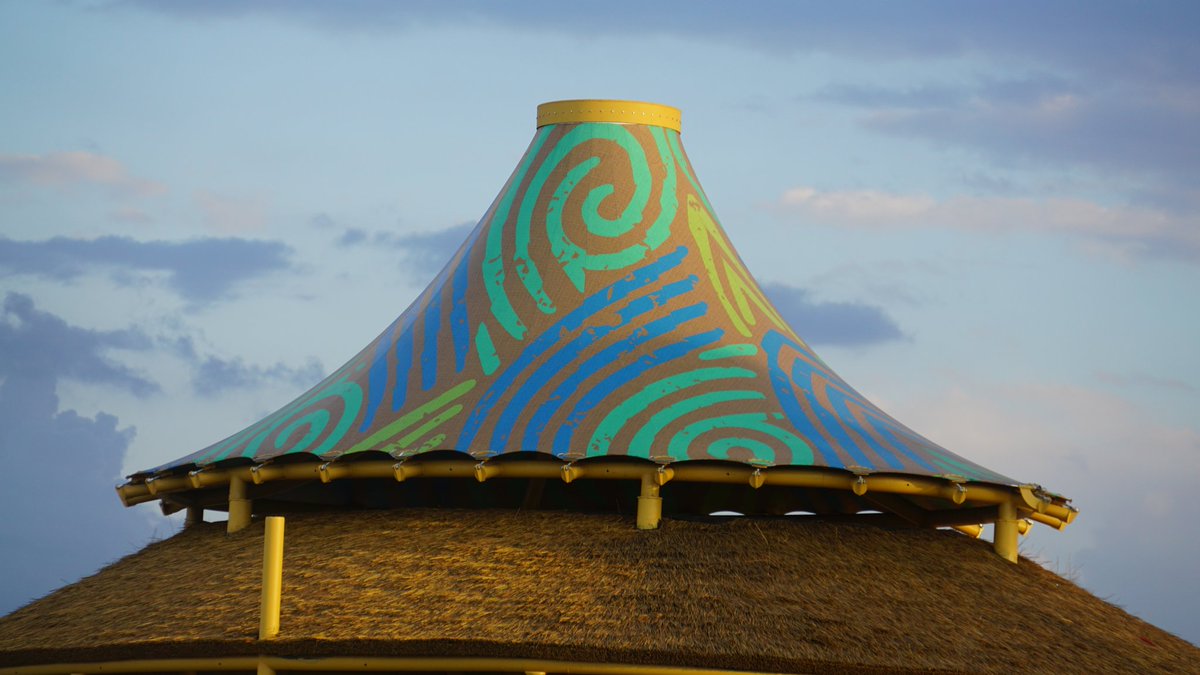 This and Avatar Land look like the winners of 2017. 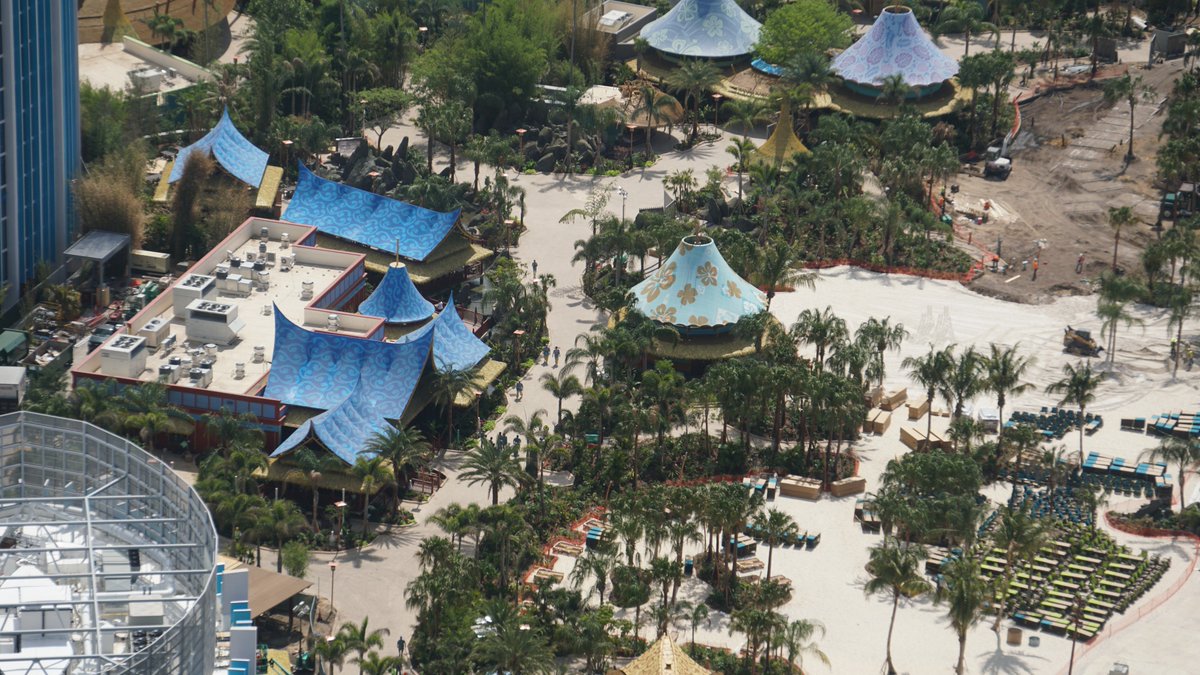 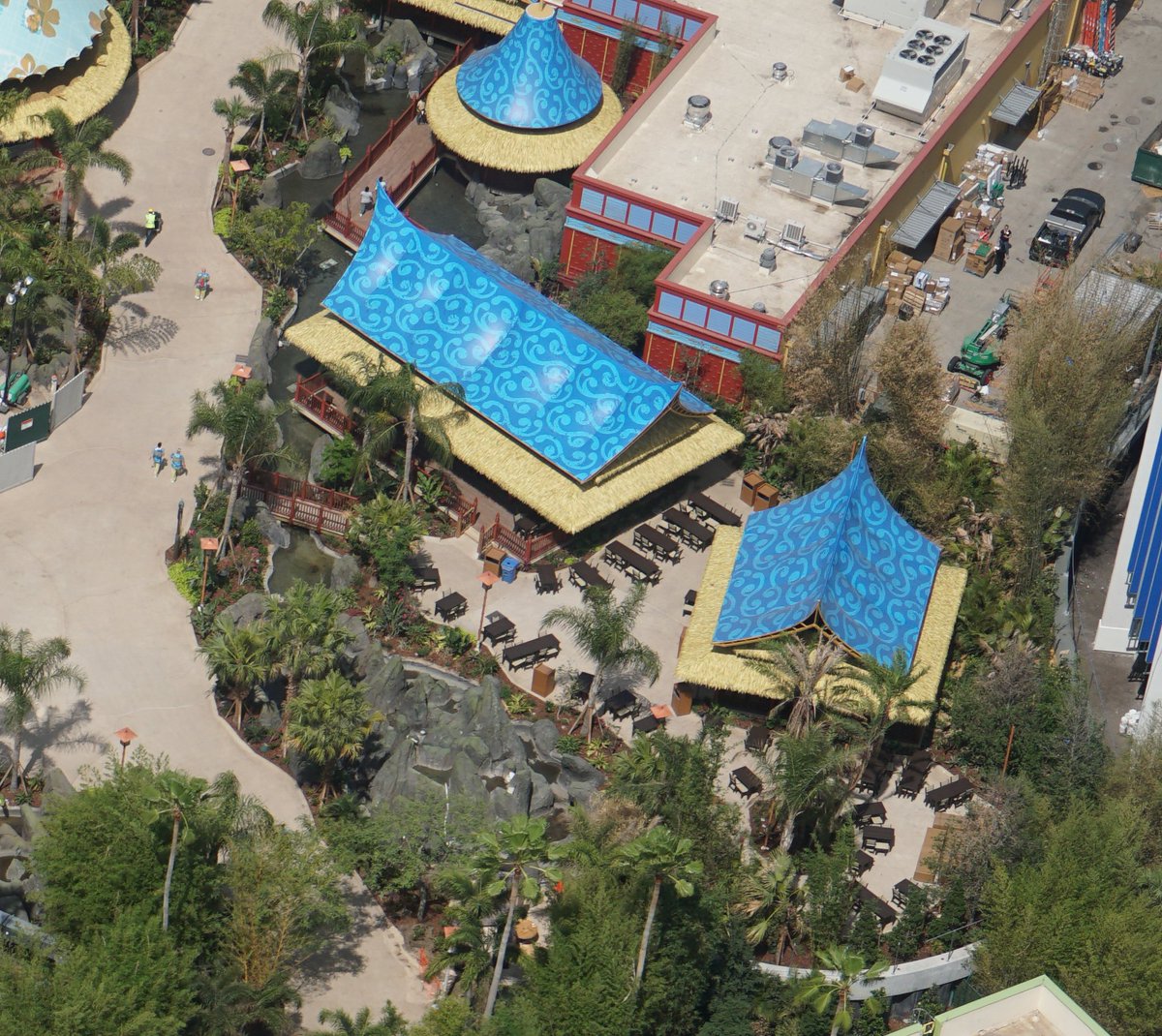 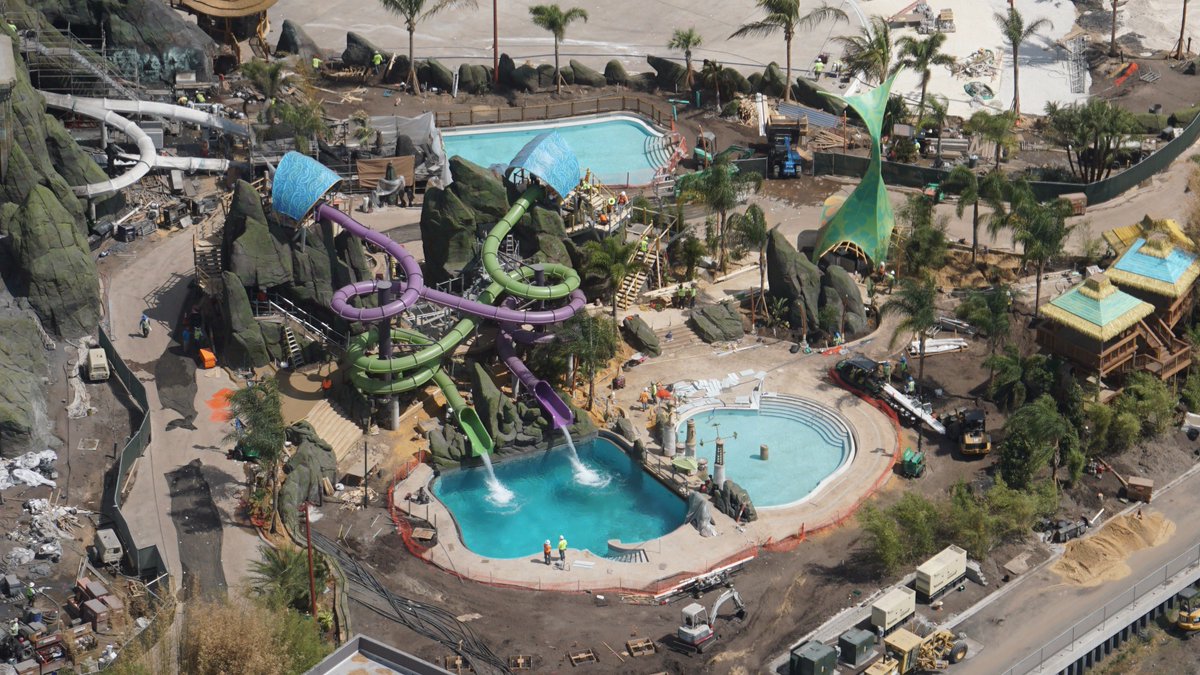 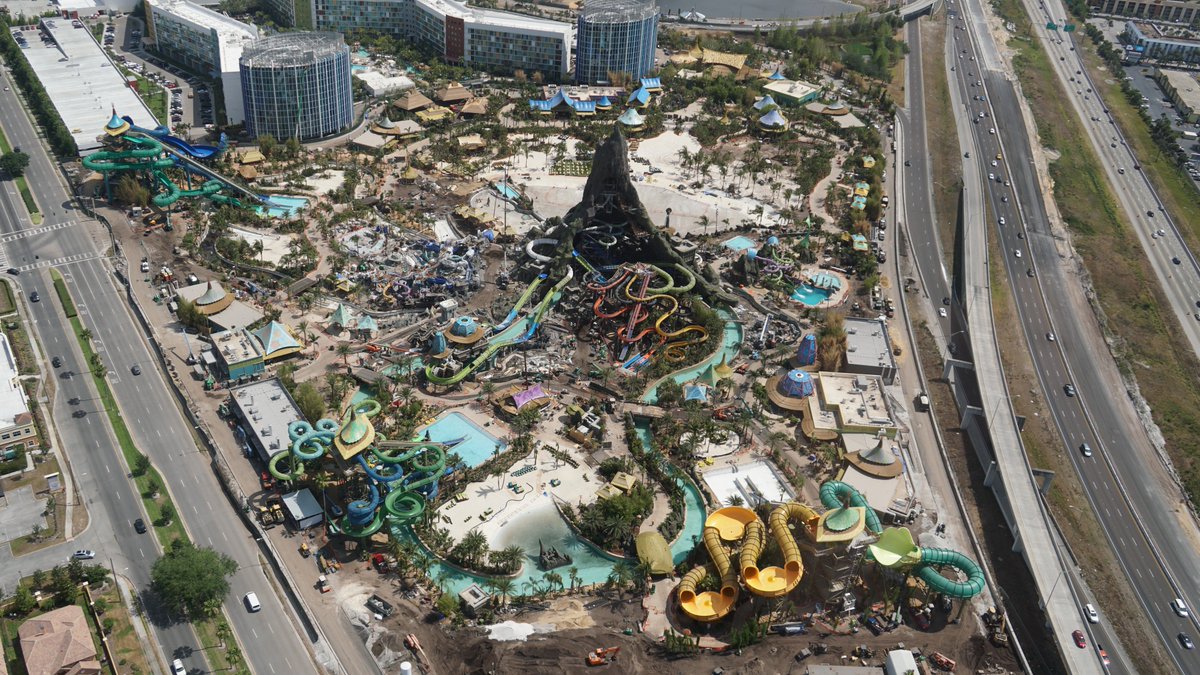 Does anyone know what supposed to happen to this side? 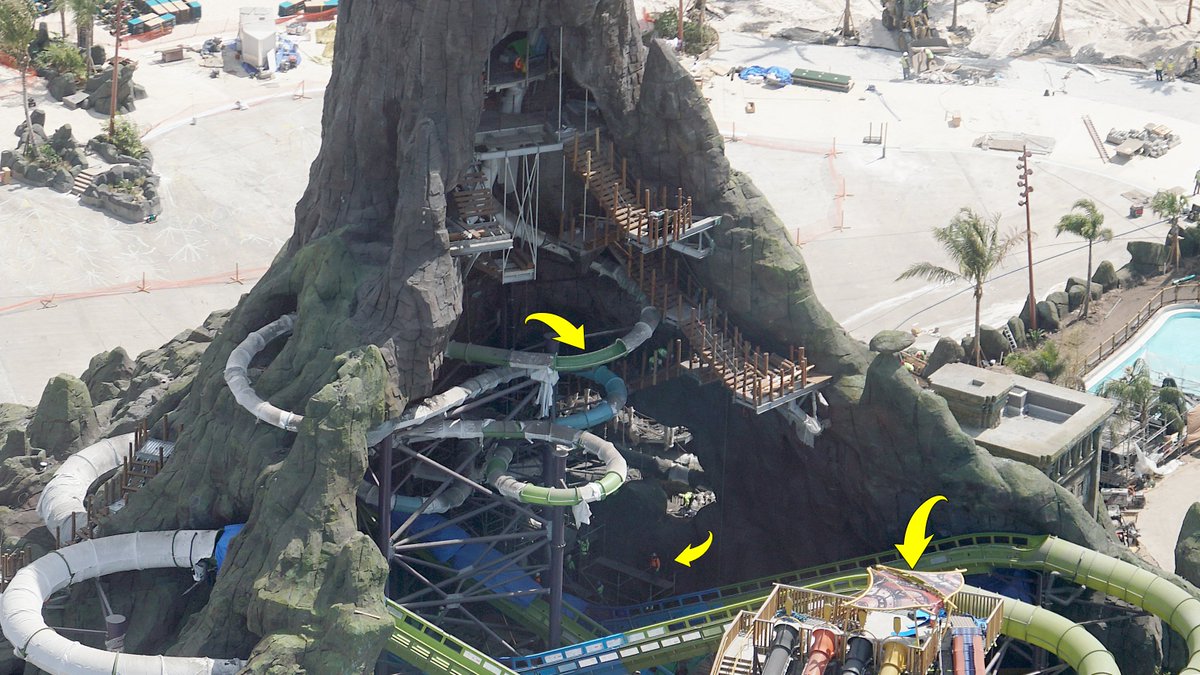 Whats with the arrows? You've got them pointing at 2 different slides. The lower one is the master blaster type one.. and the upper is a drop box that looks like it needs a new top piece (maybe it didn't fit right or was damaged when the storage area caught fire last fall)

Oh good sorry I forgot the arrows were there - it was from the source. I was talking about the volcano being left completely open like that.
J

Please don't tell me they are going to leave all that steelwork in plain sight. It seems like an obvious thing to miss yet I can't see how they might cover it up?

Pink Cadillac said:
Oh good sorry I forgot the arrows were there - it was from the source. I was talking about the volcano being left completely open like that.
Click to expand...

Does look weird. The volcano will look amazing from the beach inside the park but a bit **** to everyone driving past. I would have thought it's not going to stay that way but it does look like the rockwork is finished.

Hmm.. I hope they're adding foliage to the volcano. At the minute it looks a bit.. I wish they hadn't painted the waterslides all different colours, it always looks cheaper and tackier than a more unified colour scheme.

This is kind of disappointing I must say. I didn't realize this huge gap existed, and it makes it all look a bit, well, plain. The idea of this huge volcano encompassing these water slides inside that you can't even see was so exciting. It was an idea that seemed so different from every water park in the world. There would be areas to explore, and it would be like a Harry Potter-level themed water park. However, it is starting to look just like any other water park. It looks like the Volcano is just lacking a complete other side. The "eruptions" won't work as well when it is obvious that the entire Volcano is just two massive walls. I mean where is the lava even coming from then? You can see the steel framing right now! There was so much mystery to the entire park within its concept art as slides weaved in and out of the volcano. Now, it all seems so exposed and, worst of all, like most other water parks. They could possibly cover up the exposed steel and perhaps fix the volcano's obvious openness, but they only have 27 days until opening. I'm fairly sure what is here is very, very similar to the finished product. I hope I'm wrong, but this doesn't look like the park will be so different from every other water park in the world.

So CNN was able to get a sneak peak inside the park, and holy crap does it look amazing. 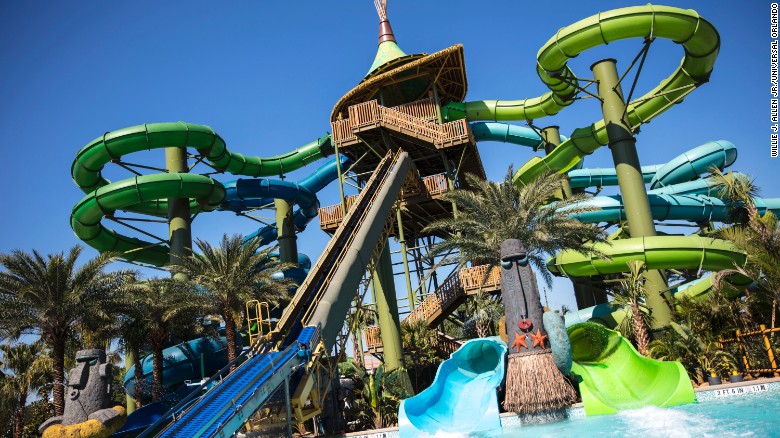 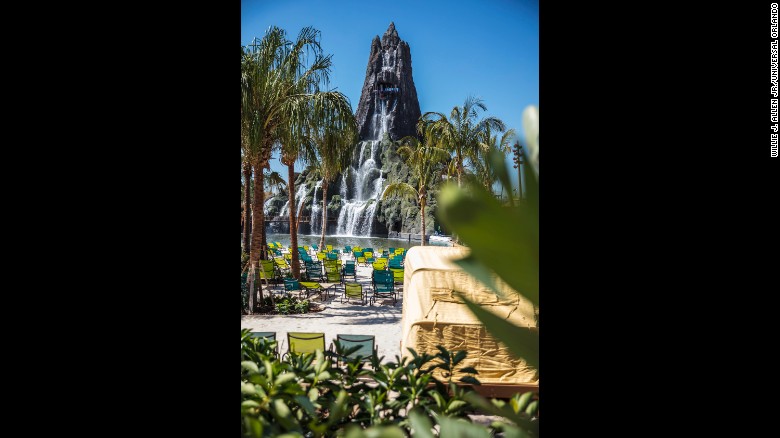 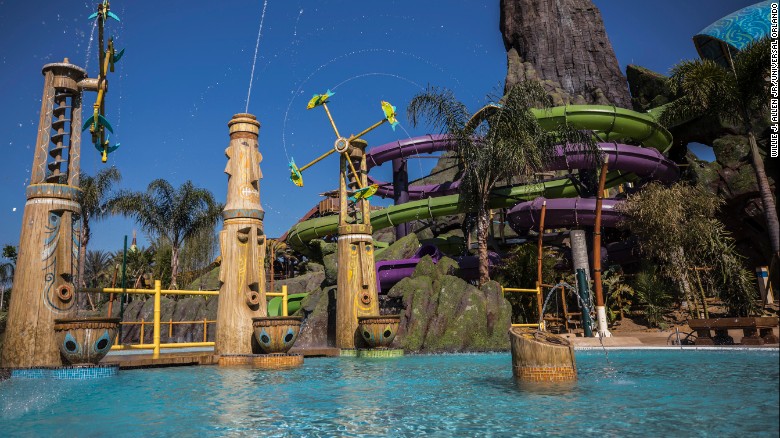 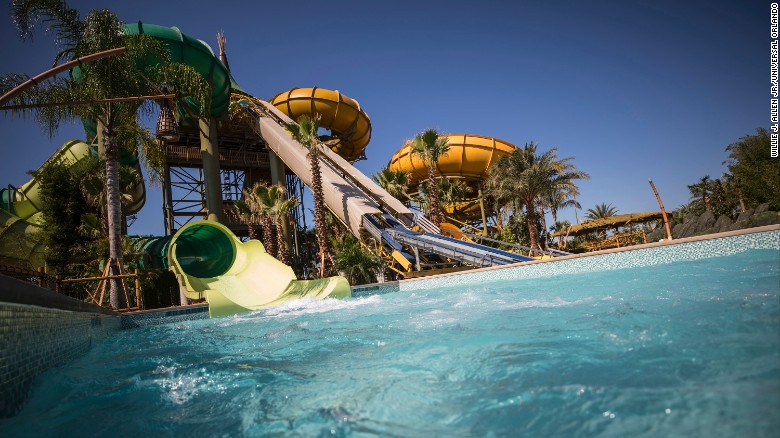 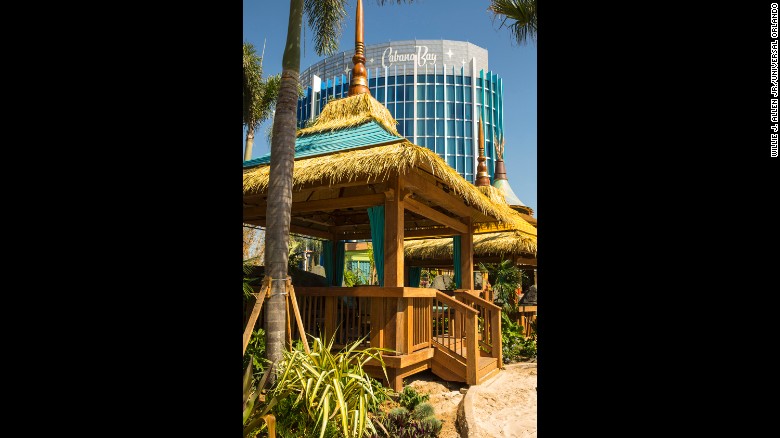 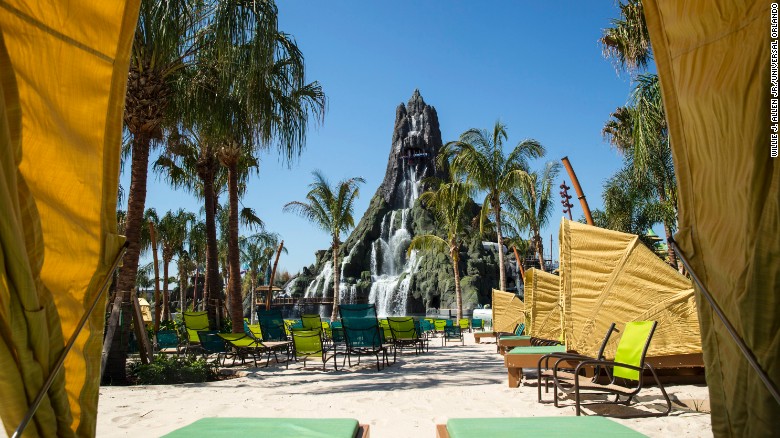 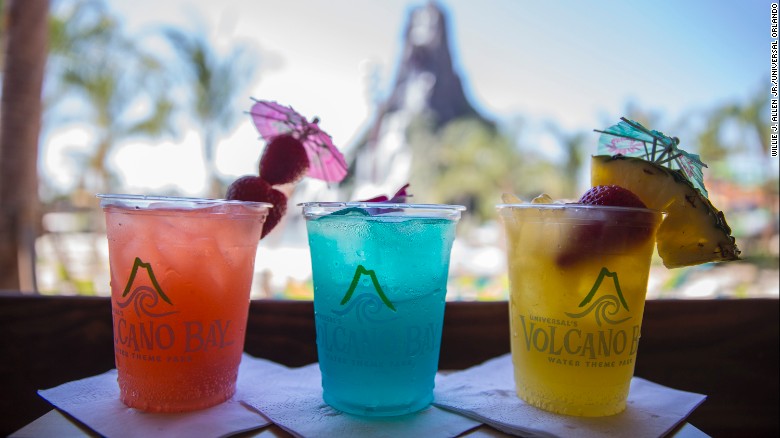 This is seriously a contender for being the best waterpark in the states. The theming and landscape is mind-boggling.

I wonder who you got that link off @GuyWithAStick ...

This waterpark looks cool, Take note Merlin, We want one in the UK!

Yeah, I was hoping the inside of the volcano was going to sort of be enclosed and bathed in red light inside, so it felt like you were in an actual lava chamber. Then you would have had a cool effect of darting in and out of the core when sliding.

When I was driving home from work last night I saw the volcano erupting, a whole bunch of smoke pouring out from different areas and spotlights going all over the place. And a few days prior, I saw them testing the waterfalls while I was driving into work. It looks really nice.
You must log in or register to reply here.
Share:
Facebook Twitter Reddit Pinterest Tumblr WhatsApp Email Link
Menu
Log in
Register
Top