What Tom said all that time ago still goes!

I just made a new one because this whole "no post exists" is really grating me.

Boy, she really sold out with this one. All of the tracks are over-poppy. The pop cheese worked for Girlfriend, but it just runs totally dry after the first two tracks.

I really like some of her old ballads, but the two on this album are awful. They're half arsed and meaningless. Meh.

So yeah, don't get this album. If you want the two good songs off it, they're Girlfriend and Hot. The rest is arse.
D

Thanks for the Memories - Fall Out Boy

Probably the best song they've done, in my opinion. That video is amazing in the way that it includes monkeys! Watch the video here and see what you think...

mrclam said:
Best music recommendation i can give is to go to:

Another useful site is www.purevolume.com ... its like Pandora, except you can actually choose your band.

And a load of people here use www.last.fm

danthecoasterman said:
Thanks for the Memories - Fall Out Boy

But that's like saying syphilis is the best STD...

In Search Of... by Fu Manchu

This is rock music, classic sound, classic feel, made my dad think of the music he used to listen to in the 70s. This is they're best CD by far, with songs like Cyclone Launch, Asphalt Risin' and Redline. Just ask James, this band knows how to rock!
R 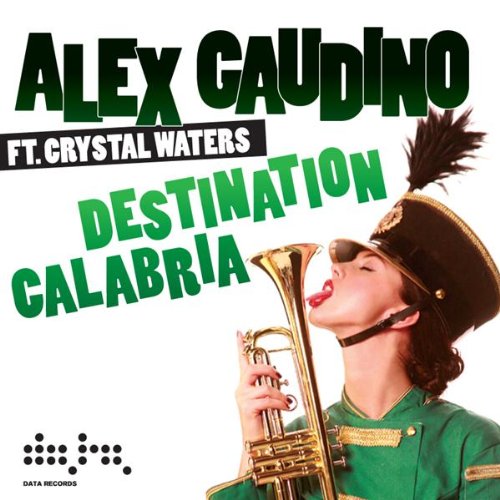 Alex Gaudino has remade the song Calabria - Drunkenmunky and it is amazing!
I'm addicted to this song so much and the video makes me laugh
She's such a slut. 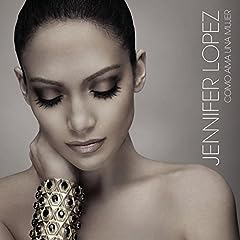 Jennifer Lopez has released her latest full spanish album and it has grown on me! At first I thought it was a bit crap because first of all it's in spanish and second of all all the songs are sort of slow. It's not J-Lo's best album ever but it's still good! It was never meant to be much of a hit in the UK or USA anyway because it's spanish, so it doesn't really matter if it flops

It's doing well in Spain and that's the main reason she released it. She's working on a new album that will actually be in english next... woo!
T

It's just been released on Digital Download today, (not available in all places yet but it will be soon)

Words can't describe how messed up the song is but for me it all strangely fits together and creates one thumping tune. Inspired by a dream where a wave of people crash over a plane and then go on to uproot the Whitehouse and wash it away, Bj?rk has described this single as a "justice" song.
L

Alex Gaudino has remade the song Calabria - Drunkenmunky and it is amazing!
I'm addicted to this song so much and the video makes me laugh
She's such a slut.

Tunnneeee! Some great Bass in that song, though I cant choose which version is better, Drunken Munkey or Gaudino...Still both great tracks.

Same trance goodness with this. Tiesto is my favourite artist of all time. Great tunes.

I haven't posted in here for soooooooooo long but I have a new album that I would certainly review and recommend...

Melanie C has always fought the British media as a solo artist. None of the girls are given a chance to succeed in the UK, hence the fact that Mel is rocking up Europe and doing very well at it.

So is This Time any different? The fourth time around on a solo record and Mel has well and truly crafted a fine art. This album blasts into the first track with gusto and enthusiasm with an almost Coldplay style feel. It certainly screams to be a single.

I Want Candy may have been a mistake as the lead single on this album but it was also a soundtrack on the film of the same name so it can be forgiven.

Mel has once again proven she can hurtle through several styles and pull it off. There is no Cascada style repitition here. Every song has it's strong aspects and the thing that really comes through on this album is the strength of the melodies and the lyrics. Tracks like This Time and The Moment You Believe (the lead single in Germany) are most definately capable of being part of the soundtrack of your life!

Forever Again is a total masterpiece of a ballad with a very strong riff running and once again lyrics that are strong but not obvious. This is not your typical love story. Another faboulous potential single!

Same trance goodness with this. Tiesto is my favourite artist of all time. Great tunes.
Click to expand...

I've never really listened to the choonages on that album tho it's on in my car atm and I skip all the ones I don't know, i'm bad like that tho Love comes again sounds mint in a car!!

The title track Elements of life is AMAZING! Mmmm the sexy breathing about 1 min is is wow the best sound ever!! and also Ten seconds to sunrise is fab!! then there's Sweet Things which is awesome and I even love In the Dark and Everything is growing on me too. There's piles of **** like Driving to heaven and Break my fall but maybe they'll grow, doubt some will tho!! But mmmmm get most of the choonies on it as they're brill!! Bring on the 20th April ****ing partaaaay!!

Oh I can't allow a new music topic's first page go by un-raped by me, lol.

Let's start with a band from Birmingham who people should really look out for, because I guarantee they'll be getting rather big within the next 12 months, and thats a band called The Twang. They're being compared to the likes of Oasis & the Happy Mondays, and are being heralded as the return of 'baggy' music (stuff like the Happy Mondays, Stereo MCs etc). Their recent single 'Wide Awake' was the nearest the country has come to churning out anything like the classic britpop of the mid to late '90s, and they've certainly got the cocky attitude that seemed a staple for the scene too. Watch out for these boys, they'll be big soon enough.


While i'm on a roll, there's some new Arctic Monkeys stuff floating about. I say 'floating', new single 'Brianstorm' (yes its Brian, not Brain) is more of an audible ramming than a float. Sounding darker & heavier than the first album's material, the Monkeys are back, with 2nd album 'Favourite Worst Nightmare' due in a couple of weeks too. For an idea of where their music's going, 'View From the Afternoon' off the first album was the last track to be written, and noticably rawer, and the new album is said to be going further down that road. Obviously this album'll be a big hit, but by the sounds of it, it'll be a decent album too, and not a Razorlight-esque U2-a-thon of a follow-up.

The Hinderers by the band Daath, its a fantastic debut album by the american troop. With techno fused into death metal creating a great sound.
Songs to listen to: Ovum, Subertfuge and Dead On The Dance Floor

Have only heard a few songs off this album, but my god is it good! Such a great album by the Swedish Folk Metallers, on tour atm in the UK with Amal Armoth and then again for a European Tour in the Earthshaker Rock Tour. They don't fail to impress in the latest album.
Songs to Listen to: Korpens Saga
(note Finntroll's lyrics are all in Swedish)

Rob, I've seen a few articles on The Twang... I've yet to hear any of their choons, but they certainly seem to have the swagger and cockyness of a Britpop band.

And they have two singers?

^Rich, were the two posts for each of the singers? Well, I say that, its more of a lead & backing setup rather than two separate lead singers. Its not on the scale of Alexisonfire's (and that's Alexis-on-Fire, not Alex-is-on-fire, ffs) or I Am Ghost's 3 vocalists, or more topically, Oasis' two equally competent vocalists. Phil Etheridge has definitely got the sneer commonly associated with the likes of Liam Gallagher and Shaun Ryder though.

Just because I can, here's a sample:

Hmmm, it seems that Saunds, the backing vocalist, is purely a backing vocalist actually, that escaped me! Surely he'll creep more into the line of lead vocals eventually, with having nothing else to do... Its like when Noel Gallagher takes over lead vocals for Oasis, they have to give Liam a tambourine just to prevent him looking a spare part.

Just found these guys through pandora, only heard one song so far.. but i like in a bouncy pop punk kinda way:

New Kings of Leon was out last monday, and have only just properly listened to it, and it's pretty good, very different to their last 2 (also amazing) albums, but just as good i think, so pick it up soon.

In other music news i've really been getting into Bowie and that kinda 70's stuff, and recently picked up Lou Reeds Transformer, tis quality, old music rocks.

Its a bit of a spoken-word mantra a la Baz Luhrmann's version of Mary Shmich's 'Sunscreen' speech, but better. Its worth a bit of a laugh at, and some people should really take it in and follow it too...
P

Last week I purchased the new Maximo Park album. I hadn't actually purchased their first album but loved some of their tunes. I have to say that this new album is awesome and especially love their new single, Velocity.

^Its actually Our Velocity [/picky bastard]

It is a good tune though yeah, very energetic and fun, as Maximo Park generally are. I've heard a lot, an awful lot, of critics whinging about the new Maximo Park album being a bit rubbish actually, but I won't believe that until I hear it. I had the first one, and while it wasn't anything amazing, it was still fun and an easy listen, and from what i've heard so far, it sounds as good, if not better than the 1st.

The 1st did have 'Acrobat' on it though. I've probably rambled about my unadulterated love of that song in here before, and if I haven't I certainly have to Lucy a few times, lol! Everyone should give it a listen though, its a wonderfully simple song, with a rich, fuzzy music track behind spoken-word verses and a simple chorus. The verses are what get me though, nothing else quite captures the simplicity of the world with such beauty. Its one of those few songs that just completely captures me every time I hear it.
J

^Acrobat is a awesome song