Antinos said:
This is Cedar Fair we're talking about. You're not getting much more than concrete:

Lol that's actually worse than I thought it was going to be. Hoping it's unfinished?

Whatever happened to that huge satellite dish that was supposed to be the ride's sign?

TLARides said:
Whatever happened to that huge satellite dish that was supposed to be the ride's sign?

Same thing with the rest of Maverick's theming. It all must be #WhatsInTheShed

Khrushchev would be proud.

The best Cedar Fair themed rides are those they bought from Paramount (and even then, a good few of those are suffering from neglect and lost theming effect). Theming has never been a strong suit of Cedar Fair; they've found a better avenue of theming-lite, such as the Mystic Timbers Shed, Copperhead Strike's ambience, or Wave Rider's surfer queue. With all of this, it's low-budget, low-maintenance theming reference; the likes of which many other park chains laugh.

And to be honest - that's ok? Or at least, as long as Cedar Fair keeps cranking out good coasters.

TL;DR Ride Orion for the ride, not for the theming.

Hey, at least Cedar Fair cares enough to plant grass under the floorless coasters they plop down in a parking lot.

Antinos said:
Hey, at least Cedar Fair cares enough to plant grass under the floorless coasters they plop down in a parking lot.
Click to expand...

Speaking of which, has anyone checked in on the garden patch by Railblazer lately? https://coasterforce.com/forums/thr...rica-railblazer-rmc-raptor.41318/post-1052142

One thing to mention about the Paramount additions, is that while it is true some of them were very well themed individually speaking, a common critique is that the themes of their rides often ran incongruent to the respective areas they resided in.

Examples being Tomb Raider in Ohio-Frontier themed Rivertown, Italian Job in turn-of-the-century-esque Coney Mall, and Top Gun opening in what was then "Adventure Village" (African-themed). Another example would be Adventure Express (Aztec-themed) in Oktoberfest, however that was put in a couple years before Paramount's reign.

Meanwhile, while Cedar Fair does not do much in terms of thematic elements on rides, it is at least true that the themes of all their additions to the park have been mostly consistent/coherent with the areas they go into, particularly in the past 3-4 years. "Immersion" is one thing to consider, but making sure the themes of your rides are not contradictory to their surroundings is another...

Therefore, while Orion may not have any insanely intricate thematic elements or anything like you would see at Phantasialand, I appreciate that it least matches its neighboring ride in Flight of Fear, just like how Mystic Timbers fits in with its surrounding attractions as well... That having said, I'll still be looking forward to whatever nice touches that will be in the que area (and in that Quonset hut), along with the IMAscore etc.

Overall, I'm happy with the current level of CF's theming. I prefer they mainly stick to what they do best, rather than try to be something they're not.
Last edited: Jun 21, 2020
N

It's a thrilling roller coaster. I don't need to pretend I'm on a swashbuckling pirate adventure or wrestling a giant scorpion to enjoy it. I do those things on a day to day basis as it is.

A couple shots of the lighting package; *not my photos* : Source - Waltny on KICentral 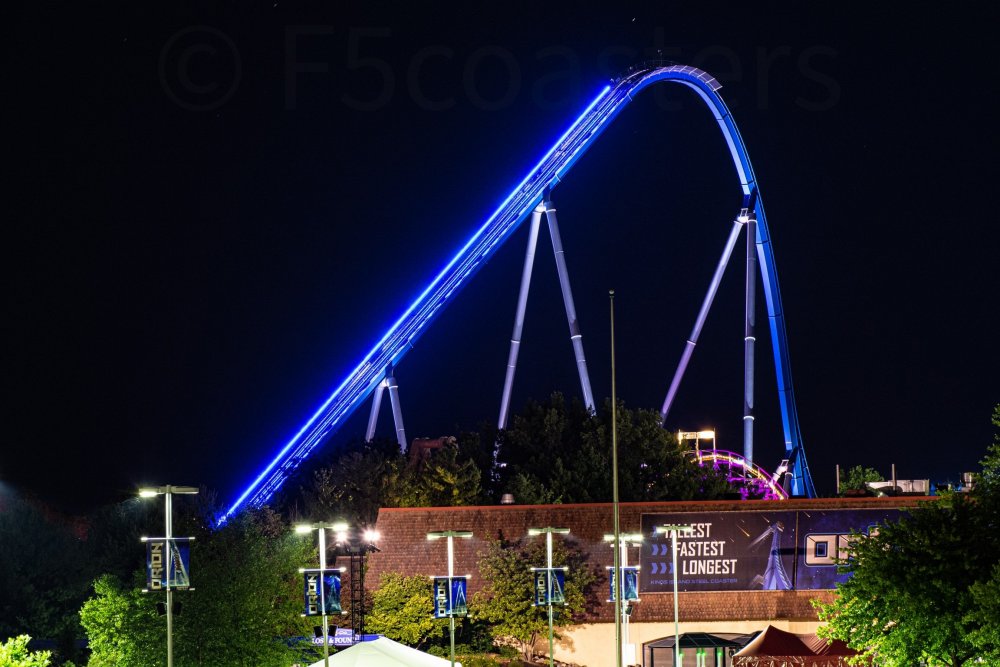 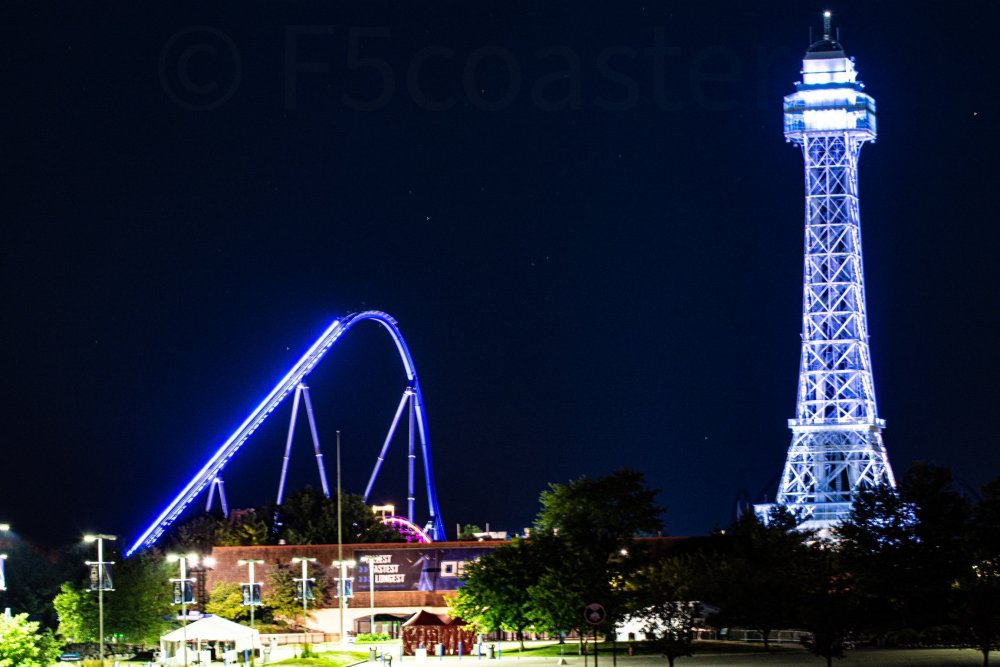 Posted on the blog: https://www.visitkingsisland.com/blog/2020/june/official-orion-pov-video-released

Looks fun, seems to carry some nice speed throughout (all the way to the end of the silly final reduction!). I certainly wouldn't be upset if this opened somewhere over here, even if it isn't a giga
Last edited: Jun 26, 2020

No sh*t, looks like a cold run with no guests aboard.. 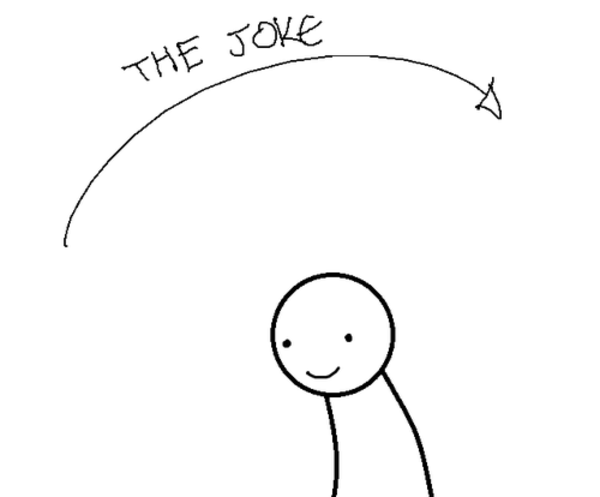 Hey, there's promise here. The coaster doesn't seem to die hard in the overbanked turn norturnaround, and carries momentum into the second half pretty well. The speed hill also seems to have some solid float, which I hope is comparable to Fury 325. Will be very curious to ride this in the back of the train and see how forces transfer - but more encouraged upon watching!

And I still can't get over the massiveness of that brake run, getting to finally watch it the entire way through; riding magnetic brakes the entire way down. ?

Looking phenomenal! As much as this project has been slated throughout, I think that you American enthusiasts are in for a shock when Orion opens on 12th July, because that looks pretty nice to me!

While I’m admittedly quite a bit more excited by Candymonium than this coaster, as that looks to have lots more of that wonderful sustained airtime that B&M does so well, Orion still looks like a pretty incredible coaster in its own right, in my opinion; if elements like the first drop, the wave turn and the various camelbacks provide that feeling of raw euphoria like Mako does, then I think Orion could be a huge hit!

Remember when everyone was saying this was crap?

, wonder why that is.

TLARides said:
Remember when everyone was saying this was crap?

, wonder why that is.

To be clear, I maintain what I said last August: aggressively mediocre. Maybe just more aggressive.


Hyde said:
The night of the announcement, @Antinos and I sat on a voice chat for nearly 2 hours afterwards trying to break down the coaster and put it in perspective. And, despite however many POVs we watched, ways we sliced what was on the table for Kings Island, and considered each and every layout photo to deduce actual ride experience/airtime, we continued to circle back to the same conclusion: Orion is as aggressively mediocre a roller coaster as they come. No frills, no tricks, nothing that makes this uniquely qualified on paper. It is a Giga coaster no more, no less.

My personal rub, as @Antinos alluded to, was the way this was announced. We got the blue prints from city hall, we got wind of possible names, we spotted the track already being fabricated. And I hoped there would be something, anything, we hadn't sniffed out already on this ride. Yet there wasn't, not in the slightest. Candymonium, a roller coaster half announced last year during Hersheypark's entry revamp announcement, somehow managed to have more mystery around it than this did. It's just disappointing, going into an announcement and having 98% of information already in hand. I'm a coaster enthusiast - I love these kinds of unveils and announcements!
Click to expand...