So strange seeing such an iconic B&M being dismantled.

Really wish they were relocating them to Universal Studios Singapore or anything rather than scrap them? If only Universal still owned Port Aventura, they would be perfect for PA

It is sad/strange but I won't shed a tear for these personally, they were at the bottom of my invert list and I have faith that Universal will replace them with something better.
B

Also that park is about the size of Dragon's footprint, they wouldn't have anywhere to put it if they wanted to.

It's going to the bin, oh well, the theme and story was ten times better than the ride and that got mutilated a while ago. She's been dead for years, they just turned off life support.

DelPiero said:
It is sad/strange but I won't shed a tear for these personally, they were at the bottom of my invert list and I have faith that Universal will replace them with something better.
Click to expand...

I am also not sad that the park are reinvesting their money into something that will provide a much better overall experience than two coasters that nobody really bothered with anymore.

I'm in the sad camp. (Tell us something we don't know, Howie!) Gonna miss 'em. Getting to see those iconic rides in the flesh. and riding the hell out of them, was one of those coming-of-age goon moments. We've all had them, that was one of mine.
I rode them when they duelled. They were awesome.
I rode them again when they didn't duel. They were 'ok'. So yeah, sad to see them go because of that goon-moment thing, but excited to see what goes in their place.
Just seems funny that Universal are removing rides that are better than the ones most parks are installing, but that's how you stay at the top of the game I guess.

I'm sad they're going just for the point of being the first B&Ms to properly leave us (if you don't count the original Hulk obviously). I never rode them dueling so they were never that high up on my list but I'm still sad to see them go. High hopes for something great for a replacement.

There's a definite trend showing in this thread. Seems that those who rode them when they duelled (ie the 'older' crowd) are the ones who are gonna miss them the most. It just goes to show how quickly the industry is moving (at the top end, anyway), when those pesky youngsters can be so blasé about the removal of something that was state-of-the-art less than 20 years ago.
"They weigh the trains on the lift hill so they can time the near-misses to be as near as possible? Are you serious??", people would say.
That is next-level sh*t, man.

Staff member
Administrator
Moderator
Dueling Dragons might very well be the next Moonsault Scramble: A legend because of how insane they were in operation, but ultimately demolished for a good reason. Before demolition, the Dragons had lost their selling point, and Moonsault Scramble was allegedly a rough and painful endeavour. Their reputation is now better than the actual experience, so they serve better in whispered legend than as running attractions.

Also, I think it's great to see that the original vision for the Dueling Dragon now seems to live stronger in people's minds than the watered-down Dragon Challenge. The original experience may be gone, but it lives on as a legend, once again untarnished by what it actually became in the end...

Howie said:
There's a definite trend showing in this thread. Seems that those who rode them when they duelled (ie the 'older' crowd) are the ones who are gonna miss them the most.
Click to expand...

That moment when you realise you're in the "older" crowd...

Doubt that this is being relocated: 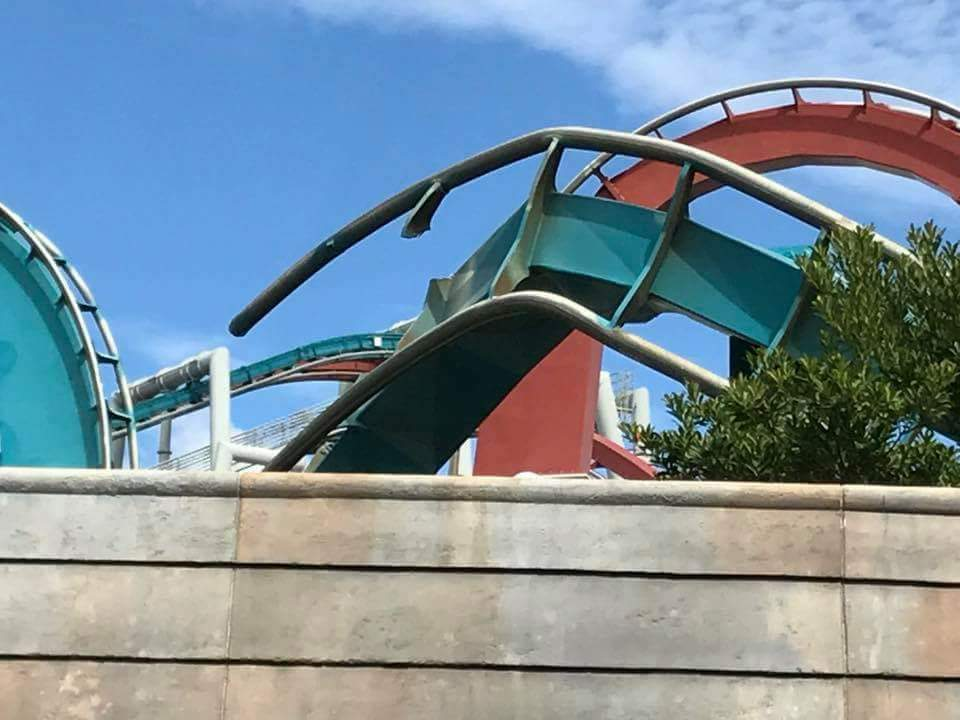 Damn, still had some hope as it was being taken apart rather carefully until now.

I rode them as Dueling, right when Potter was under construction, so the land was a mess and queue rerouted somewhat. I then rode them later as Potter, but I think before they actually stopped dueling? Could be wrong.

I never thought they were that great. They're clearly spectator rides with no decent set up for spectators to watch - granted I never saw the surrounding area in its original state, but I can tell from photos and the design of the landscape beneath them that they thought the dueling aspect would matter more on ride than it actually did.

Lightning Racer at Hershey is a great example of a dueling ride done right from an on ride perspective, but the nature of the b&m invert train on dragons meant you could never get that true interaction.

Neither were particularly good examples of the ride type, either.

So, I won't mess them, but I do think there's something obscene and wasteful about removing them. What it goes to show is just how much money is involved with Potter. Most parks would jump at the chance to have such a substantial ride in their lineup, but at IoA it's not important.

I can't help think the park will feel a tad empty without two huge coasters though? Coasters inherently feel like a substantial part of a park lineup. I know that's just the coaster enthusiast in me talking, but still.

Where is this coming from that they weren't good coasters? Why? Ice in particular I thought had a well designed layout.

^ Quiet looking day at the park.

That photo really shows how much space it takes up though. I'm fully expecting something large to be installed but planned to have multiple other attractions within the layout. Very exciting.

DelPiero said:
That photo really shows how much space it takes up though. I'm fully expecting something large to be installed but planned to have multiple other attractions within the layout. Very exciting.
Click to expand...

Yeah, it really is HUUUGE - I'd never really appreciated it until now.

Is it possible that they can remove the brick walls tightly surrounding the Hogsmeade station, and design the new space to make the entry into Hogsmeade less closed in but still maintaining the illusion and immersion? 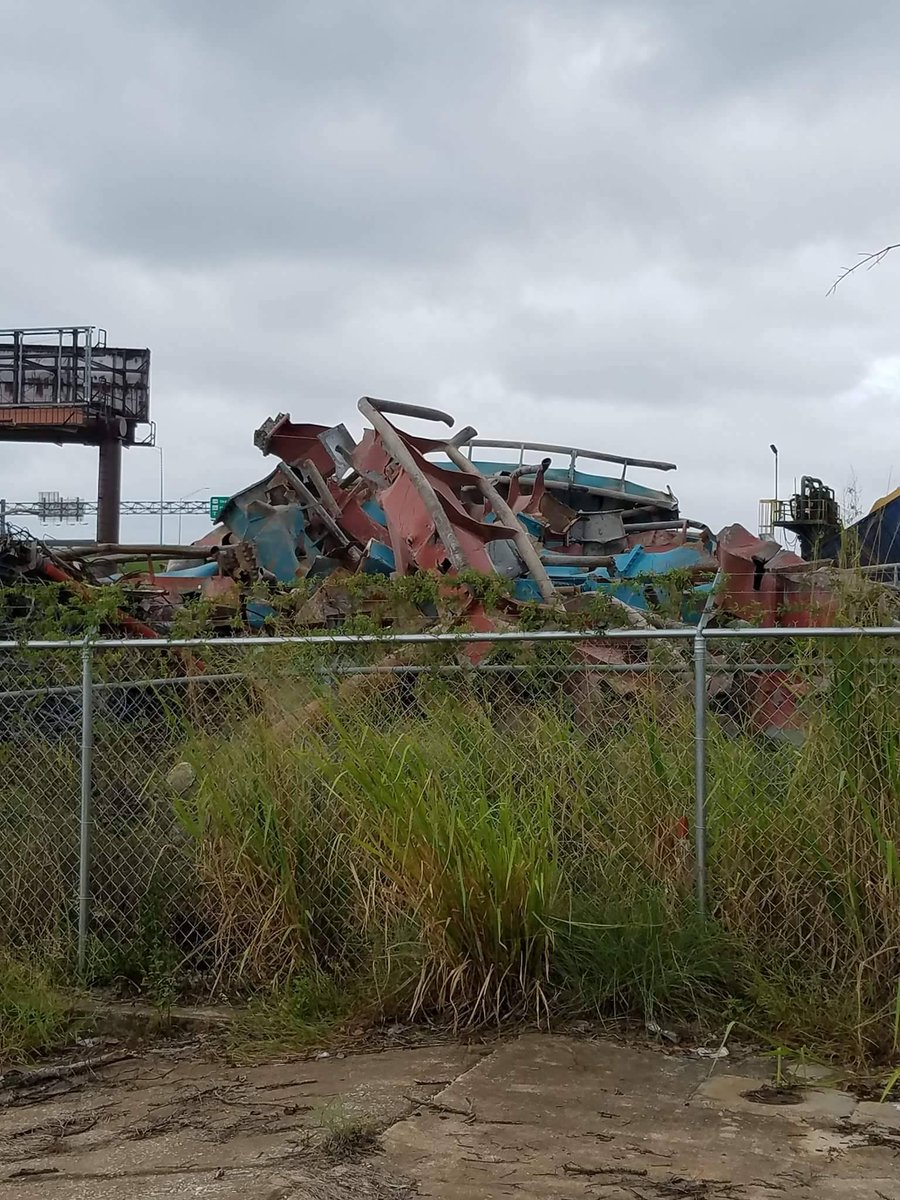