HeartlineCoaster said:
So no fireworks in 2018?
That makes me feel better for not being able to stay til the end of the day next visit.
Click to expand...

I'm guessing at something along the lines of 7 Dwarfs Mine Train, but obviously with a different theme.

There's also a slight adjustment to the mountain on the left. Looking at the plans posted on the first page of the topic, that's going to have a very big show building under it, but still no idea what's going in yet. That "aquatopia" style thing in the other concept art would be a bit of a waste; I'm assuming that will be an outdoor thing on the frozen "lake" in the middle.
P

Oh, hadn't noticed the mountain on the left had changed a bit, that's interesting. I think the original sled ride would be similar to Luigis rollicking roadsters at Cars Land which is a silly ride but fun but I imagine the cred would be replacing that ride. I saw someone elsewhere mention the coaster could be themed to the trolls and the sled ride portion of the film which I would be happy with, love the trolls in Frozen.

Staff member
Administrator
Moderator
Social Media Team
The Moana show is open. I haven't been to the park to see it myself, but there's a video of the opening show. I'm at work, so I haven't watched it myself yet. I'll probably just wait until I get to the park and see it for myself, but it all looks very small-scale. Meh. I guess it was never supposed to be a major addition, but it's the first time that HKDL's concept art has been so "off". Sitting in direct Hong Kong sunshine doesn't look massively appealing either.

gavin said:
first time that HKDL's concept art has been so "off"
Click to expand...

Urgh, yeah, I saw a comparison pic the other day of the concept and what was built and it's so disappointing. I watched the video on Friday too and I found it to be a bit tedious. They've somehow taken a really exciting soundtrack and weaved only tiny bits of it into a pretty boring "story time" show. Not sure how they managed to ruin it.

I still have hopes that the Ant Man ride is actually decent. The concept art seems to show off a similar gun system to Shanghai Buzz and I loved that. There's potential for some great effects in there too. A shame everything has been pushed back a year, just means it'll be even longer before I tick off the last Disney resort.

Staff member
Administrator
Moderator
Social Media Team
I can kind of see an "Iron Man" happening with it: official opening in January of 2019, but actually open for a good few weeks prior to that. I hope so anyway. Pulling that straight from my arse to be honest.

I'm on half days from next week until the summer holidays, so I'll pop in and check out the Moana thing soon. Not bothered though.

peep said:
I still have hopes that the Ant Man ride is actually decent.
Click to expand...

It wont have the little green aliens like Buzz did so it will, in fact, be worse

Staff member
Administrator
Moderator
Social Media Team
Some update stuff. Openiing date for Ant Man of March 31st, so I'm expecting annual pass previews a couple of weeks before that. Some videos have just popped up, showing how the ride actually ties in with the Iron Man ride next door, with the Ant Man building being another "pavilion" of the Stark Expo.

I'm still not massively excited, but it's good to upgrade Buzz Lightyear since it was an old ride and definitely didn't fit with the area for the last few years it was there.

The Avengers Ride is still 4-5 years away - no obvious signs of any work yet - but I'm going to predict a retheme of Space Mountain to a Marvel title sometime between now and then (Guardians of the Galaxy?), with the whole Tomorrowland becoming a Marvel Land.

The person who told me about the castle upgrade and Frozen Land a few months before the announcement was made - and whom I didn't believe at the time - also mentioned an unknown retheme for 2020. Not solid news, but he was right about the other stuff. Space Mountain makes sense to me, allowing the "temporary" Star Wars overlay that's been on for ages now another year or so.
P

Ooo, hadn't heard any suggestion for the whole of Tomorrowland becoming Marvel but it makes sense. I imagine they could do something decent with space mountain.

Intrigued to see how this Ant-Man and the wasp re-theme turns out, some of the visuals they've shown are cool but don't really give too much away.

Staff member
Administrator
Moderator
Social Media Team
I've totally pulled the "Marvel Land" thing out of my arse, but Space Mountain will be pretty out of place by the time Avengers opens right next to it.

Staff member
Administrator
Moderator
Social Media Team
I did it yesterday. It's nothing amazing. It's a much better fit for the area than Buzz was, but as an experience there's little improvement.

The guns/targets are more responsive (for anyone who's done Buzz at Shanghai, they're like that), and the score screens are much better, but it feels a bit flat and cheap for the most part.

It's all just a bit similar in each room and lacks the personality of the original ride.

There's no real payoff either. On Buzz, there were moving targets and hitting certain targets would open boxes etc. to reveal others. On this, they're just static, though they do set off lighting effects.

Still, it's a massive people eater, which is a good thing, and the whole area is starting to become much more cohesive.

To sum up: Meh

There's some very clear castle construction happening now. As expected, the original looks to be staying, with the extra height being added by adding to the area behind it.

Also, there are fences up for Frozen - though that looks like it could be for a temporary summer attraction rather than the new area, but there's a massive crane up where Frozen Land should be. 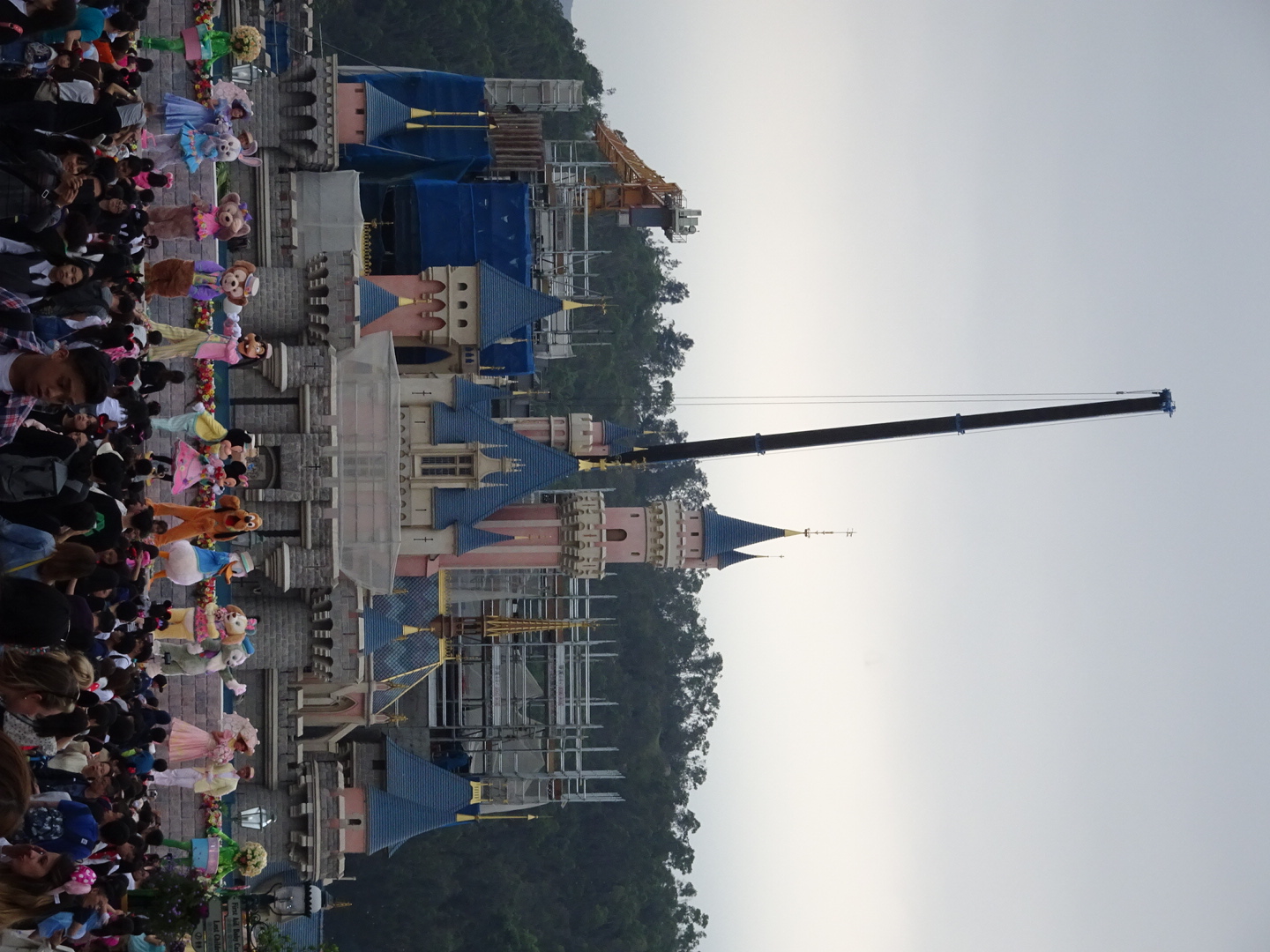 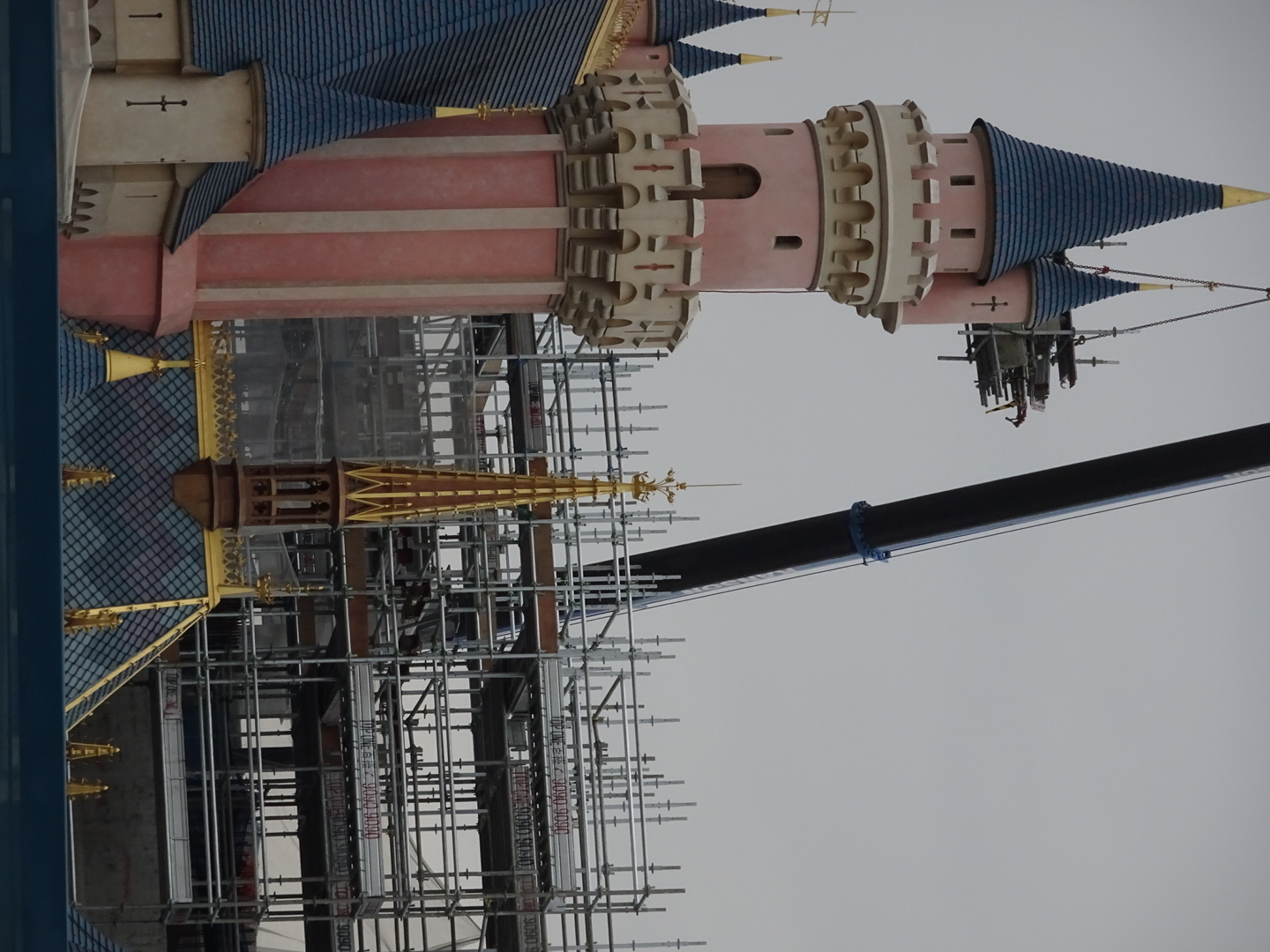 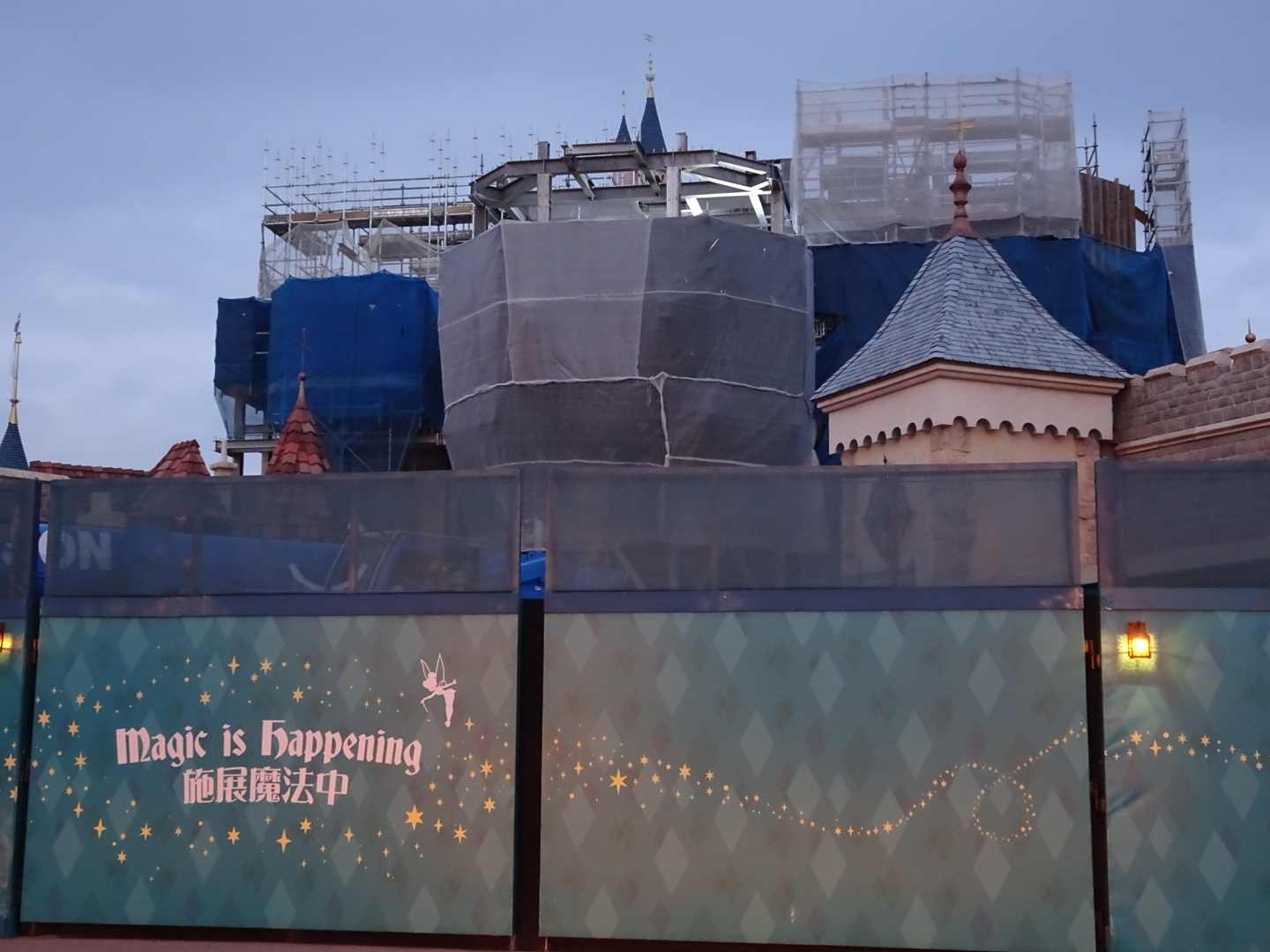 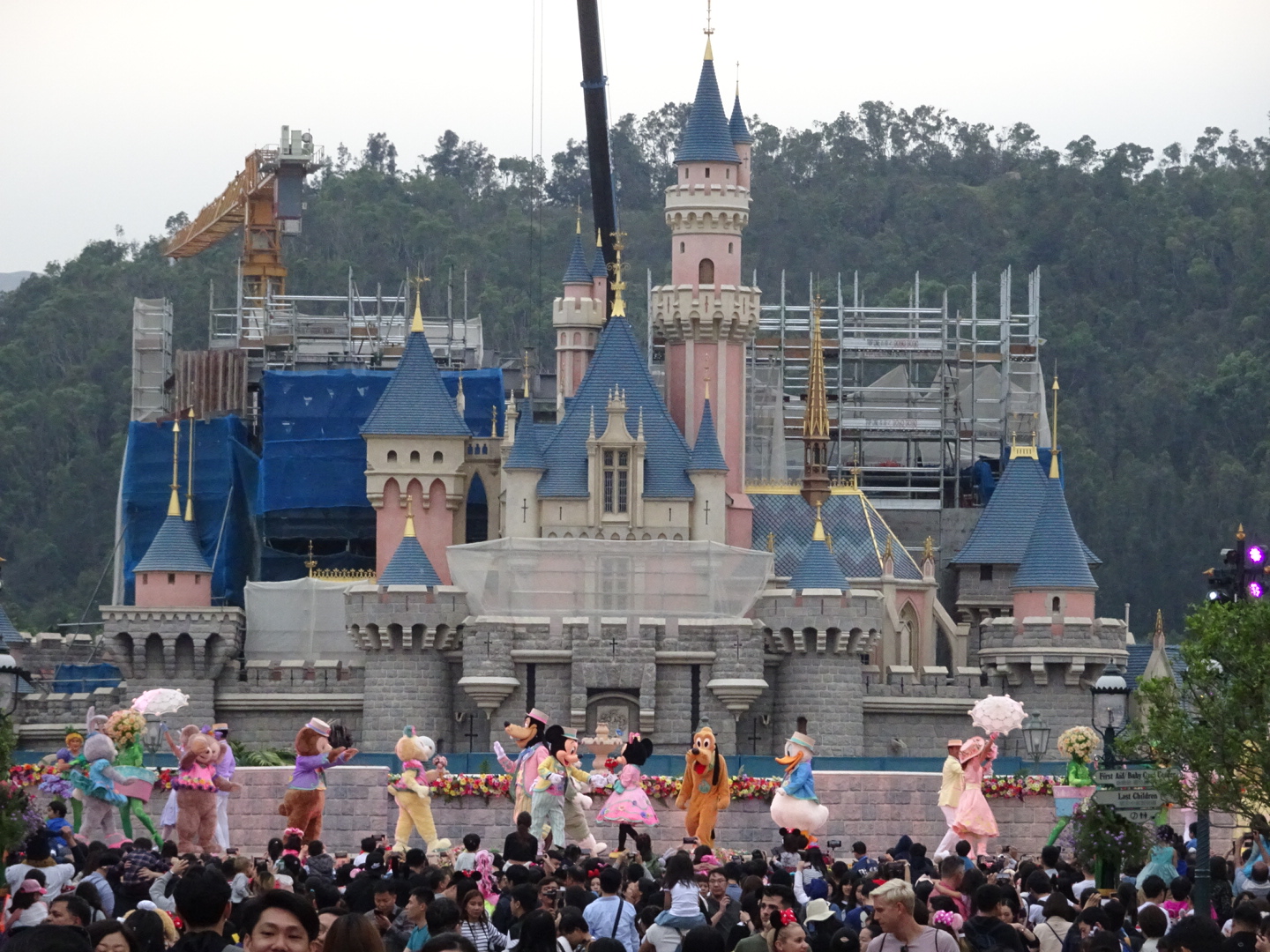 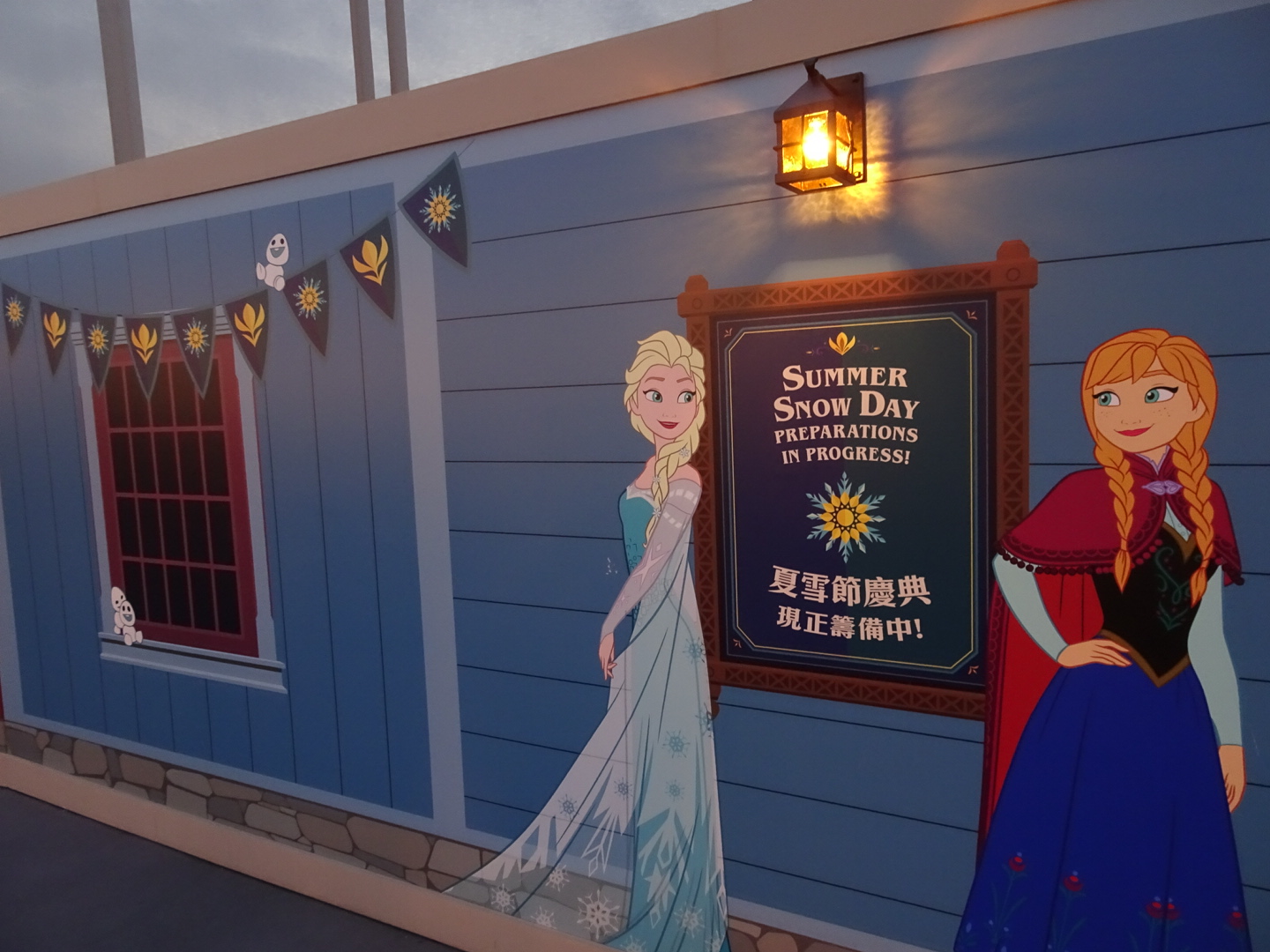 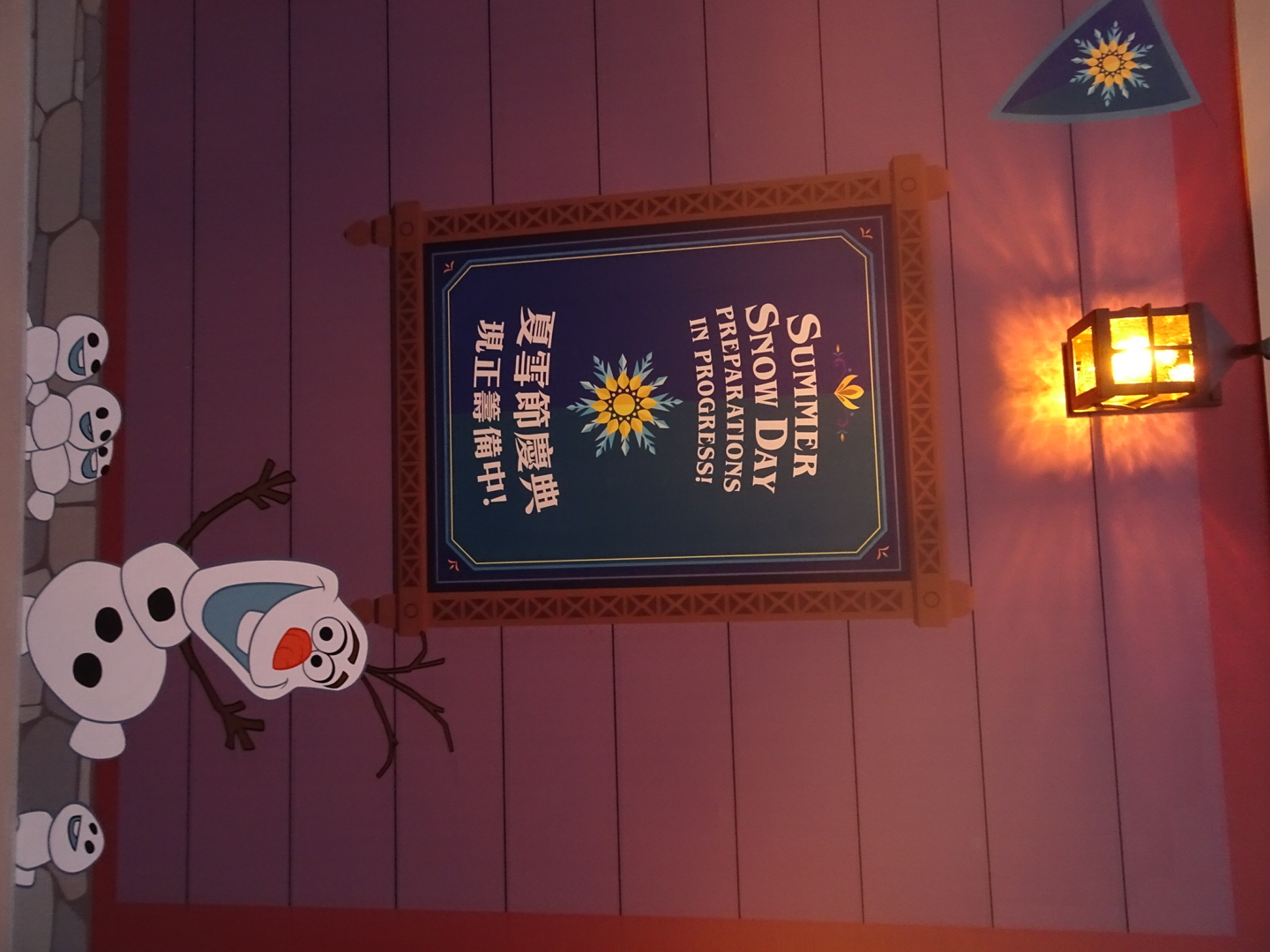 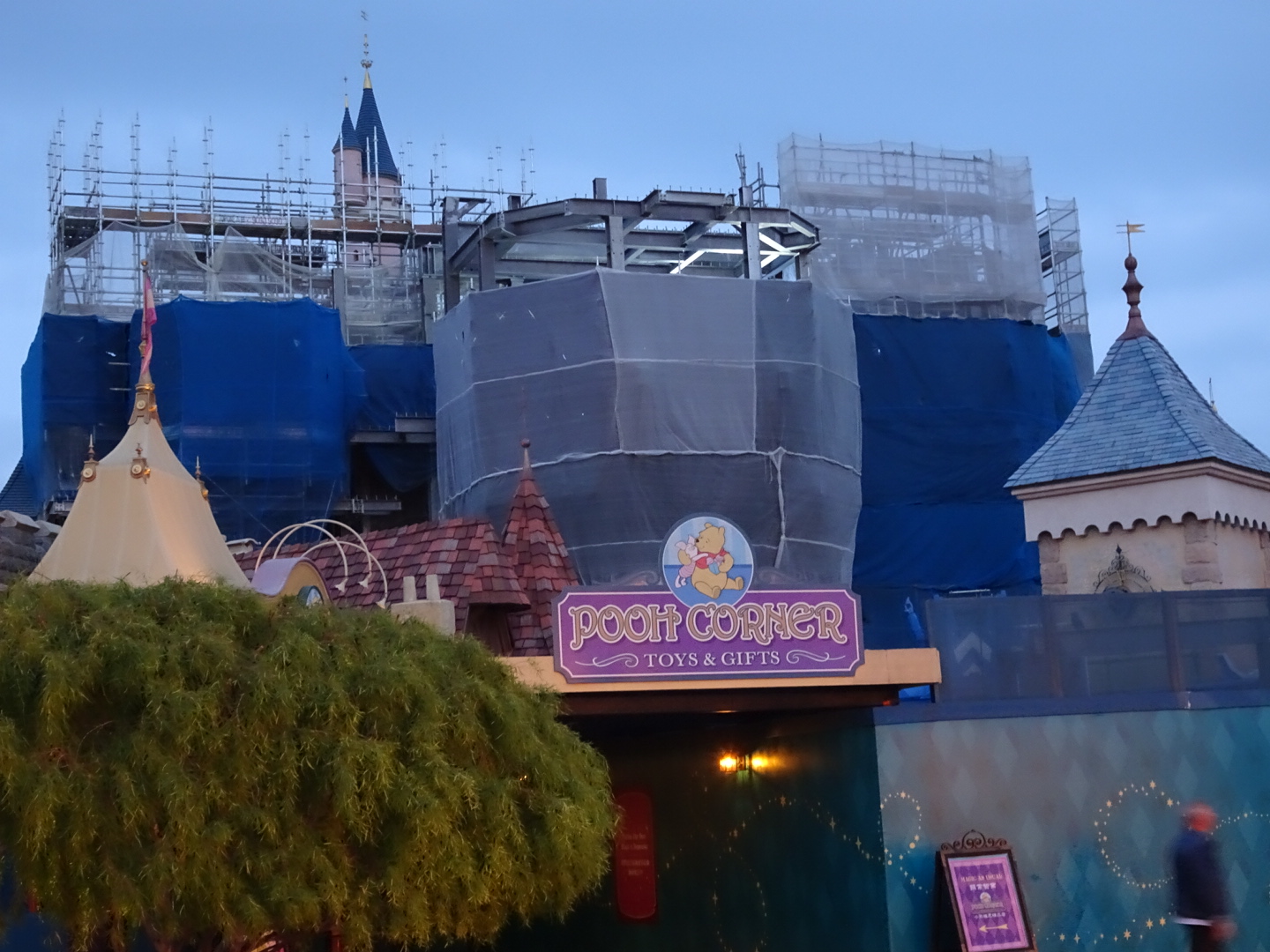 I've had a look around the internet but can't find any real start/end dates for this castle upgrade. I don't suppose anyone here (Gavin?) has any inkling? I'll be going in September and of course really hoping for the castle upgrade to be finished by then.

I guess if it's not, at least it gives me a reason to get back in a few years to see Frozen land as well.

trav said:
I've had a look around the internet but can't find any real start/end dates for this castle upgrade. I don't suppose anyone here (Gavin?) has any inkling? I'll be going in September and of course really hoping for the castle upgrade to be finished by then.

I guess if it's not, at least it gives me a reason to get back in a few years to see Frozen land as well.
Click to expand...

Earlier in this thread someone posted that the Castle was pushed back to 2020.

trav said:
I've had a look around the internet but can't find any real start/end dates for this castle upgrade. I don't suppose anyone here (Gavin?) has any inkling? I'll be going in September and of course really hoping for the castle upgrade to be finished by then.

I guess if it's not, at least it gives me a reason to get back in a few years to see Frozen land as well.
Click to expand...

Not a chance. The original timeline was for 2019, but, like everything in Hong Kong, you can add a year at least. I guess theoretically they could get it done this year, but I really don't see it. With Antman, they now have their "new for 2019" attraction (was originally slated for late 2018), so I can see the castle being ready around this time next year. It not just the actual castle. It's also the whole area I'm front, including new viewing areas, fountains, stage etc. Plus they'll need a whole new show, fireworks, projection package...

Staff member
Administrator
Moderator
Social Media Team
Just got this. They're about to start adding the towers (13 in total) to the castle. 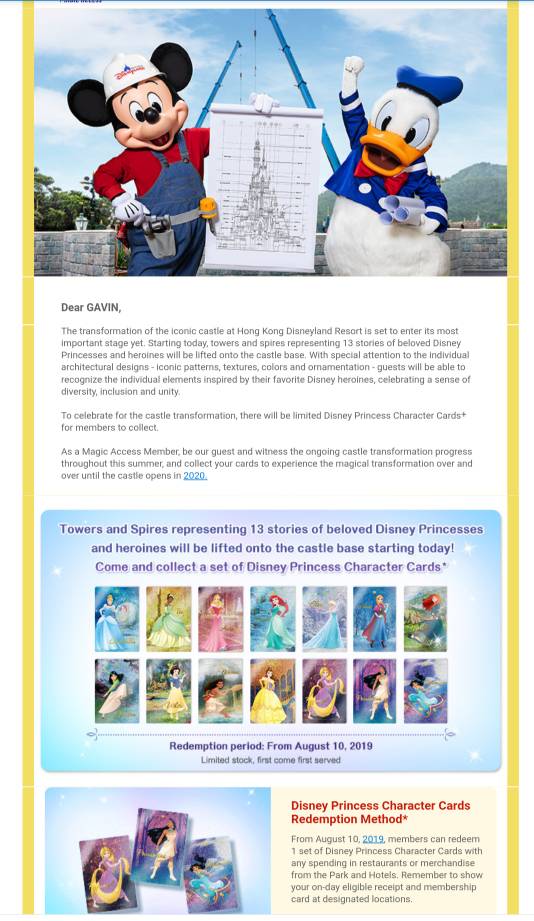 gavin said:
Just got this. They're about to start adding the towers (13 in total) to the castle.

Sent from my Redmi Note 7 using Tapatalk
Click to expand...

I look forward to seeing your card collection, Gavin

I've stupidly never picked up any of the various members only free s**t they frequently offer. Some idiot would probably pay for that crap on eBay.

Staff member
Administrator
Moderator
Social Media Team
I haven't bothered posting various castle construction in here, but saw this earlier today (zoomed in from miles away, so not the best quality).

In the new Frozen area. It's hard to tell from that distance/angle, but I think, from the concept art, it's where the coaster should be. 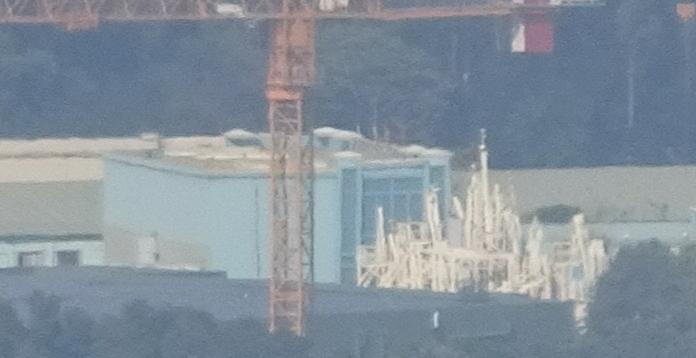 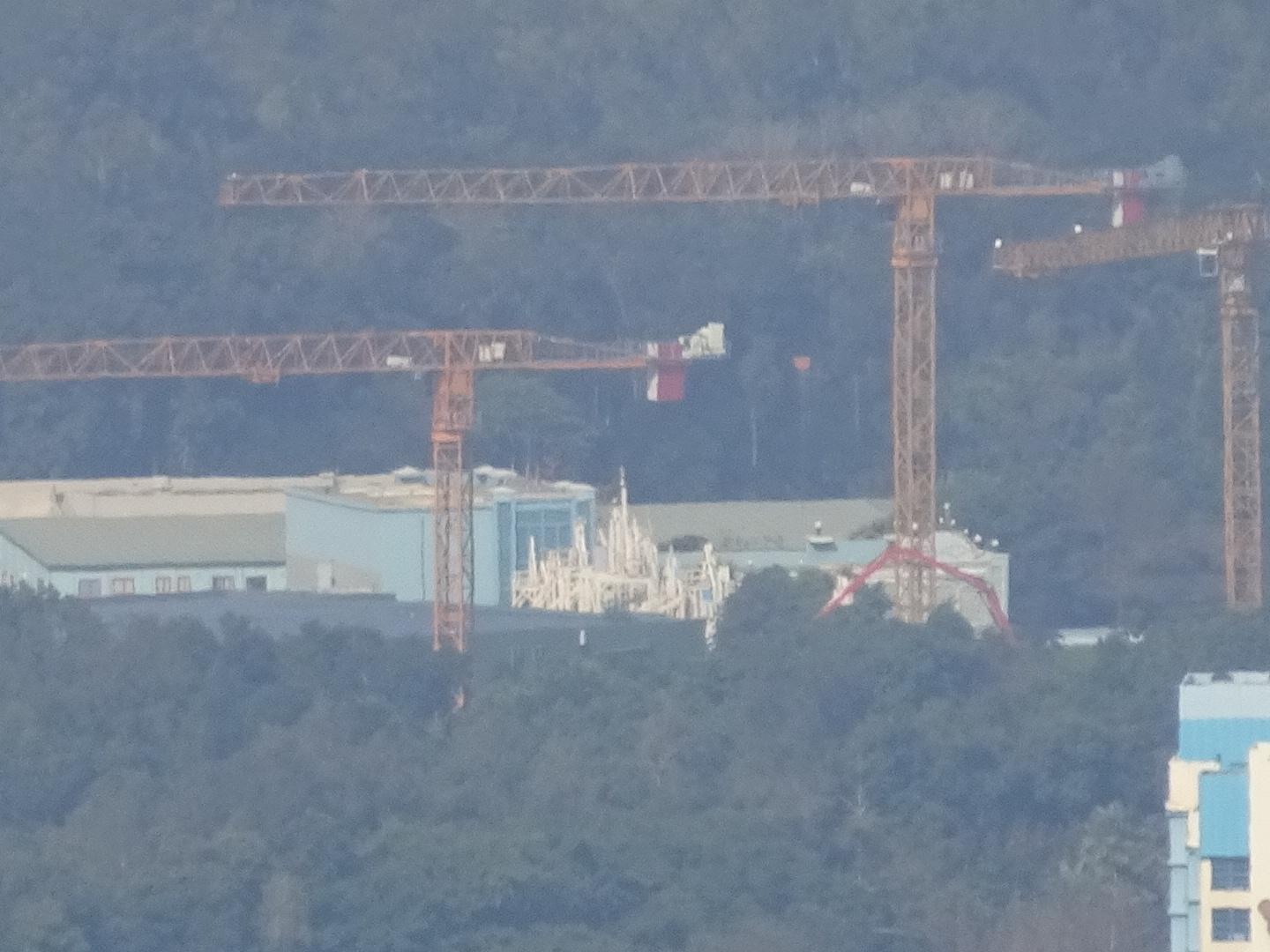 I take it they're not doing any construction work at the moment, what with everything surrounding coronavirus?