That Orphan Rocker video is amazing. Also proves that someone actually got to ride the thing as I remember that being a debate way back.

No surprise it never opened either, those transitions look like they were created with a sledgehammer - Not to mention the restraint is literally a padlocked chain

Staff member
Moderator
Social Media Team
Cedar Point has just been dumping high fidelity, old photos en masse as part of their 150th anniversary this year. It's been phenomenal, and actually answers a lot of "I wonder what [x] looked like" or "where was [y] located?" questions. A couple top hits:

https://twitter.com/i/web/status/1211285777738539009
This Trabant has not been very documented, but stood where Matterhorn now stands for a time (unsure where this shot is)

Heres an interesting video of an old side friction style ride running at Hidro Park in Kiev, Ukraine. This 3 track ride ran right up until 1990 before being dismantled.

Whether or not its a coaster is perhaps up for debate but it just about ticks the boxes for me. And it does actually appear on the RCDB

This isnt a coaster but its one hell of a picture
It is from Bertram Mills Circus in Olympia, London during the early part of the 20th Century.

When it seems they let an actual real life bear on the dodgems (or similar ride).

How times (And Health And Safety, And Animal Rights) have changed

The image is from this great set of pictures from the Standard. Which includes some really good shots of the 1924/5 British Empire Exhibition and the Grand National roller coaster (https://rcdb.com/16131.htm). A ride which i have researched extensively for the RCDB and have a bit of a love for.

I highly recommend a flick through these pictures. If not just to feel how underdressed we are when we goto parks these days. 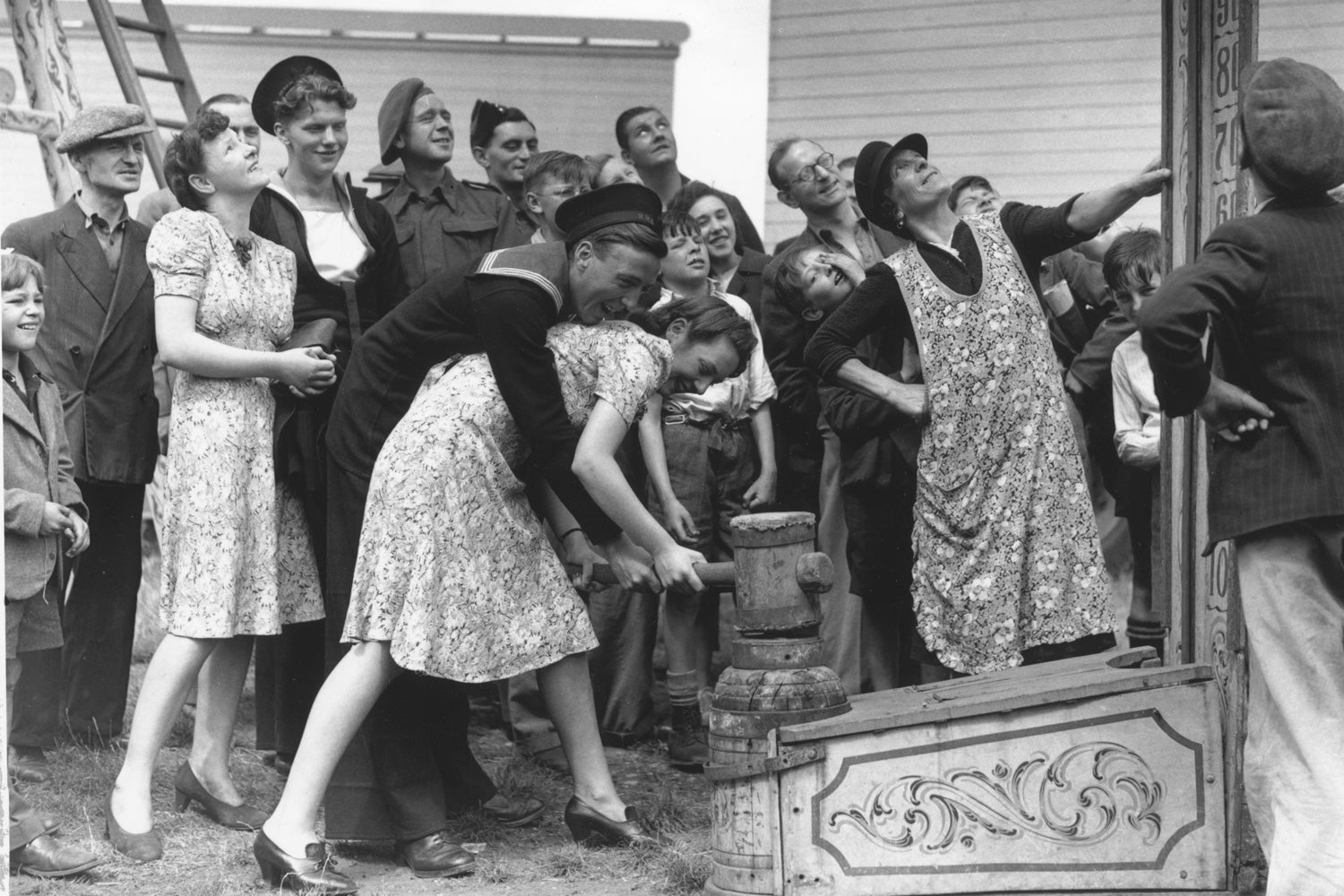 These stunning black and white photographs provide a fascinating glimpse of London’s fairgrounds in bygone decades - long before theme parks and rides like the Big One, Nemesis and Oblivion became the norm. The images show all manner of jolly attractions at early fairgrounds from the early 1900s...