I think it's just the lighting and filter on the photo that makes it look like that. Based on the drone video the park posted the colors were not changed.

^ Yep what Pear said. There has not been a repaint. The drone footage shows it as normal and I was last in the park myself only 3 weeks ago and it looked the same as ever.

Blue Fire however will have some changes in the form of a new sponsor (sort of): Nord Stream 2 - although the gas pipeline is owned by Gazprom.

Therefore the Gazprom building has been cleared out and is being refurbished to be the "Nord Stream 2 Dome" (with a new slide inside) Blue Fire will receive a new entrance and redesigned indoor queue section through the building.

The photos you posted are not working @CSLKennyNI

Staff member
Administrator
Moderator
Social Media Team
Yeah, they're attachments on the TowerTimes forums - you'll need to upload them somewhere else or find a public link for them.

Ah okay, I have fixed the pictures in my previous post.

The newest Europa-Park Weekly episode offered some insights into the new Piraten. One of the designers talks about their sources of inspiration; which included first and foremost the original ride and its design plans and notes, trips to the Netherlands to get a sense of the architecture and history, research into Pirates, and 18th century architecture and tribes in Jakarta, Indonesia (Batavia). They wish to play homage to the old ride and its spirit, variations of some old scenes will return along with completely new ones to tie in the new backstory about Bartholomeus van Robbermund, the adventurer who after his experiences in Batavia eventually goes on to start the Adventure Club of Europe (the overarching story linking Voletarium, Rulantica, Hotel Kronsar, Snorri Touren & Madame Freundenrich).

They also touch on the difficulties involved in using the same footprint as the old ride to create the new one with all the modern attraction and safety systems and requirements. The building is taller and has raised roof sections to accommodate new ventilation and sprinkler systems for example.

The entrance for Piraten is now adorned by this new stained glass window - originally the concept art showed the window as featuring the ACE logo however they seem to have decided to with the historically more fitting VOC (Dutch East India Company) instead.

They show off the first room of the queueline. In the new story this is a former VOC building that local pirates have taken over and turned into their bar (as seen in the first teaser video the park produced last year introducing the new ride story). Before the re-opening of the ride this section of the queue will house a preview centre for park guests to give a taste of what to expect. The designer mentions the next room of the queue takes you backstage in "the bar" where there will be some kind of surprise.

Cheers for the updates @CSLKennyNI Are the episodes in English or available with subtitles at all do you know? Wonder if there continuing construction through the current times in order to open in 2020 when we can all finally return...

LTillett98 said:
Cheers for the updates @CSLKennyNI Are the episodes in English or available with subtitles at all do you know? Wonder if there continuing construction through the current times in order to open in 2020 when we can all finally return...
Click to expand...

No problem. The episodes are currently only in German with French subtitles sadly.

I believe work is continuing at the moment, same as with Phantasialand and Tripsdrill's construction projects, although I have seen a few claims that Batavia work has slowed a bit however haven't seen any confirmation of that.
J

Slightly off-topic but supposedly the park are currently rehearsing for their horse show, El Baron, which takes place in the Spanish arena. They are also completing some maintenance work on euro-tower

I know the press release from when they announced the delay to start of the season mentioned the shows being ready, but interesting to see they are still rehearsing since the trend thus far in the time of corona seems to be that shows won't open/aren't planned to open. Certainly the announcement from the Plopsa Parks today, as posted in the Coronavirus thread, mentions shows will stay closed. I wonder how Europa plan to tackle that issue.

Really hope Euro Tower has finally received new windows though. The old ones are so worn and scratched its not easy to look through or take pictures. The past number of off-seasons its been talked about but never happened. When I used to be the ride op there soooo many guests complained about them. "You're not cleaning them enough!" Had to explain no amount of cleaning could sort that.

Europa Park's blog has offered up an amazing look at the interior theming that has been built by Universal Rocks!

Hidden corners in the shady neighborhoods of Amsterdam and lively streets in the Indonesian colonial city of Batavia. In between, tropical landscapes with waterfalls, exotic animals and hidden temple ruins. Visitors to Europa-Park will soon be able to embark on this spectacular journey again. In summer 2020, the daring pirate Bartholomeus van Robbemond, along with his loyal companion, the sweet Otter Jopie, takes adventurous guests on his quest for the magical dagger from Batavia. There was a foretaste of the long-awaited attraction on a tour with Ulla Möll, the show producer of the "Pirates in Batavia".

Armed with heavy safety shoes, the construction helmet under my arm, I meet Ulla Möll at the entrance to the attraction "Pirates in Batavia", which is currently being resurrected in the Dutch themed area. The show producer leads me into the 3,800-square-meter hall, through which boats will again drive every day from this summer. During our tour, we move within the canal, which is modeled on the course of the original ride from 1987 - left and right are busy working.

At various points, the workers apply the so-called rockwork - a special technique for authentic-looking design of stones, masonry or even entire rock walls. A great gorge quickly emerges from a bare scaffold, which will later be the gateway to 18th-century Indonesia for visitors. For rockwork, Ulla Möll and her team rely on the experienced employees of the company "Universal Rocks", who have already worked on the periphery of the "blue fire Megacoaster" or on "Jim Knopf" in Europa-Park. The experts from "Universal Rocks" were also heavily involved in the design of Rulantica and at the "Krønasår" hotel.

The traditional company “Marko Putz-Stuck-Trockenbau GmbH” is responsible for the entrance area and the tavern.
“The tavern already looks incredibly beautiful and atmospheric,” says Ulla Möll. “There will also be a preview center for visitors here. The rooms already have the flair of a quaint pub where you could make all kinds of bizarre acquaintances. "
While the shell of the building can still be seen in other corners, the scenery of the port city of Batavia already looks as if the first guests could sail through the water channel tomorrow. The Dutch company "Jora Vision" has been producing the sets piece by piece in their Amsterdam factory halls since November 2019. At the end of January, site manager David Studer, art director Pascal Heinzelmann and show producer Ulla Möll were able to inspect the individual parts for the first time during a visit to Amsterdam. Immediately afterwards, construction on site in Rust began.

"The houses in Batavia are still a bit too fresh and well-behaved, a little bit of improvement is necessary here so that the facades age authentically."
Said and done. In the following days, the port city of Batavia received a little "patina" and immediately came to life. All those involved work with great dedication and attention to detail on the large-scale project, no corner is neglected. And one thing is already certain: Visitors to Europa-Park should already be clear about setting sail! Let's go to Batavia!
Click to expand... 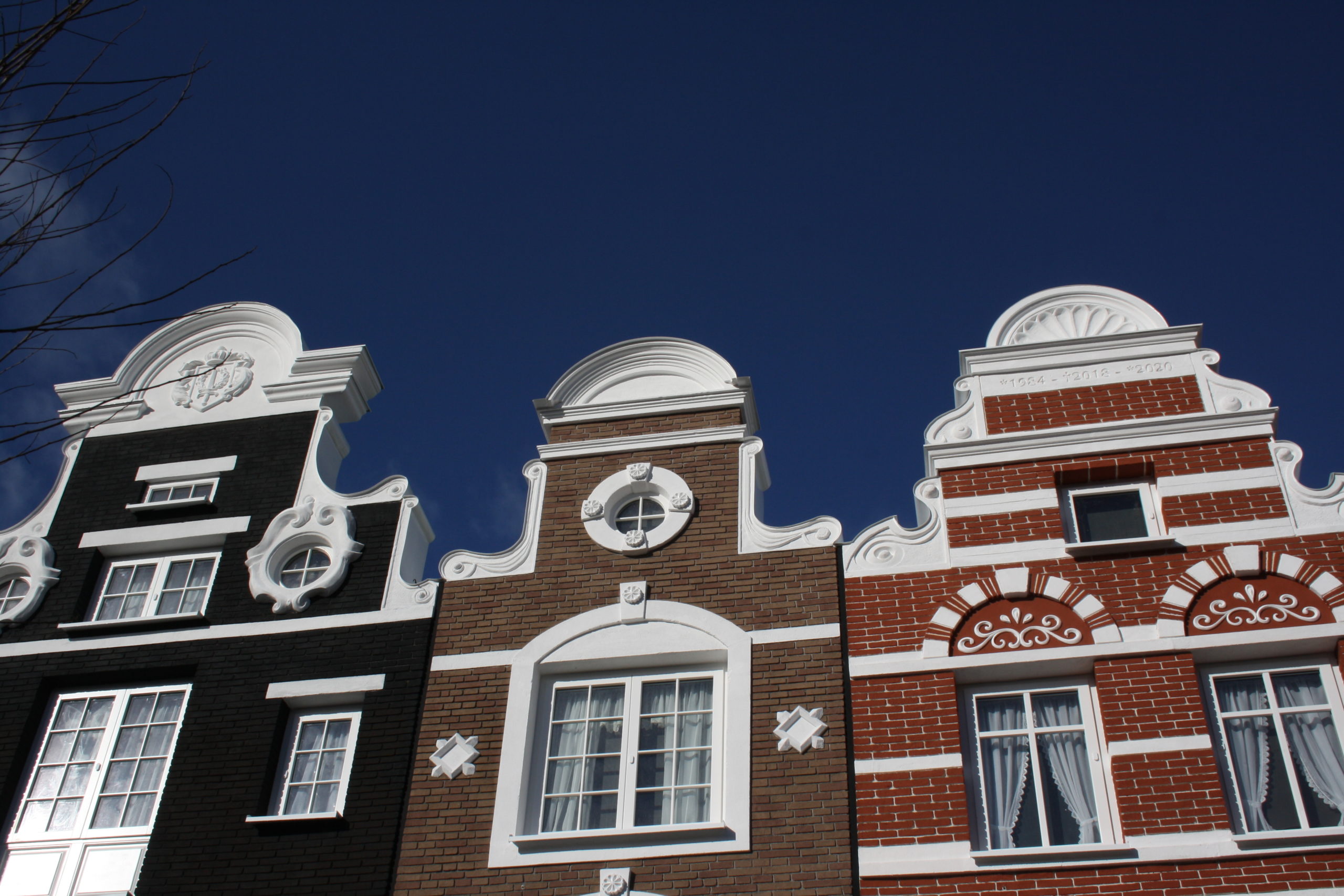 I have to say that rock work and interior detailing looks so good and cannot wait to ride, I don't suppose the light further up is the same company that made Phantasialand's lights for Taron/Raik? Do we have any idea on ride length at this time or what effects may be used?

VonRolland said:
I have to say that rock work and interior detailing looks so good and cannot wait to ride, I don't suppose the light further up is the same company that made Phantasialand's lights for Taron/Raik? Do we have any idea on ride length at this time or what effects may be used?
Click to expand...

Robers Leuchten (did Klugheim's lanterns) have done work for Europa Park before so quite possibly.
Ride length/time should the same as before the actual layout hasn't changed. Modern media and effects will be used. But what exactly or how is still a mystery. Kraftwerk who specialise in show controls, media, audiovisuals and FX are involved.

Europa Park just had a French and German livestream on Facebook which showed off the completed entrance and first room of the queueline for Piraten in Batavia.

Now that does look goood
C

I honestly really enjoyed the original version even if it was severely dated, so seeing it with modern effects and theming should be a blast.

Had no idea Europa had a horse show so that's cool! I guess they still have to exercise the horses show or no show so might as well practice.

Michael Mack shared on Twitter another look at the new Piraten entrance. The sign is actually the original one which survived the fire and has been restored.

And a comparison to the old entrance - a marked improvement!

The latest EP Weekly episode took a look behind the scenes of the Decorations and Props Workshop which included some decorations and figures.

Must say the faces look quite good on these, considering these are the more basic figures they will use alongside the advanced audio animatronics like the example one displayed in the preview centre last year.

Me when I realise most of the parks are going to be closed for the remainder of 2020.

Lofty said:
Me when I realise most of the parks are going to be closed for the remainder of 2020.
Click to expand...