Timo said:
I haven‘t seen any black plain walls in any of the footage I have seen today ??‍

What I see is details and theming wherever I look.
Click to expand...

Black metal walls all around the launch, nothing like the model we saw... 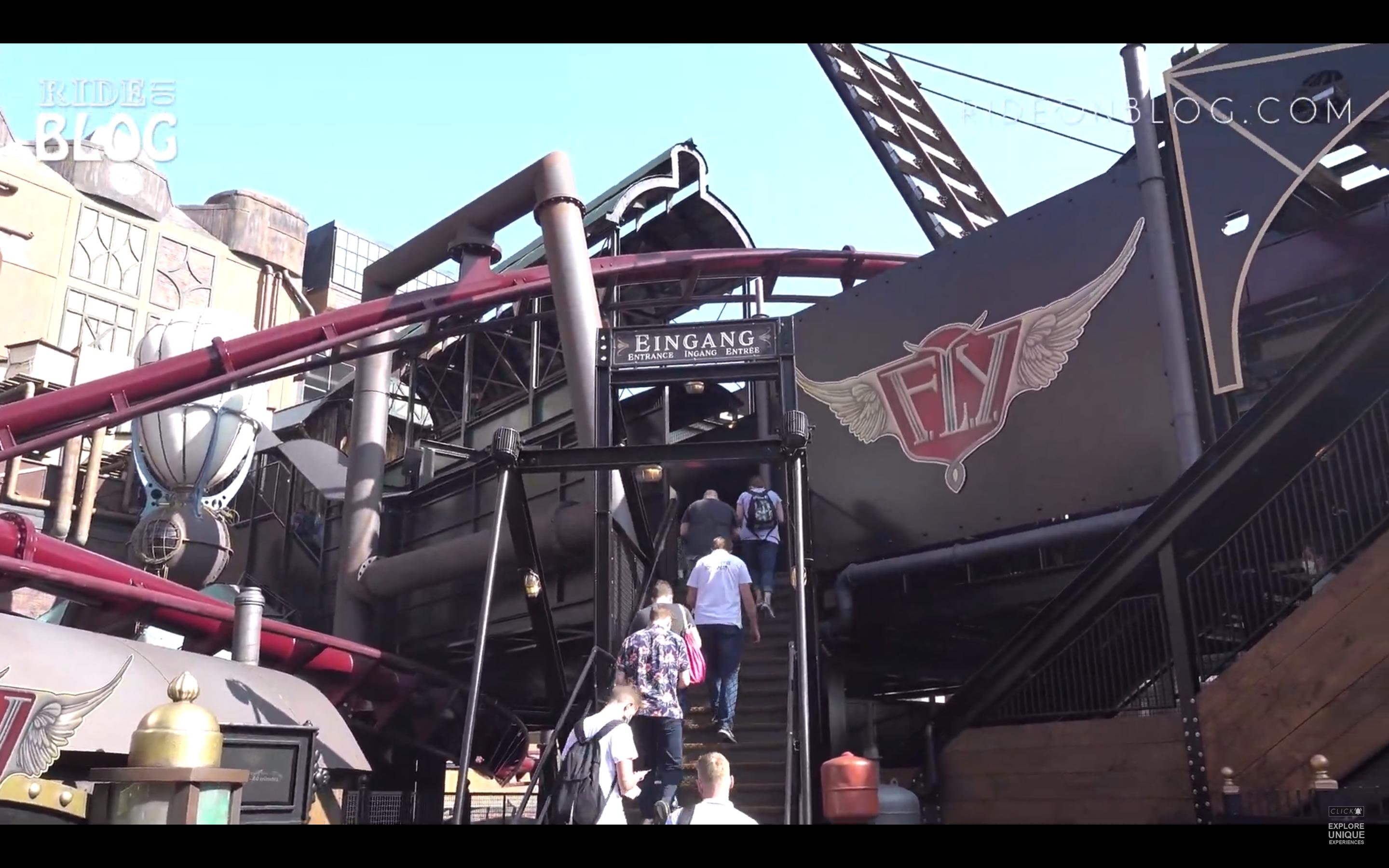 Another uninspiring wall with the same rust paint as the rest of the area. This isn't that bad other than it's overuse so I don't have a problem with it too much. 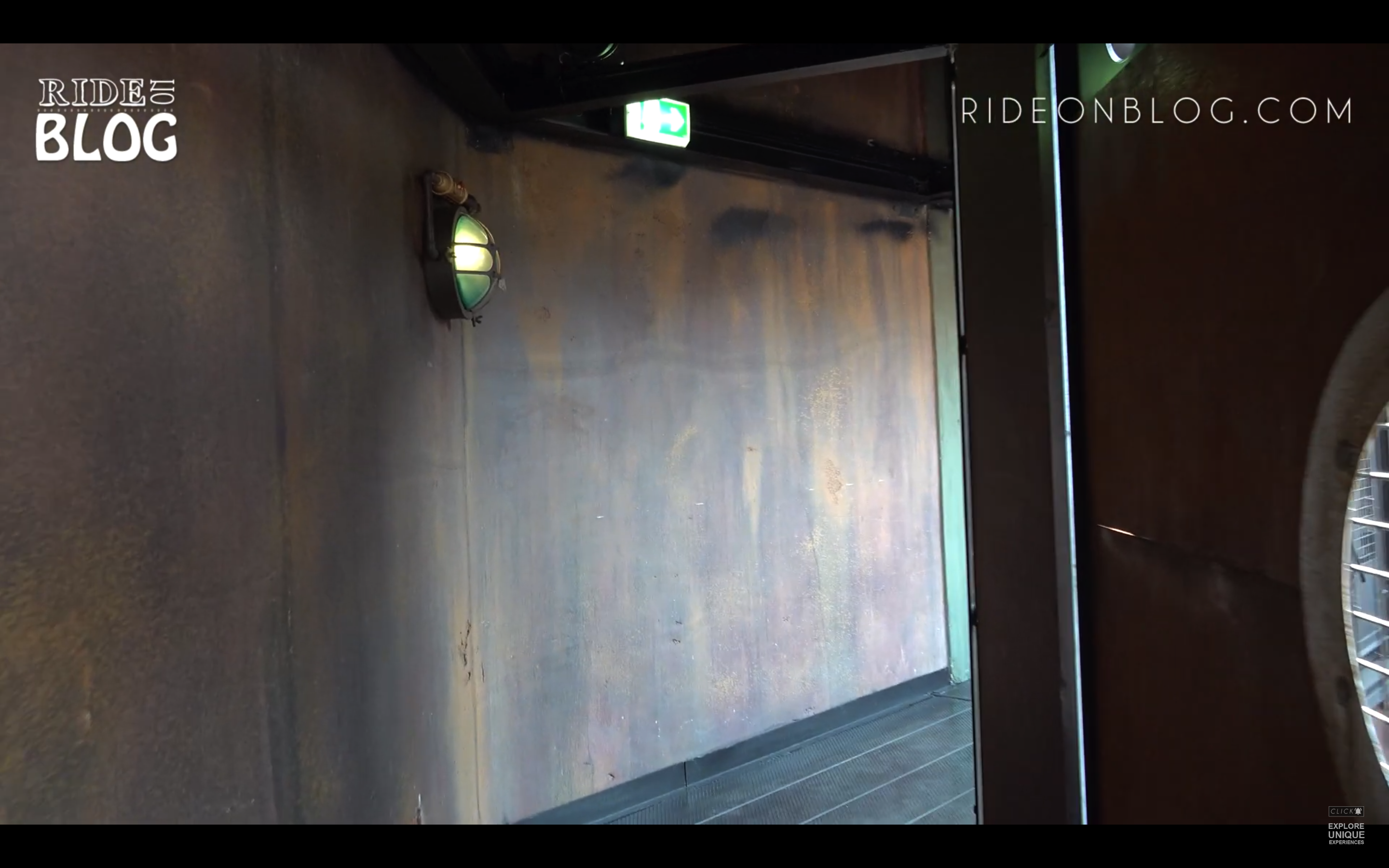 Wooden wall which looks like they picked up the wood from Wickes 20 minutes beforehand... 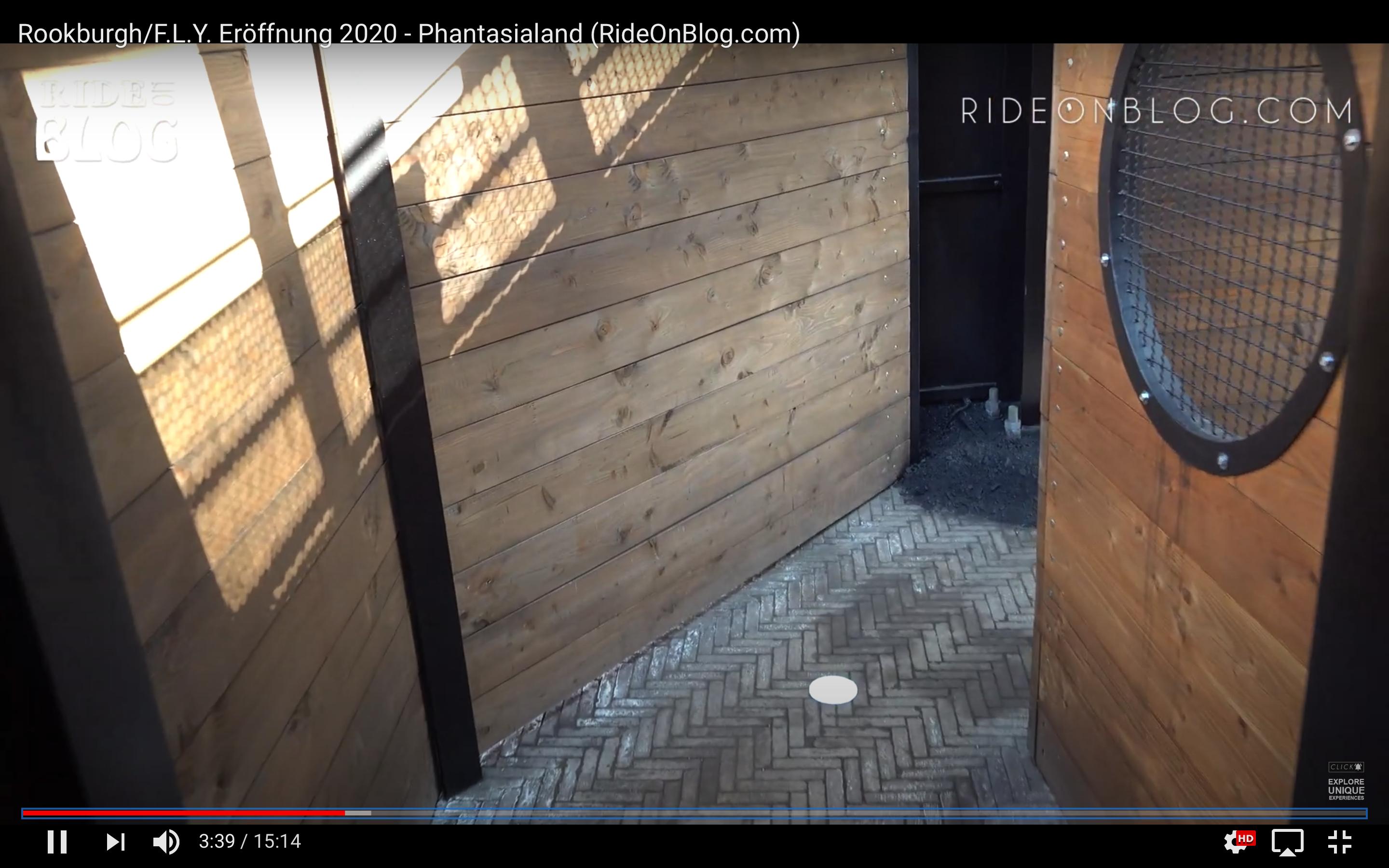 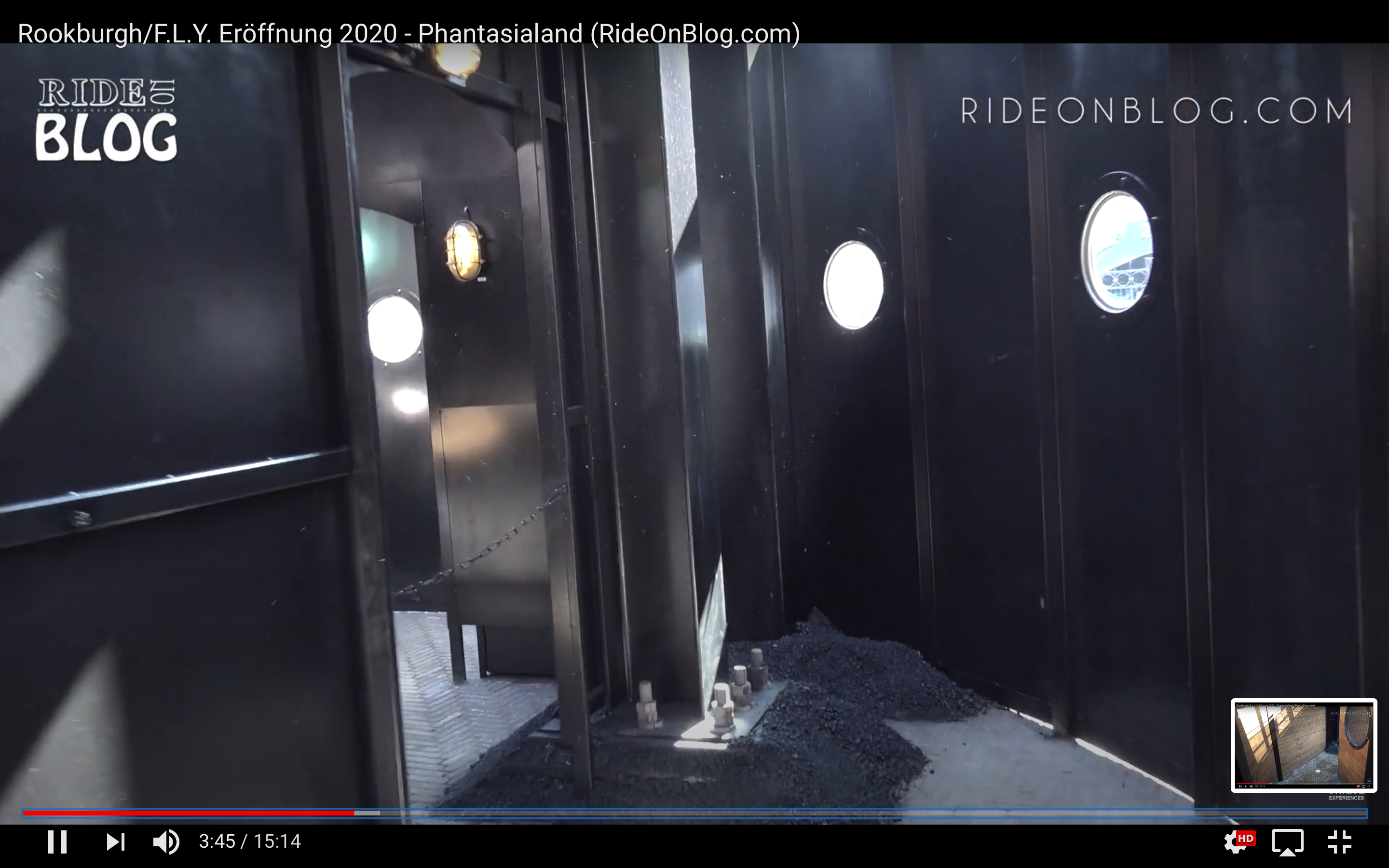 A nice black gate which you can see underneath, complimented by a workbench with nothing on it. 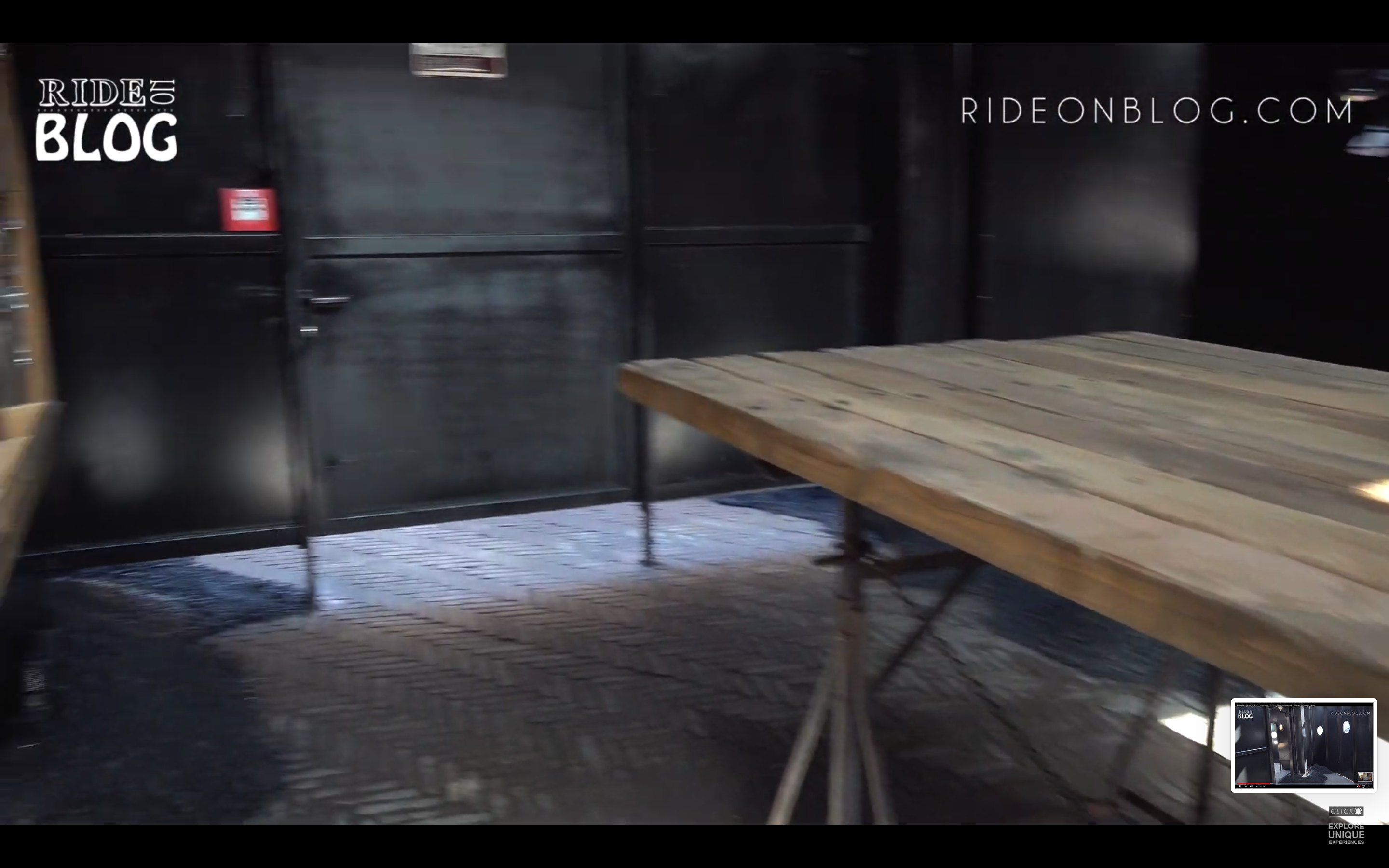 You're allowed to love it if you do. I get it. But quit trying to shut down people who see things with a different eye and instead maybe engage in a discussion, rather than just saying I don't get it or that I'm here to "cause trouble", despite me being on this site for 12 years and most of the posters here being here for a few days...

Trax said:
That's exactly how it felt for me. And I actually did not use the pictures of the really... unfinished... parts of the area. The spread in quality is quite large, and some of the uglier spots are in your way.
Click to expand...

I'm sure @Trax can share some photos of what I mean?

Well that was a nice surprise. Looking forward to experiencing it finally tomorrow and the near death of this thread. Good times at last in 2020.

And thanks for everybody, who supported us with pictures, news and updates during that long construction phase! Want to say THANK YOU to all of you. And a big thanks to coasterforce, which made it possible to bring all the small and big updates together. ?
T

they didn‘t „just launch“ this. This has been online since Thursday morning.

@Ethan: oh right. A couple of black metal elements in the area, you‘re right. I wasn’t aware that this equals „just loads of black walls“. Big deal to you obviously. I don‘t agree though.

Plus, they MIGHT give those elements and the wooden walls and workbench more details/gimmicks in the upcoming days, weeks and months. You know...like they increased detail all around Klugheim constantly over the years.

And they MIGHT need to gain some income now. I don‘t blame them, as this project probably already cost them like 35 million € or more.
Last edited: Sep 18, 2020 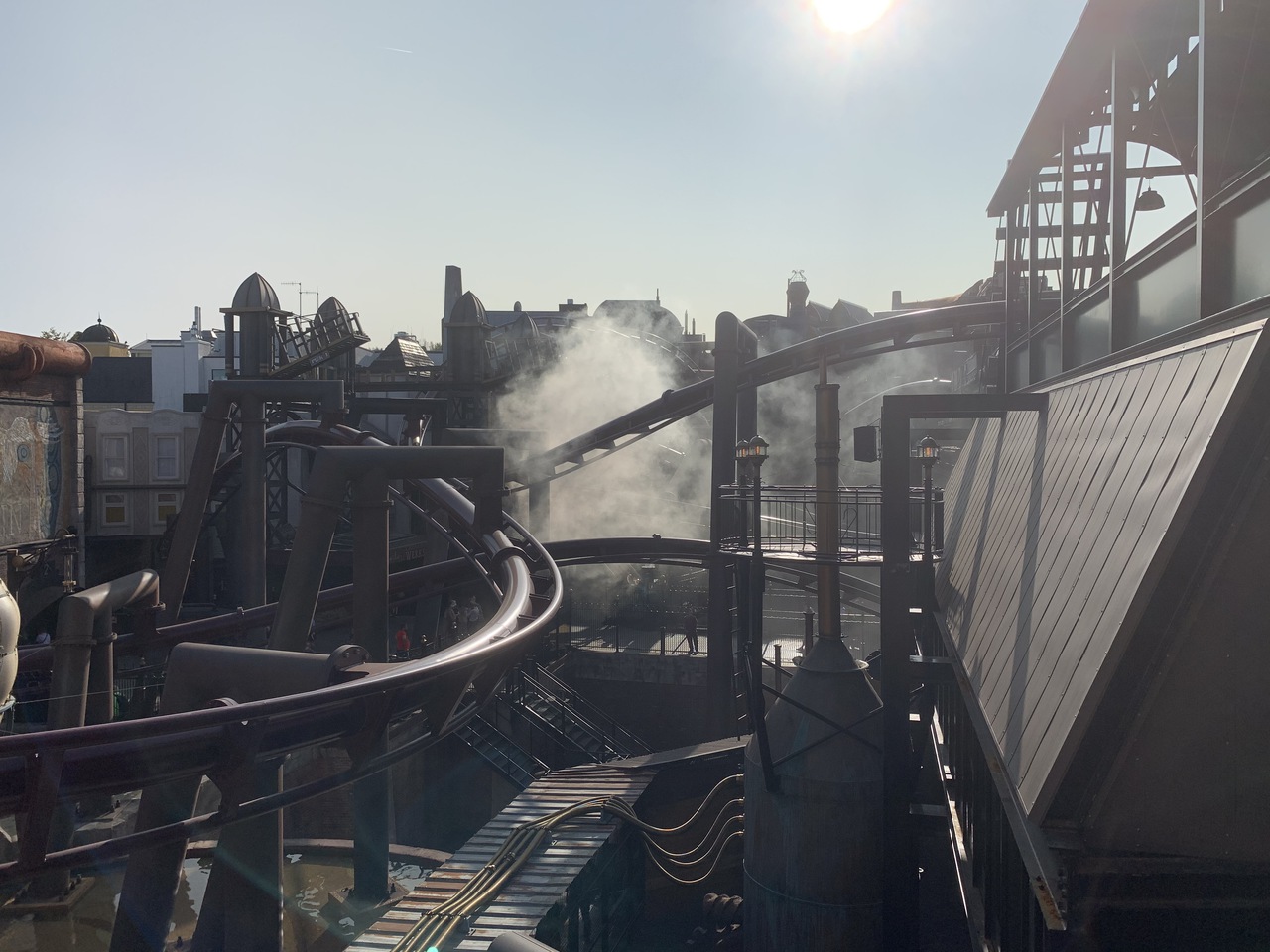 this picture from a couple pages back honestly looks like something out of PlanCo or RCT3. If you had told me even a year ago this was real life I'd have laughed and just said 'really nice render but get out'. Incredible little pandora's box here. I cannot wait to feast my eyes on it all in person.

I reckon it looks great overall, but I can see where others are coming from, that structure at the entrance seems off, like the steel member sizes seem a bit spindly considering it has a train on top, and a little flat in parts too.
T

Your pictures were actually quite on point ;-)
I am currently only on my phone, and have no access to my PC to make 2 additional pictures small enough to upload here, but I can do so later, if necessary.
Especially the queue line is mostly bare, with just black walls or fencing all around. This is ok as long as you see the area, but there are still quite a few places were you don’t see much else than those black walls. The „workshop“ is a good example, but also the corridor with the zeppelin pictures on the side.
And don’t look to closely at some of those tunnels, not all of them are themed.

Those things really jump into my eye, as most of the other areas in Rookburgh are made really well and detailed. If the whole area would be metal walls, you could say „they tried“, but Phantasialand has the habit of theming the majority really well, while just forgetting about other areas, or doing them half hearted in comparison. Personally, I‘d say that Klugheim actually has a more consistent theming than Rookburgh, and the quality of Chiapas is yet to be reached again.

If you love the area anyway, you are free to do so. But I don’t think, and @Ethan seems to agree here, that the area is as perfect as many here and in other forums expected. It’s still in the Upper 5% of theming, yet no Disney level of theming.

BTW, the final brake run is housed in white plywood walls. No joke.
Edit:
@Matt N It‘s basically a new gem Vekoma vest (although a bit wider) + Something to hold your ankles/shins. Personally, I found the B&M restraints to be slightly more comfortable, but the Vekoma ones feel suprisingly free to make up for it.
Last edited: Sep 18, 2020

Timo said:
And they MIGHT need to gain some income now. I don‘t blame them, as this project probably already cost them like 35 million € or more.
Click to expand...

My point proven then. With that amount of money, they could have done better

Fully agreeing with you guys. But to be fair we have to acknowledge, that Phantasialand has ever had a fable for "cutting out" some areas. I'd say the green wall of doom with this cattle fence backyard at Taron is the best example. We're complaining about some flat walls at Rookburgh, but in Klugheim you walk through this tunnel onto a paved square space with sheet metal walls... Not mentioning some bare concrete walls.

The que line of Chiapas is (almost) just cattle fencing with only a bit of theming.

As you already said at the end of the day it might be a budget issue. I mean Phantasialand is somewhere behind Disney and Universal, but the gap between theming levels is much smaller than between budget and size of the business. They're living the 80/20 rule quite well I think 80% of quality by 20% of budget and manpower...
C

Yeah, sorry, but this is just the tits. It's incredibly themed, if not to certain people's taste, there's no denying that it's ****ing obscene and potentially, alongside Klugheim, the best themed area of any theme park in Europe. It's really that simple.

I don't understand how we got from defending RB for being perfect, to pointing out every place in PHL where theming is not perfect, to validate the imperfections of RB.
We all love PHL (I assume) and we will probably stand on the center square of RB multiple times in our life and think "I'm happy I'm here", ignoring all the imperfections, like you would with your partner when you first fall in love
F

A video with a lot of impressions, details, walkthrough of hole Rookburgh & F.L.Y.

Can this thread just be deleted instead of archived? I think this site would be better if we pretend like this thread never existed ❤
Y

Well that's not surprising. That's what we knew for quite a while.
N

Oh boy... When I see some critics with photos... They are concentrating on the left side of the queue without knowing how the right side is looking. But hey, haters gonna hate...

Ethan said:
Nikolas, go to the edit post function and correct your spelling

I love this mindset of "You just don't get it". I think people love something so much that they can't fathom that others might not see it the same way as them.

I will be visiting Rookburgh. But the thing is, I know Rookburgh is supposed to be the smoky, fantasy/industrial district of Berlin, somewhere mysterious that you access through dark tunnels and passages. My point is that I don't think it's perfect. Taron is my favourite coaster and Klugheim is my favourite themed area, and I don't think that's without it's flaws either. I could list them all now.

My point still stands. It looks really really great, coaster looks solid af, but I just don't think it's finished to the same degree that it could have been. If you really care that much about a different opinion, I can even show you my point with images.
Click to expand...

Ethan...How is your spelling and grammar in a foreign language?
Manners maketh man.

I image there are quite a number of people here planning to visit Germany in the next couple of months for F.L.Y etc

So how does everyone interpret the news today of another possible UK lockdown imminently/soon? - happen at Half term? - Will it be a complete lockdown like March/April? - or localised? more likely to just effect hospitality? impact on travel? 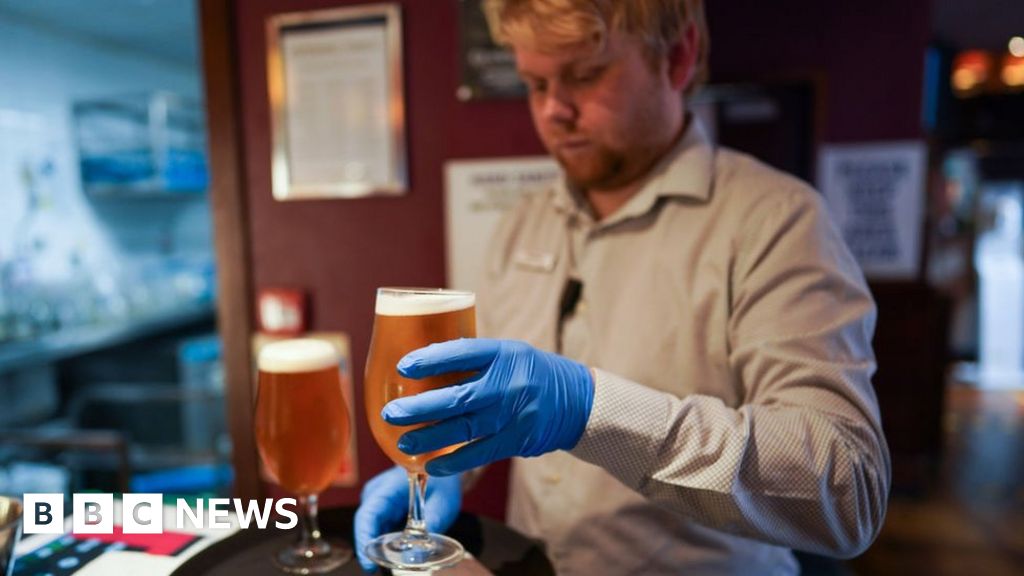 A few weeks of nationwide restrictions to slow a second coronavirus surge could be introduced.
www.bbc.co.uk

At the end of the day, it’s subjective whether it looks good or not. I personally don’t think it’s up to the level they can achieve, but for others it could be they’re favourite thing ever and I’m fully behind it. I literally do not care tbh. Rookburgh looks really good and I’m excited to experience it, I just personally don’t think it looks to be “the best themes area in Europe”, but again... personal taste.
You must log in or register to reply here.
Share:
Facebook Twitter Reddit Pinterest Tumblr WhatsApp Email Share Link
Menu
Log in
Register
Top