It's SO SO SO good. The last row was my favorite.

Aaron Smith said:
It's SO SO SO good. The last row was my favorite.
Click to expand...

That's great to hear, is it better than last time you rode?

b&mfanboy123 said:
That's great to hear, is it better than last time you rode?
Click to expand...

I rode it for the first time at the end of April so I don't have anything else to reference it. From what I remember there wasn't forceful airtime over the top of the hill but the ride overall is so good. That quad down is outrageous.

Staff member
Administrator
Moderator
Social Media Team
Found on Reddit, but source on the image itself. There's not going to be much left at this rate! 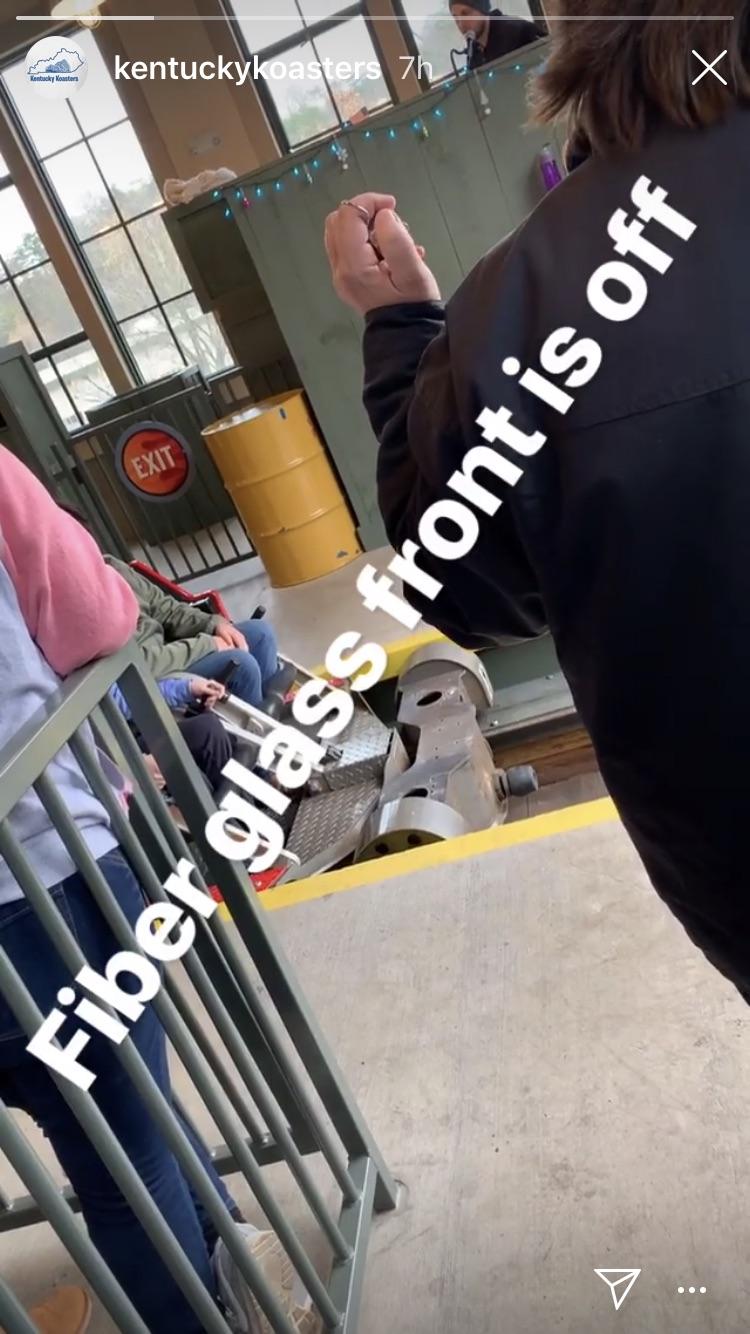 Hixee said:
Found on Reddit, but source on the image itself. There's not going to be much left at this rate!

How could the ride have serious enough issues with the zero car they had to get rid of it altogether?

CrashCoaster said:
How could the ride have serious enough issues with the zero car they had to get rid of it altogether?
Click to expand...

Could it be to reduce drag? Or maybe it was going too fast through certain elements, so they wanted to reduce the train's mass?

Or could it be potentially because the park wants to replace the zero car with a different design, as many people complained about how the zero car looked after it was replaced?

One thing's for sure, though; the riders on the front row will certainly feel exposed!

What in the world?! There’s no way that’s a permanent solution.

Eh...leave them as bare bones as possible. They honestly look fine without it and probably provide an even more thrilling ride.

Who the **** cares if there's a zero car if it means the ride can stay open. Honestly all that matters is they can get the ride open consistently.

Youngster Joey said:
Who the :emoji_zipper_mouth: cares if there's a zero car if it means the ride can stay open. Honestly all that matters is they can get the ride open consistently.
Click to expand...

At this point, I agree. It's a shame, but whatever they can do!

Yeah **** this ride. I love it, I love the park, I love everything but it's too ****ing inconvenient to get to with how unreliable it still is.

If it's what's required to get this amazing-looking ride in operation, then I don't think anyone probably minds the lack of a zero-car!

I wonder why they are still experimenting with the ride 2 years after its opening, though. They must be having some severe problems with it, as it was firstly shut for half of 2018, then it reopened with a substantially smaller zero car and they've now removed the zero-car entirely! Add onto that the ride opening 3 months late and the problems suffered throughout Lightning Rod's opening season, and it is clear that Lightning Rod hasn't been the most successful investment in Dollywood's history, if you ask me, despite the ride apparently being one of the best ever built. Hopefully this signals the end of the ride's problems and a more reliable Lightning Rod!

On a random note, as this is a Lightning Rod thread; would any of you say that Lightning Rod is rough? As I've heard quite a few reviews on the internet now saying that it's rough/uncomfortable, so I was wondering whether you guys think that's true or not.

I'm fine with the change if it means I don't get spited again in March.

Also, on another question, has the ride suffered any more major downtime since the change(s) to the zero car and the second reopening?

@Matt N there was one very rough patch (more like a bad jolt really) at the bottom of the first drop, but i wouldn't call the ride rough by any stretch. it does have some strong negative g's that some might find uncomfortable though.

Never had a problem with it being "rough". It still feels like a woodie, but no part of the ride hurts by any means. Despite what 10 year olds on the internet say, the pothole at the bottom of the drop IS STILL THERE. That said, a lot of y'all have like 0 pain tolerance so your experience will probably depend of how much of a pusspuss you are.

Staff member
Social Media Team
They just give 0 ****s at this point. Love it.

I wouldn't say the jolt at the bottom of the drop isn't any worse than a typical woodie, it's just more jarring because the rest of the ride is so smooth. I think some people have exaggerated it honestly but yeah it'd be nice it wasn't there.

As for the zero car, part of me is a little sad they removed all the features, it was always one of my favorite train designs. I can't speak for the view as I've never done front row, but I prefer the back half of the train anyway (furthest up front I tried was second row).

That being said, I guess do what ya gotta do at this point.