TLARides said:
I guess that means the empty field behind the park is still going unused then, unless they decide to follow this up with a "strata."

Also, they can add in an extra airtime moment in a short space, notice how the ending of the last sideways airtime section is a decent ways above the ground.

On the subject of available space, I think KI is kind of trying not to develop new land unless they have to. The park is fairly spread out in some areas and they have enough room to work with without having to go onto that grassy hill behind Banshee. Honestly, I think once Invertigo bites the dust in a few years (it’s no secret it’s on its last leg) I think that area up by KI Theater/Congo Falls/Invertigo’s site is going to be the next prime real estate for some sort of addition. There are also a ton of trees separating the park from the parking lot with a little creek running through it, cut into those trees and you have room to build basically whatever you want.

I will be there tomorrow to snag some more photos. KI has confirmed a webcam would go live once it goes vertical so I think it’s safe to assume Orion’s still very much on the ground.

Just saw this from Racer, wanted to go photograph it but Kaylee informs me FYE Coasters beat me to it so here ya go! More track pieces including the turn into the station from the brake run. The crane is now raised and can be seen from the old Firehawk plaza.

Base of the drop went in today per the webcam. Looks like she should start reaching for the stars very soon!

Check out all of the fun going on now at the park with Kings Island's live video streams!

We went yesterday for a few hours but left the cameras behind since we’re going next week. Looks like groundwork is either complete or extremely close to it, the clearing next to Beast’s trim shed is now full of completed footers and I think I saw an asphalt paved maintenance road back there as well. Kaylee also noticed that FoF now has new announcements played in the queue line audio. The Chaos building also now rocks the Area 72 paint job and sports a large 44 on the side of it, not sure how long that’s been there since I just did Chaos for the first time yesterday.

That's actually a really nice blue. Wasn't expecting it to turn out that way.

Hutch said:
That's actually a really nice blue. Wasn't expecting it to turn out that way.
Click to expand...

Agreed it's a great color. @Antinos must be swooning over it

Hutch said:
That's actually a really nice blue. Wasn't expecting it to turn out that way.
Click to expand...

Take a picture, the color will last longer.

Lift is starting to go up! Shouldn’t be long now before it’s visible from the skyline!

Youngster Joey said:
Agreed it's a great color. @Antinos must be swooning over it
Click to expand...

I think Goliath at Walibi Holland is a bit of a darker shade but seeing that in blue this summer was a huge improvement over the sickly green it used to have.

I just joined Coaster Force and let me say I am super excited for Orion! I'm always watching the webcams and I saw them put up the lift hill piece today!

Hawaiian Coasters 325 said:
I just joined Coaster Force and let me say I am super excited for Orion! I'm always watching the webcams and I saw them put up the lift hill piece today!
Click to expand...

Welcome to the forums @Hawaiian Coasters 325!

Ight, went to the park yesterday and had an awesome time saying goodbye to Vortex, finally finding an Orion shirt that fit me, and checking out some of the new scare zone stuff. Oh, and something was going down behind Racer, looked like they were building some kinda blue thing. 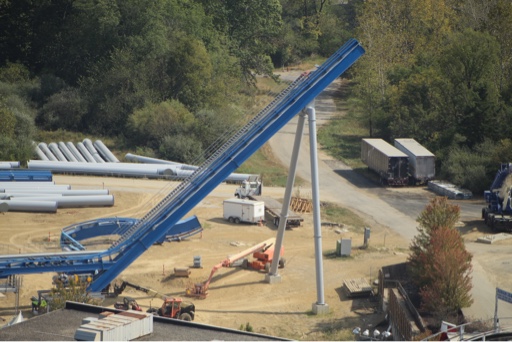 Orion is now off the ground and as seen on the webcam, is starting to reach for the stars! 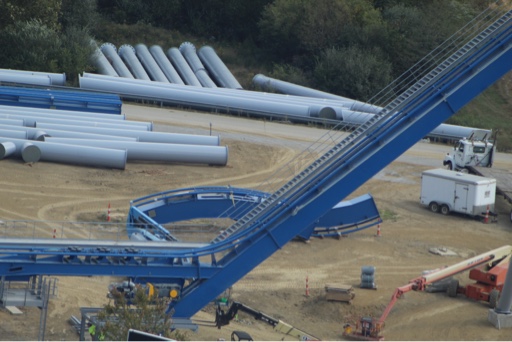 I saw them move this on the webcam and kind of scratched my head why, but the top of the lift was kind of randomly moved to the center of the old Firehawk plot.

Brake run track including the transition from slope to flat as well as the start of the drop pullout where the arching spine diverges between the track and extension to the ground. 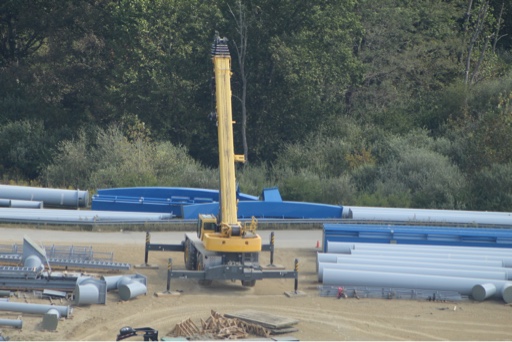 There’s also a lot of actual layout track towards the back of the plot.

Footers are ready to receive supports!

You can also see Orion from around the park to some extent. It’s visible sticking up from behind Racer now. That’s going to be an amazing visual once they top it off! 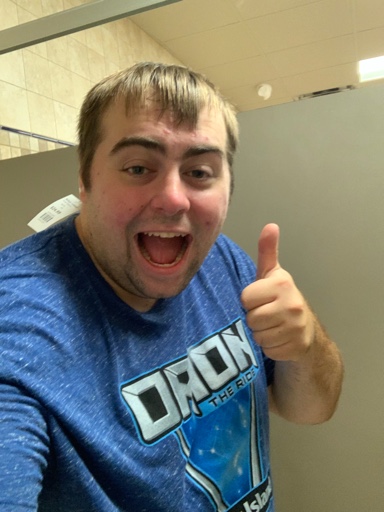 Also, side note to anyone wanting an Orion shirt, go at least a size up. I got an XL, the size I get for all my t-shirts, all 3 of the XLs I got in California fit normally, but the Orion shirts are made of some thin stretchy material that made me look like a chonky blue space sausage. Luckily Kings Island merch is awesome and let me exchange it for a 2X that fits like a normal cotton XL and is super super comfy. The white ones are even worse, I tried on Kaylee’s 2X and it fit me like the blue XL I initially purchased. I would go one size up on the blue or black and two up on the white unless you’re looking for a tighter fit.