Truly tasteful trains! Has lettering on the back too. :emoji_hamster: 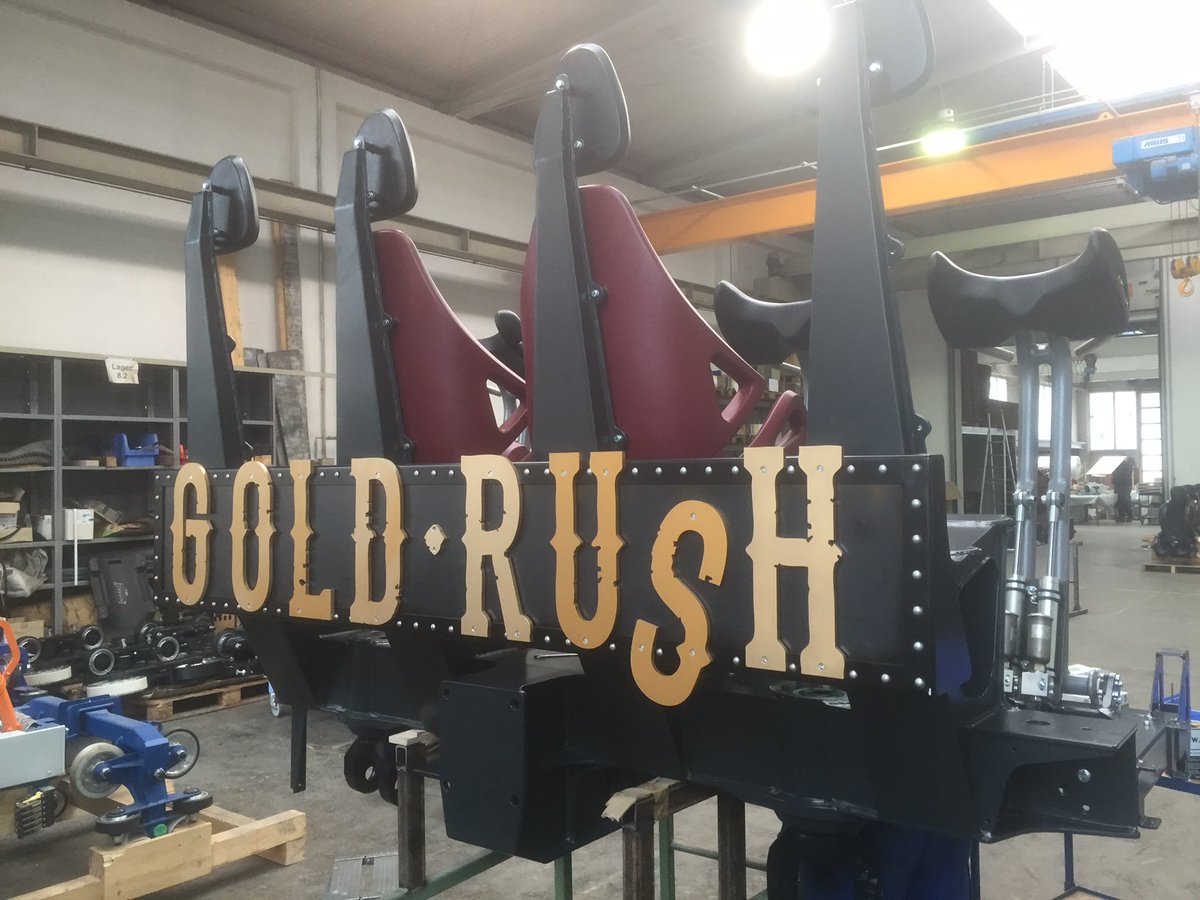 Detest that one fallen letter on the train. It's really off to the eye as it's the only one
T

I second that, I hate unsymmetrical coaster trains!

It looks like a bad tramp stamp that a friend got while hammered.

Sent from my SAMSUNG-SM-G920A using Tapatalk

The sunken S is completely unnecessary to have. The logo doesn't even have it? It literally makes no sense for me at all.

Lofty said:
The sunken S is completely unnecessary to have. The logo doesn't even have it? It literally makes no sense for me at all.
Click to expand...

I agree, it's like Gerst are expecting bolts and stuff to fall off this one.
S

Staff member
Administrator
Moderator
Social Media Team
I mistook the monorail track for the launch track then. Slowest. Launch. Ever.

Lofty said:
The sunken S is completely unnecessary to have. The logo doesn't even have it? It literally makes no sense for me at all.
Click to expand...

What I think is truly unnecessary is the number of columns holding up the second inversion.

This didn't get much interest but I think it looks great!

Agreed i think it really good, nice mixture of airtime and inversions i can see this being cloned which definitely wouldn't be a bad thing. Definite improvement on the rusty old schwarzkopf.

But... I liked that rusty old Schwarzkopf.
Although, this does look quite good, but also means that I'll have to get back to Slagharen if I'm ever around...

Staff member
Administrator
Moderator
Social Media Team
I'm torn about the backwards bit. Yes, it's a gimmick that's slightly different to the norm, but I hate going backwards. Once that's over though and it launches through the station to go on the rest of the of its journey, I think it's rather nice. A coaster that makes me want to visit the park. Yeah, colour me impressed.

It looks like good fun to me - I'll be looking forward to riding it when I can.

Gold Rush has only been open for a week, and now Slagharen announced on Facebook that Gold Rush will be closed for the next few days. During monitoring they have discovered that part of the foundations needs extra reinforcement. They expect to reopen the coaster on 24th April.
E

Although, if it's foundation work it might not actually be Gerstlauer's fault.

I finally rode it yesterday. I really enjoyed it! First ride was in the front seat, and while I quite liked it, I wasn't blown away either. Then I rode it in the back...

It starts off with a small launch forwards. Then a launch backwards which feels similar to the Sky Rocket II models (Sky Scream). One of the best parts of the coaster is going backwards, half into the dive loop. In the back seat you get some force at first and then you hang upside down for a little bit before going back down. I'm not always a big fan of hangtime myself, but with these restraints it's so comfortable and it isn't long enough to become a problem. It's such a cool and thrilling sensation.

Then you launch forwards. As expected it's not the best launch, but since it's Gerstlauer it's still quite fun. The best part of the ride is the top hat, again, in the back seat. You get such a strong "pull" of ejector going down, it's comparable to a great, steep first drop on a coaster. During all of my seven rides on it, it gave me a massive smile. So much joy <3

The inversion that follows is enjoyable, like most inversions with lap bars are. Again, in the back seat it's significantly more forceful. The hill has a pop of airtime anywhere on the train. Then it turns into the last dive loop. This one is better in the front, particularly the right side, as you get much more of a 'snap' than the back. One of the highlights of the coaster definitely. Gerstlauer knows how to do fab dive loops. It's not as good as the one on Karacho though.

All in all it's loads of fun to ride. Just another great Gerstlauer and a fantastic addition to Slagharen. It was pretty smooth, strangely enough smoother in the back than in the front. The operations were very good by Slagharen standards. It broke down a couple of times but the queue never got longer than 20ish minutes. You can pretty much choose your own seat. They let a certain amount of people into the station at a time but there's enough people so that you can still choose in most cases. The trains are quite comfy and provide plenty of freedom, as people who have ridden some of the new Gersts probably already know. They do staple you a bit but it doesn't harm the experience that much.

It's by far my fave shuttle coaster, and I'm one of the people who actually quite likes Sky Scream. It would make my top 7 of the Netherlands;

Joris en de Draak
Troy
Lost Gravity
Baron 1898
Goliath
Dwervelwind (note that I love this coaster more than most, before you think Gold Rush is "worse than a family spinning coaster" )
Gold Rush

As for Slagharen, pleased to say it's in a much better state than when I visited it 3 years ago. The new coaster obviously adds a lot to the park, and it being very sunny with plenty of people around helped the atmosphere a lot. But it felt much better kept now with the new management. Not all that rundown and poorly ran anymore. Operations are much better. I had such a fabulous day.

I visited last Monday, and had a great time. And GoldRush was amazing. I rode the first time in the back and wow. The drop outta the tophat is amazing, the air time on the bunny hill was cracking and the snap in the dive loop was great. Overall a great coaster, I then rode further forward in the train and wasn't as impressed as I was with the back. Only thing i didn't like was the operations, as they were only using rows 1,3,5 and giving the ride a 10min wait where it could of had a walk on every time. and i found the seats uncomfortable as they cut into the backs of my legs as the staff pushed the lap bars in so tight. Great little park tho And definitely worth a visit just for GoldRush
You must log in or register to reply here.
Share:
Facebook Twitter Reddit Pinterest Tumblr WhatsApp Email Share Link
Menu
Log in
Register
Top