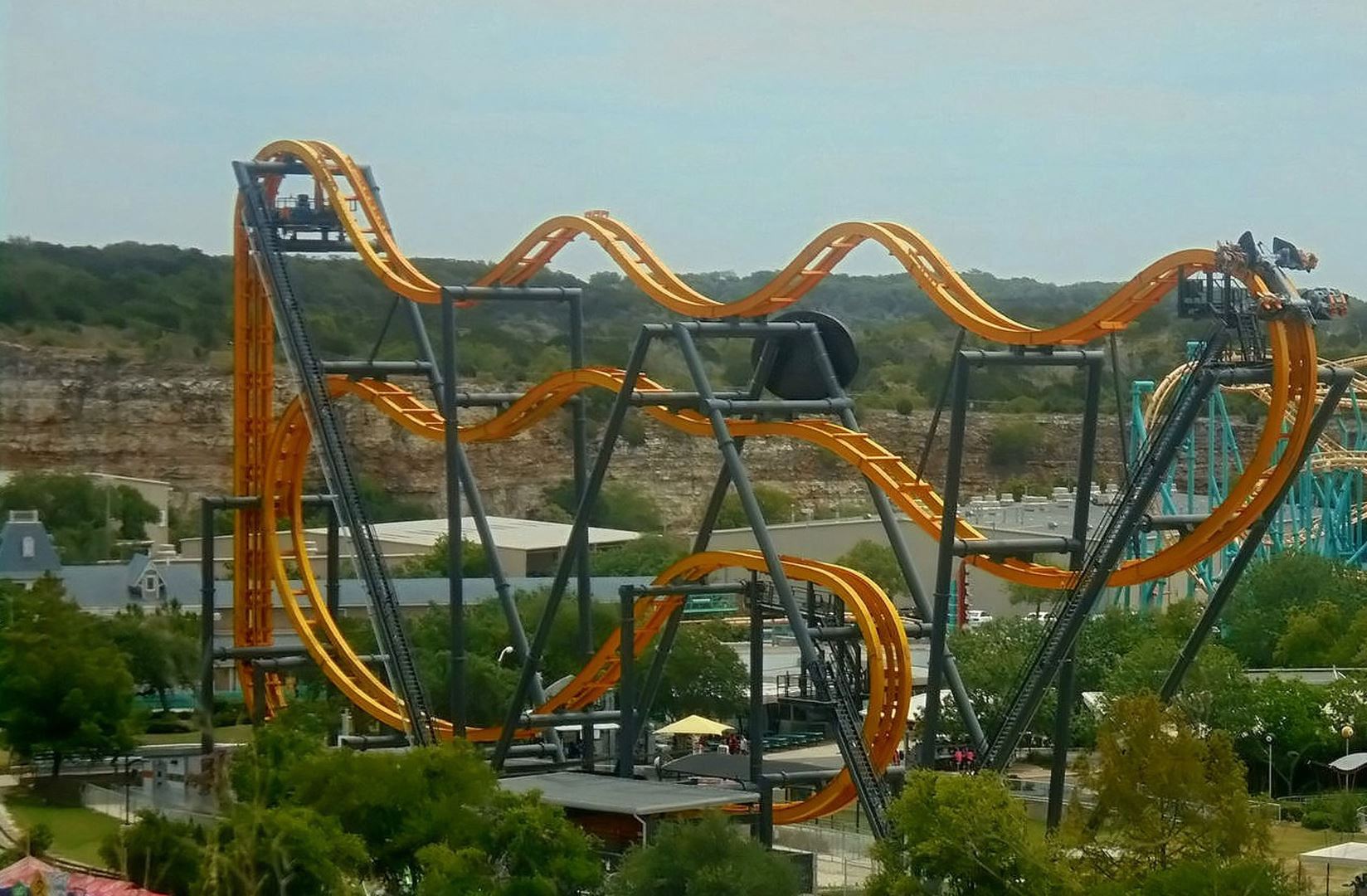 And then here's S&S' brochure containing a diagram to the standard "110" model that Six Flags has purchased. Maybe we should stop referring to them as the six element and ten element models as that's clearly not the case. Despite that, the point stands that Six Flags hasn't built the small model...whatever the hell it's called.

S&S does actually refer to “six element and ten element layout options available” in the ride brochure, so I think this is definitely a way that S&S distinguishes the two layouts.

Also, upon closer inspection, I actually think the Six Flags model/the 110 model may be the smaller, six element model. Because the standard layout that S&S shows in the brochure has an uncanny resemblance to the Six Flags models, and when you add together all of the listed elements in this model ( the “spin points” and “potential spin points”, excluding the brake run), then the layout shown has six elements in total. So I think Six Flags actually buys the smaller of the two models.

So if Adventureland is reportedly getting a “family” model, then maybe S&S has custom-designed them a smaller layout, or maybe they’re fitting less fins so that the cars don’t flip as much?

Out of interest, haven’t all of the Free Spins built so far apart from the one in China been the 110 model (so the Six Flags ones and Arashi, as well as the one Kings Dominion is building)?

Tried my first one of these at Great Adventure last winter, thought it was a bit rubbish to be honest so I'm not overly excited about this.

It looks like the first half of the ride will remain standing for some time still, although it doesn't really matter because they can obviously fit a free spin in the space they've freed up with the removal of the figure 8.

The park has confirmed 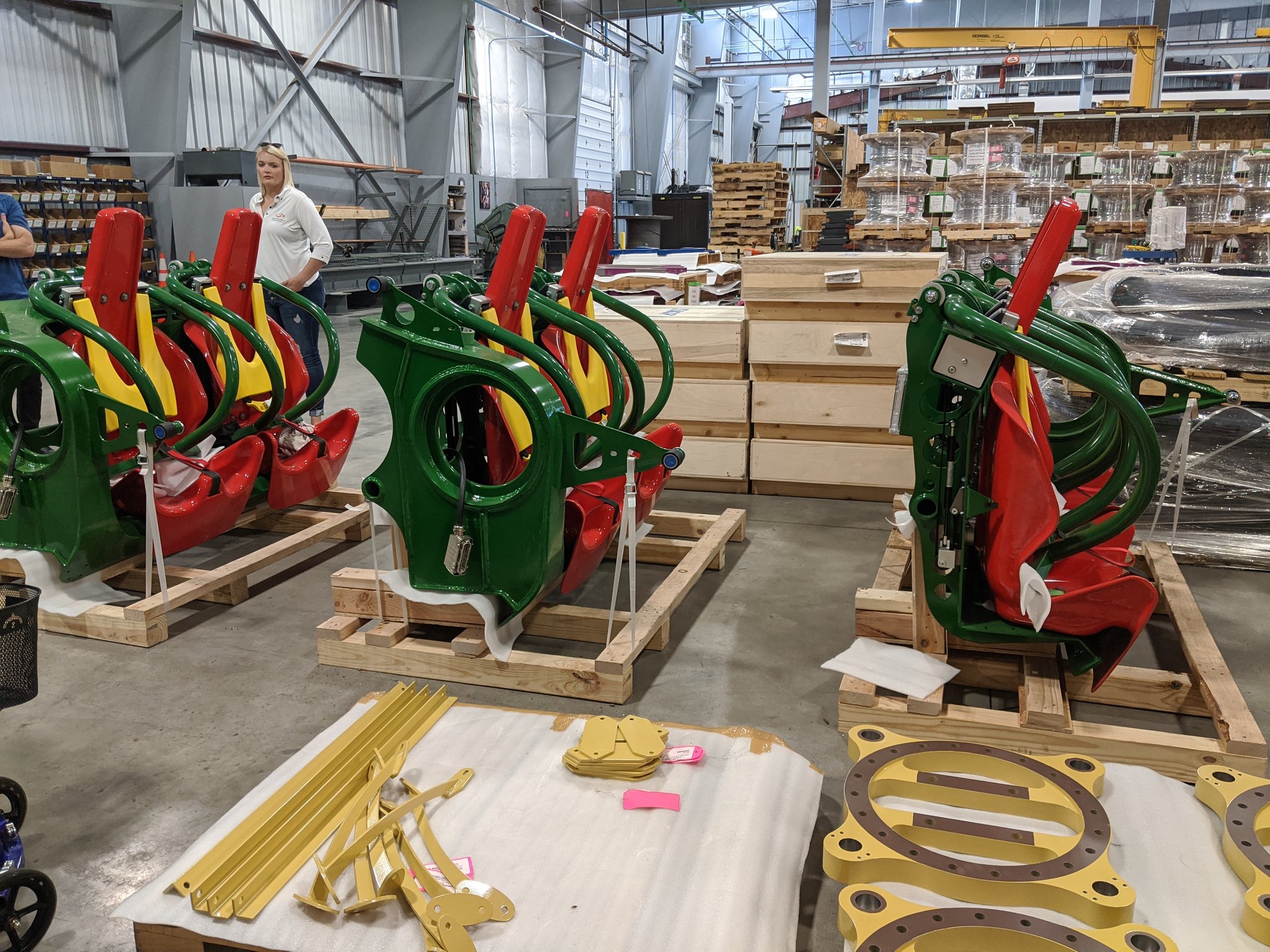 Those are indeed Dragon Slayer's trains.

http://instagr.am/p/CGa9cBGDBkd/
Looks much smaller than the other version

But also, why have they left the Dragon vertical loops?

CanobieFan said:
But also, why have they left the Dragon vertical loops?
Click to expand...

Perhaps it could be for the same reason that Alton Towers retained Corkscrew's famous inversions? Dragon was Adventureland's first steel, looping coaster, after all. Or they could just be using the loops to hang up advertising banners for Dragon Slayer.

CanobieFan said:
But also, why have they left the Dragon vertical loops?
Click to expand...

To remind themselves not to build a piece of **** like Dragon ever again.