What would be your dream theme in a theme park?

If there was a giant Hyrule themed park I would probably quit my job to be a ride op there forever. With all the vibey music in all of the right places.

Other than that, I'll take a good sprawling New Orleans/ bijou theme. Or anything I've made in rct...

Pokemon is genuinely the one theme I am so surprised has not been exploited more in the western world. Great shout.

After a quick think, the following are theme's I'd like to experience, in order of preference from 3rd to 1st (they may exist, I don't know about them if they do)

3) Minecraft, it's such an iconic game that has stood the test of time so well, unusual for 21st century creations. and it's a theme you could do a lot with. Mine cart coaster, rowing boat splash cart / log flume, a nether dark ride, a, erm, twirling toadstool ?

2) Discworld... A crazy fantasy theme that you could have a lot of fun with.

1) Middle Earth / LoTR... Should need no explanation. This would HAVE to be done by Disney or Universal on a Pandora / wizarding world scale though to do it justice, and it's just not going to happen.

OOPs a special mention for a game that got finally released last night, and is awesome... Cyberpunk 2077's world would make an amazing themed land... Not sure that kind of content is suitable though ? P.s for anybody interested, the game is also playing very well so far.
P

Some type of polar-esque theme park centred around permanent Christmas, artic or just a generic snowy landscape set at night I think would be great.
Would have to be an indoor theme park with mostly low to the ground launch coasters, snowy themed flat rides and a central area with ice skating etc.

It could be opened all year. Would be great here in the UK.

I actually wonder if a smallish indoor woodie would be possible in such a scenario or maybe ultra noisy. Something along the lines of a small Gravity Kraft.

Self contained power via solar panels on the warehouse/show buildings and/or a small wind farm would make a great case for the park too (in the long run at least).
Last edited: Dec 11, 2020

Back in my RCT3 days I once built attempted an area called The Time Warp. As amazing as a Rocky Horror themed area/attraction would be it wasn't that!

In my mind it was a "main street" style area where the buildings start off at one end very old fashioned and gradually go "through the ages" becoming more modern with every couple of buildings you pass, maybe even ending up at apocalypse. The version that my 18 year old self made on my PC all those years ago was obviously very basic and limited to what you could do with RCT3 but I think something like that could be full of potential for a diverse ride line up.

These days I think the main focus would be one of those insane Intamin multi launch throw you out of your seat at every opportunity devices weaving in and around the street. This would be called Time Reaper. I like that name a lot.

Also an 80s themed 4D Cinema along the way, with something like Gremlins as an IP. I feel like 80s/90s nostalgia especially could be a big draw for people and there'd be so much opportunity for retail/dining along the way! That's all I've got really but if anyone wants to build on that feel free ?

A really well done and fully immersive horror or spooky themed area would probably be ideal for me. Something that gives off these kind of vibes: 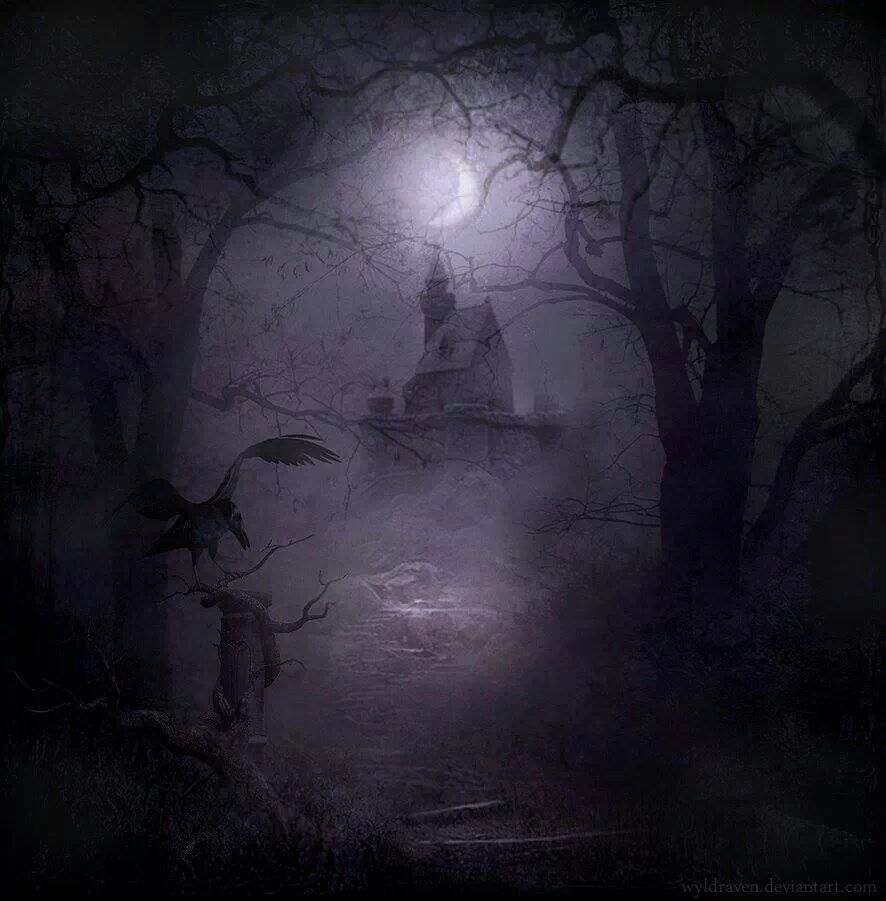 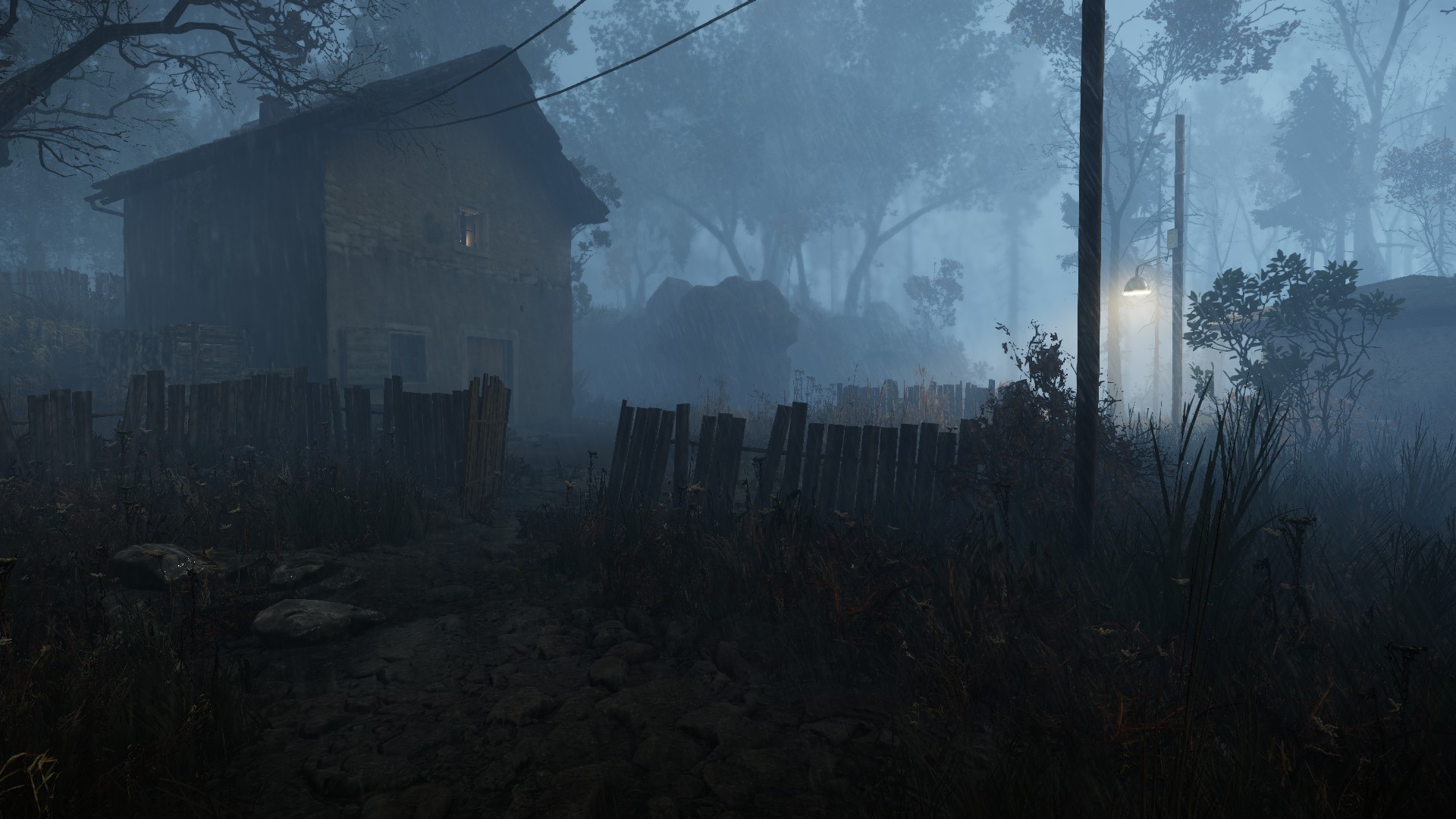 I also echo the idea that Lord of the Rings would be great. I don't love the movies (yes, shoot me dead) but I think it could make for a phenomenal area.

Staff member
Moderator
Social Media Team
Hah, I came here to say Lord of the Rings as well. So many plots/scenes you could play with:
- The Shire Log Flume
- Gringott's Bank-style ride for the Mines of Moria
- Ride of the Rohirrim Launched Motorbike Coaster (With Horses, of course)
- Shelob's Lair Dark Ride
- Minas Tirith Dive Machine, Dropping from the Overlook down through the City

Nicky Borrill said:
OOPs a special mention for a game that got finally released last night, and is awesome... Cyberpunk 2077's world would make an amazing themed land... Not sure that kind of content is suitable though ? P.s for anybody interested, the game is also playing very well so far.
Click to expand...

That gives me an idea I'm sure no one's had yet - a T-Rex themed T-Rex.


My actual answer is this though:

cocoa said:
Or anything I've made in rct...
Click to expand...

I feel like Merlin have already made a half-arsed attempt at recreating one of the pictures Taylor posted. Equally, a Lord of the Rings land would need a coaster like Dragon Mountain - the name fits and they're both overly long, have pretty scenery but don't really go anywhere.

Back when the media were clutching at straws to make The Walking Dead sound interesting, I remember making a joke about a Red Dwarf themed ride and I still think this would d be fab on a coaster along the lines of Eurosat, even if increasingly few people would understand it.

Game of Thrones would make a good theme now, but I appreciate it wouldn't age well - to the extent that Thorpe probably have it pencilled in for some time in the 2040s.

Finally, since we're in fantasy mode and it doesn't need to have mass appeal, I'd like to see another attempt at a Hard Rock park where the imagery of classic metal album art is brought to life - Maiden alone have probably done enough to fill a park!

Will said:
Finally, since we're in fantasy mode and it doesn't need to have mass appeal, I'd like to see another attempt at a Hard Rock park where the imagery of classic metal album art is brought to life - Maiden alone have probably done enough to fill a park!
Click to expand...

I have an old unfinished rct project called 'Harder Rock Park', should probably get it going again just for you.
Music of all genres seems underutilised in the themed world, I think they could make for an unlimited range of great combos (beyond say, old vekomas with Aerosmith cutting out constantly).

Mine would be based on decades. Each different Zone is based after a specific decade of the 20th and 21st century. Cast members dressed in the right garb, licensed music from big stars and colour schemes to match. Big hits would would be 60's through to the 90's as they are very distinct and are in vouge with retro TV shows at present.

Darren Alexander said:
Mine would be based on decades. Each different Zone is based after a specific decade of the 20th and 21st century. Cast members dressed in the right garb, licensed music from big stars and colour schemes to match. Big hits would would be 60's through to the 90's as they are very distinct and are in vouge with retro TV shows at present.
Click to expand...

(Or is it just a load of unmanned closed rides and social distancing chevrons?)

I'd love to see a Blade Runner themed area.

Obviously it will go way over budget and not recoup anywhere near the money that it should, but it will get great reviews and look incredible.
J

I would love a Witcher theme in a park, I like the fantasy setting in some parks but I want a more gritty and dark version like the Witcher. The books and games are great and now with the tv show being well received and anouther series on the way I think it would be a great IP for a park.

I would set it around cher morhen, an old Witcher school.

For a indoor ride I would have trackless dark ride were you are a Witcher battling monsters in the woods.

for the main coaster it could be themed to all manner of creature from dragons to demons, there’s a lot that could be done and I would love to be able to walk through it.

With it being Polish I would have loved to see it at energylandia if they had wanted to be more of a theme park, it’s very well known In Poland and I think it would have been a big draw.
J

I'm going to join some other folks in here and say that a Middle-Earth area would be so good and my ideal theme! One of the ideas that comes to mind is a boat ride/log flume that specifically goes through different iconic locations set in middle-earth such as Rivendell (ride could start there) and make its way to the likes of statues at River Anduin....imagine passing by the two huge statues on either side!

Another idea I really hope would come to life would be the London Ministry Of Magic in Epic Universe. I really hope they don't go down the Fantastic Beasts route because quite frankly, those films were a flop haha. Imagine walking through the large fire places with green mist smoking through and turning the corner to see the huge Ministry of Magic....i'm certain Universal can pull it off!