That might be the point, they don't want to fully take from one, just be 'influenced', maybe? They want it to sound vaguely Scandinavian, while still being their own creation.

Crazycoaster said:
They want it to sound vaguely Scandinavian, while still being their own creation.
Click to expand...

That might be it. And considering how Disney goes about at EPCOT, this certainly could have been a lot worse.

Ah, I see what you meant now @Pokemaniac – thanks for clarifying! It certainly is interesting how they seems to switch between languages, and it might have been simpler if they’d have just gone all one language or all the other, as it is a little bit confusing.

Pokemaniac said:
Your work is great. Spot-on translation as far as I can tell.
Click to expand...

Aha, I can’t really take any credit here as all I did was run it through a translator and check it over briefly to make sure it was generally readable – wasn’t completely sure of the accuracy myself, am glad that it all seems okay though
Last edited: Oct 9, 2018

I don't think people are going to be all like "I'd like this area of the waterpark more if it wasn't called Temple as the factual history of the term is incorrect"...

Installation of a replica Viking ship in the Hotel. 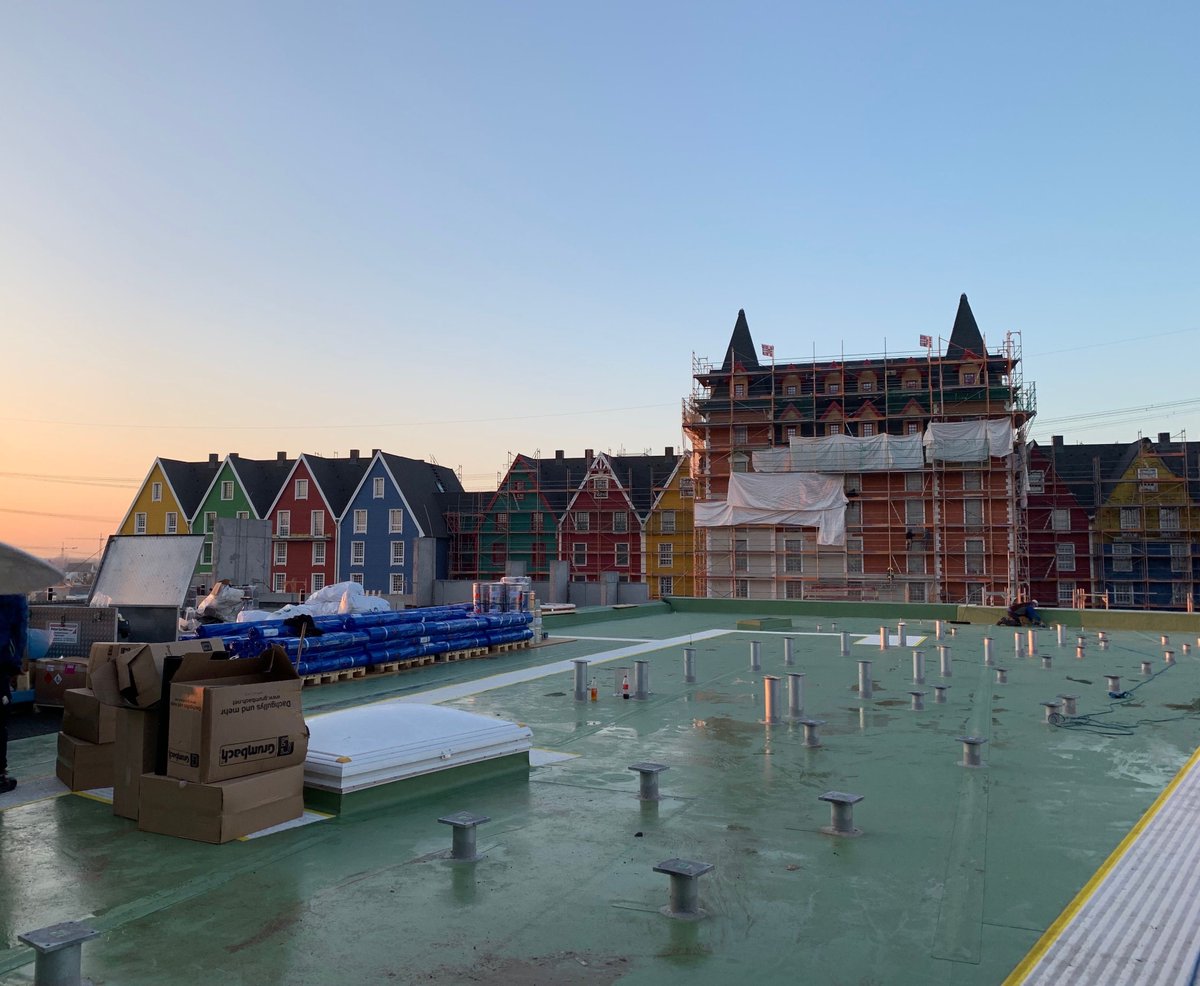 Progress with the water park. 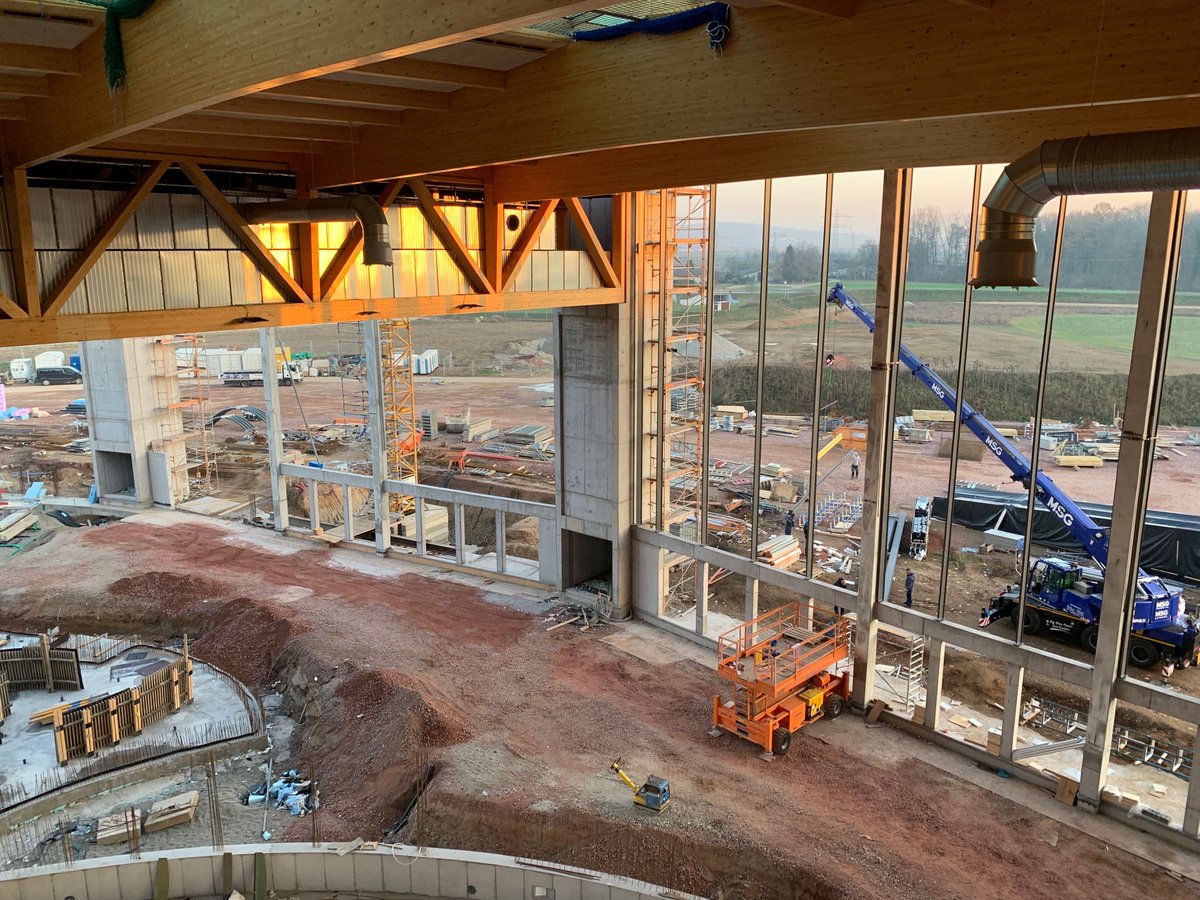 First slide parts to be installed. 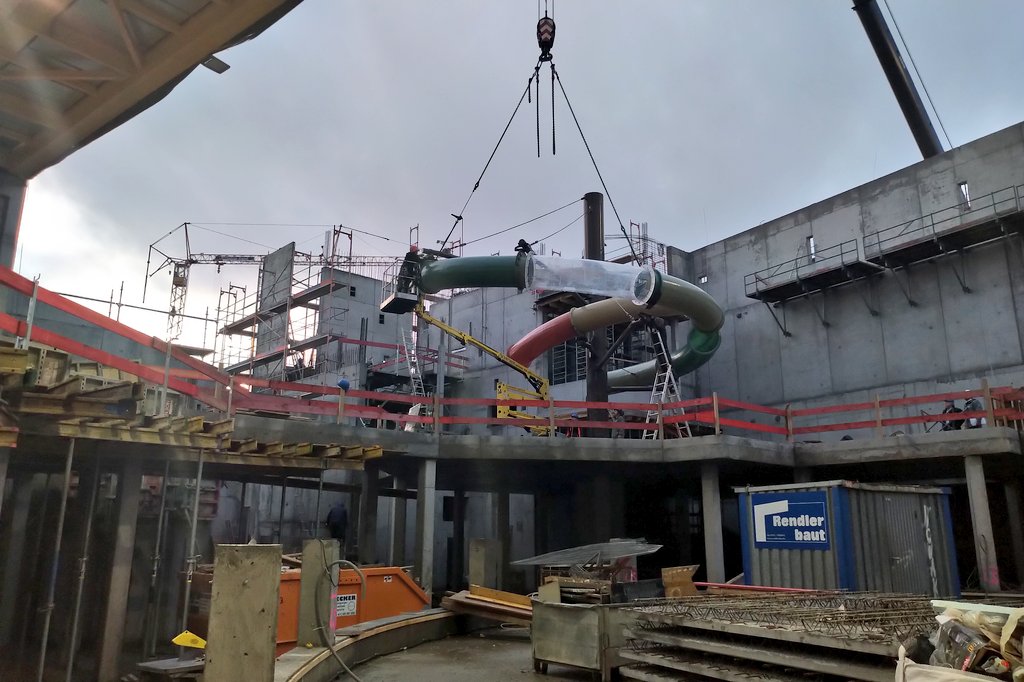 Some very good pics here from epfans.info from the Rulantica tour organised by EuropaStreet

A new concept map has been released showing (presumably) the final names of the areas in Rulantica. The names were already used before in the blog post discussed on the previous page but they've now been officially added to this graphic.
Also a new ruins(?) in the water has been added at the bottom - not sure whether that is representing something else in the park or just for artistic purposes.

Michael Mack also posted a look at two of the slides on Twitter.

Some overview shots of the construction site from Thomas Mack's Twitter.

At the bottom of this image you can another small construction that has started which will be new staff apartments.

Universal Rocks at work on the brick facades of the hotel.

EuropaStreet posted some more details about the new water park following their tour of the construction site (see Robert. W's last post).
- Rulantica will feature one main restaurant (pizza/pasta), a burger joint, a pool bar and one other F&B outlet.
- RFID wristbands will be utilised for payments so guests do not need to go back to their lockers to get money every time they wish to purchase something.
- It will be essential to pre-book Rulantica tickets online if you wish to visit due to the limited capacity of 3,000 - 4,000 people.
- The standard closing time for Rulantica will be 18:00 but it is likely to stay open later on busy days and special event days.
- Everything is on schedule so they are confident that the park will be finished in time for a November 2019 opening.

This article confirms that an adult Rulantica ticket will cost just under 40 euros.

Staff member
Administrator
Moderator
Social Media Team
About to show how basic I am - I've never seen a slide like that before! Prime for some competitive sliding - that's really cool, I love it.

^ I think there's quite a few of them about, never ridden one myself though. As somebody who always rides slides flat on their back, I'm not sure I'd even be able to see anybody else on the other side of the slide! Rulantica is looking fantastic though, Europa Park is really becoming a resort that requires a decent amount of time to cover.

There's quite a few of them in mainland Europe, but they're at obscure indoor waterparks in the middle of the Ukraine and stuff. I only know from AmusementForce's YT page.

Really excited for this project, I can't wait to see the finished product.

Lofty said:
I only know from AmusementForce's YT page.
Click to expand...

Ah so the video of the slide was "Dangerous Double Tube Slide" or something equally as clickbaity?

Ethan said:
Ah so the video of the slide was "Dangerous Double Tube Slide" or something equally as clickbaity?
Click to expand...

Yeah, his channel makes me laugh. He uploads two of nearly everything, one of them being "name of slide POV @ X park", the second being "OmG dAnGeRoUs SlIde - NeArLy DiEd'

New concept art of the entrance of Rulantica as it will be seen from Hotel Kronsar.

Some views of the connecting bridge from Thomas Mack on Twitter

Europa confirmed last Saturday that the first water slide has been completed, one of the duelling slides.

A view from the ground floor of the lobby in Hotel Kronsar. The spine of the what will be the centrepiece skeleton is in place. 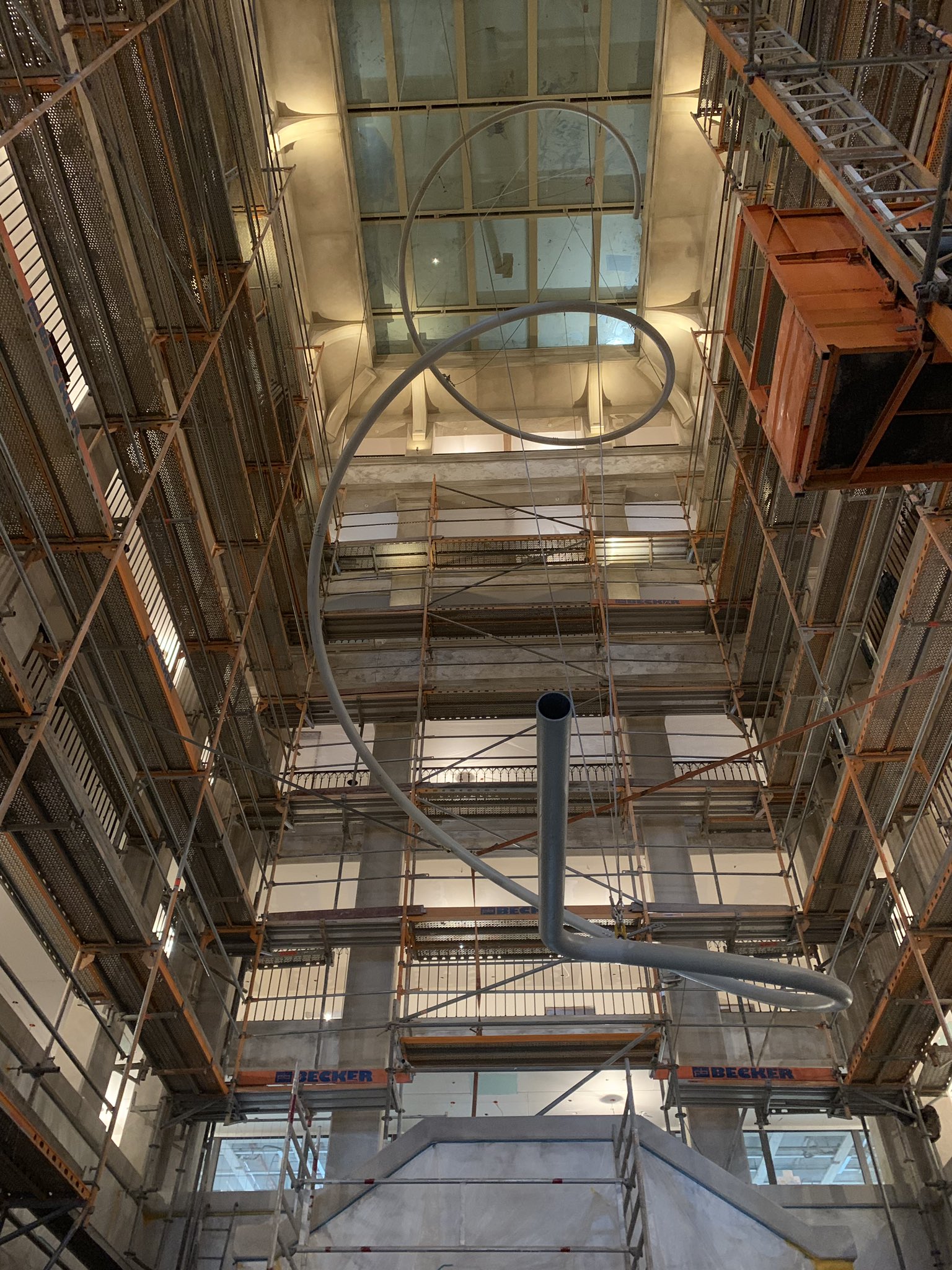 Some shots of the mostly complete exterior of the hotel. 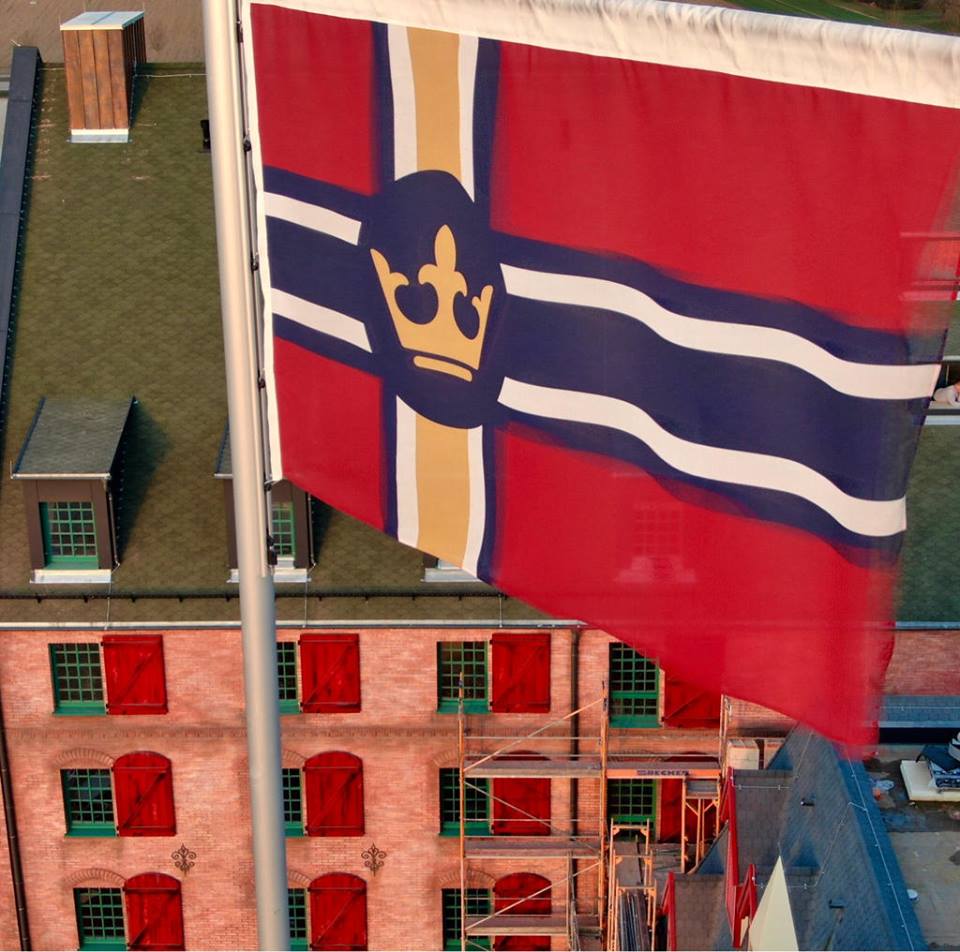 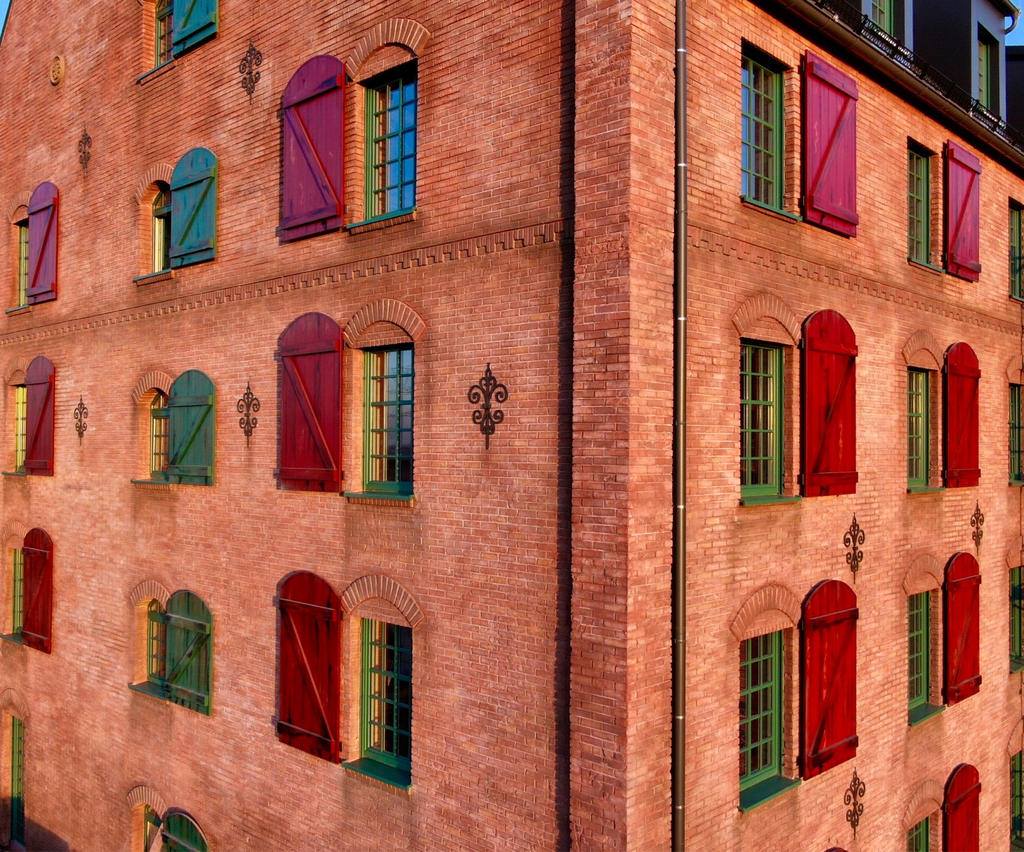 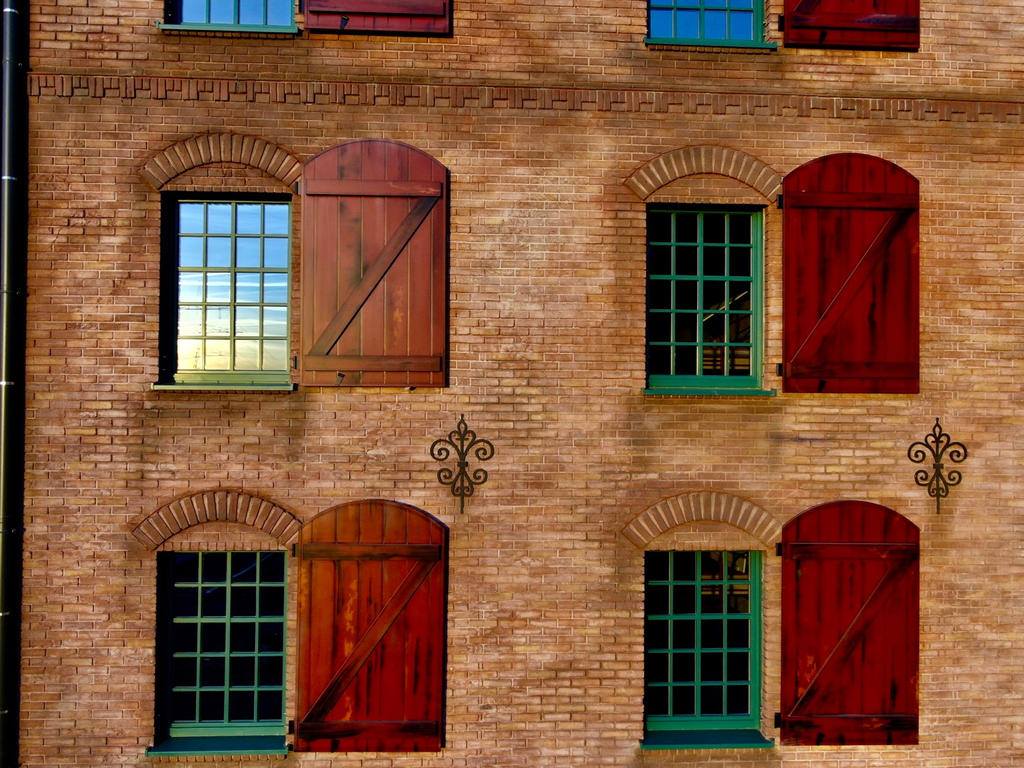 Staff member
Administrator
Moderator
Social Media Team
Wow it's lovely. I'm so excited for a huge weekend doing this and the main park. Going to be faaaab.

It's lovely, I wanna stay there on my next visit.

Michael Mack also mentioned in this interview that the water park will "most likely feature an underwater VR experience"...
Last edited: Mar 6, 2019

That is absolutely ****ing gorgeous

Parts of the Tornado Wave in place. Source 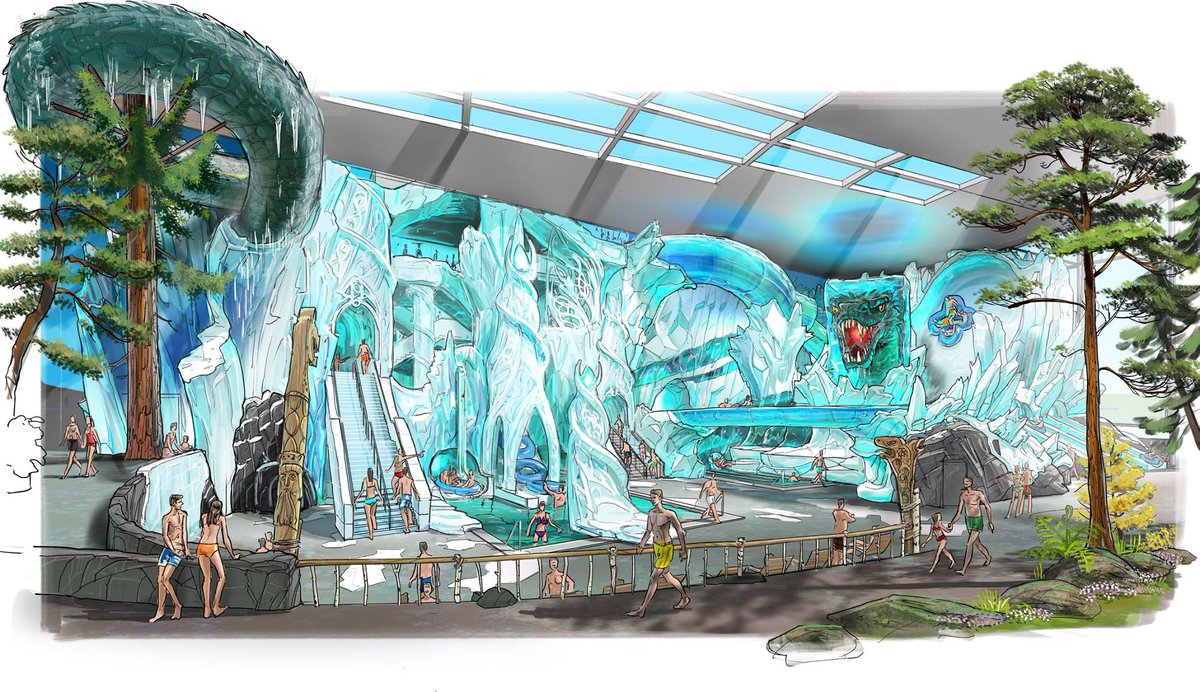 Concept art of how the slide should look when done.

Parking will cost 6 euros. Not included in the entry fee is the hire of a locker. Use of a locker will cost 1 euro. The fee is intended to encourage visitors to consciously use the capacity of the lockers and not to create an unnecessary shortage of free lockers.

Hotel guests will get an hour of extra time before Rulantica opens to the public each day, and they can travel on a free shuttle bus between the Europa Park hotels and Rulantica.
Source

Thomas Mack has also shared on Twitter some looks at the inside of Bubba Svens the A-la-carte restaurant in Hotel Kronsar. 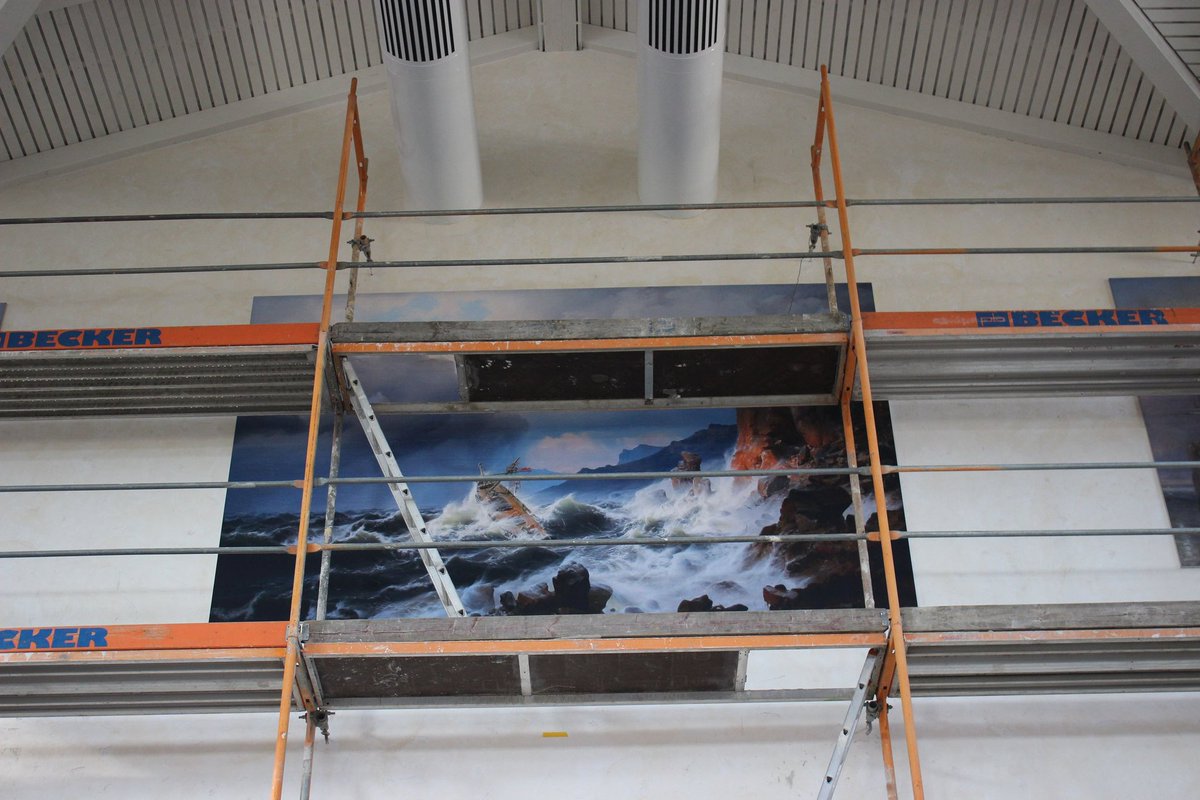 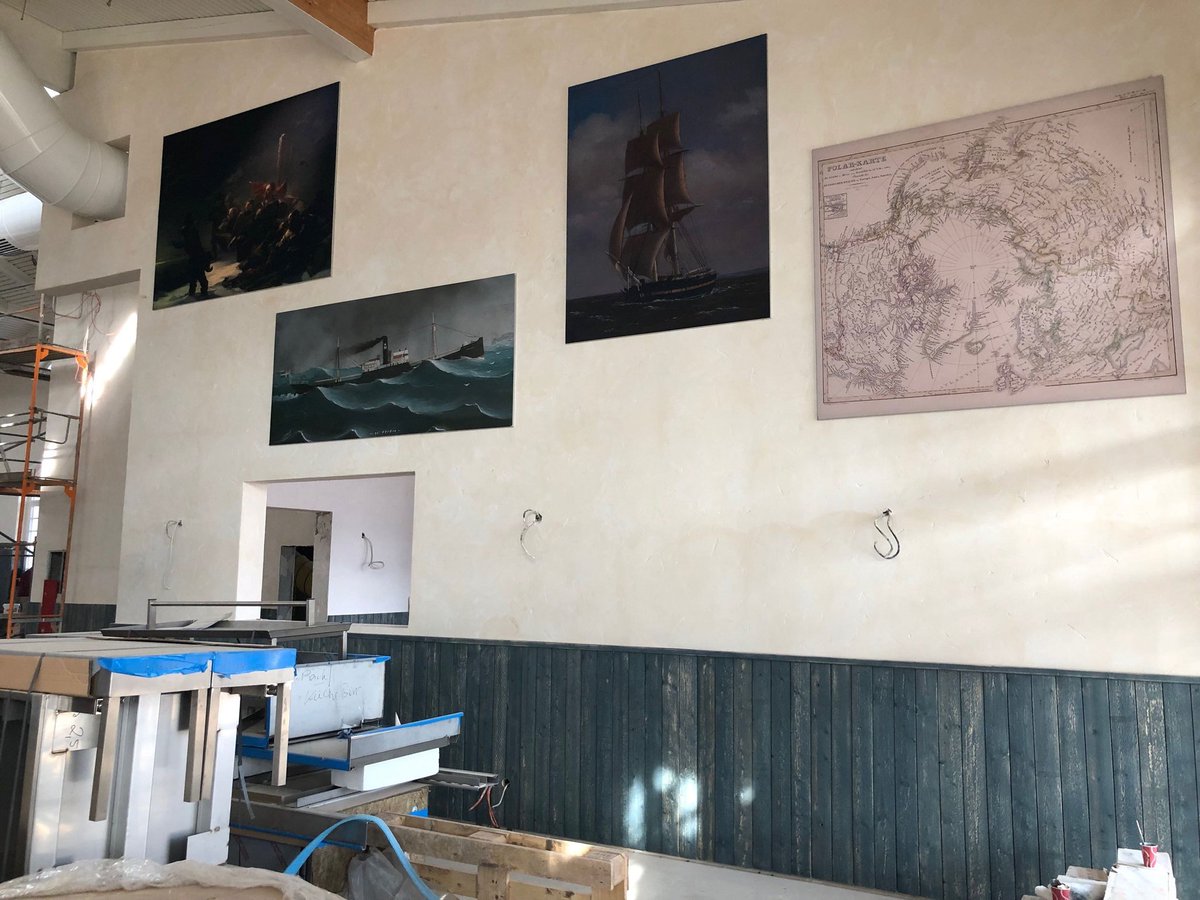 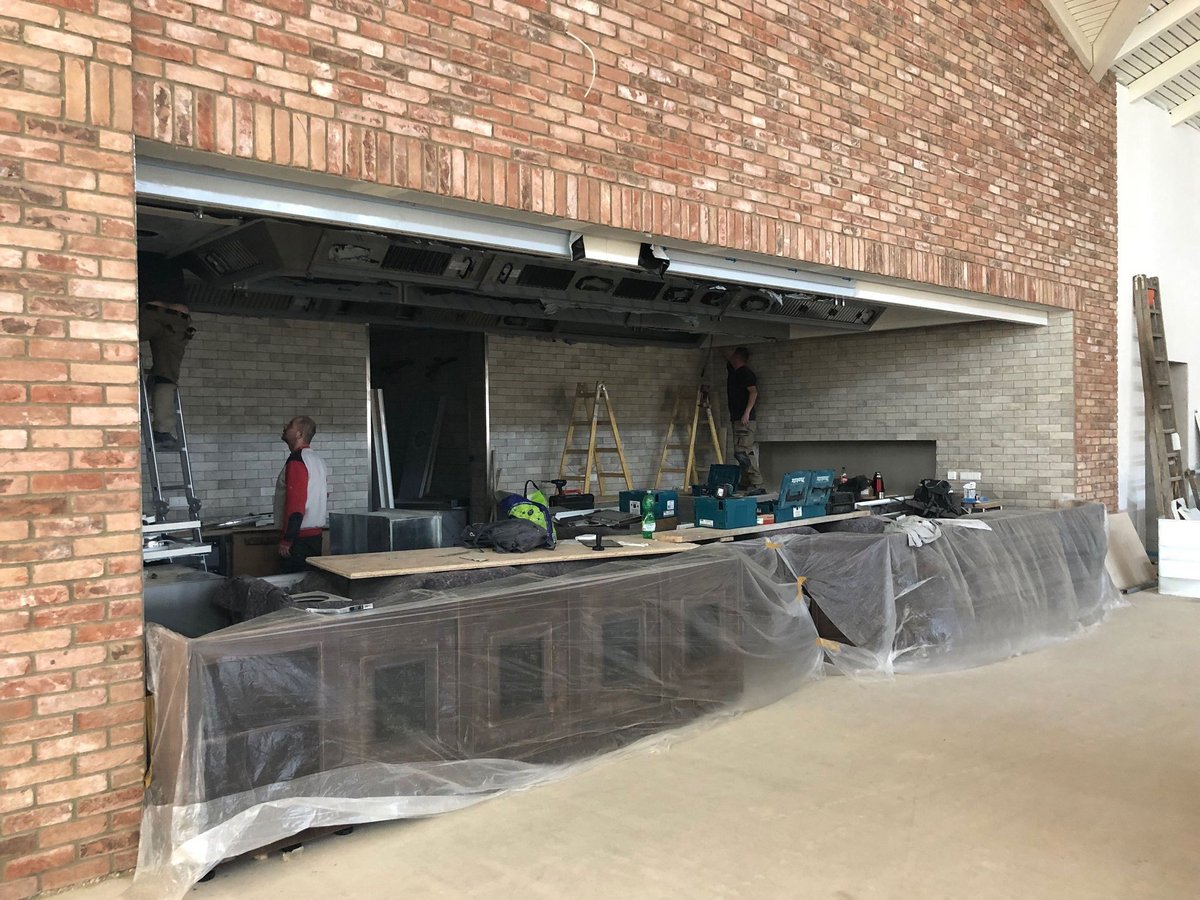 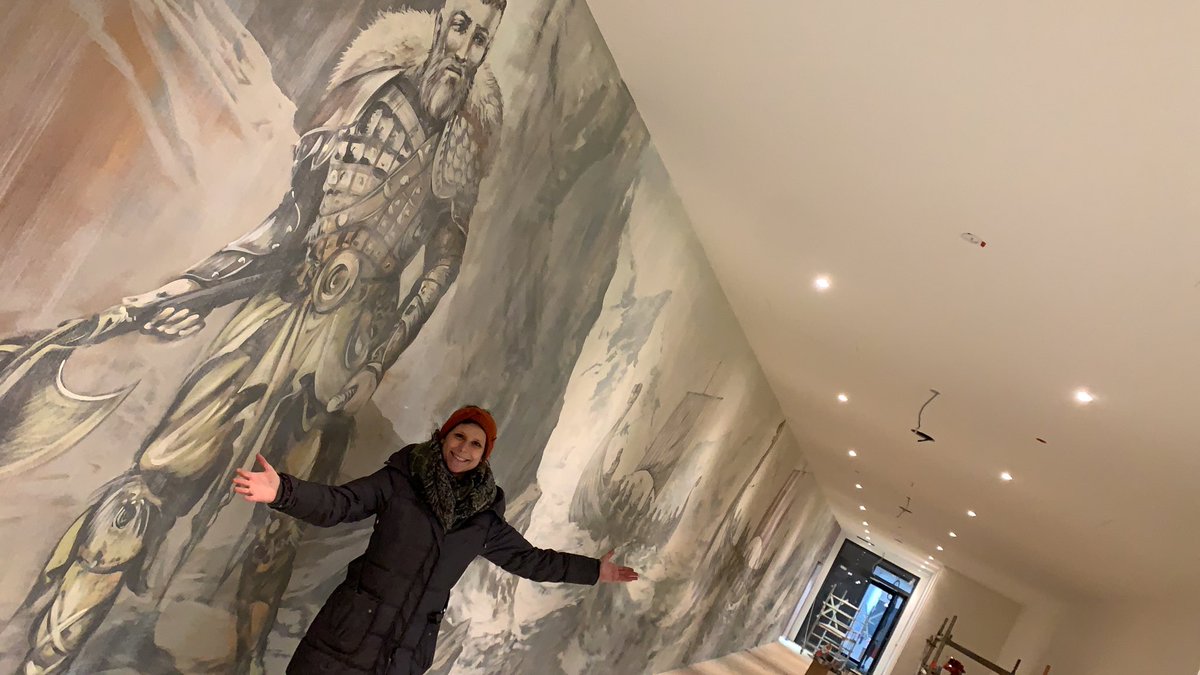 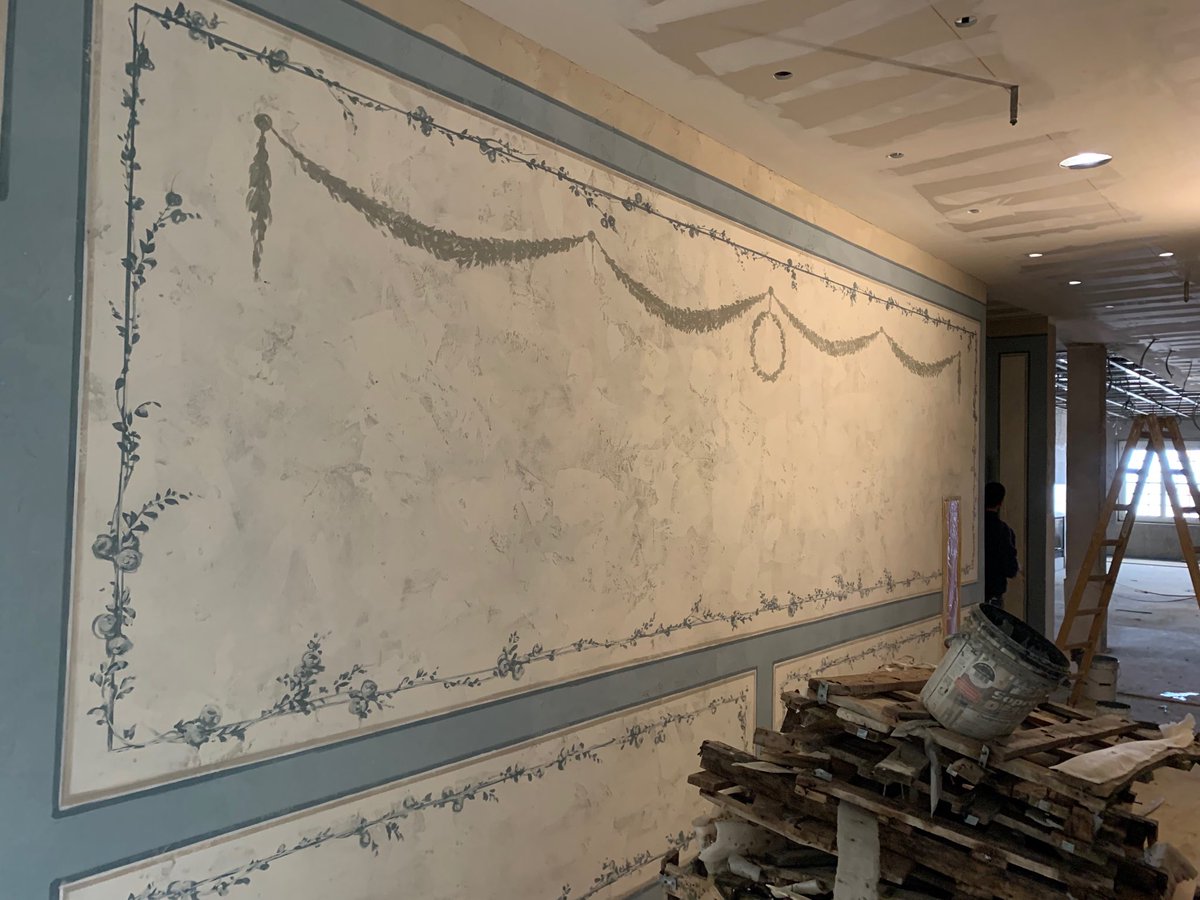 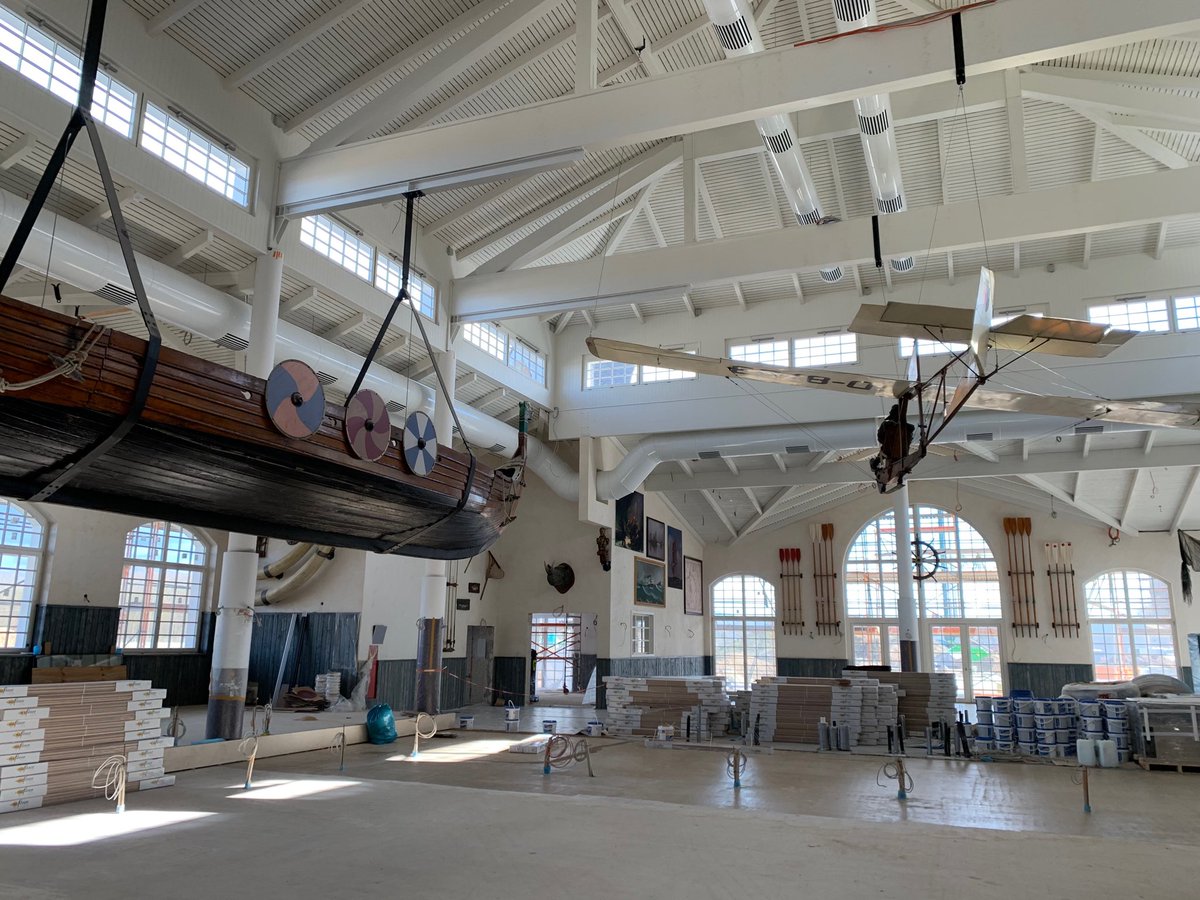 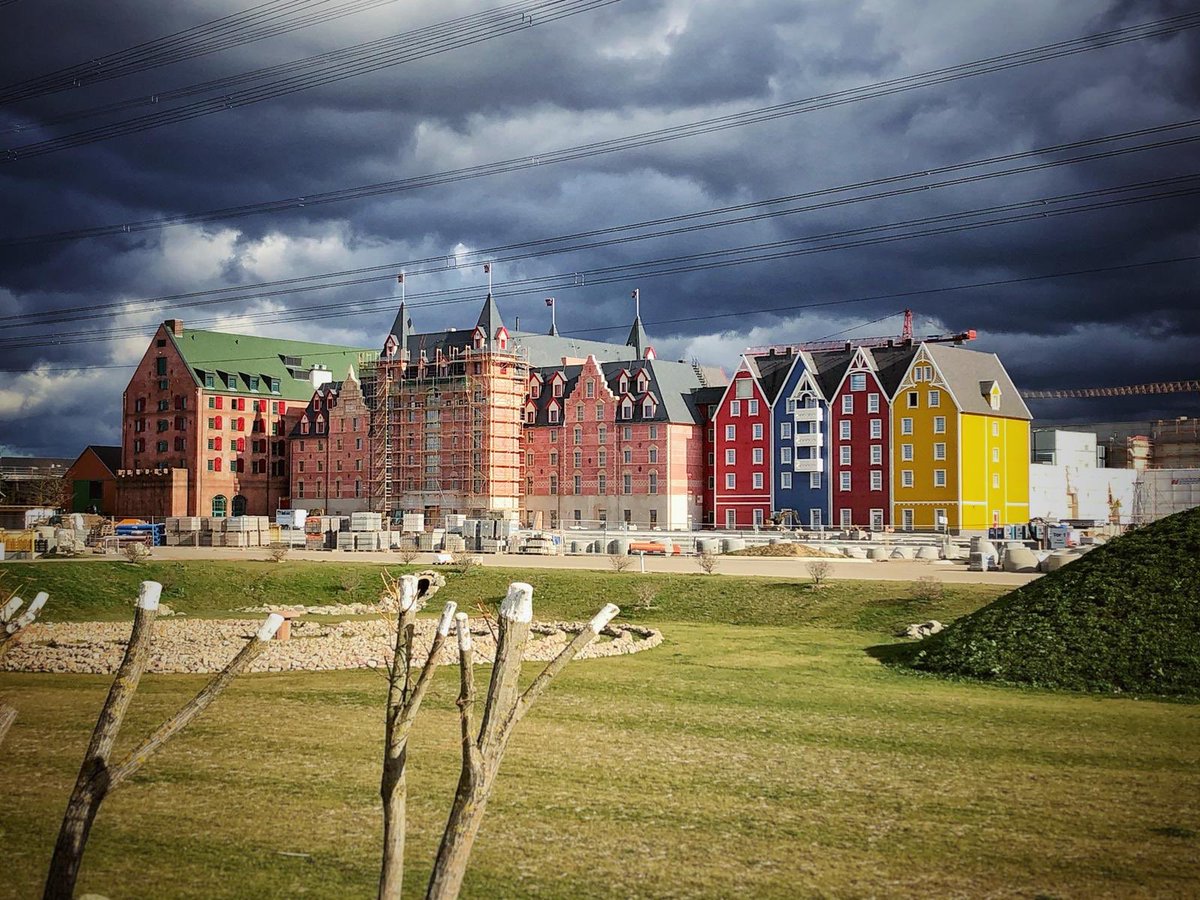