CoasterMac305 said:
I literally can't even process all of this but I am HERE FOR IT
Click to expand...

I completely echo this. What in the world is even going on...I'm not sure but I love it.

I love the industrial steampunk-esque flair combined with the Atlantis theming. This will certainly be interesting to watch develop.

At this point, the biggest surprise Energylandia could throw at us is going more than 8 months without opening a new coaster ?

This looks fantastic, but I'm pretty sure the mine train is 2021 now. Or at least late 2020, which means I'll miss the opening by a month with my luck -_-

If all of this is open by September then this will be one of my favourite purchases of all time!!!

I think any time is a good time to get one of those. They just need an intentional airport hub right next door so can always be visited on the way somewhere.

Jackson said:
...which means I'll miss the opening by a month with my luck -_-
Click to expand...

The new zone will be the beginning of a new quality in thematization. Energylandia begins cooperation with Jora Vision, they will also design new attractions.

The park has 200 hectares of land, Marek Goczał - the park owner admitted at the conference that they would speed up the plans because they received another large grant and changed the bank.
So the development stages that were once introduced will change, the water park, hotel and carp museum will be built as one stage and not as planned separated.

In season 2020 park will be opened in winter, there will be Santa Claus Village, Christmas market and other attractions. 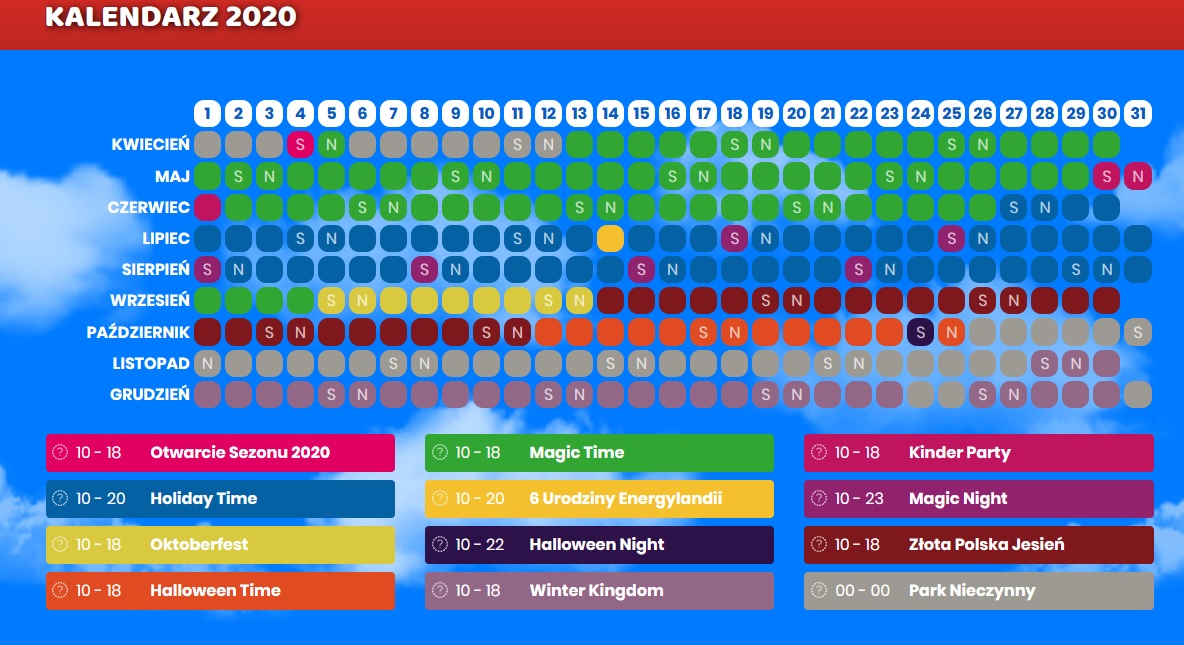 Quick question cause I'm dumb, what's a whirlpool water fight? Is that like a Splash Battle with its confirmed name being Whirpool Water Fight?

emoo said:
I think any time is a good time to get one of those. They just need an intentional airport hub right next door so can always be visited on the way somewhere.
Click to expand...

We’re damn lucky to have a choice of 2 really close imports to fly into from the UK, I ended up flying into one and out of the other last time, makes the potential of sub £20 return flights even greater!
P

Coaster Chall YouTube said:
Quick question cause I'm dumb, what's a whirlpool water fight? Is that like a Splash Battle with its confirmed name being Whirpool Water Fight?
Click to expand...

Yep it is a splash battle, but I don't know if it is the name of it. It will be an infinity form, small attraction, nothing spectacular.

Damn, that area is looking pretty awesome in those renders. I'm definitely looking forward to seeing this in person in the coming years.

In other news Energylandia also announced a new airport terminal from Krakow will be built next to the park with a train to join the town, but also a train station, a metro station, a space shuttle launch base and a ice cream shop

A little less excited about this one (I thought Formula was very uneventful), but I'll happily give it a whirl when I find my way out there again. Zadra alone would get me back to Energylandia.
J

Just to throw a spanner in the works, I’m really not excited about this project. I think it’s great that energylandia are trying to expand and build new coasters, however to be honest I’d rather now they’ve built up their park to a significant size, that they worked on improving the rest of the park’s existing areas than building new ones.

The dragon zone is really well done, but apart from that in my opinion the rest of the park looks pretty plastic and tacky, especially when it comes to some of the smaller coasters and dark ride. The RMF dark ride seriously needs overhaul/replacing along with the theming on a lot of the smaller coasters. I found the feel of the park very “cheap” except for the dragon zone which felt really high quality(and also Hyperion felt quality to an extent).

And they also seriously need to start work on that hotel as the Western Camp resort really isn’t that convenient for the park.
P

OK i must to clarify some things.
The existing part of the park beside of the dragon zone is that plastic and not really good themed and communicated because it was built whet the owner of the park didn't know that this will grow that much. The plan was it this will be small 26 hectares park and nothing more, with no hotels and big world class Coasters.

What happened was that I think Mr. Goczał just started to really love coasters and building the park ( like we all love to do it in the RCT or Planet coaster ... He is just building it on its own backyard )

Dragon zone is a start of the new thematization in the park, Aqualantis will be just second zone, there are much more to build ( more than 100 hectares ) and that's the main thing to do by the park.

The old part of the park will be modernized but just not now and not all in once, park is improving theming in the existing area in breaks between seasons. They must to do this because in the future there will be different entrace zone in the new part of the park but it will be build in the future... So they don't need to rebuild existing part of the park now, that's just not important, more important is building new theme zones on the other site of the street.

JammyH said:
And they also seriously need to start work on that hotel as the Western Camp resort really isn’t that convenient for the park.
Click to expand...

Err, what? I can agree with some of your points but this is nonsense. Western Camp is 15 minutes walk / 5 mins drive from the park and they operate a free bus to the entrance. How is that not convenient? Do you want a hotel where you can step out of your room straight into Zadra's station? ?

Thank you pawel for your clarification ! Yeah the theming is improving in the park, I noticed it in the queue for the Boomerang, last year it was really cheaply made but this time (I was on the park this Saturday) the queue was made in nice themed concrete

I also hope that the park will stop to do queues that are almost a kilometers long or if they continue to make them, they need at least to open some shortcuts when the crowds aren't heavy.... I hope with Joravision being in charge of the new areas the queue line design will be more efficient and more "classic"
You must log in or register to reply here.
Share:
Facebook Twitter Reddit Pinterest Tumblr WhatsApp Email Share Link
Menu
Log in
Register
Top