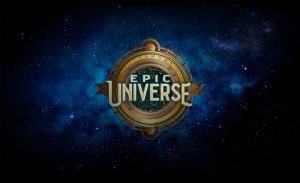 August 1, 2019 – It’s the announcement most were anticipating: a huge new theme park is coming to Orlando called Universal’s Epic Universe. The park will be the fourth Universal owns in the area, along with Universal Studios, Islands Of Adventure and the Valcano Bay water park.  As expected Epic Universe will be located in the new land that Universal acquired near the Orange County Convention Center, a 750 acre (3,035,142 m²) plot that just about doubles the amount of land that the company owns. The new park will also feature its own entertainment district, restaurants, hotels and shops.

“Our vision for Epic Universe is historic,” said Tom Williams, chairman and CEO of Universal Parks & Resorts. “It will build on everything we have done and become the most immersive and innovative theme park we have ever created. It is an investment in our business, our industry, our team members and our community.”

Other than the name and location, few details have been revealed other than the concept image below (click to enlarge). Although nothing about the park areas have been confirmed, the image seems to support rumors that Universal Monsters, How to Train Your Dragon, Fantastic Beasts, and Nintendo will be involved. There also appears to be three coasters on offer, with a kiddie, family, and large dueling coaster represented in the concept art. 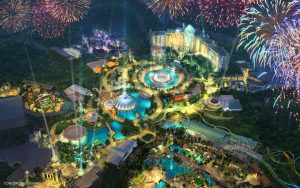 Additionally, it looks like there are several plots of land for future development and although their latest hotel, Universal’s Endless Summer Resort, is located between both sets of parks, there’s also a hotel located alongside the theme park opposite the entrance area. As for transportation to and from the park, Williams says it takes about 12 minutes to get from the current parks to the site of Epic Universe. Universal is pushing for the new train from South Florida to have a stop at the Orange County Convention Center, which is right by the new park. 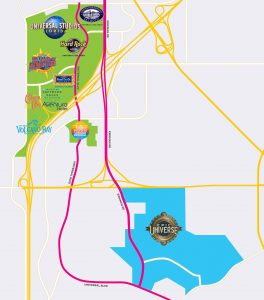 See what our members are saying about this exciting announcement in our Forum discussion.