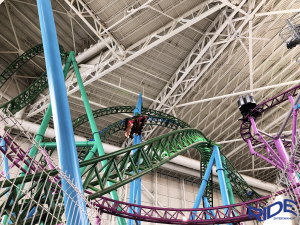 TMNT Shellraiser is the larger of the two. It sports a 62mph (100 km/h) LSM launch, 7 inversions, a 141-ft.(43m) vertical lift and the world’s steepest roller coaster drop at a breathtaking 122 degrees. The proverbial icing on a terrifying cake is that riders are actually held at the edge of the drop in a glass and steel pop-up. Riders are suspended just long enough to gaze across the Hudson at the Manhattan Skyline before plummeting down 12 stories. Interwoven throughout Shellraiser is Shredder, a record-breaking Spinning Coaster. Riders weave in and out of a forest of steel columns, opening up remarkable visuals unlike anything they have ever seen. 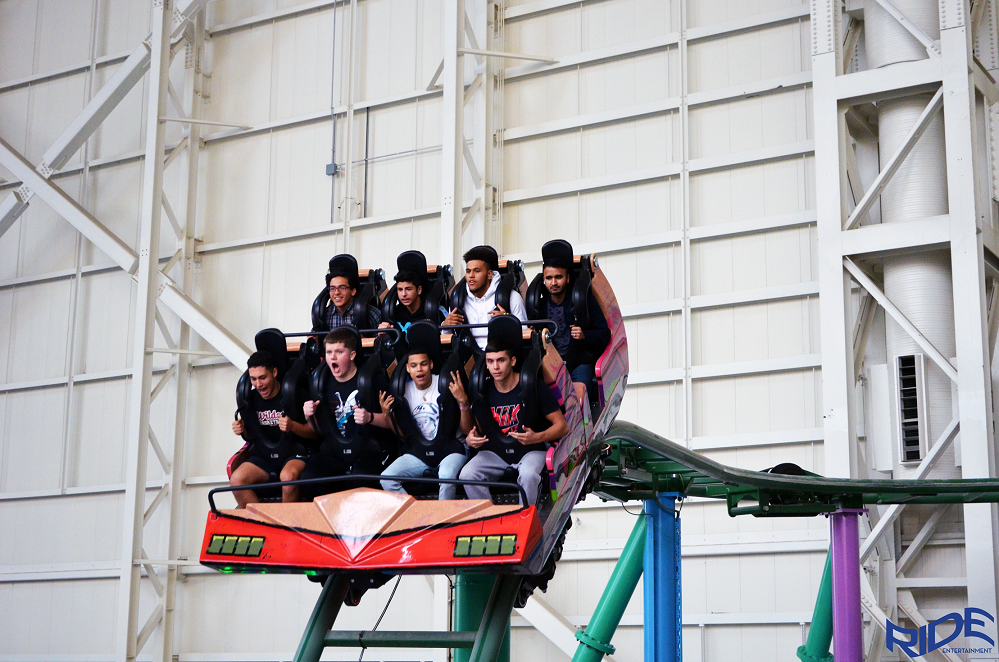 “Everyone at Gerstlauer Amusement Rides is thrilled about the opening of Nickelodeon Universe in American Dream. We appreciate Triple Five [the company who owns the mall] giving us the opportunity to showcase roller coasters that featured firsts and record-breaking statistics.” said Siegfried Gerstlauer, Managing Director.

“It was such an honor to be chosen for this project,” said Adam Sandy, President of Business Development for Ride Entertainment. “We want to thank Triple Five and the Ghermezian family for choosing us to supply their marquee coasters. In addition, thank you to Nickelodeon for working with us so we could bring the experiences of their brands to life.”

Triple Five also chose KCL Engineering to light the Launched Euro-Fighter as well as another coaster. The Iowa company has continued to develop their lighting concepts and debuted their first launch effect on both coasters. 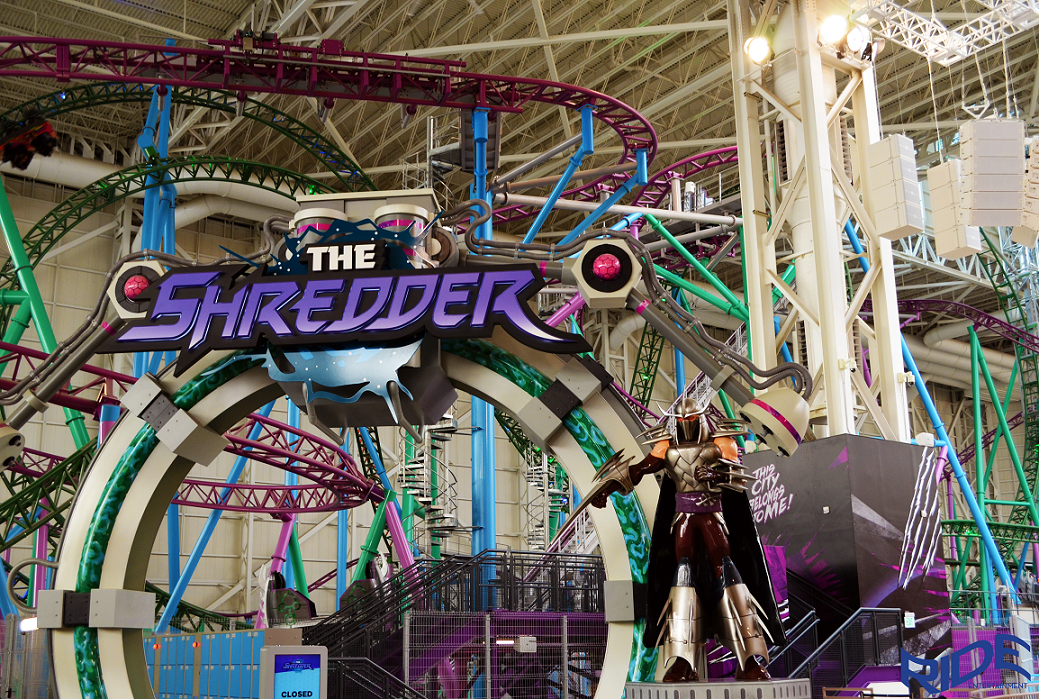 Nickelodeon Universe features around 15 rides is the first phase of American Dream. Triple Five plans on opening a DreamWorks themed water park in November; a ski park in December; and the retail section in March.

See what our members are saying and read updates about this exciting new theme park and mall in our Forum discussion.