North American amusement park chain Cedar Fair announced that four of their parks will not be opening this year and another two will be closing at the end of the month due to concerns over the coronavirus pandemic. The three parks remaining open have cancelled their Halloween events. Click the headline for more information

Cedar Fair announced that it has reached an agreement to purchase two water parks from Schlitterbahn. The park chain will spend about $261 million to become the owner of Schlitterbahn water parks in New Braunfels and Galveston, Texas, with options on the property in Kansas City. Click the headline for more information

Cedar Fair announced that Richard Zimmerman, its president and chief operating officer, will succeed Matt Ouimet as chief executive officer effective January 1, 2018. On the same date, Ouimet will take the newly created role of executive chairman of the board of directors. As part of this process, Zimmerman will also be added to the board of directors during the 2018 annual meeting period.
Zimmerman, age 57, became president of Cedar Fair in 2016, having been named COO in 2011 after serving as an executive vice president since 2007. He also served as vice president and general manager of the Kings Dominion amusement park beginning in 1998. Click the headline for more information

During the company’s Q1 2017 earnings conference call, Cedar Fair CEO Matt Ouimet announced that the theme park chain will be adding four new roller coasters for the 2018 season. Ouimet stated that there will be “a dramatic transformation of two of our historical wooden coasters,” “a completely new type of coaster,” and “a renewed relationship with a manufacturer that we haven’t worked with in recent history.” While we already know that Mean Streak at Cedar Point and Hurler at Kings Dominion are being converted by Rocky Mountain Construction from wood to steel, speculation is running rife as to what the new type of coaster will be, which manufacturer he’s referring to and which parks will get those two new coasters. Click the headline for more information

CoasterForce2 days ago
Happy National Roller Coaster Day to all! Have a great time riding today! If you can’t make it to a cred, we’ve plenty of stuff, including a little quiz, for you to do: https://coasterforce.com/rollercoasterday2022

CoasterForce · 2 days ago
@CoasterForce
Happy National Roller Coaster Day to all! Have a great time riding today! If you can’t make it to a cred, we’ve plenty of stuff, including a little quiz, for you to do: https://t.co/ixRQYs5ooc https://t.co/lwWWKPCDx1
View on Twitter 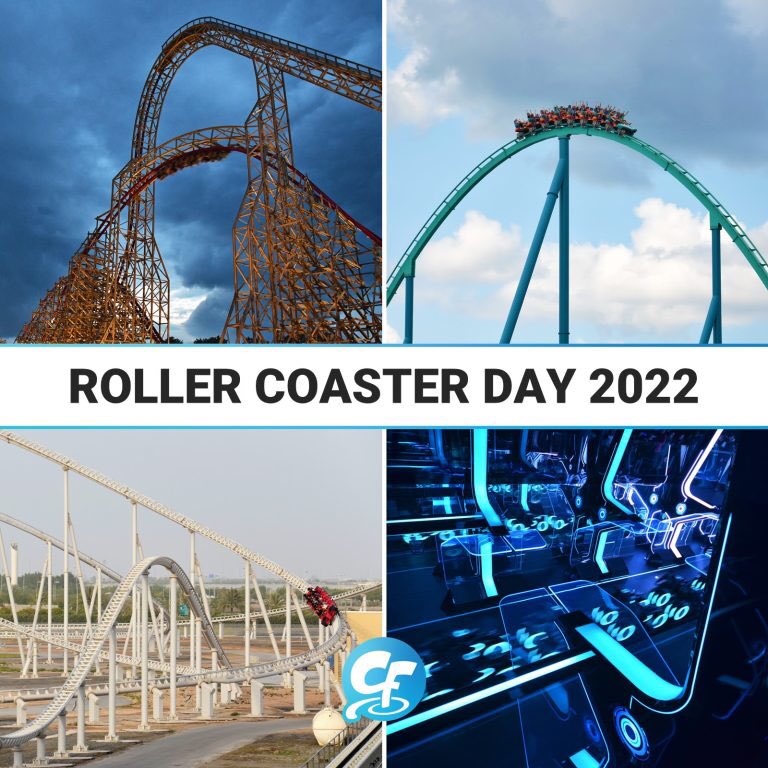