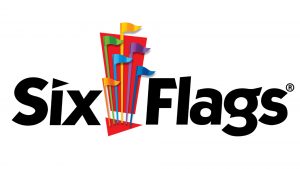 May 22, 2018 – It was announced today that Six Flags, the company behind the eponymous amusement park chain, has entered a purchase agreement with affiliates of Premier Parks, LLC to take over the operations lease of five United States amusement parks and water parks. In total, the parks welcomed two million visitors in 2017. Following this acquisition, Six Flags operates 15 amusement parks and 10 water parks across North America. These five parks are:

Notably, both Darien Lake and Frontier City were operated by Six Flags between 1999 and 2006, but were sold off to alleviate company debt, which at the time threatened to bring the chain to bankruptcy. It is currently unclear what plans there are for the parks, but their purchase seems to indicate that the company is overcoming the financial woes that hit it hard in the mid-2000s, culminating in a filing for Chapter 11 bankruptcy protection in 2009. After being acquired by Premier Parks, Six Flags’ precursor, in 1996, Darien Lake received heavy investment with three big coasters in three years. As this level of spending was a major contributing factor to the chain’s eventual bankruptcy, it can probably be assumed that something similar won’t be happening this time.

See what our members are saying about these acquisitions in our Forum discussion.