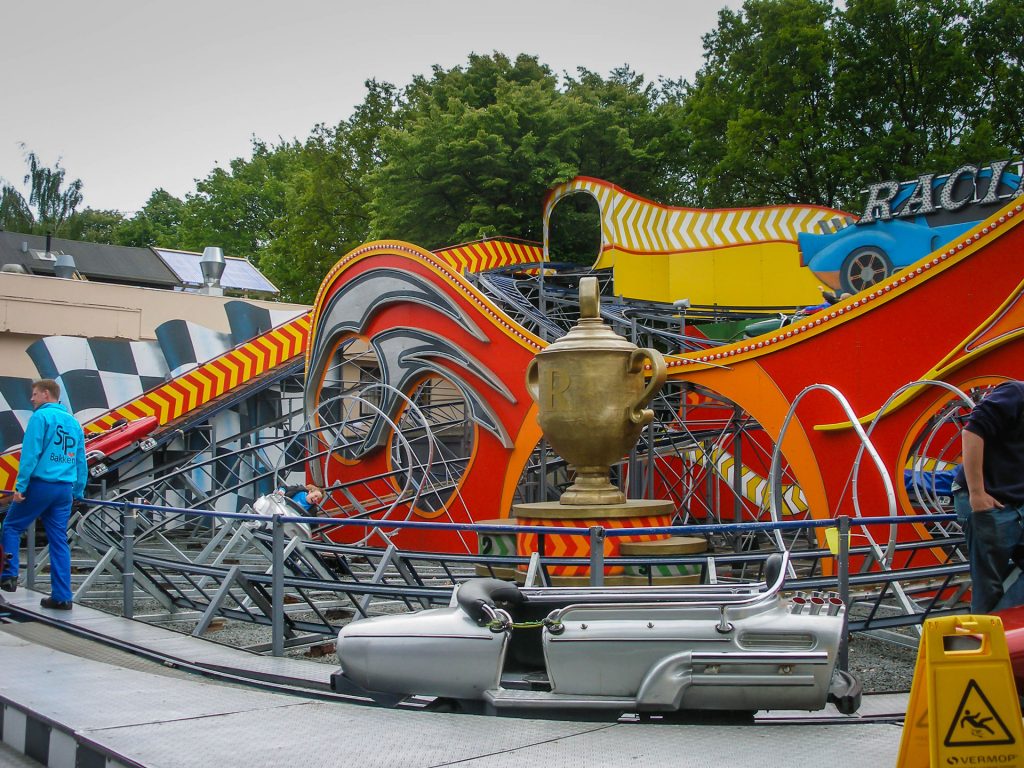 September 6th, 2020 – Racing, the traveling coaster that has been thrilling riders for the past 48 years, is to close on Sunday, 13th September. Racing started life in on the German fair circuit with showman Rudolf Robrahn before finding a home in 1972 at the world’s oldest amusement park, Bakken which opened in 1583. Racing was fabricated by German manufacturer Zierer. The ride type, known as a Flitzer, was popular in the 1970’s but is now discontinued with only a handful operating today.

Bakken has not revealed what will replace the ride when it is dismantled, and it is unknown if it will appear elsewhere, but they plan to give it good send off by decorating the ride and offering a reduced ticket price. The park estimates that 18,000,000 riders have ridden Racing during it’s tenure at Bakken, located north of Copenhagen.

With the exception of the wooden coaster, Rutschebanen, the rides at Bakken are owned by third parties who rent the space for their rides. Although this is pure speculation, it is most likely that the current tenants, or perhaps new ones, will fill by the space occupied by Racing with another ride in time for the 2021 season, which begins in May.