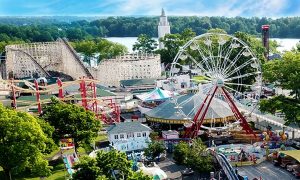 December 18, 2020 – There has been a major development for the future of Playland Park, America’s only government-operated amusement park.

Officials in Westchester County have agreed to turn over management of the 92-year-old park to a private company starting in 2022. A strategic reversal by County Executive George Latimer, a Democrat who just last April tried to kill a deal cut by his Republican predecessor with Standard Amusements to manage the park, ending the legal battle over control of Playland.

“We’re at a point now where cooperation, cooperative effort together, is the best way to protect the interests of the taxpayers and the users of the park,” Latimer said in a statement.

Standard Amusements, the private operator that was set to take over park operations later that year, filed for bankruptcy, which made the county unlikely to win a lawsuit over canceling the contract. The county says the settlement will strengthen oversight of Standard’s commitment to spend $25 million on new rides, attractions and food service.

Standard, which claimed to have worked for nine years and spent more than $10 million on its mission to save Playland, was modest in claiming victory, saying it “looks forward to working closely together in the coming years to ensure that Playland thrives.”

The county also negotiated better terms for fees and revenue sharing that could eventually earn Westchester $1 million a year.

If the pandemic eases and the park reopens in the spring, it will be the final season before the 30-year deal with the private firm is scheduled to begin. However, the deal isn’t done yet, as the settlement requires final approval from the county board of legislators and federal bankruptcy court.

See what our members are saying about the decision reversal in our Forum discussion.