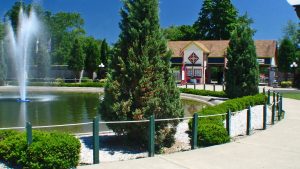 If approved, the public auction might happen as soon as March 2, according to court documents. Any sale potential sale requires Bankruptcy Court approval since the park filed for Chapter 11 federal bankruptcy protection in 2014. Bankruptcy Court rules require an auction for sale of any assets and any buyers must be court-approved qualified bidders.

After being closed for a full season due to the coronavirus pandemic, the trustees of the non-profit that operates the park while it’s still under bankruptcy protection realized that they will not be able to make payments to keep their agreement with the court intact. The lack of operating revenue from 2020 caused the park to default on its $30,000 quarterly payments due under the bankruptcy plan and quarterly payments haven’t been made since last March. Not making payments this year will force the court to make them sell off the entire property in a liquidation, likely putting an end to the 129-year-old amusement park.

The park trustees stated that they already have one interested party, Keldon Holdings LLC, who is willing to buy the park and all its assets for $1.2 million, which will retire the bankruptcy status and take the park private once again. They also confirmed Keldon Holdings LLC intend to keep the amusement park, Camperland and the hotel operating as it had under the Trustees’ guidance, including Conneaut Lake Park’s property restrictions requiring it to be open for use by the general public.

Should the auction go ahead, any bids from other court-approved, qualified bidders must be higher than Keldon’s $1.2 million and be submitted to the court by Feb. 19, according to court documents. The first bid other than from Keldon Holdings LLC must be $100,000 higher, or $1.3 million, with subsequent bidding increments of at least $50,000 after that. However, other bidders might not want to keep the amusement park or other assets, so approval of the court auction still might not save the park as we know it.