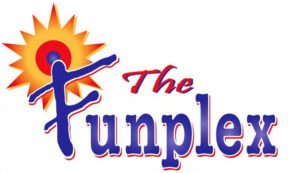 January 4, 2021 – A seven-attraction Funplex amusement park is scheduled to open this spring in what used to be a 100-space parking lot located along Ocean Boulevard, just one block from the famous beach front. The appropriately named attractions: “Up and Overboard,” “Hang Ten,” “the Hook and Slice” and “Sunny Day,” include “Fun in the Sun” – a “Hamster Wheel” roller coaster that will encircle the park.

The other attractions look to include a 65-foot (20m) freefall tower ride, a Zamperla Air Race ride, Aero 360 style vertical spinning ride and various other ground-level family friendly rides, going by the plans submitted last May. It will also feature a bar and restaurant, which will face Ocean Boulevard and be called Off-the-Coast Beach Bar and Grill. This two-sided, walk-up bar and restaurant will offer eight domestic and local draft beers, custom frozen drinks, and traditional bar and seafood options. 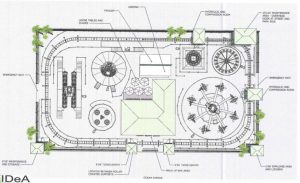 The star attraction is of course, the SBF Visa Big Air coaster that features a 360° car that spins like a human hamster wheel. It debuted to much acclaim at the 2019 IAAPA Expo in Orlando, Florida and is the most talked about compact coaster model in recent years.

The park, which broke ground last October, will be the first Funplex located out the state of New Jersey and outside of a few outdoor rides at its Mount Laurel, N.J., location, the Myrtle Beach property will be its first outdoor park. Funplex has not announced whether it will be a pay-per-ride or an all-day wristband attraction and an opening date has not been finalized.

There have been many amusement parks in Myrtle Beach, including the infamous failure that was Hard Rock Park/Freestyle Music Park, the classic Myrtle Beach Pavilion that operated from 1948-2006, and over a half dozen others that closed their doors. Only Family Kingdom Amusement Park has withstood the test of time, operating every year since opening in 1966, other than 1990 due to damage from Hurricane Hugo.