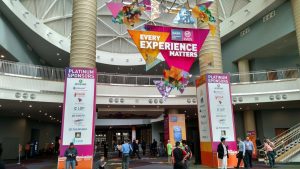 March 11, 2020 – The global COVID-19 pandemic continues to cause cancellations and delayed openings throughout the theme park industry. Yesterday IAAPA, the global association for the amusement attractions industry, announced the postponement of IAAPA Expo Asia 2020 to 2021 in response to the coronavirus outbreak. The Expo was scheduled to take place June 8-11, 2020 in Macao, China.

Although Italy is the hardest hit European country by the virus, only Gardaland has postponed its opening to May 1st. Gardaland was scheduled to open March 28th, with Mirabilandia, Rainbow Magicland, Cinecitta World opening April 4th, Movieland April 9th and Etnaland on the July 1st.

Disneyland Paris is closing all single rider queues and cancelling their outdoor shows and parades, but the park remains open.

Dollywood in Tennessee had cancelled their 35th Anniversary Season Grand Opening/Announcement of the largest investment plan in park history, that was scheduled for March 13th.

However, the biggest news affecting theme parks might be U.S. President Trump’s travel ban from 26 European countries to the United States. The ban does not apply to the UK, but would require anyone traveling from a banned country through the UK to have been in the UK for at least 14 days. Thousands of Europeans travel to the USA in the spring to visit theme parks to avoid summer crowds.