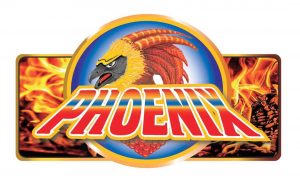 December 11, 2018 – Adventureland near Des Moines, Iowa announced the park will be adding The Phoenix, a Maurer Rides spinning coaster, for the 2019 season. According to park spokesperson Molly Vincent, the coaster will be over 50 feet (15m) tall and reach a top speed of 40 mph (64 km/h). Based on the specifications, enthusiasts are speculating that The Phoenix will be a SC2000 model, similar to Undertow at Santa Cruz Beach Boardwalk, Laff Trak at Hersheypark, and Steel Dragon at Waldameer (video below).

Built at a cost of $6 million, The Phoenix will be the park’s sixth coaster, replacing the Inverter, a Chance-Morgan ride that operated from 2000-2017. Construction is to begin in February 2019, with the ride expected to open in June.

The announcement came as a bit of a surprise as the park took 20 years between coasters before opening Monster, a Gerstlauer Infinity coaster, in 2016.

See what our members are saying about this new addition to the park in our Forum Discussion.