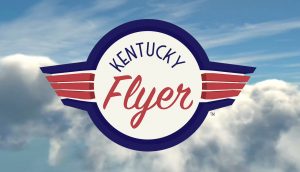 October 16, 2018 – Kentucky Kingdom suffered a setback in regards to building the park’s planned new-for-2019 roller coaster. On October 1 the park announced the addition of a Gravity Group wooden coaster called Kentucky Flyer would be opening next year, but the expected approval by the Kentucky State Fair Board from which Kentucky Kingdom leases its land has yet to be signed. The first $786,000 payment on the coaster was due yesterday and Kentucky Kingdom President and CEO Ed Hart said the park couldn’t make the payment without the addendum in place.

“We don’t understand why the Fair Board is delaying this transfer,” Hart said. “Since our lease with the Fair Board gives us the right to option up to 20 acres of additional property to expand Kentucky Kingdom, the Fair Board’s approval of the transfer is merely a formality. Not only has the Fair Board delayed its approval, it has prevented us from taking soil samples, which is an essential first step in installing any roller coaster, even though this work in no way disturbs the property. A continued delay jeopardizes our schedule for getting the new coaster built in time for the 2019 season, which regrettably, may force us to cancel the project.”

Kentucky Kingdom says it pays more than $1 million in rent each year and Hart accused the Fair Board of not being concerned about the success of its premier tenant. The park and the Fair Board have been embroiled in a lawsuit over parking since this summer, with the theme park accusing the Fair Board of violating its lease by closing off parking lots during events and charging visitors a $10 entry fee to park during the state fair.

Ed Glasscock, a partner in the theme park accused the Fair Board of obstruction and of acting in bad faith. “The Fair Board cannot reasonably defend its violations of the lease with Kentucky Kingdom,” he said. “Instead, its objective is to pressure the park to drop its lawsuit in Franklin Circuit Court in return for (the) Fair Board’s approval of the park’s expansion.”

“These actions are a clear violation of our lease and certainly aren’t the way to treat a major tenant who pays over $1 million each year in rent — and is entitled to receive adequate access to parking in return for that rent,” Kentucky Kingdom said in its news release. “The Kentucky Flyer is the centerpiece of Kentucky Kingdom’s 30th anniversary celebration in 2019 and the focus of our marketing campaign for next season. Cancelling this marquee attraction would be very unfortunate.”

Update: October 17, 2018 – The Fair Board granted Kentucky Kingdom its request for one acre of expansion property required for the installation of the Kentucky Flyer. The park was advised of this development after Mr. Hart held a press conference yesterday at the park.

“I want to thank Governor Bevin and Secretary Landrum of the Finance and Administration Cabinet for making arrangements to cut through the paperwork necessary for Kentucky Kingdom and the Fair Board to come to terms,” Mr. Hart said. “Of course, Kentucky Kingdom will provide, if it hasn’t already, all the information the Fair Board has requested. With that assurance, we’ve been given the green light to proceed. I am happy to declare that the Kentucky Flyer is on track for a 2019 grand opening. Clearly, this is an example of Governor Bevin and his administration cutting through the type of “red tape” that can hinder economic development in the Commonwealth.”

See what our members are saying about this setback in our Forum discussion.