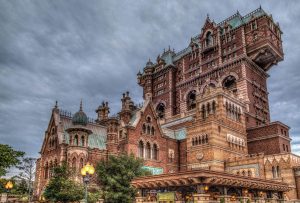 February 28, 2020 – Following on the heels of last month’s China theme park closures, the Oriental Land Company announced that they will close the Tokyo Disneyland and DisneySea parks for the next two weeks due to the ongoing concern regarding the spread of the Coronavirus. The official closure dates for the parks will be Feb. 29, 2020 through March 15, 2020, but that could change as the park will decide on when to reopen based on the current situation at that point in time.

Disney earns royalties from the two Tokyo parks, which are owned and operated by Oriental Land Company, a third-party Japanese corporation. It had been the one Disney park in Asia open amid growing coronavirus anxieties. Hong Kong Disneyland, which shut its doors in late January remains closed with no projected reopening date. The other major Hong Kong park, Ocean Park, also closed on Sunday, January 26th with other parks around China falling in line. Chimelong, Fantawild, Sunac and OCT (operator of the Happy Valley parks) closed all their parks, as did Haichang Ocean Park – including its new flagship theme parks in Sanya and Shanghai. Lionsgate Entertainment World in Zhuhai and all Merlin Entertainments venues in mainland China also ceased operations.

The first cases of coronavirus infection in the city of Wuhan were reported by Chinese officials to the World Health Organization at the end of December, 2019. However, it wasn’t until January 20, 2020, that steps were laid in place for extreme measures to prevent the virus’ spread. By then the virus had already been detected in neighboring countries including Japan and South Korea, which has yet to implement government restrictions on its theme parks.