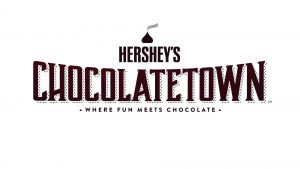 October 3, 2018 – Hersheypark announced a new $150 million expansion called Hershey’s Chocolatetown will be coming to the park in 2020. The new 23 acre (93077m²) themed area will feature a brand new park entrance, restaurant with bar & patio, large flagship store, Hershey’s Kisses themed water fountain, and a B&M (Bolliger & Mabillard) hyper coaster that will be the fastest, tallest and longest in the park!

The development represents the largest capital investment in Hershey Entertainment and Resorts’ history. Other additions include Confectionary Scratch Kitchen, where guests can watch candy makers at work, and an ice cream parlor as well as a new home for the Carousel, which is turning 100 years old next year. The restaurant and bar as well as ice cream parlor will be open year round.

“We are incredibly excited to enter this next chapter in the rich history of Hersheypark. Hershey’s Chocolatetown will mark the true intersection where fun meets chocolate,” said President and CEO of Hershey Entertainment & Resorts John Lawn. “Chocolatetown will be a place where chocolate-inspired attractions will transform the guest experience in new and engaging ways.”

Construction is slated to begin in January 2019, but the park will remain fully operational during the 2019 season as the area lies outside the current park boundaries to the west of the park, including part of the former Parkview Golf Course. No further details about the new roller coaster were announced.

See what our members are saying about the exciting announcement in our Forum Discussion.