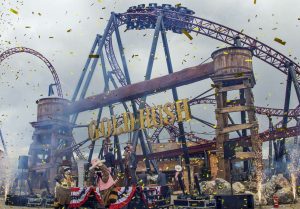 “With the introduction of this first triple launch roller coaster and the fastest in the Netherlands with two inversions, we think we have the perfect successor for the oldest looping coaster in the Netherlands: the Looping Star,” said park manager Wouter Dekkers.

Read and view more photos and videos in our Forum Discussion.