I think we could do with a generic WDW thread, for the smaller tit bits of news. After all, it is the biggest theme park resort in the world, and there always seems to be stuff going on!

Anyway, the new "Splitsville" bowling alley at Downtown Disney is almost ready. It's pretty much finished and opens on December 19th. There was a preview day recently, and here's some pics from TPR: 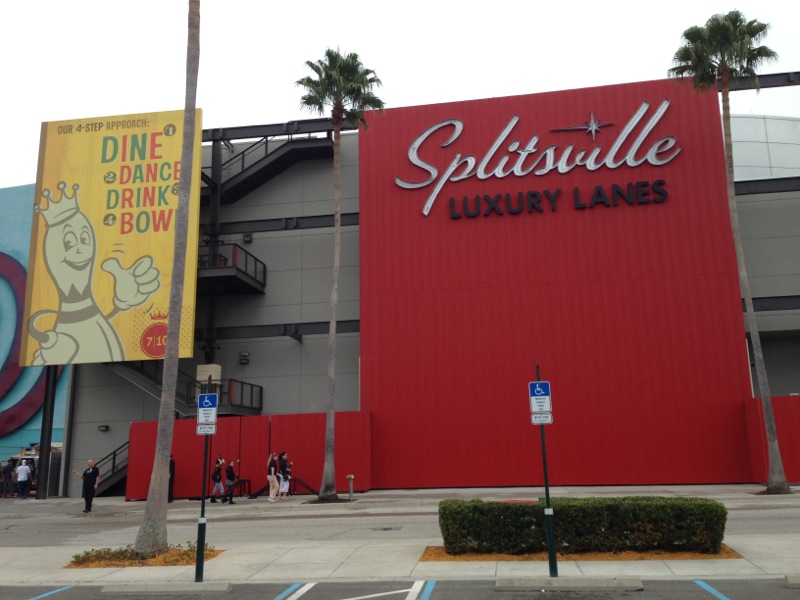 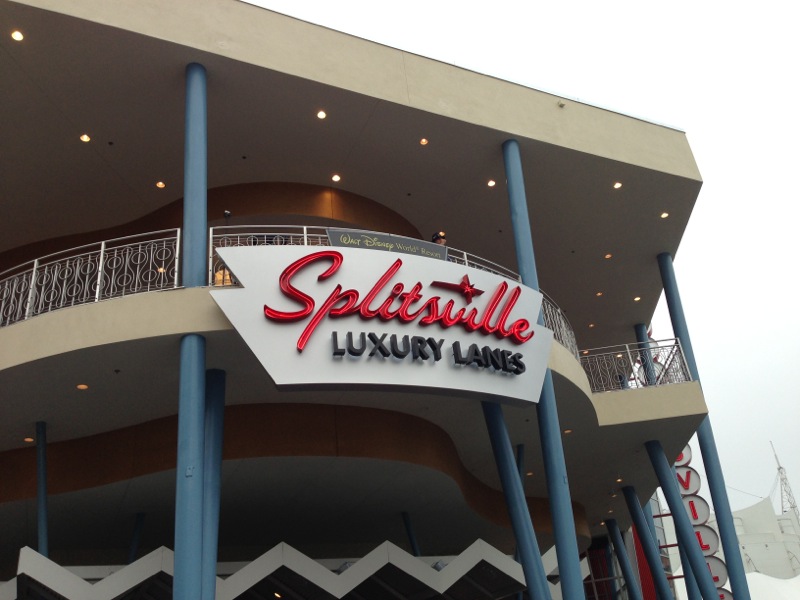 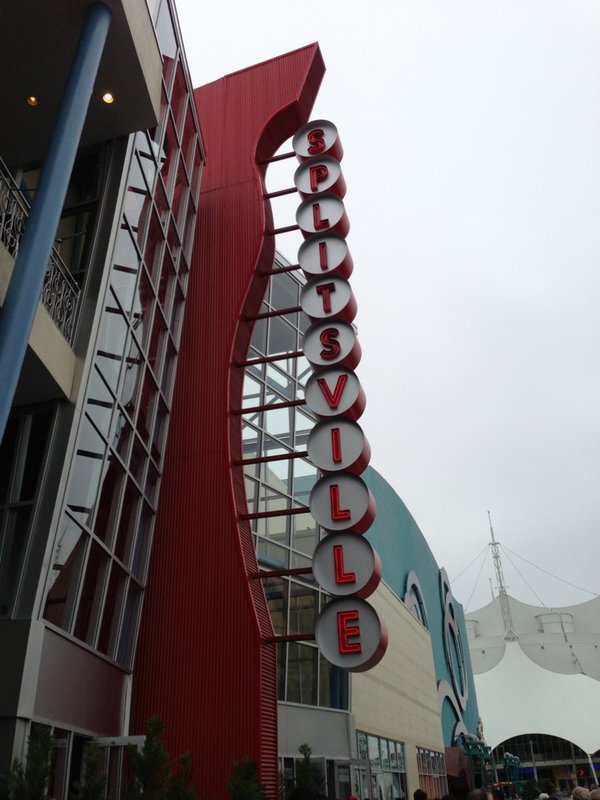 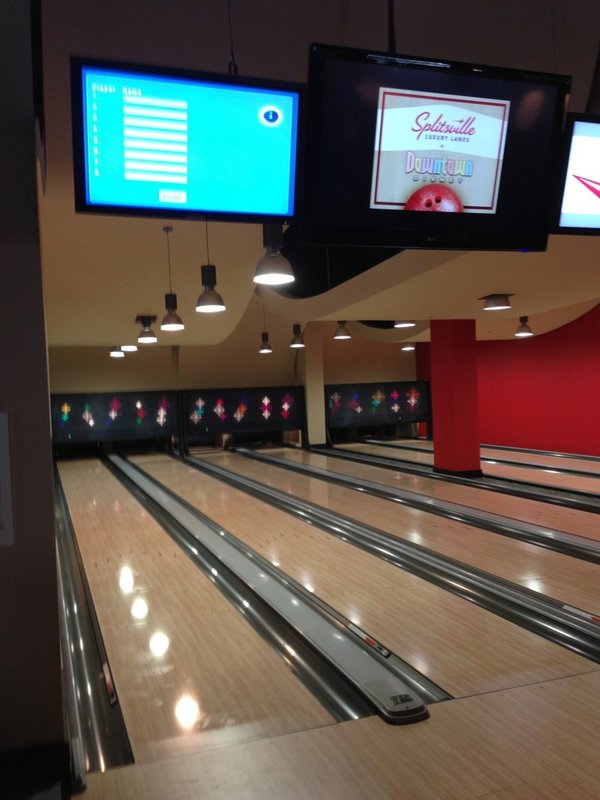 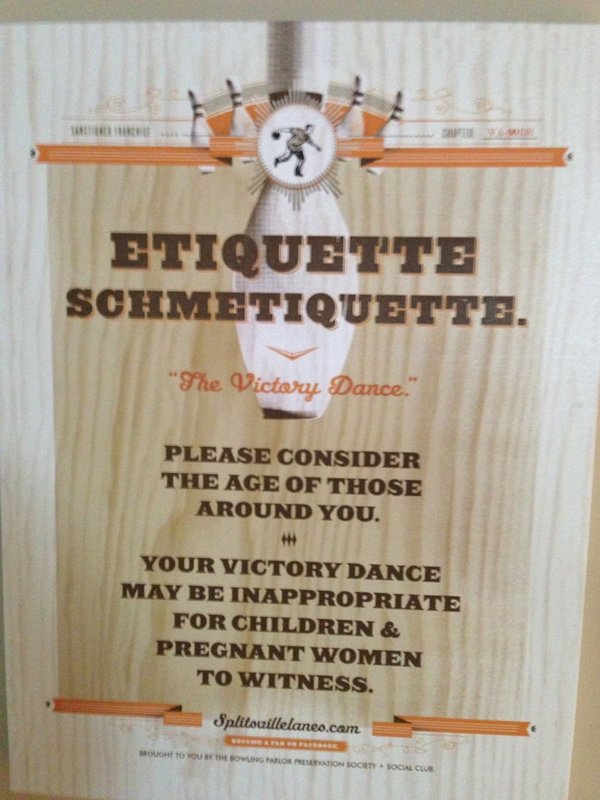 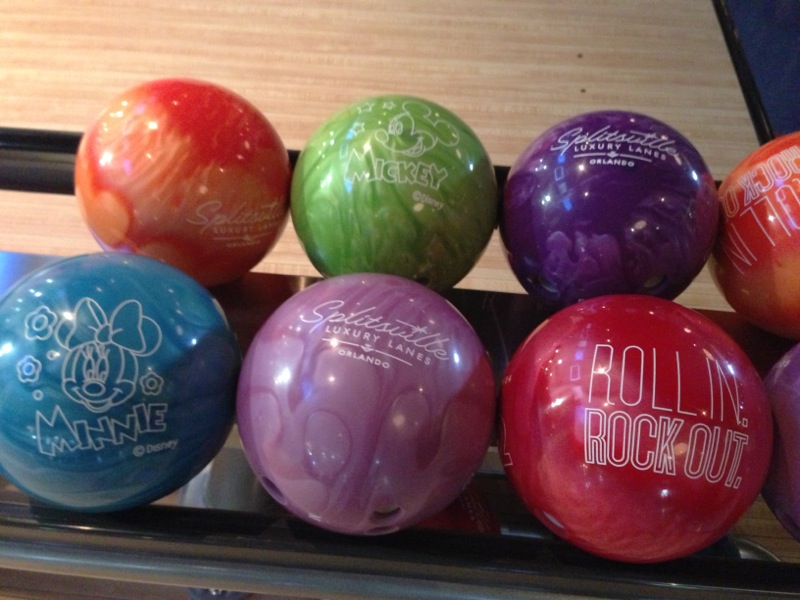 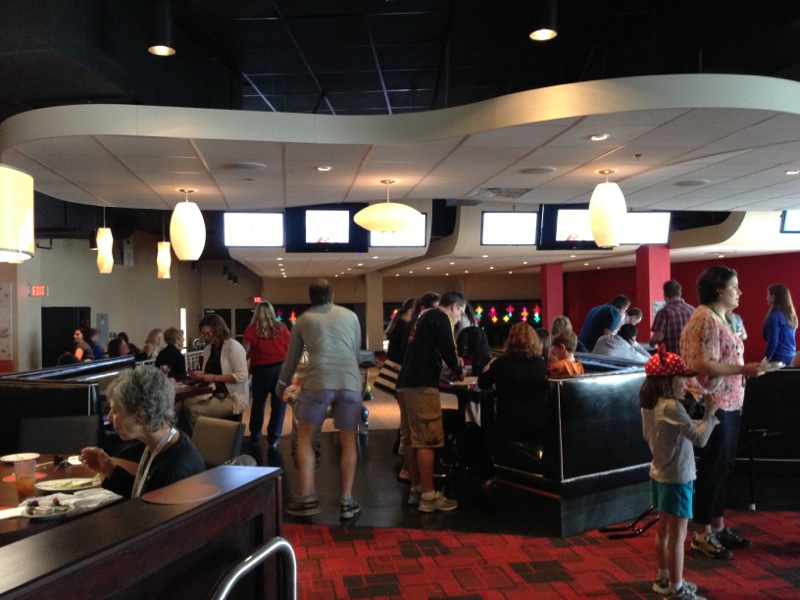 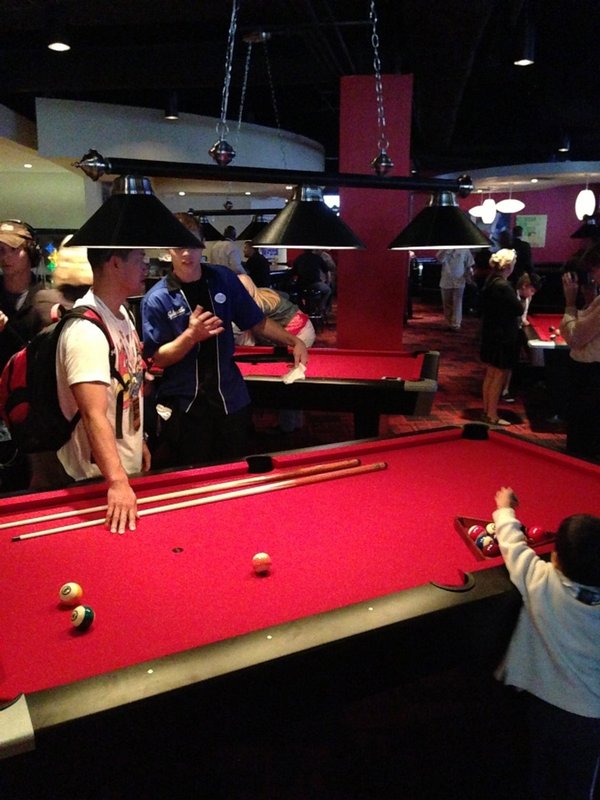 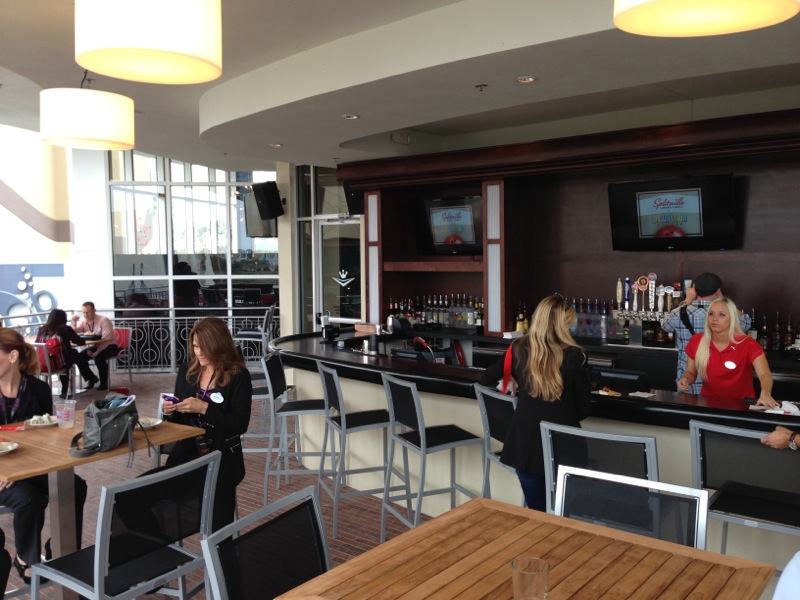 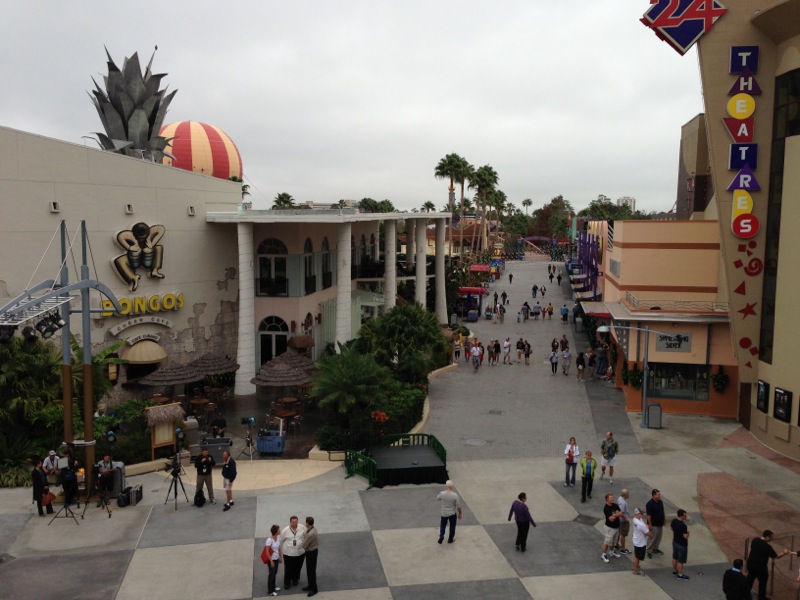 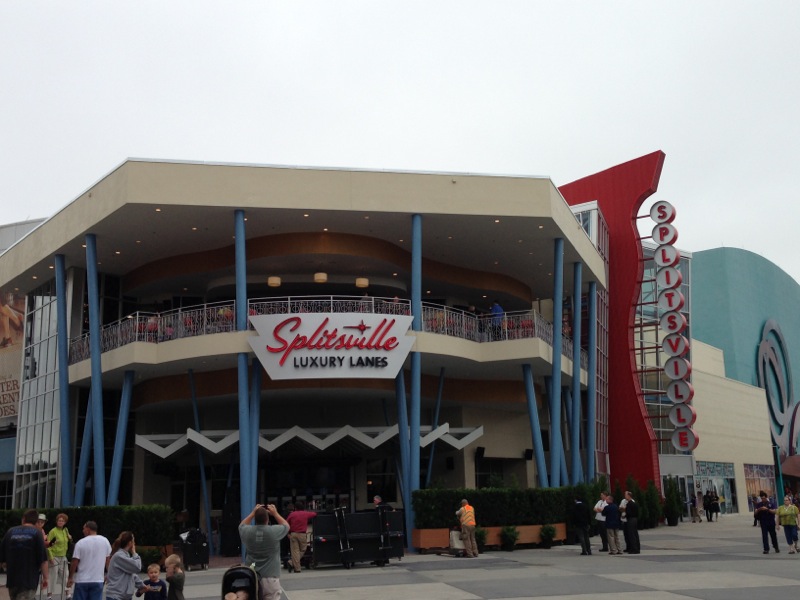 To be honest, I'm surprised it has taken this long for something like this open up at Downtown Disney, because considering the size of the place, there's not reallyl much to do entertainment-wise, apart from Disney Quest and Cirque du Soleil. Anyway, this place looks pretty neat, and I know my other half would go crazy for a Minnie Mouse bowling ball!

^have you used them then?

The balls look like any other bowling balls to me except with the Disney drawings.

I love how a pregnant woman might be offended by a dance as opposed to any other woman, or person for that matter .

^^Yes. I had one with Mickey instead of Minnie when I was Younger. Just bad balls.
M

To me as well they look the same as any other ally, they are round and do the job.

Well if they're **** quality, who cares? It's Splitsville/Disney that will have to replace them, not you.

And there's probably a big difference between bowling balls you buy for kids and the ones they have at bowling alleys.
P

I've heard there isn't enough alleys but I think that could just be someone on Twitter being pedantic. I think it looks great and I'm sad it wasn't open back in September.
M

Tbh peep there are never going to be enough, we normally have to wait in the UK when we want to go.

People just seem to pick holes in everything be it this be it 2 hour queues.

This to me is much needed.

Staff member
Administrator
Moderator
Social Media Team
Cue pages of "This looks amazing!" posts because it's at a Disney park. It's a bowling alley, a particularly sterile one actually if those pictures are much to go by. Excuse me if I don't book flights for next summer just yet.

"SUCK ON THIS, YOU KNOCKED UP WHORE!"

gavin said:
Cue pages of "This looks amazing!" posts because it's at a Disney park. It's a bowling alley, a particularly sterile one actually if those pictures are much to go by.
Click to expand...

I completely agree with this. It's just a bowling alley that pretends to be something special when it's not.

But it's nice to have a WDW global thread. Does this include park stuff or is it just for non-park related discussion?
M

I agree with you 100% it's like most things there, not over done.

I just think its needed as there was not much to do other than shop.

Ha. "Luxury Bowling". Really? It looks like 99% of the Bowling Alleys I've been before...

Was trying to find out if there was more than that. If there's only 5 then that's just stupid.

Martyn B said:
Well if they're **** quality, who cares? It's Splitsville/Disney that will have to replace them, not you.

And there's probably a big difference between bowling balls you buy for kids and the ones they have at bowling alleys.
Click to expand...

^actually they are the same. Both are plastic balls where as The better balls are made of composite resin. But now we're just getting really far off topic. Still 5 lanes seems WAY to small for the space it got at DTD

From the pics it looks like the lanes are spread out in batches of 5 over multiple areas rather than all together?

Yeah, it said on TPR that they're in a kind of "Pod". To be honest, I like the idea of that rather then all the aisles being in one area.

BTM is having a bit of back story added to it:

Last week, we shared an image of a portrait that’s a part of a new project our Walt Disney Imagineers are currently working on – and today we’re happy to reveal the identity of that man and share details on the role he’ll play in the enhanced storyline of a certain Magic Kingdom Park attraction, Big Thunder Mountain Railroad. 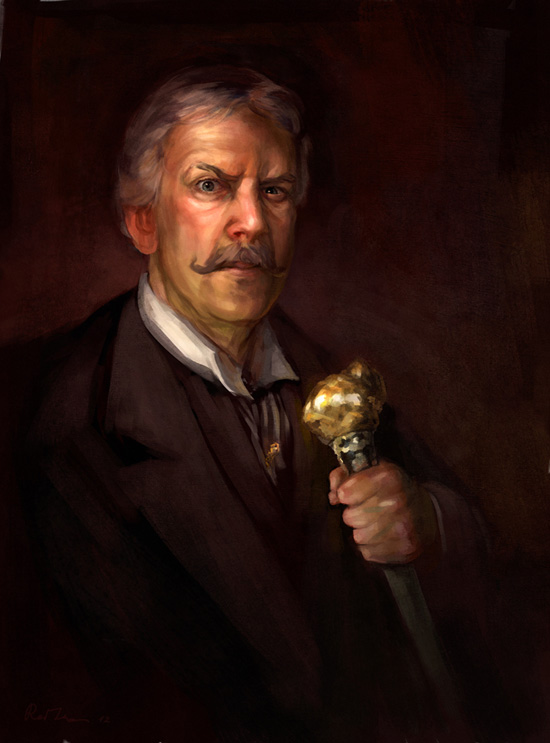 The fellow’s name is Barnabas T. Bullion, and he’s the gold magnate who rules the Big Thunder Mining Company with a golden fist. Imagineers have already begun working overnight in the park on the attraction’s new interactive queue, where you’ll be able to see this portrait, as well as an additional landscape portrait of the mountain itself.

According to the enhanced backstory: “Barnabas T. Bullion is the founder and president of the Big Thunder Mining Company. The longtime mining magnate comes from a powerful East Coast family and considers gold to be his very birthright by virtue of his oddly appropriate name; in fact, he considers the ultimate gold strike to be his destiny. And that is why he is having so much trouble with Big Thunder Mountain. According to superstitious locals, Big Thunder Mountain is very protective of the gold it holds within, and the unfortunate soul who attempts to mine its riches is destined to fail. And so far that prophecy is coming to pass. The mine has been plagued by mysterious forces and natural disasters ever since. And yet the Big Thunder Mining Co. is still in operation. In fact, Bullion is discovering new veins of gold and digging new shafts every day, offering a closer look at the Big Thunder mining operation than ever before. But a word to the wise for anyone attempting to visit the mountain: watch out for runaway trains.”

Look for these new additions and a number of additional interactive elements in the coming months at Big Thunder Mountain Railroad, the wildest ride in the wilderness!
Click to expand...