Staff member
Administrator
Moderator
Social Media Team
Yeah, the Waterworld show is fantastic. I'd happily rewatch that at all the Universal parks, to be honest.

There is part of me that think this looks awesome, there is also a part of me can't help but think they've really just carbon copied rides and attractions from their other parks, and just altered the theme slightly. It's a shame, as there is so much material you could work with.
B

Social Media Team
The Waterworld show is so ****ing great. Put it everywhere!

I think it looks amazing, I’m so excited. It’ll likely be a smash if Disney is anything to go by so I’m sure it’ll rapidly expand as well.

Also, a shot of 'Bumblebees Boogie', the teacup ride for the area. Which, I may add, is so ****ing cute.

I must admit, the theming for this project looks to be quite something!

The Video shows mainly the rockwork but they also go inside the aviary which looks great so far: https://item.btime.com/42c9r7ce60c8ln8r0p48vmrr8o1

Some shots of the Mack inverted powered coaster testing.

Are the trains much heavier than Arthur’s? It seems wildly oversupported in comparison.

Rupert said:
Are the trains much heavier than Arthur’s? It seems wildly oversupported in comparison.
Click to expand...

Beijing is in a more active seismic zone than Germany, so it is likely that these extra supports are for that.

My guess is that the original idea was to have them also be structural supports for some sort of theming element encasing parts of that portion of the ride?

Earthquake stuff would make sense, but then I'd ask why the B&M supports aren't so busy.

toofpikk said:
Earthquake stuff would make sense, but then I'd ask why the B&M supports aren't so busy.
Click to expand...

I'm no structural engineer, but from my experience (admittedly no projects in China, but Middle East and Southeast Asia) the seismic design often has to be proven by dynamic simulation. So there could be lots of things at play - the shaping of the track, size of the track, size of the existing supports (possibly even that Hulk is designed with hurricane wind loading, which may mean the supports are already beefy enough by coincidence), the specific positioning of the supports, weight of the trains, etc. Comparing a B&M multi-looper to a Mack family coaster is a tough thing to do at the best of times, let alone without knowing the specifics.

Although I agree, a perfectly reasonable explanation could also be that more theming is/was intended.

The good thing is that this one part looks like it hasn't been ruined by the addition of catwalks. The aviary section looks awful:

i'm not 100% convinced those are permanent. if so, absolutely terrible. but they look like construction scaffolding

I’ve heard they had to be retrofitted for H&S reasons or something like that. I do hope they’re not permanent, but they look a bit sturdy for a temporary scaffold.

Somethings on fire at USB

Oh dear… I hope it’s not a serious fire that sets back progress on the park. The main thing, though, is that I hope nobody was hurt.

backdraft is so realistic these days

Staff member
Administrator
Moderator
I think I'm going to have to ask ... has this park opened?

RCDB lists an opening date of July 5, which was yesterday. Or May 7, if it follows the stupid date format. But I can't find any mentions of an opening event, or opening hours, or any sort of announcement. News of a soft opening in late May has also been floating around, but we're past that and social media isn't exactly going bananas. There's a Twitter hashtag for #universalstudiosbeijing, which is only filled by construction updates from various theme park blogs. It hasn't seen activity in two weeks.

Meanwhile, this extremely picture-heavy Themeparx thread seems to picture somebody visiting the resort. It's not very crowded, though, which you'd expect from a full opening.

So, uh, what's going on? They seem to be really close to opening without having made any sort of fuss about it. Or is opening still months away?

No official opening date has been announced. And as far as I'm aware, there is still no soft opening either.
The latest article I could find speaks about a grand opening in the second half of this year (probably September): 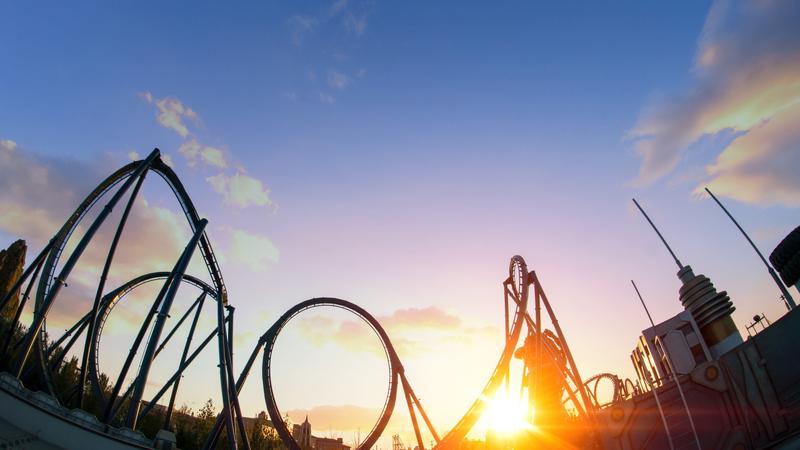 Still waiting for the official announcement, but it looks like there will be some test openings from July 26 and trail operations from August 5 according to this schedule: