In case you’re wondering, here’s the tweet that fuelled this rumour:

https://twitter.com/i/web/status/1428759001324421120
It’s been said that the ride will be a double launch coaster a switch track, although little else has been said besides that. The precise nature of the ride is unknown, although with this being Disney, I’d guess it won’t be an especially intense or thrilling ride.

What are everyone’s thoughts?

Interesting! On some original site plans - there was a 'stage two' placeholder of a coaster which was basically expedition Everest (same layout in plan). But that was on the site of where Zootopia is being built now!

Maybe we could see something along the scale of EE but with launches instead of lift hills, or a Big Grizzly Mountain Runaway Mine but with two launches - Shanghai's take on a 'mountain' coaster but with some 'other' theme!
Last edited: Aug 21, 2021

I'd imagine, like Chained Banana said, that this is the EE clone being built, but instead of lifts it had launches.

Or, maybe, it's the new ride at Zootopia.

Cranedude said:
I'd imagine, like Chained Banana said, that this is the EE clone being built, but instead of lifts it had launches.

Or, maybe, it's the new ride at Zootopia.
Click to expand...

Apparently Zootopia's ride is/was due to be a trackless dark ride, so I'm unsure if it'll be that.

Matt N said:
Apparently Zootopia's ride is/was due to be a trackless dark ride, so I'm unsure if it'll be that.
Click to expand...

The Zootopia building went vertical a while ago and there’s been no sign of any coaster track, so no, it’s not a coaster.

It’s still possible an EE clone could come as a phase two expansion to the Zootopia area, as the original plans where it showed up had a large show-building to the left that could house the darkride.

Interesting if that source is true, Disney tends to be pretty good at keeping things like that under wraps. Quite exciting if this an Everest-sized launch coaster.

Given that Disney are reportedly letting various different manufacturers place bids, it might not even be a Vekoma, so the ride might be less similar to Big Grizzly/Everest than thought.

Obviously it’ll probably be a family coaster/family thrill coaster in terms of intensity, given Disney’s recent rides, but they haven’t always been above installing thrill rides in their parks (the likes of RnRC, California Screamin’ and Paris’ Space Mountain say hello). Given that Shanghai is also one of the more unique Disney properties, and many of the rides are slightly more thrilling than their American and European counterparts, could some kind of starter thrill coaster be a plausibility here? I’m not saying the park will suddenly go and install a massive VelociCoaster-style Blitz Coaster or anything, but could this be just that little bit more thrilling than your typical Disney coaster, with maybe an inversion placed in there; a slight step up from your Big Thunder Mountains and Seven Dwarfs Mine Trains?

Also, is it a plausibility that given the park opened 5 years ago, Disney’s future intentions for the property may have changed? So the Everest drawing may simply have been a past idea, and this ride will be a completely different proposal?
Last edited: Aug 23, 2021

Maybe, just Maybe They might notice S&S's Axis coaster, and realise how close it is to their Yesterworlds/Neverlands 'Fire Mountain' ....... a coaster that would have transitioned from a sit down to an inverted coaster, long before the technology was their!

Staff member
Administrator
Moderator
Sorry to go into politics, but wouldn't it be a whole sensitive quagmire to clone Everest in a Chinese park?

But China kinda sees Everest as a Chinese mountain, and Tibet is seen as a loyal, enthusiastic, happy little place in perfect harmony with its communist overlords in Beijing, and definitely not its own independent nation that was brutally invaded in 1951 with its government forced into exile. Nope, definitely loyal to Beijing since the dawn of time, and ethnically Han too! Tibetan culture? What culture? There's no culture but the Party!

If Disney were to clone Everest, theme and all, in Shanghai, they would very visibly be picking a side in that conflict. Either they'd build it to look Tibetan like the original, which would be kinda insulting to the local government as they'd be presenting it as non-Chinese. Or they'd give it a Chinese theme and insult pretty much everybody else. It would not be good PR for Disney to say "Everest is a Chinese mountain in the Chinese region of Tibet". Well, overseas at least. The Chinese might love it. But they'd face some pretty damning headlines at home.

All in all, it'd be a bit of a PR minefield to navigate. Disney is not commonly fond of controversy (see: Splash Mountain), so it doesn't seem likely that they'd build a coaster with an Everest theme in China. It's a bit like building a Crimea ride in Russia or a Kashmir ride in India. They'd be fuelling a rather nasty conflict that has remained sore for many years.

Meanwhile, China has all sorts of other holy mountains that are uncontroversially Chinese. Why not build a coaster related to one of those instead?

Well that's why it would be a different theme!! It would be EE ride system or similar - not the theme!

I don't think it would ever be considered to be the original theme due to what you mentioned. - and the fact that is it a 'Castle Park' and mount Everest would be left-field to shoehorn in thematically.

Should point out that Shanghai Disneyland is the only Disney resort to not feature a Space Mountain coaster... I mean you never know, EE's layout but built around a better mountain than any of the other versions. Make it more like the original Space Mountain concept with lots of outside moments and there ya have it. 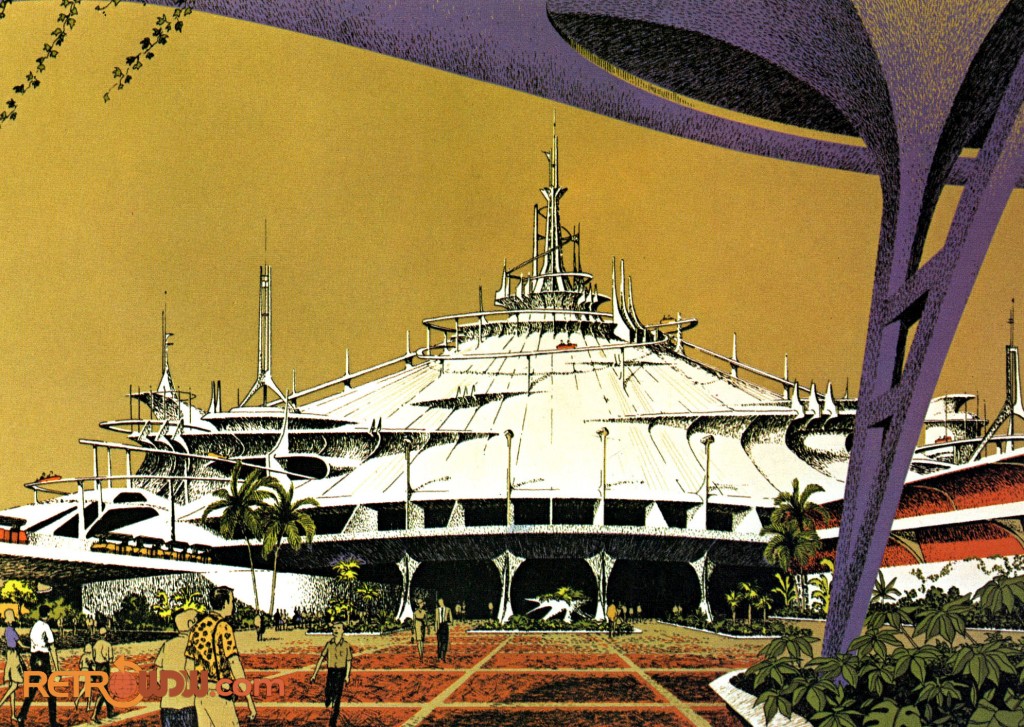 I mean how's it going to be an EE clone anyway if its confirmed to have 2 launches anyway? Litterally the first thing we know about the ride confirmed its not an EE clone or layout.
Last edited: Aug 24, 2021

If they do end up referencing themes from the US parks, why not just theme it to the Matterhorn? (Seriously)

Heck, why not reuse all the themes? "Incredible Big Thunder Expedition Runaway Matterhorn Space Rocket Spin" would be a great name. Plus then they could steal the "Most convoluted title" award from Universal. (Less seriously?)

roomraider said:
I mean how's it going to be an EE clone anyway if its confirmed to have 2 launches anyway? Litterally the first thing we know about the ride confirmed its not an EE clone or layout.
Click to expand...

But yeah, that's another solid argument against it.

RTcmix said:
If they do end up referencing themes from the US parks, why not just theme it to the Matterhorn? (Seriously)
Click to expand...

The problem with referencing rides from the US parks is that China doesn’t have the same history and nostalgia with them. Hence Tron instead of Space Mountain, a pirate world instead of frontierland.

Why would they be accepting bids if it was just a clone of Everest? Surely they'd just go back to Vekoma, given that they do launches now too!

Dar said:
Why would they be accepting bids if it was just a clone of Everest? Surely they'd just go back to Vekoma, given that they do launches now too!
Click to expand...

That’s precisely what I was thinking; surely they’d just go with Vekoma no questions asked if this were simply an Everest or Big Grizzly Mountain clone?

I reckon we might be seeing something unique to Shanghai here myself, but I guess stranger things have happened in the theme park industry than them cloning Everest using a different manufacturer…

cocoa said:
i'm pretty sure a lifthill is just a really slow launch at an angle
Click to expand...