^that said, its la nina right now, so this summer has pretty much been nonstop rain. I guess it lets me play RCT guilt free tho...

Some more construction photos, this is looking like it’s going to be a pretty good woodie.

That one fine looking hill they got there.

What else can I say besides this is looking awesome!
Last edited: Feb 3, 2021

I do love this mess of timber.

Nice aerial view of the coaster:-

Video from the bottom of the first hill:

There is also this Blog that looks back at the construction highlights:

wow I don't think till now I appreciated how much coaster they have managed to fit in such a small space, I'm getting boardwalk bullet vibes. I love how it goes over and under itself so much which should give some great head choppers.
J

The layout actually looks really good. Never looked at it properly until now.

Such a beautiful coaster aesthetically too.

Really like the look of this, especially with how compact it is. Looks like you'll have some great interaction with the main lift structure.

Some great up close shots of Leviathan from a Parkz news article, see the full article below and it's an interesting read. Not much is happening on site currently with only a few workers there until it ramps up early next year for the 2022 opening. 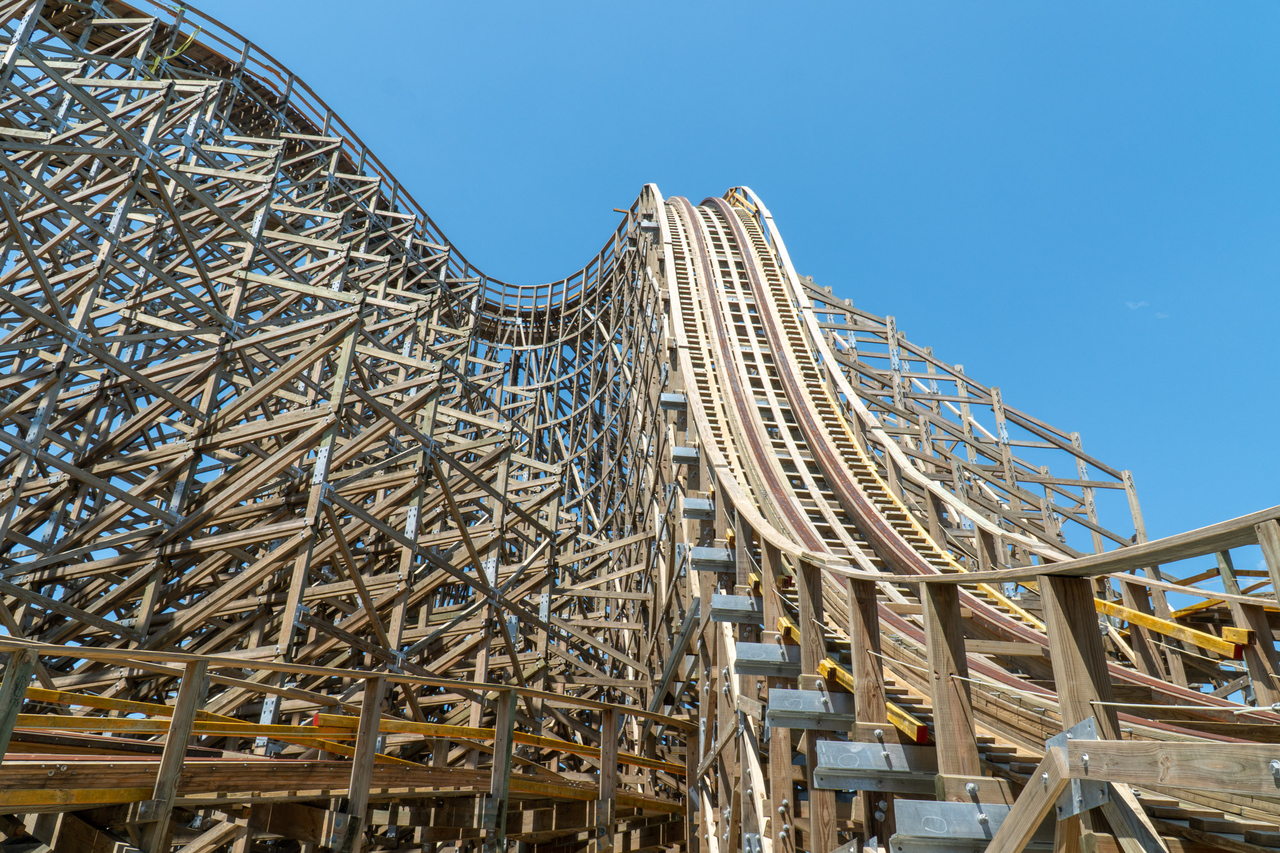 Sea World's Leviathan is looking more and more like a fully realised roller coaster as it inches closer and closer to its delayed 2022 opening date.

Some of the pictures from the article:

The trains are on site and they look great. 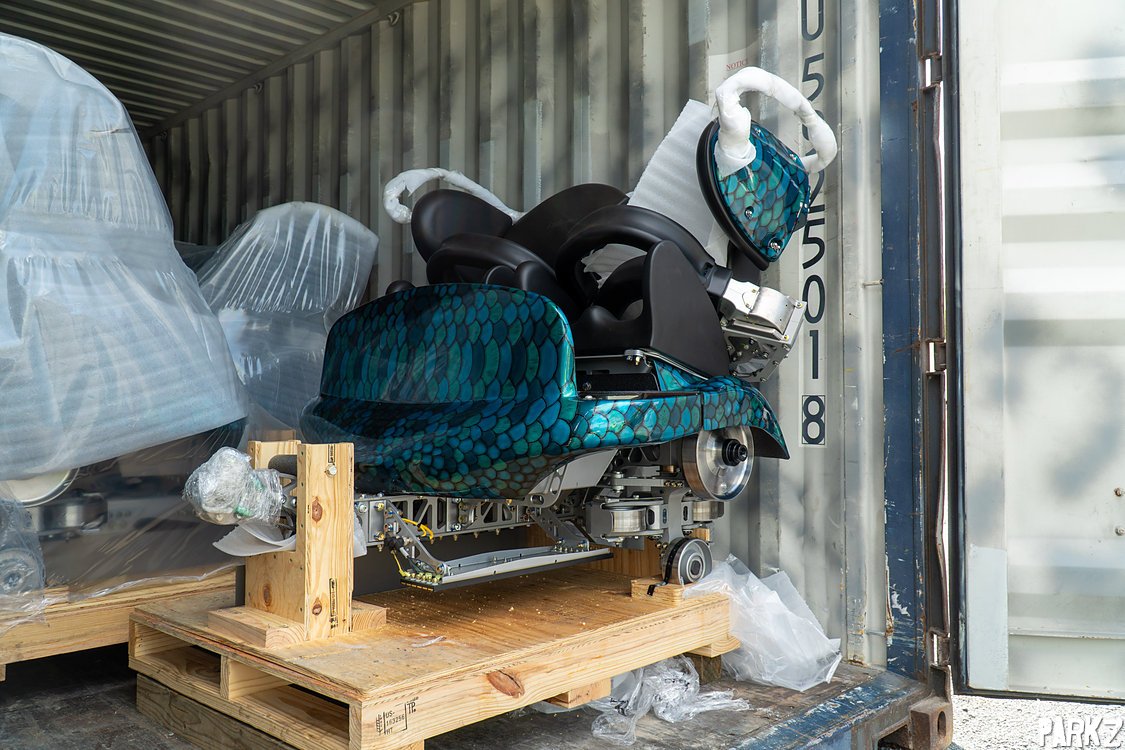 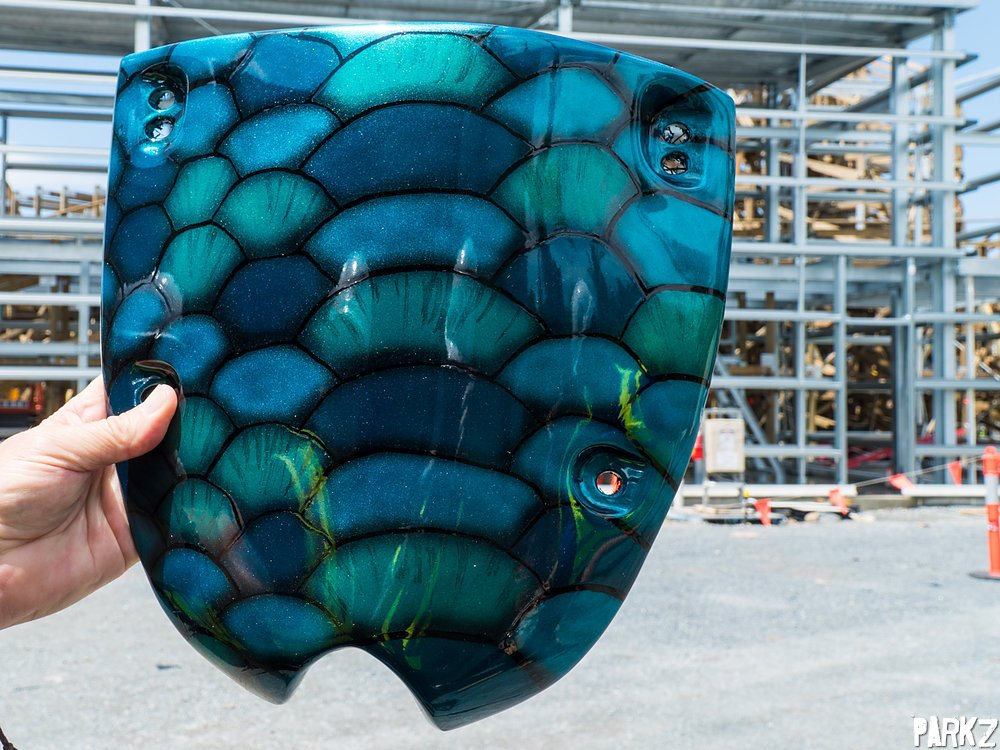 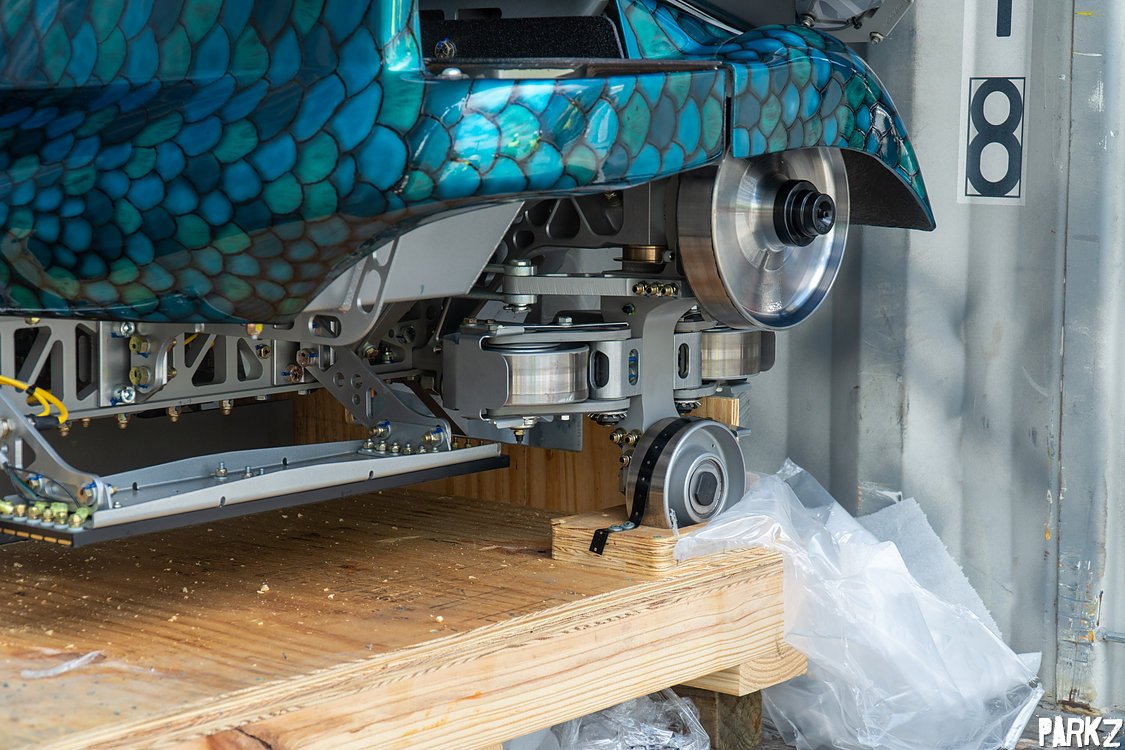 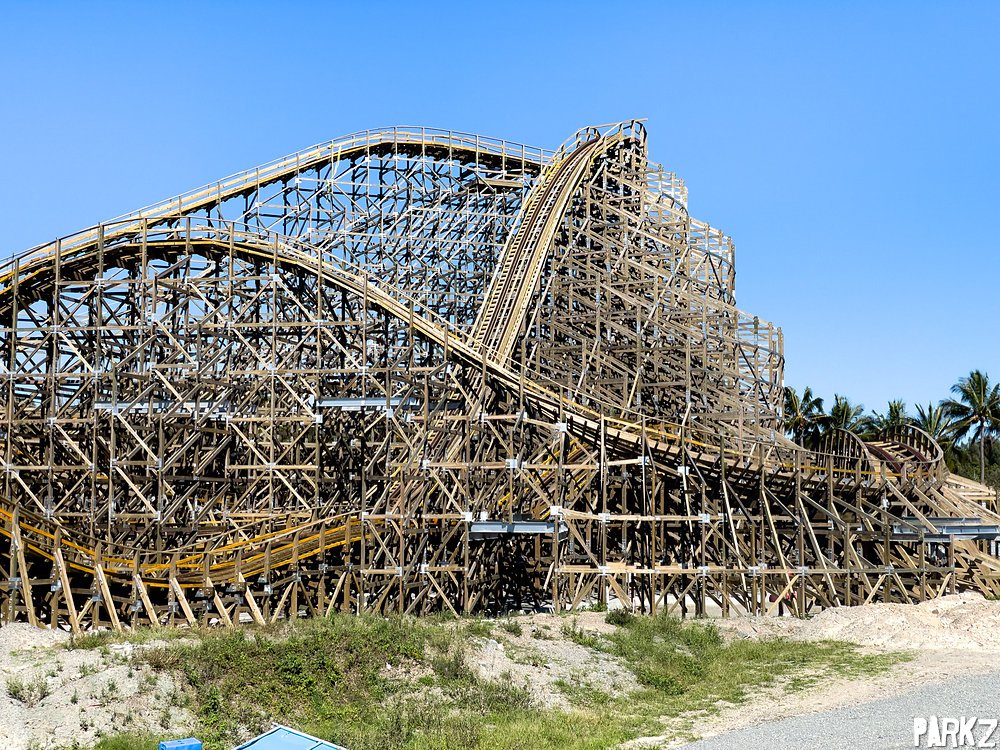 The station will be fully enclosed when built and its stated that Sea World really hopes to make an impact with Leviathan in the theming department with the final themed ride being vastly different from the initial artists impressions. . 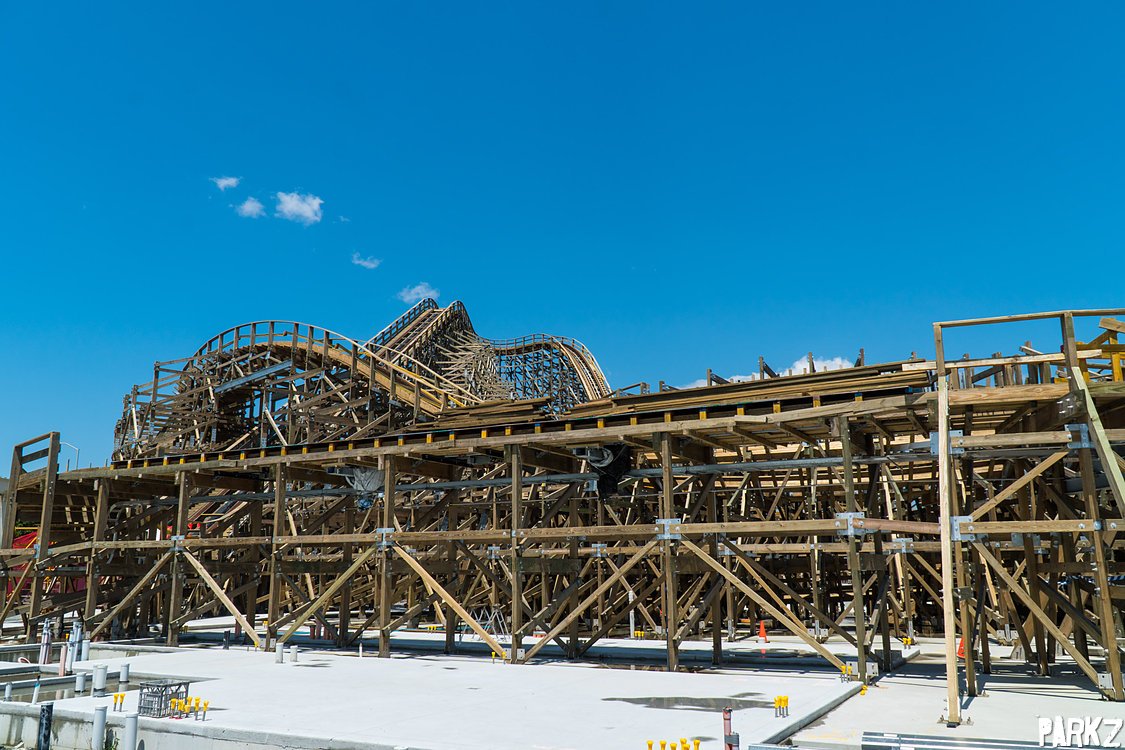 The main entrance and exit passes through the structure. The ride has quite a few airtime hills and moments of negative g-forces, around 20 in total. 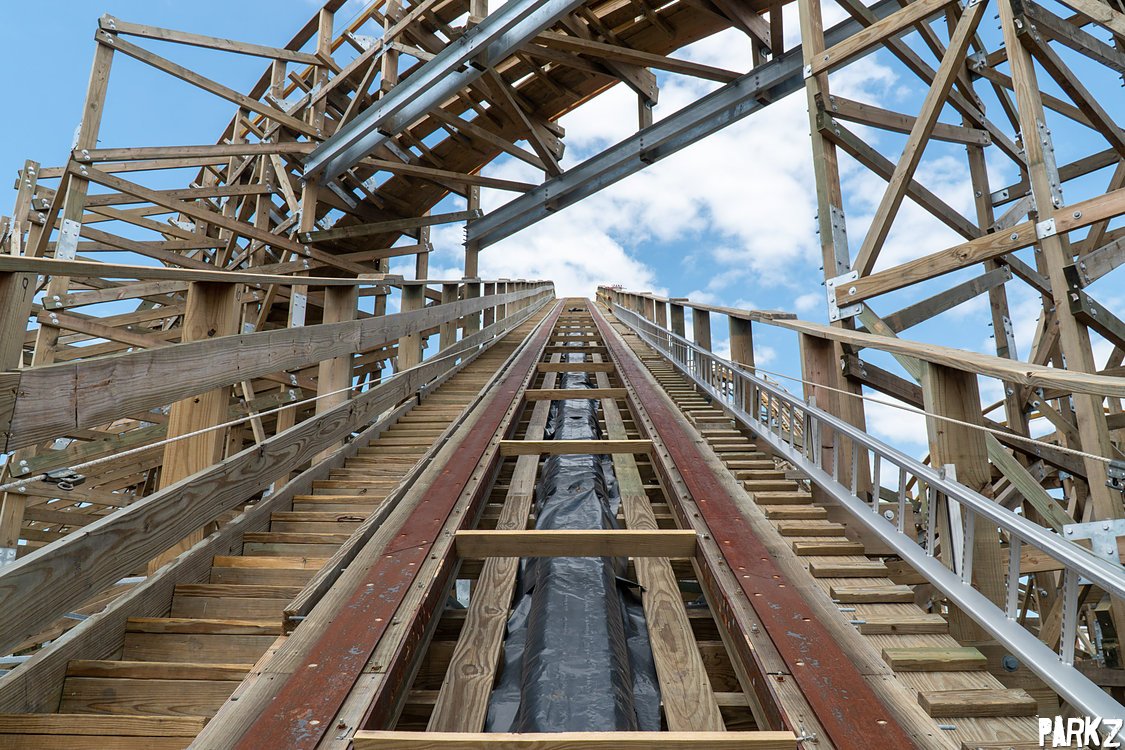 Also Trident is ready for its installation once Leviathan is at a stage where the two projects won't obstruct each other.