Evening gang, welcome to my PA report. I spent the last two days there having previously visited in 2016 so I'll be going in depth on the new stuff as well as sharing my overall thoughts on the park.

This is an easy place to visit, I flew into Barcelona and got a coach direct to Salou where my hotel was. Salou is your typical Brit abroad Spanish beach town, most of the bars were Irish/English themed and the restaurants had big pictures outside of either some meat and chips or spag bol. I flew home from Reus which is even easier, the airport was a 20 minute bus ride from Salou. I've stayed on site at PA in the past and if you can get a good deal it's the way to go but staying in Salou is a fine alternative and will often be cheaper. My hotel was a half hour walk to the park entrance.

Operations this trip were surprisingly good. I've heard horror stories in the past of hour plus queues with one train ops, over allocation of fast track, etc but the park coped well with the small crowds it had. I heard capacity is currently 6000 and it certainly felt like it, the paths were quiet and I had a lot of breathing space round the park. Shambhala and Khan ran 2 trains until around 5PM each day and were both walk on during this time then around 20 minutes in the evening with one train. Hurakan Condor was running at 3/5 capacity and consistently held a 20-30 minute queue. All other rides had very minimal waits and the park was open from 10AM to 10PM.

New for me was Ferrari Land and I was so excited for Red Force. This is the part of the trip I felt let down by, Ferrari Land was only open 11 till 4 so had big crowds compared to the main park as everyone squeezes their visit in at the same time. When Red Force has a constant half hour queue on full capacity yet Baco next door is walk on there's been an error made. Red Force had a lot of down time too, I rode it seven times and during three of those the ride went down while I was waiting and on Tuesday it took half an hour to open. Given there's little else to do it seems mad to base the whole park around a temperamental Intamin and charge people 15€ extra to visit. As the park currently stands it should absolutely not be a second gate.

Red Force is a stonking coaster though. Like really good, probably a top 15 for me. The LSM launches feel so different to the cable ones, I love how you keep accelerating all the way until the pull up. Every time it feels like you've reached top speed you get sucked back into the seat further, it's so exhilarating. The view at the top is lovely and coasting over the top in those comfy Intamin lapbars feels so free. Great ride.

I also rode Thrill Towers, bog standard S&S shot tower. The third and final thing I rode was Flying Dreams, Ferrari Land's flying theatre. I expected to be underwhelmed as I've never heard people talk about this but I actually loved it. It had much more motion and a dynamic feel than Soarin and Voletarium. I prefer those rides because of the superior themes and soundtracks but Flying Dreams was a lot of fun.

Overall thoughts on Ferrari Land, pretty meh. Red Force is incredible but that's your lot. I'm not into cars so to me the Ferrari branding is neither cool or interesting, I didn't like the look or atmosphere of the park but there was a nice Italian street section.

Heading back into the main park I was blown away by how pretty everything was. In terms of landscaping and vistas nothing comes close to Portaventura, there's so many beautiful sightlines and the park is full of colour. There were many times where I sat down on a nearby wall or ledge and just spent 10 minutes taking things in.

New for me was Street Mission, the Sesame Street dark ride. It feels big budget and of a high standard. You sit in a trackless vehicle and pass various screens, sets and animatronics before finishing in two huge curved screens giving a simulator effect accompanied by some vehicle movement. This is a ride the park really needed and it's nice to see them make the most of their main IP. I'll sum up the rest of the park in bullet points otherwise I'll go on and on.

-It was great to get back on Shambhala, I've done RMCs and decent Intamins since I first rode it but it's still a very special coaster. Definitely intense in places but you can reride endlessly as it's so smooth and pleasant. I ended up preferring the front seats as the initial crest of the hills provided stronger airtime for me than the descents did in the back. My thighs spent more time against the clamshells the further towards the front I was. First drop back row is outstanding though.

-Khan is a solid coaster but B&M multiloopers don't excite me anymore. When you've got Intamin, Mack, Vekoma and even Gerst building interesting loopers with airtime and funky transitions the thought of rattling through 8 inversions in a B&M harness doesn't hit the same as it once did. Khan is good but I think that layout has had its day now.

-Baco grew on me with each ride, once you learn to stick your neck forward after the launch I don't find the shaking detracts too much. I also love the vineyard you walk through in the queue, it's a beautiful location for a coaster.

-Ride variety isn't great, visiting as an adult all I mainly rode was the coasters, water rides and the drop tower. The park is crying out for another thrill flat ride. I also find it strange the only dark ride opened last year, seems the kind of park that would have built an omnimover or indoor boat ride in the 90s. I'd love to see a dark ride more appropriate for all ages. Overall I really like PA but there's other parks in Europe that offer a more compete package.

Oh and no donkey in hats sightings. I think Howie is just full of waffle 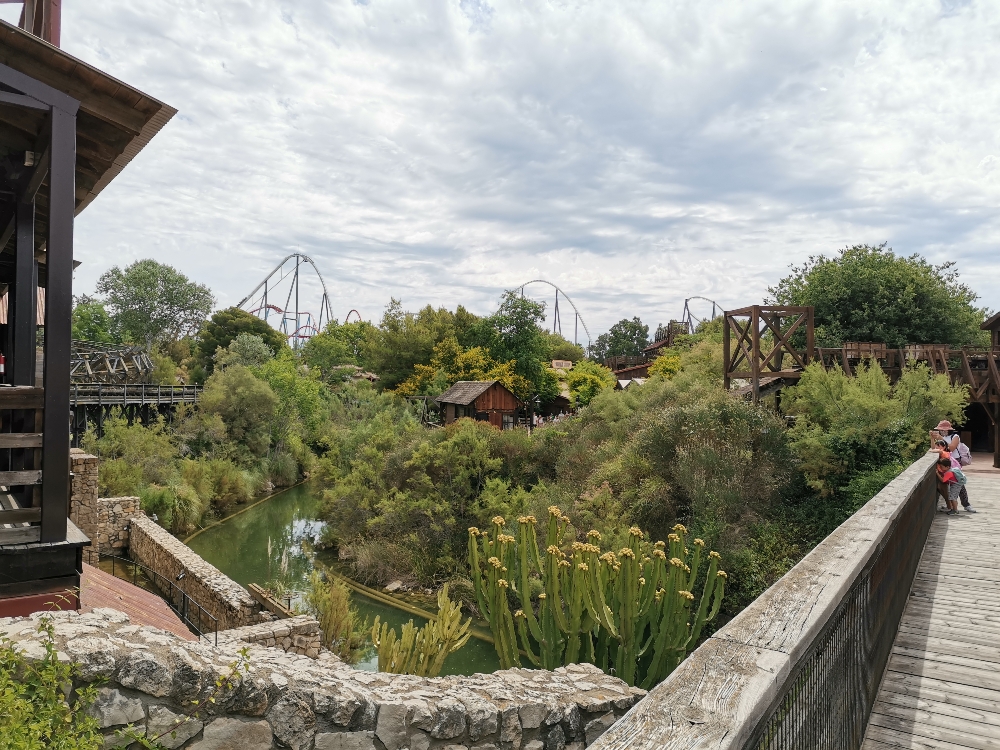 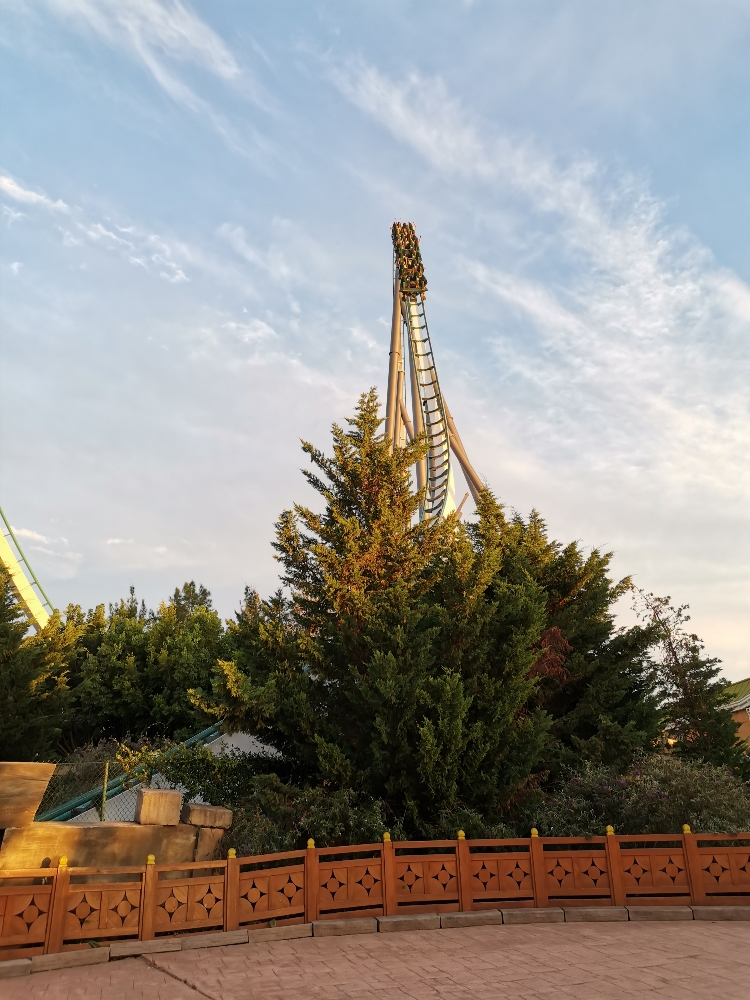 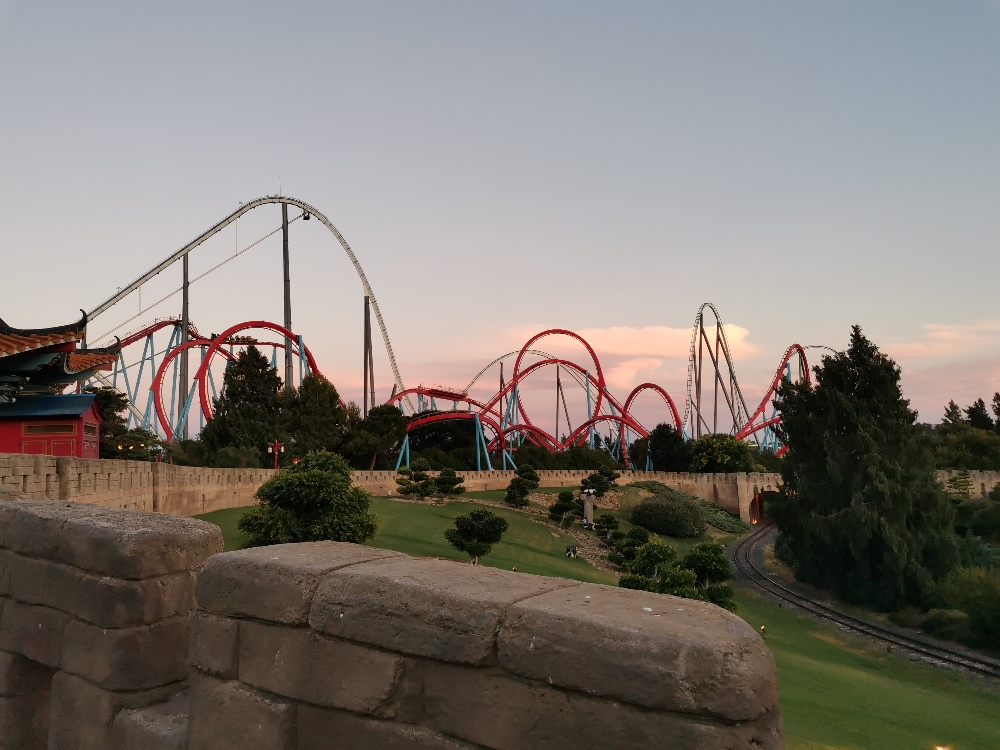 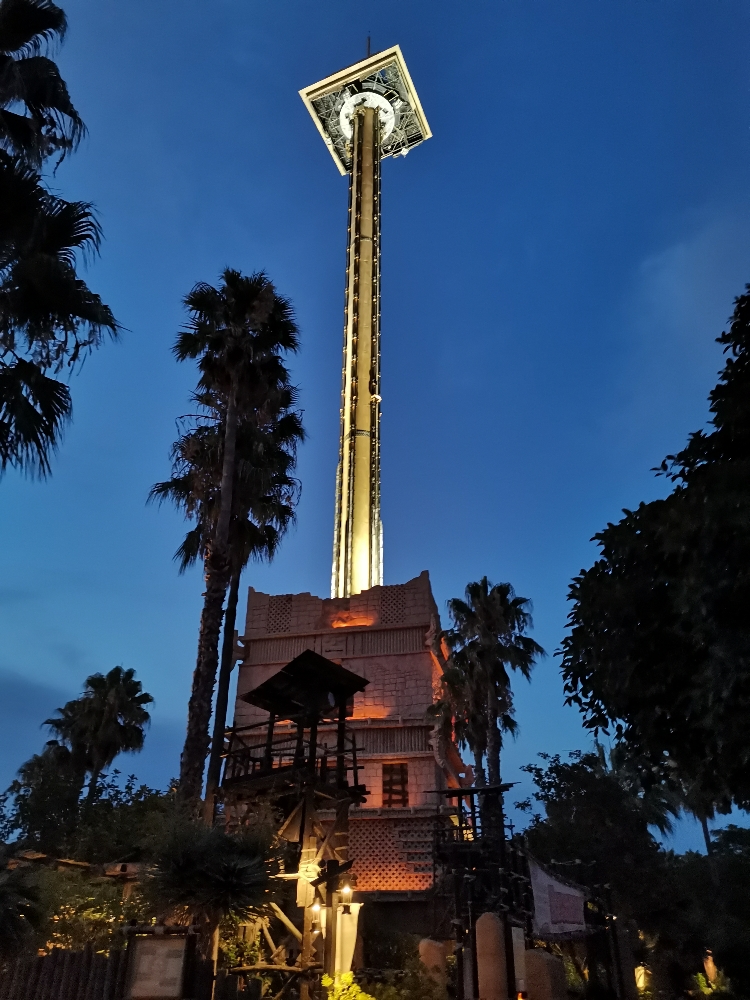 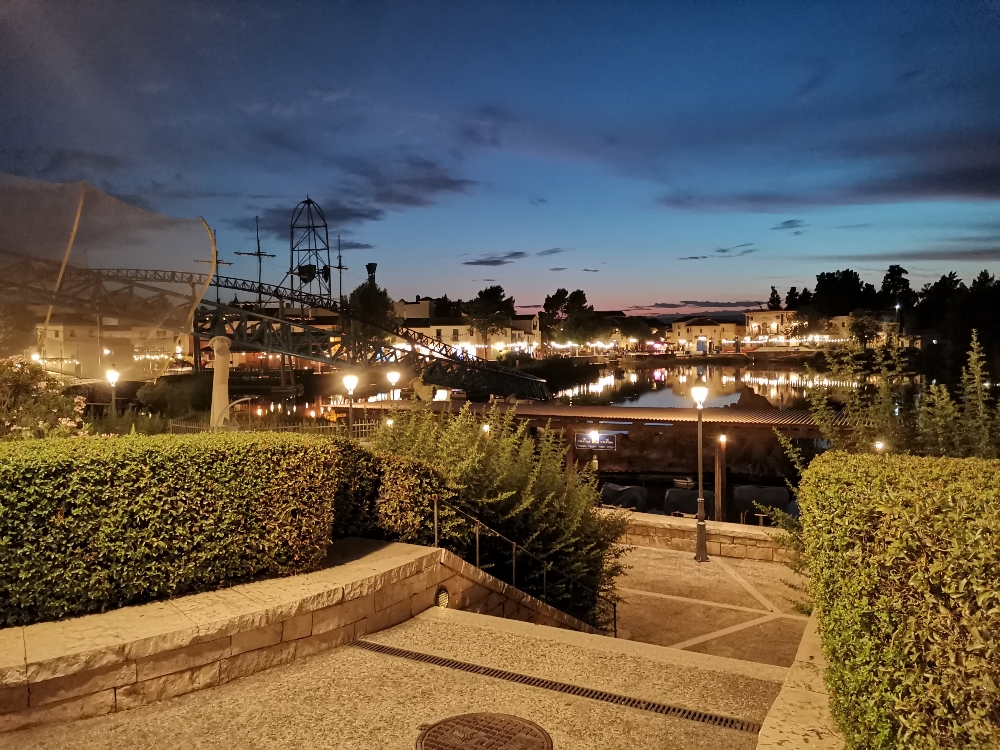 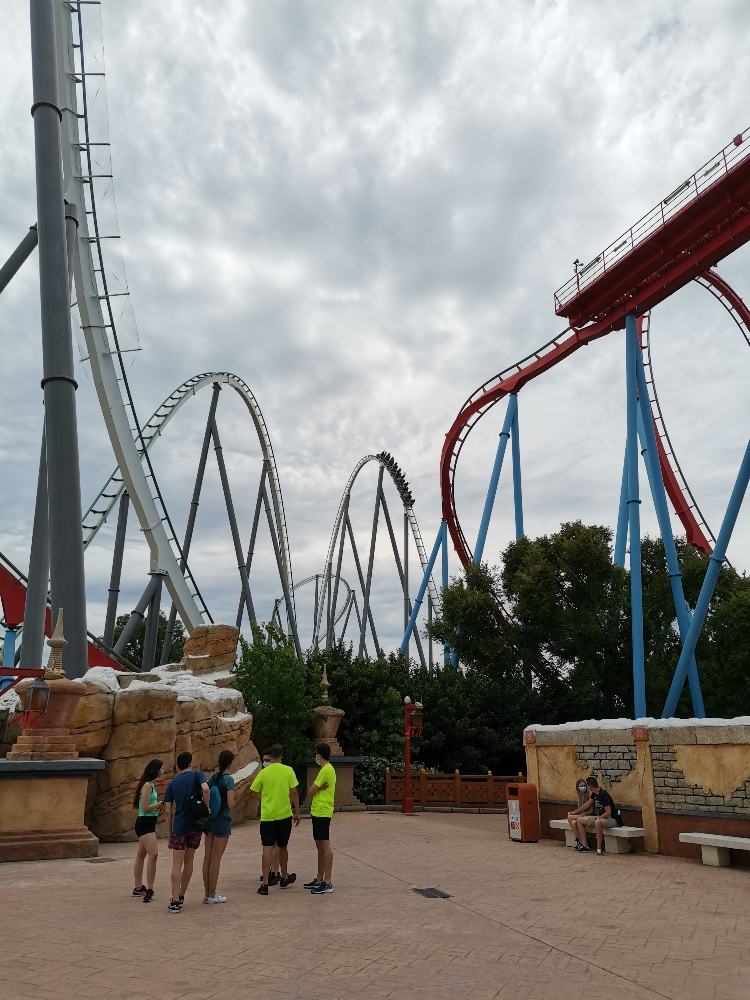 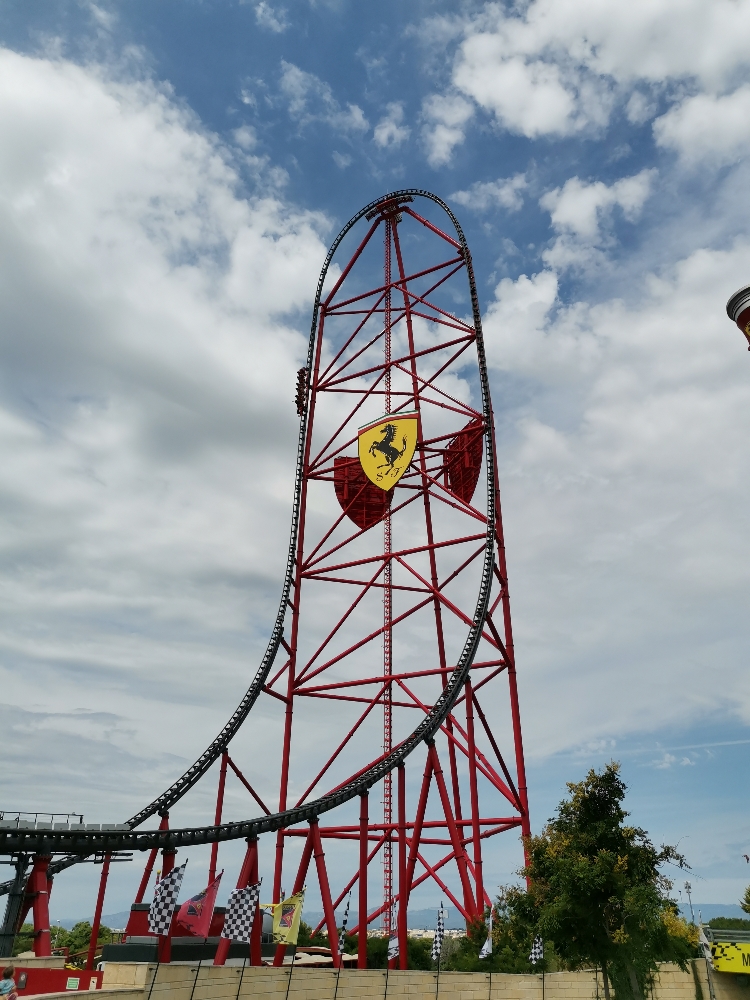 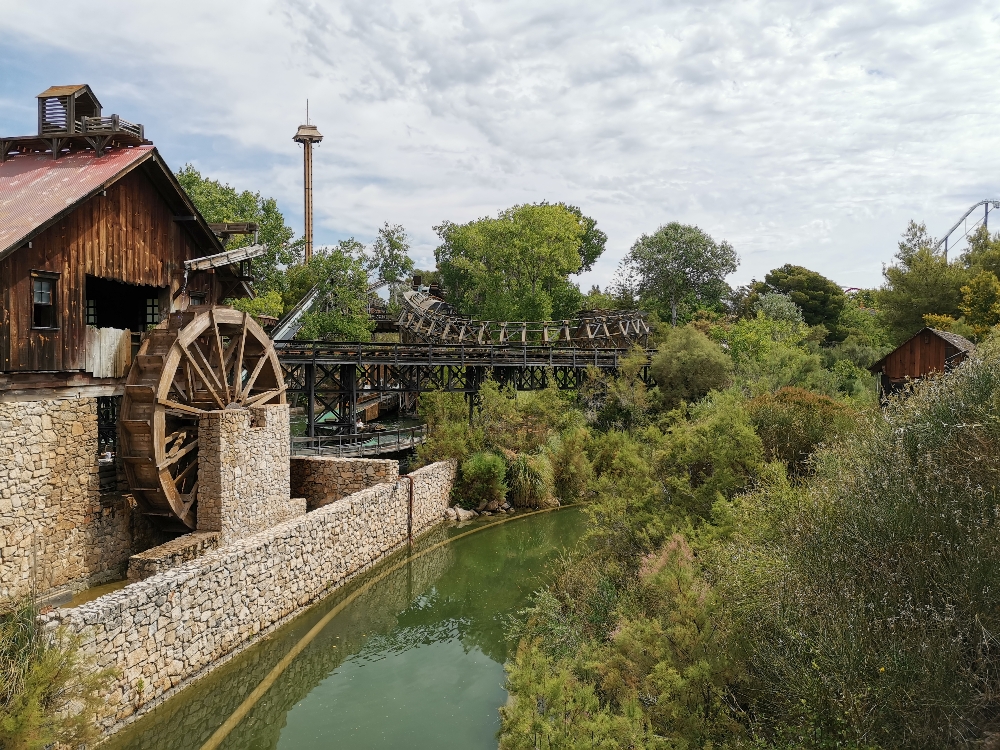 Benenen said:
Oh and no donkey in hats sightings. I think Howie is just full of waffle

One day, my friends, one day I shall have my proof and then you'll be sorry.
You'll all be sooo sorry.

Great report @Benenen! I must admit, PortAventura looks like an absolutely stunning park, and I’d love to visit; Shambhala in particular is a huge bucket list coaster of mine that I’ve wanted to ride for years!