I'd say perhaps, but not on F.L.Y. The layout and elements have a lot to do with intensity (B&M flyers only stand out because of the pretzel loops) and this coaster is more graceful. I reckon we have to wait for other Vekoma Flying models to open to really judge their intensity.

I think it will be more intense than say Galactica/Air since it will be taller and probably faster but it won't be like Taron 80mph quick direction changes flying out of your seat madness.

With all those tight turns and helices, the top speed is ought to be not extremely high, at least not Taron-esque. Same for some of the (what I expect to be) airtime moments, you can't really do ejector airtime on a flying coaster. Also, it doesn't really change elevation all too much throughout the ride, both halves start high up and then work their way to the bottom as they lose speed, so I expect the pacing to be very consistent for the entire ride duration. And if there is going to be as many near misses as I expect, it is going to feel much faster than you actually go, so I would say it's going to feel rather intense while not actually being intense on the body as Taron or Black Mamba is.

Fluorineer said:
And if there is going to be as many near misses as I expect, it is going to feel much faster than you actually go, so I would say it's going to feel rather intense while not actually being intense on the body as Taron or Black Mamba is.
Click to expand...

This section in bold summarises my thoughts on it. Well put.

I think that you can compare it with each other. The B&Ms have a gentle lift hill and mostly very wide turns and elements.
This coaster has 2 launches wich is more instense than a lifthill. FLY has also smaller turns than a coaster like flying dinosaur. (Which is good because it can pull some nice G's with some speed.)
But in the end, I think a pretzel loop is more intense than any part of FLY.

Let's try to wait until it even tests to judge how intense it will be compared to other coasters.

My take is that it will be a really unique experience if nothing else as the layout is totally different than anything from B&M. Also, airtime on flyers is such a unique and fun sensation (Starry Sky Ripper's drop back row <3) so I'm glad to see some airtime hills on FLY; hopefully they're executed well!
C

This is gonna have a dark ride section before the first launch, correct?

Correct, we assume. There's a 180 degree turn to the right, a straight section and a lift hill that are all enclosed, so we can guess there might be some theming/music there!

I really hope not. I am a sucker for intense coasters but Flying Dinosaur was almost too much...

The wall is now completely covered:

My bet is on a scheduled opening in April. At least I heard that they are aiminig for beginning of the Season...

The work on the wall towards the Kaizerplatz is continuing:

A closer look at the hotel and the wall/portal next to it:

EDIT
Addition of the source by reprimand:
Phantafriends (

Hi! Those are our photos. It would be great if you mention our forum and insert the source ...

iangc said:
Hi! Those are our photos. It would be great if you mention our forum and insert the source ...

LOL, I forgot it for once... Can you also say thanks when people share your pictures (when they add the source)? Would be nice as well.

Just like me, many wonder how they can make the rusted wall 'beautiful'. I think the answer has long been in front of us. Namely the same end result as with the 'Tor 1' wall (or at least something similar).

This occurred to me for a moment, therefore this post. Have a nice evening!

I honestly think that wall looks awful, nothing much beautiful about it if you ask me. Special shoutout to the ugly gaps between the wall and the bottom of the dormer-type boxes at the top, and the lack of depth to the entire surface. Hoping they can pull it together though, I'll wait until the finished product before writing it off completely. 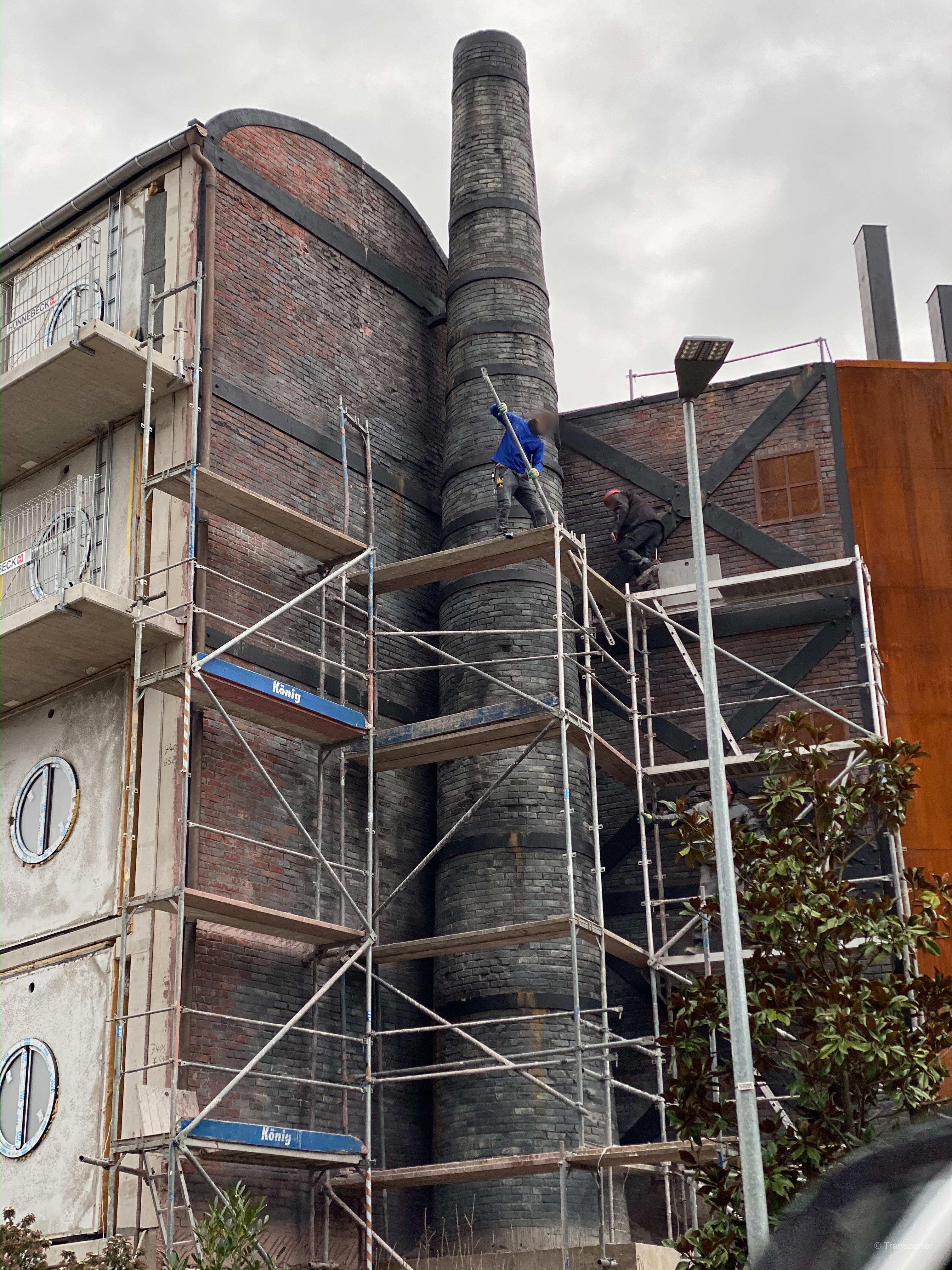 Also there is a big new theming structure / building starting to appear inside the area itself: 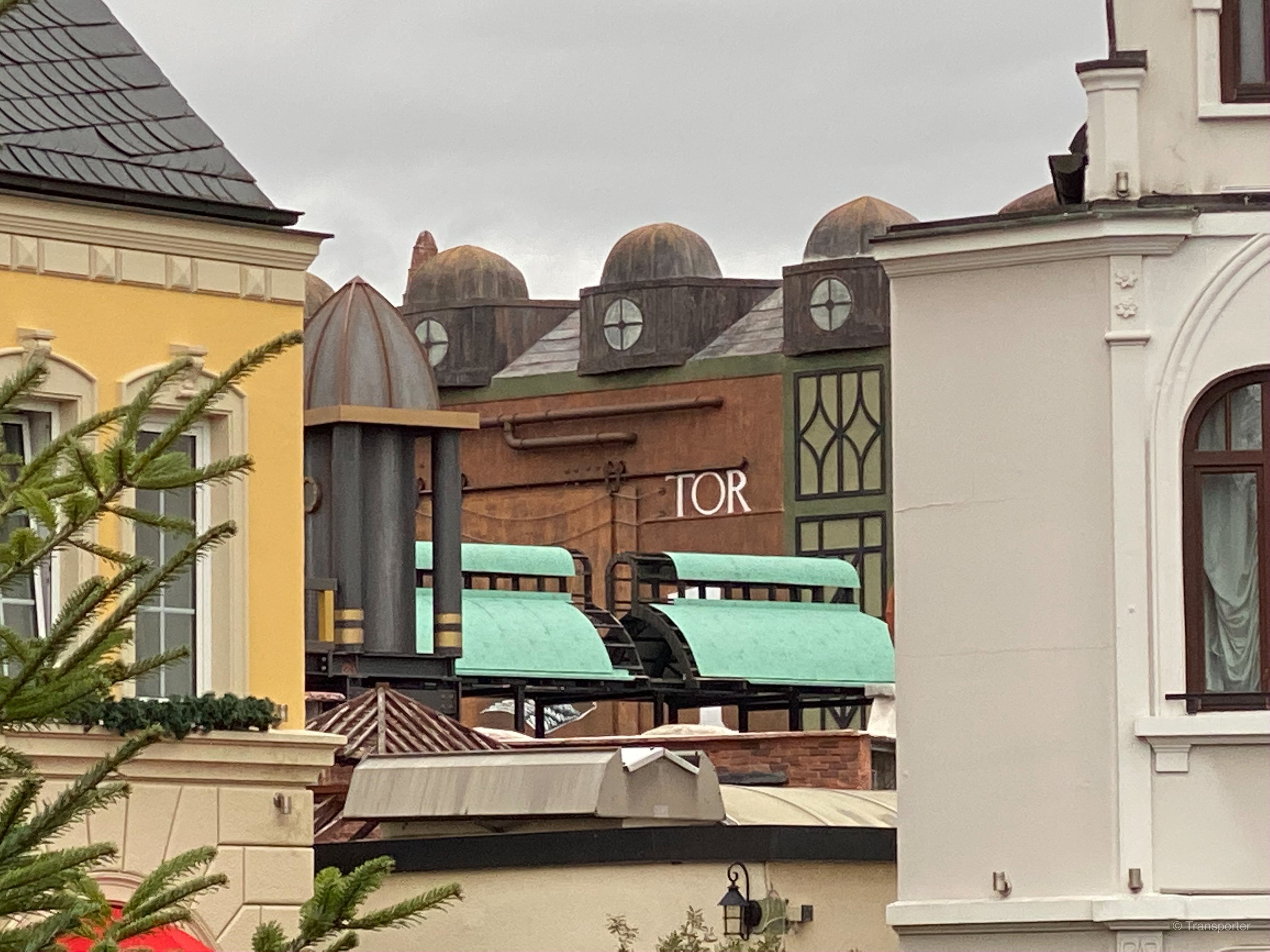 Source and all pics: Phantafriends.de
T

Yeah, only really worried about the orange wall. Gonna have a look myself in a few weeks