Even though Parc Saint Paul is less than 2 hours away from where I live, I somehow never bothered to visit the place. After several delays and figuring out a public transportation/uber strategy to navigate in and out there, it was finally time to discover Parc Saint Paul and its reported quirkyness 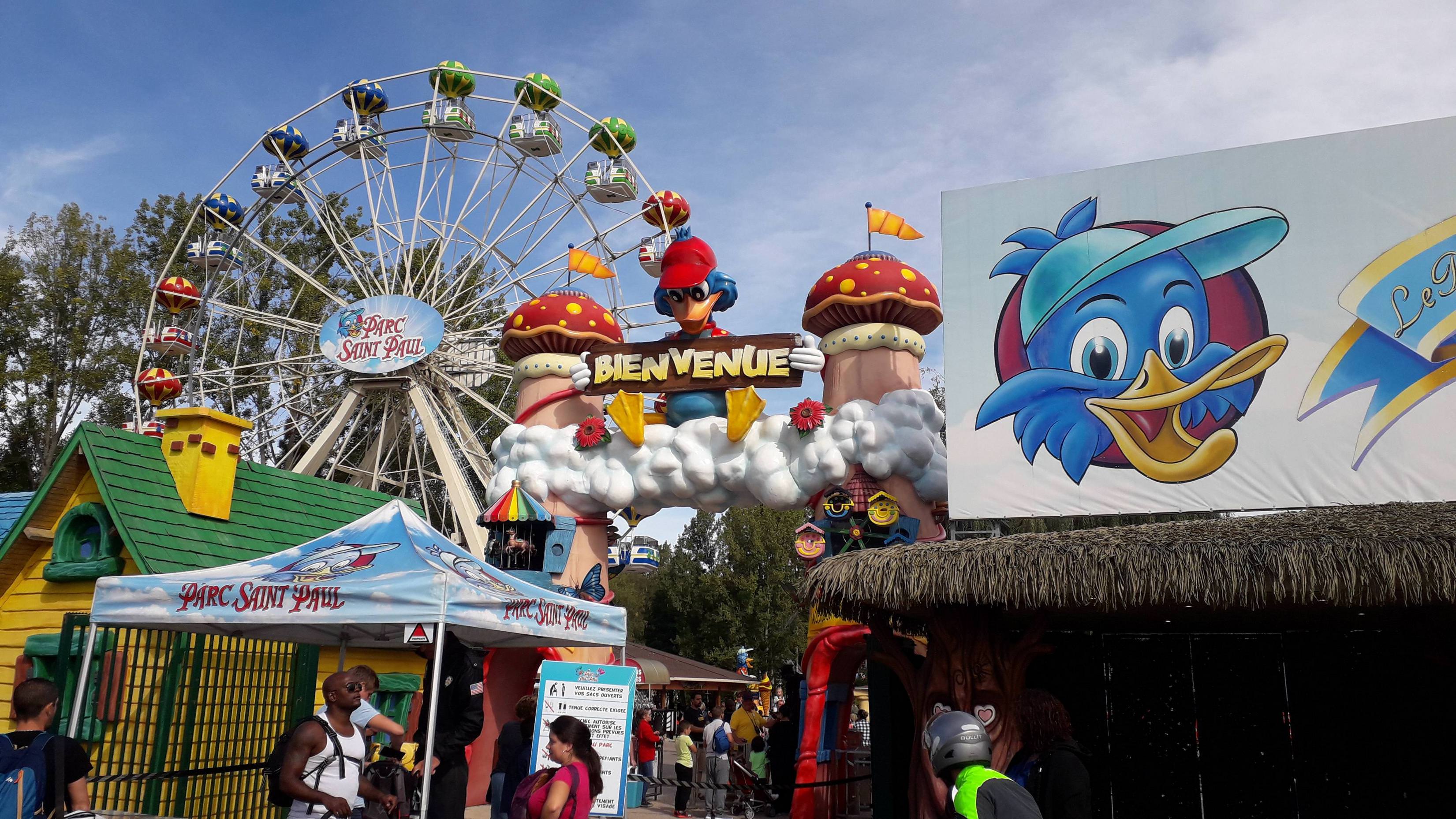 The entrance sets the tone with a plastic-y gate that wouldn't feel out of place at a fairground. The Campion family - who founded the park and still operates it to its day - were originally fairground ride operators which explains the very funfair look of most scenery there, as well as the nature of the rides. 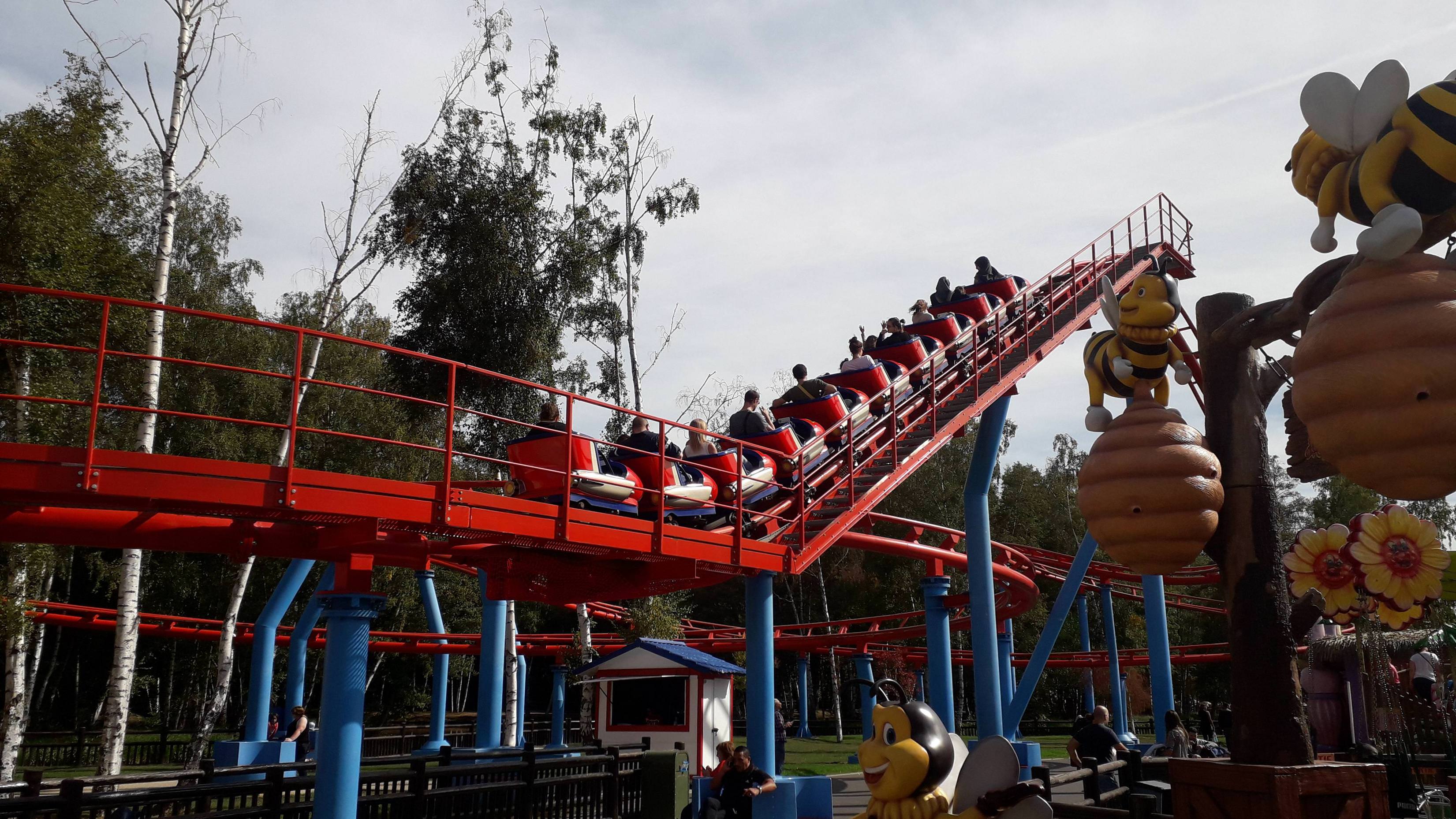 Started the day on Aérotrain. The ride op which was actually very warmful and friendly, was the most remarkable thing about my experience on this tame Vekoma kiddie. It makes for some nice parking lot mini-skyline, but of course I forgot to take a picture from that angle -_- 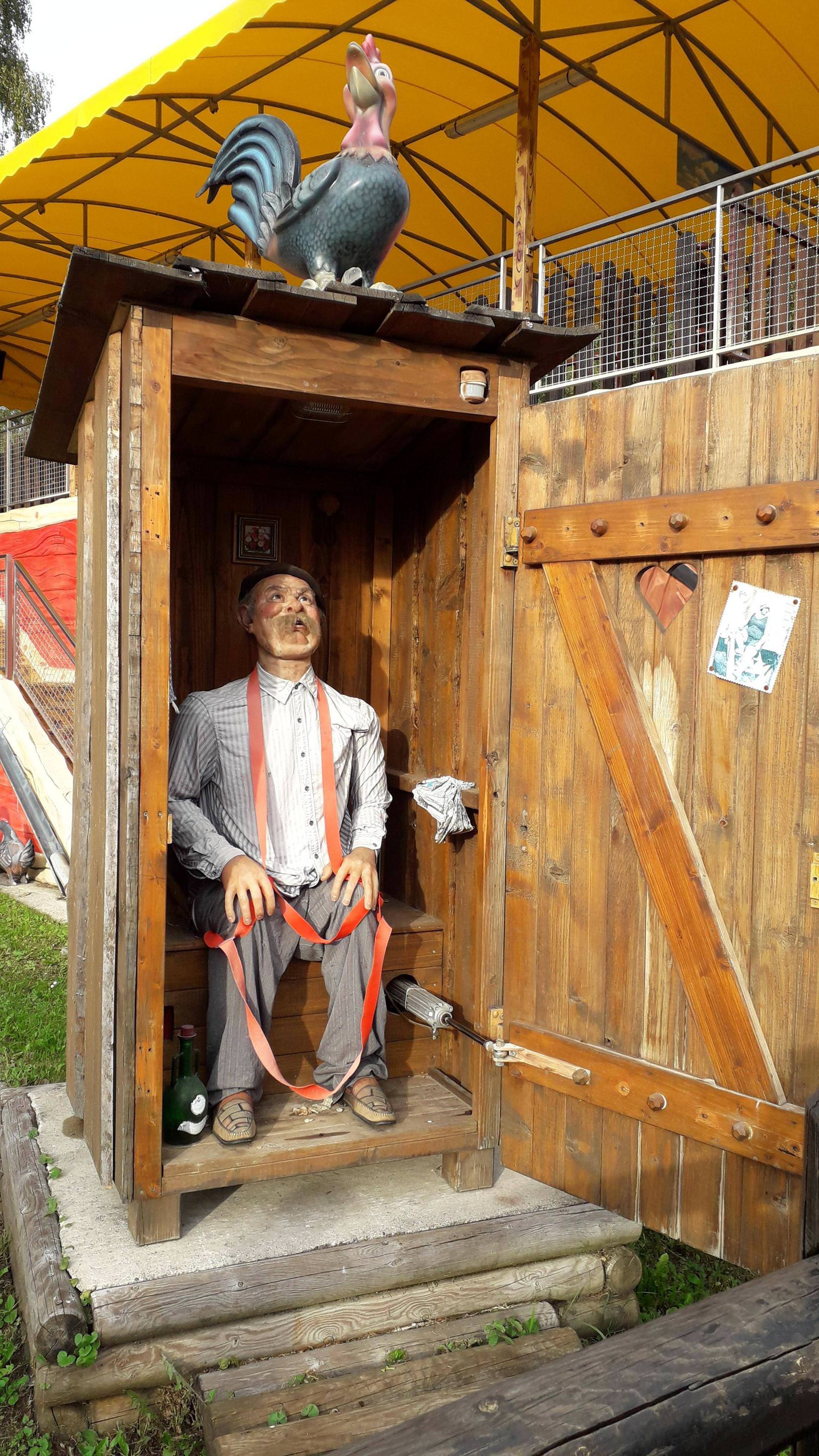 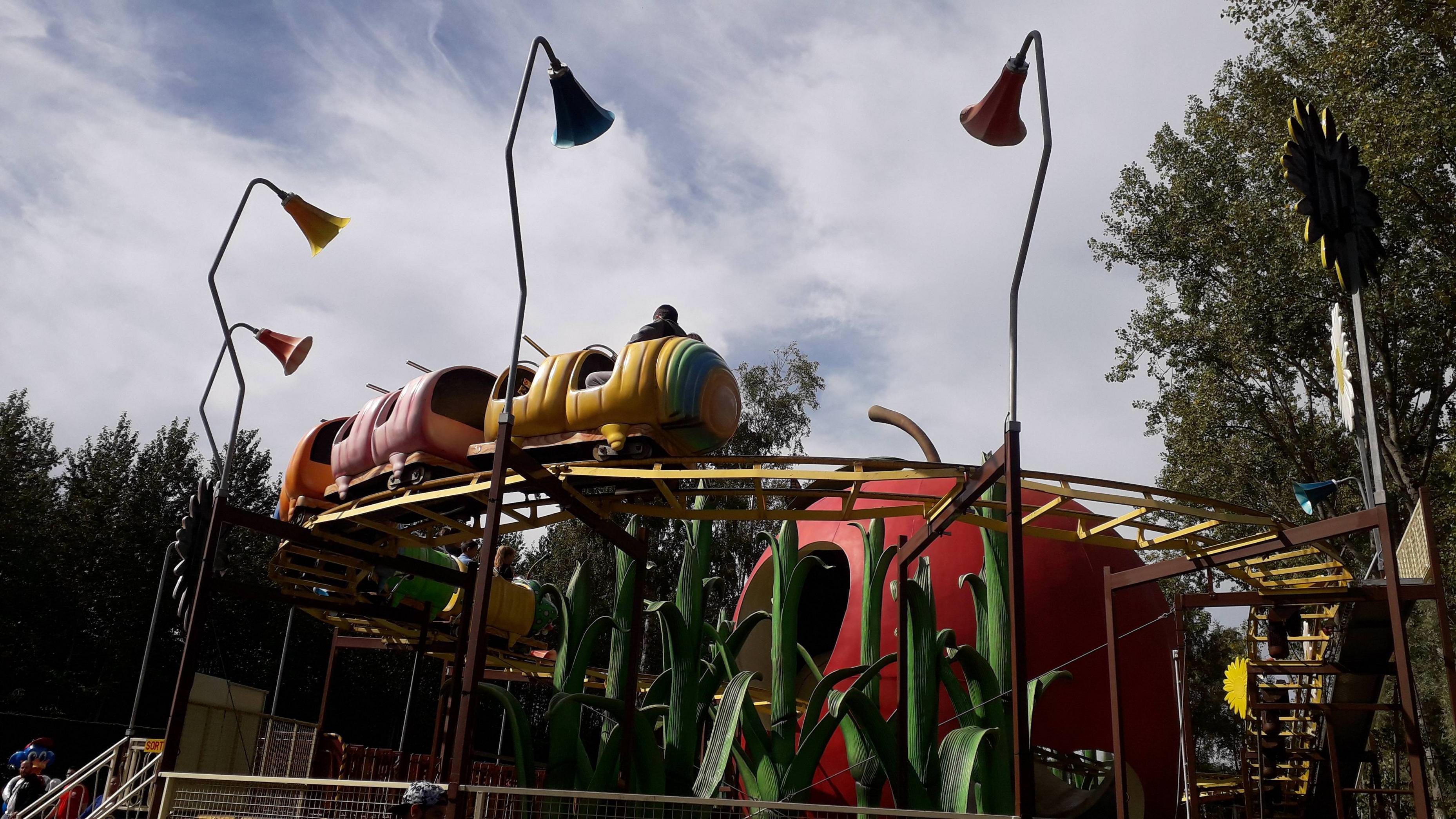 Next was the local shameful cred, Pomme (apple in French). 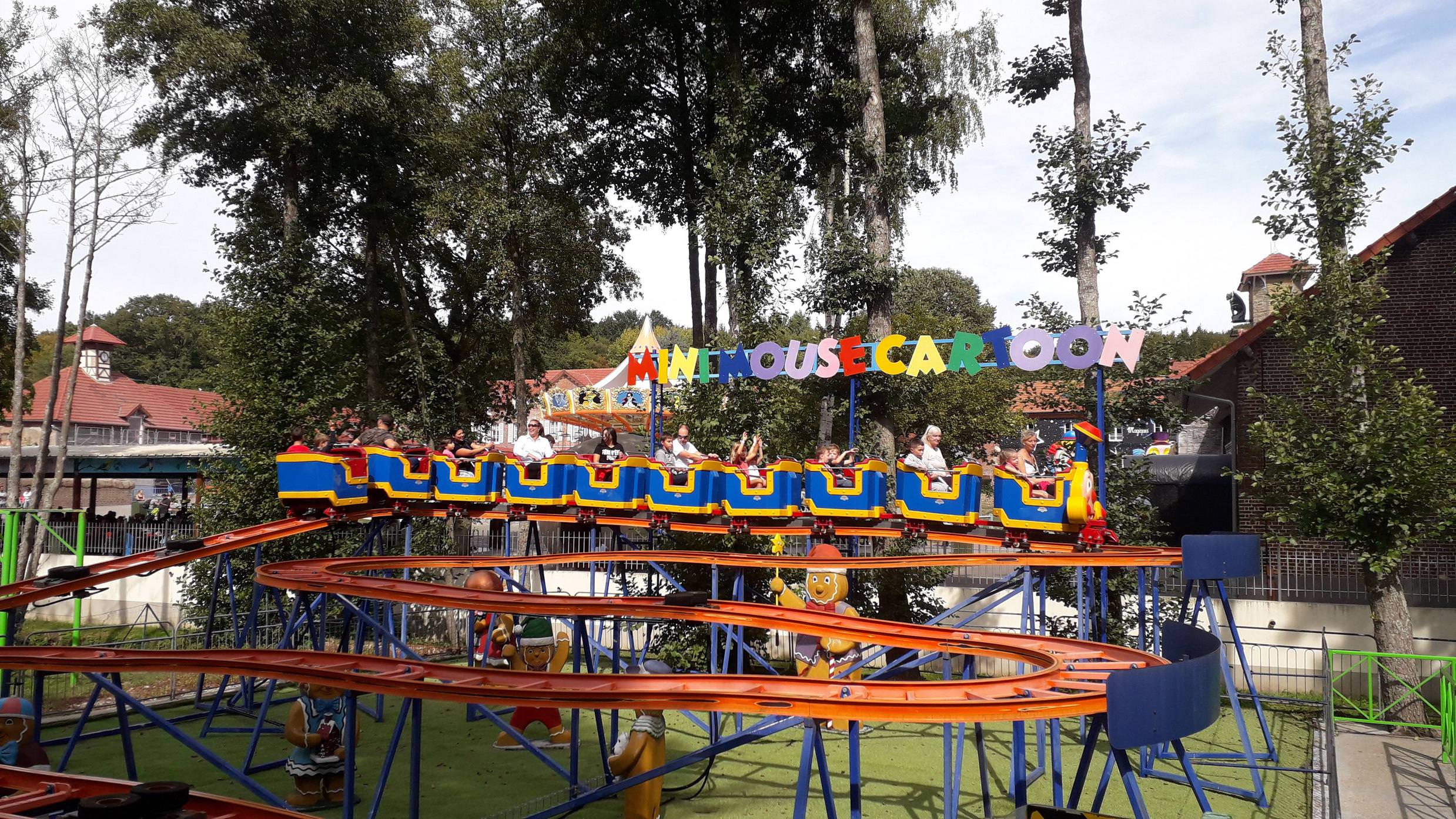 Actually make that 2 shameful creds! Never seen this sort of hairpin style kiddie before. It's obviously fairly uneventful, but the tight hairpin turns actually deliver some soft laterals which are rarely found on the usual kid-targeted coaster. 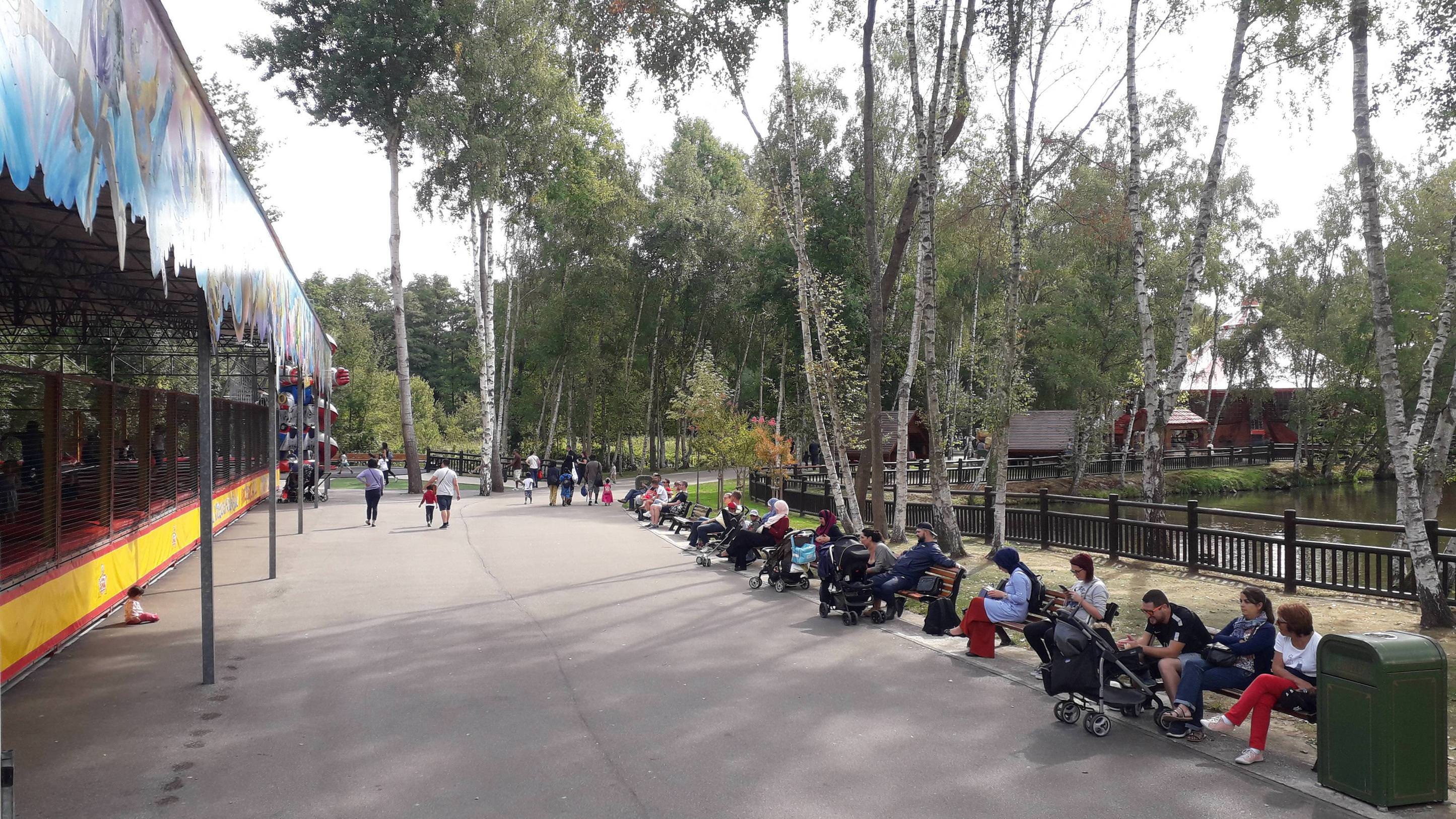 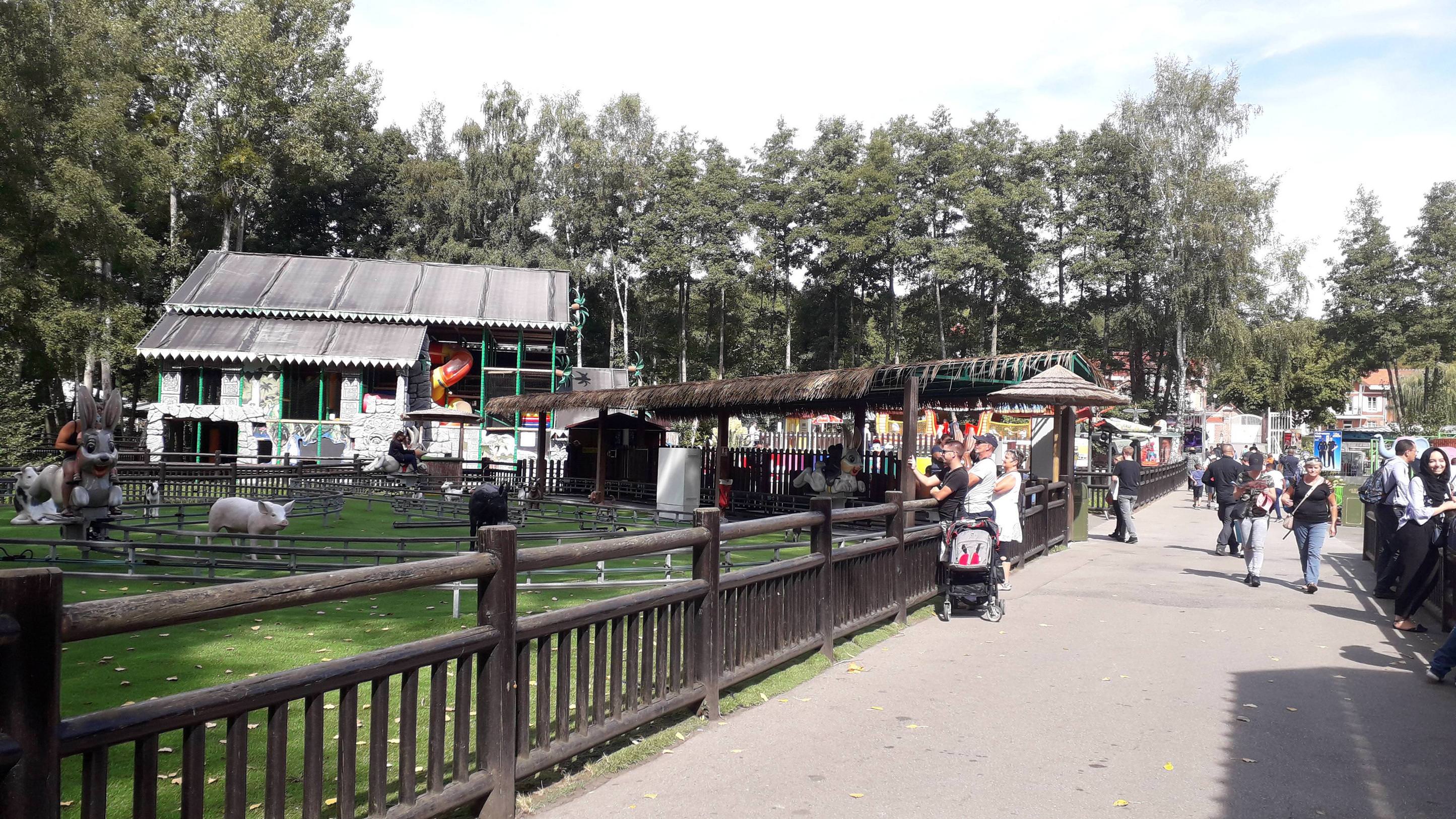 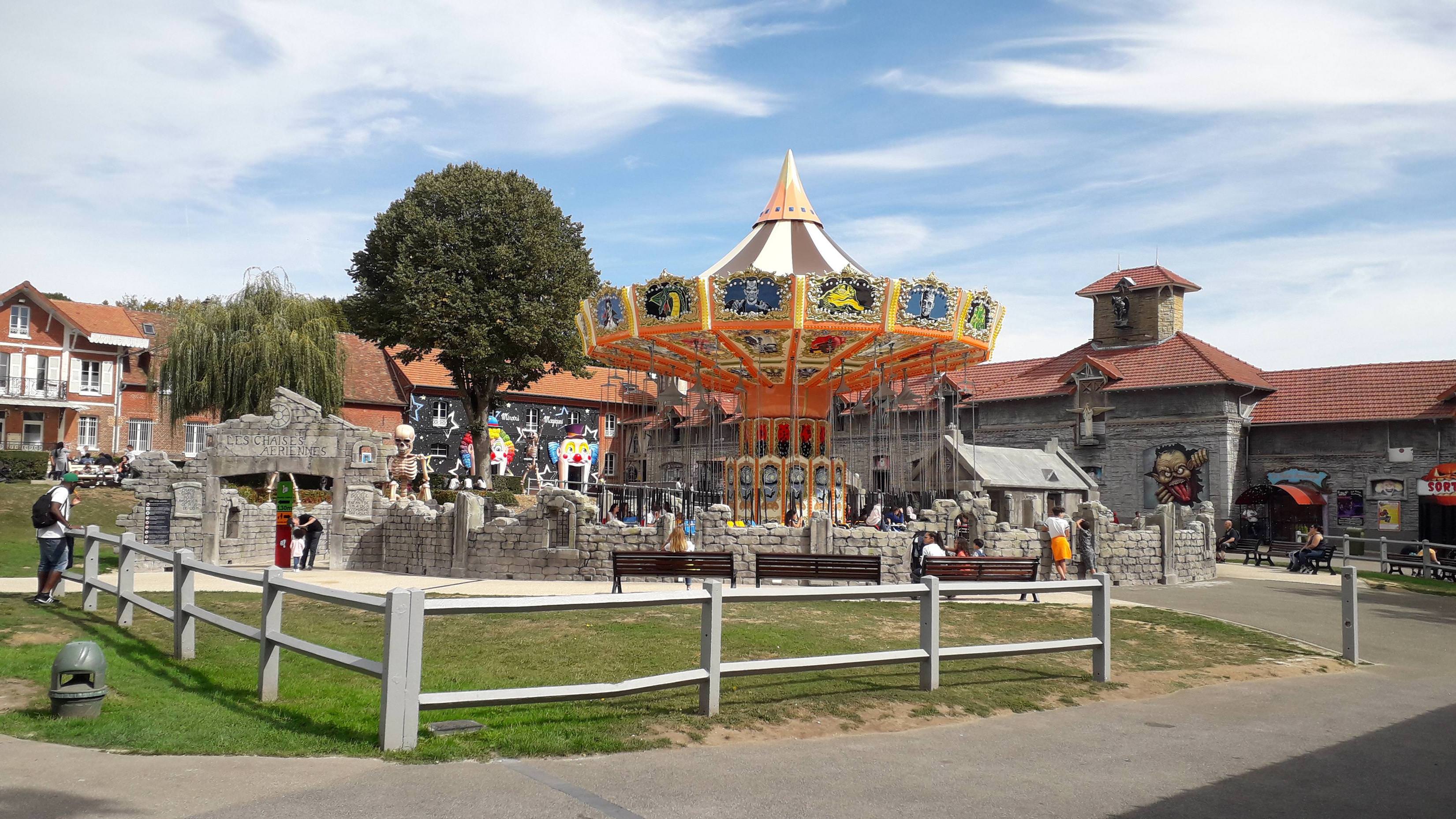 There is actually a lot of trees around the paths, which alleviates the whole tacky scenery and basic, flat pathwork of the park. Since I didn't really research into the park, was surprised to find some sort of authentic village houses around the chairswing area. They look nice enough even though they feel too realistic to fit the otherwise carefree, fun atmosphere of Parc Saint Paul. 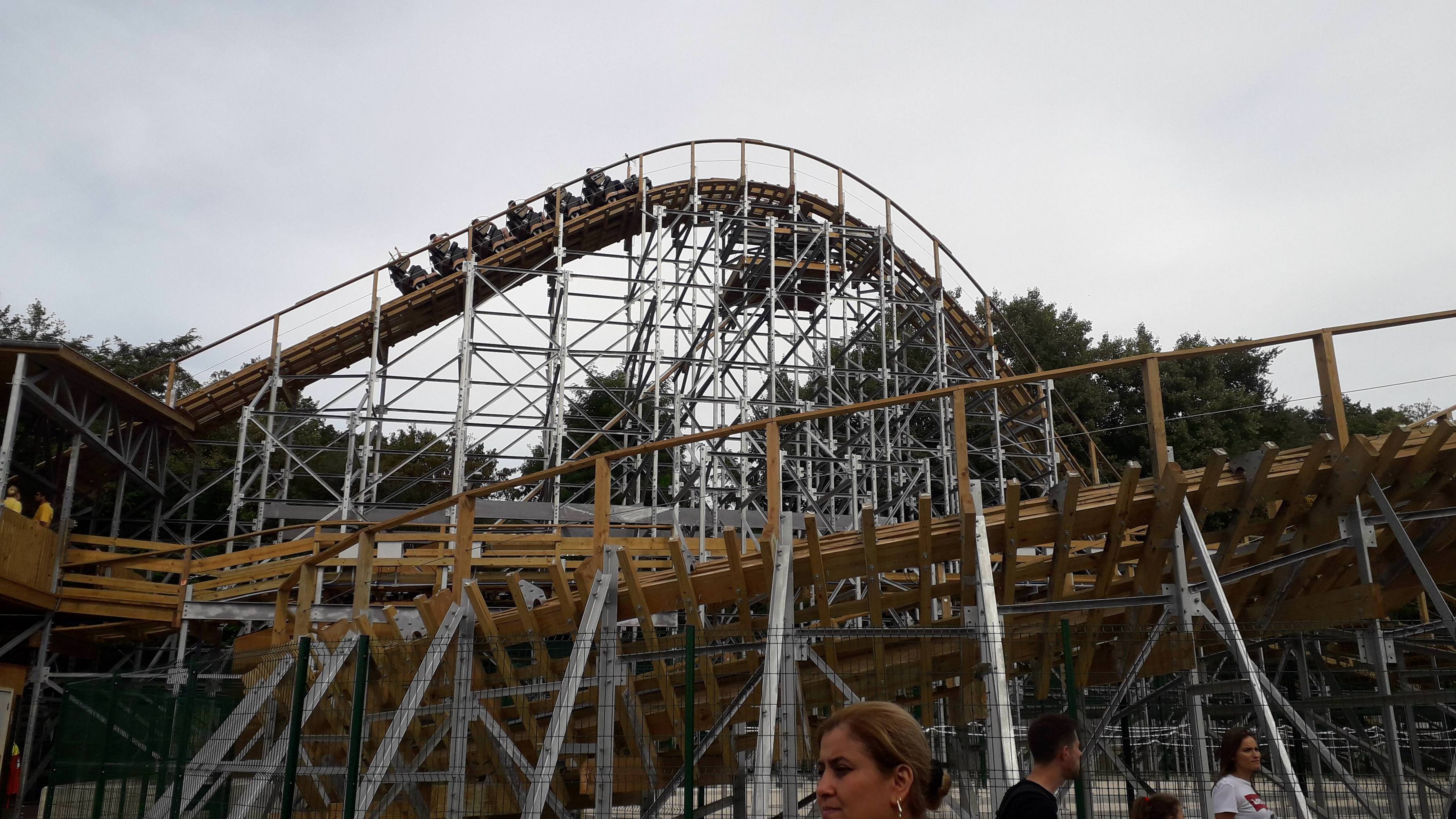 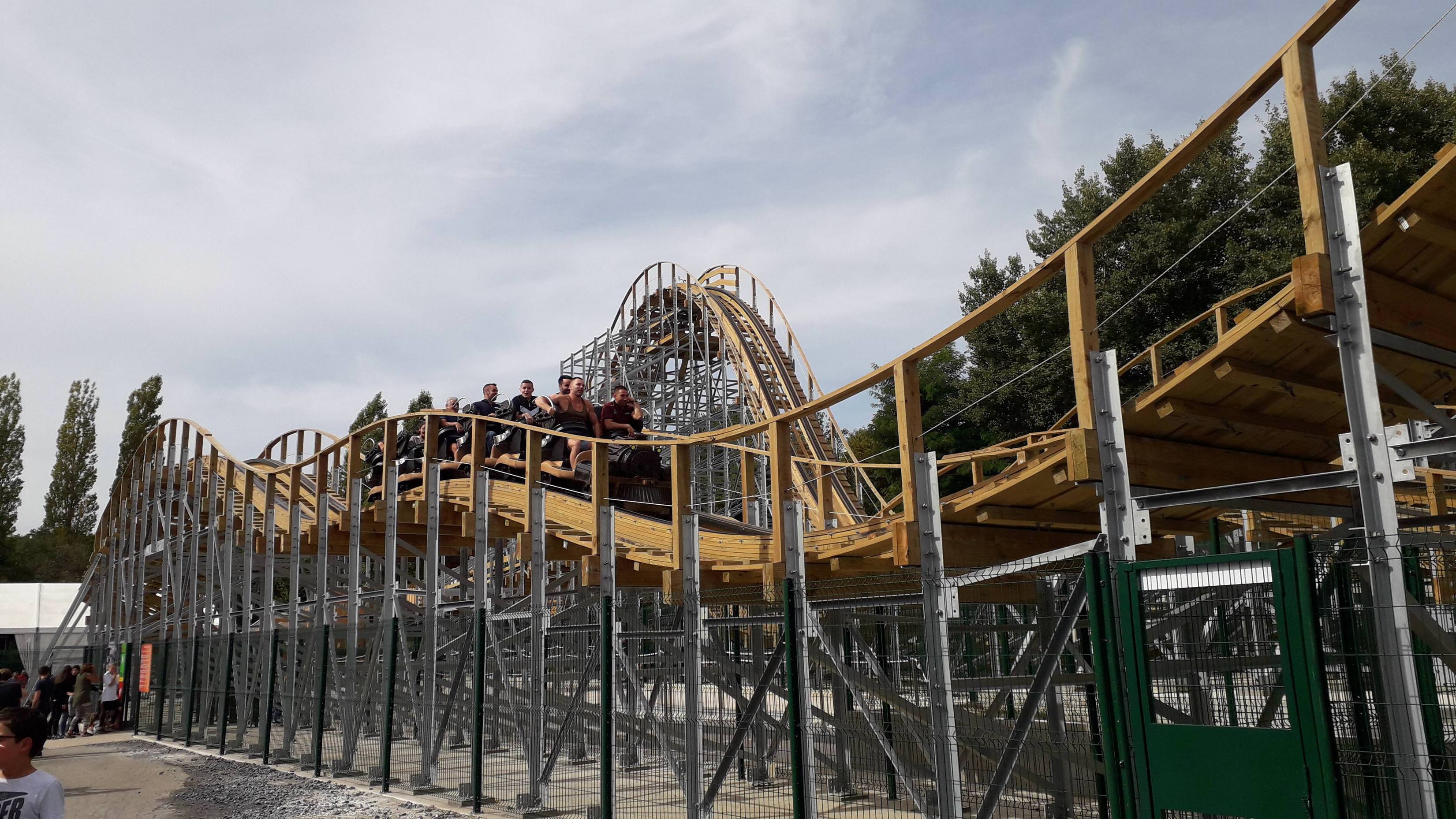 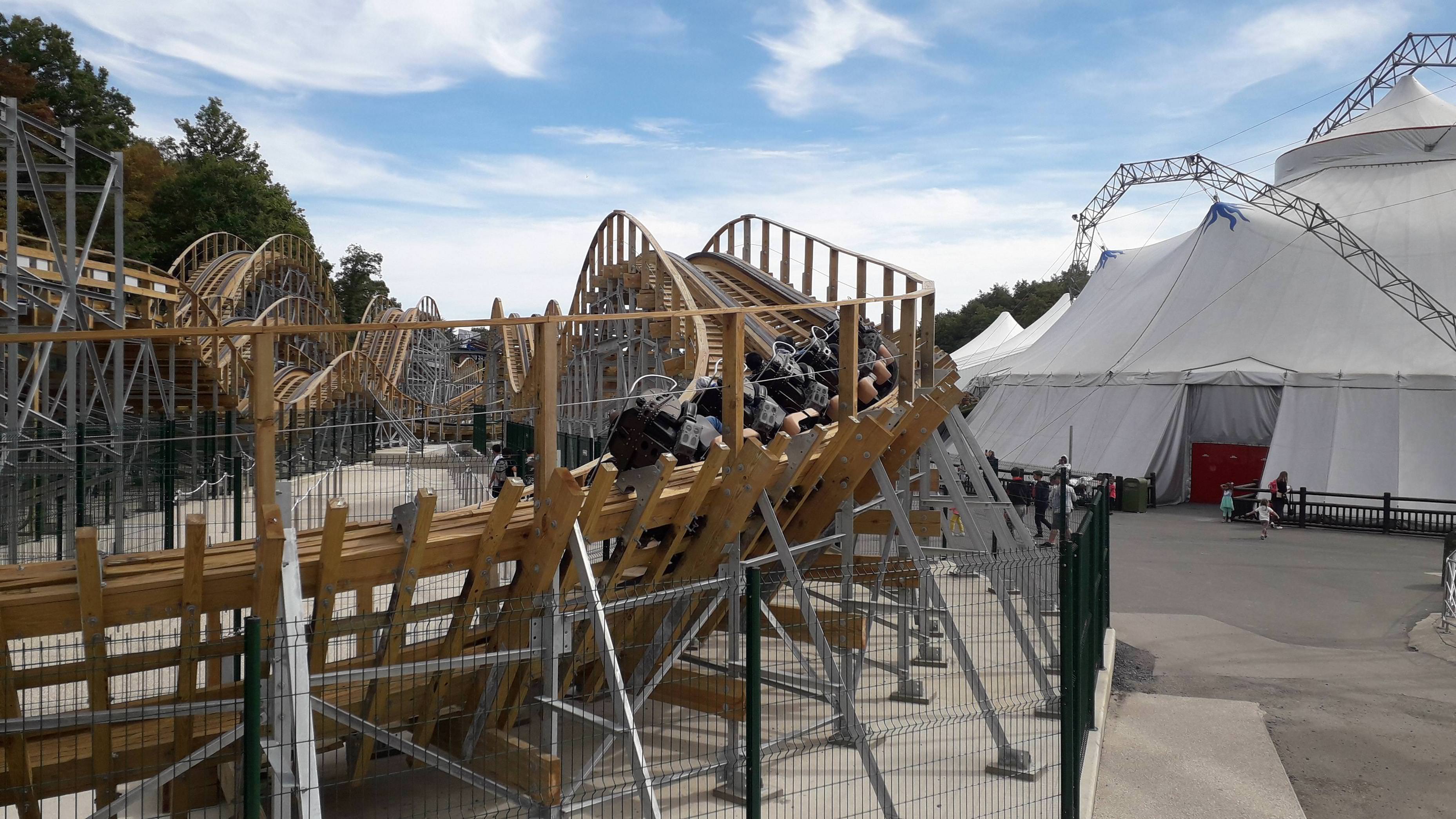 But anyway, moving on to the main draw! 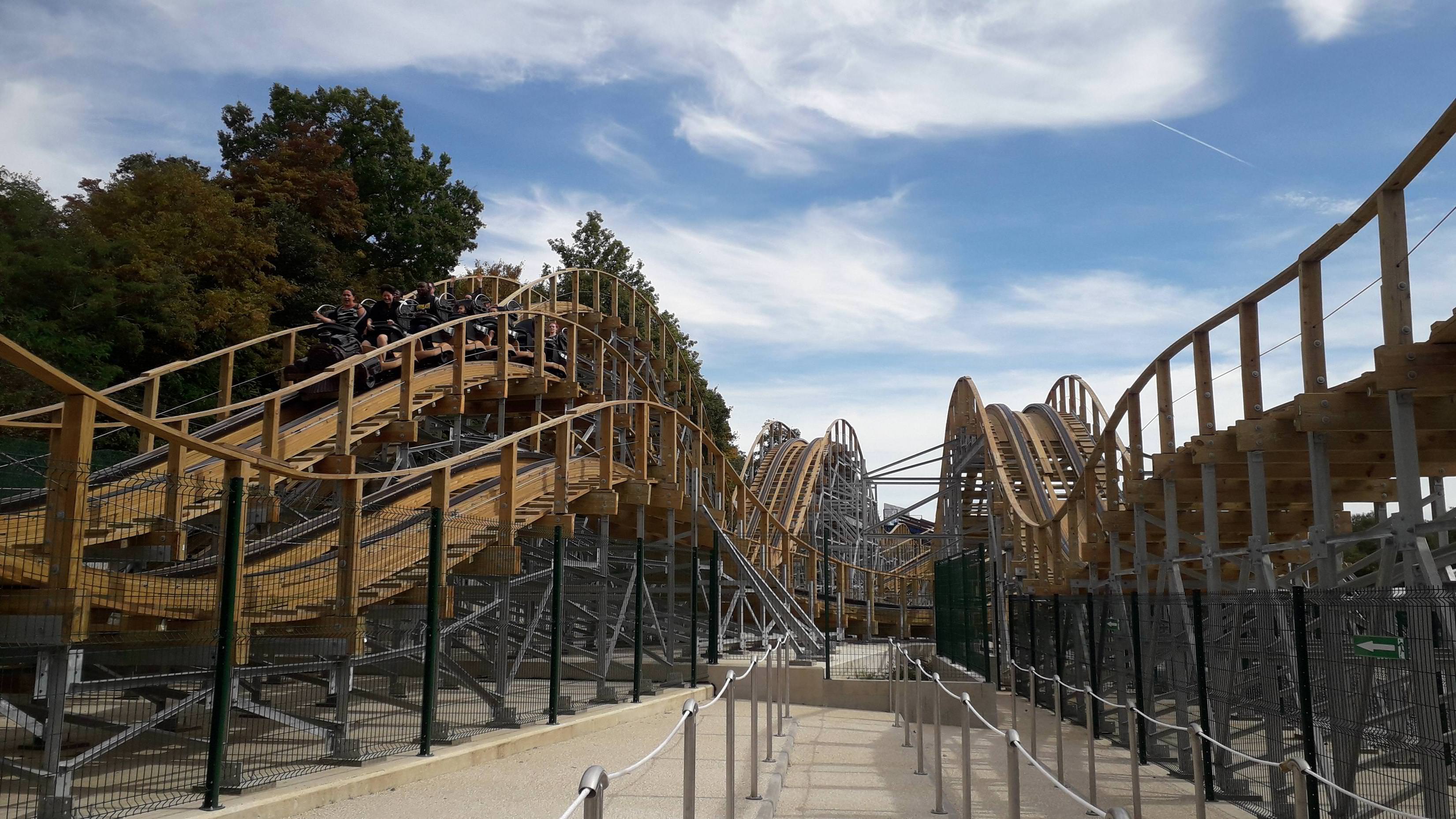 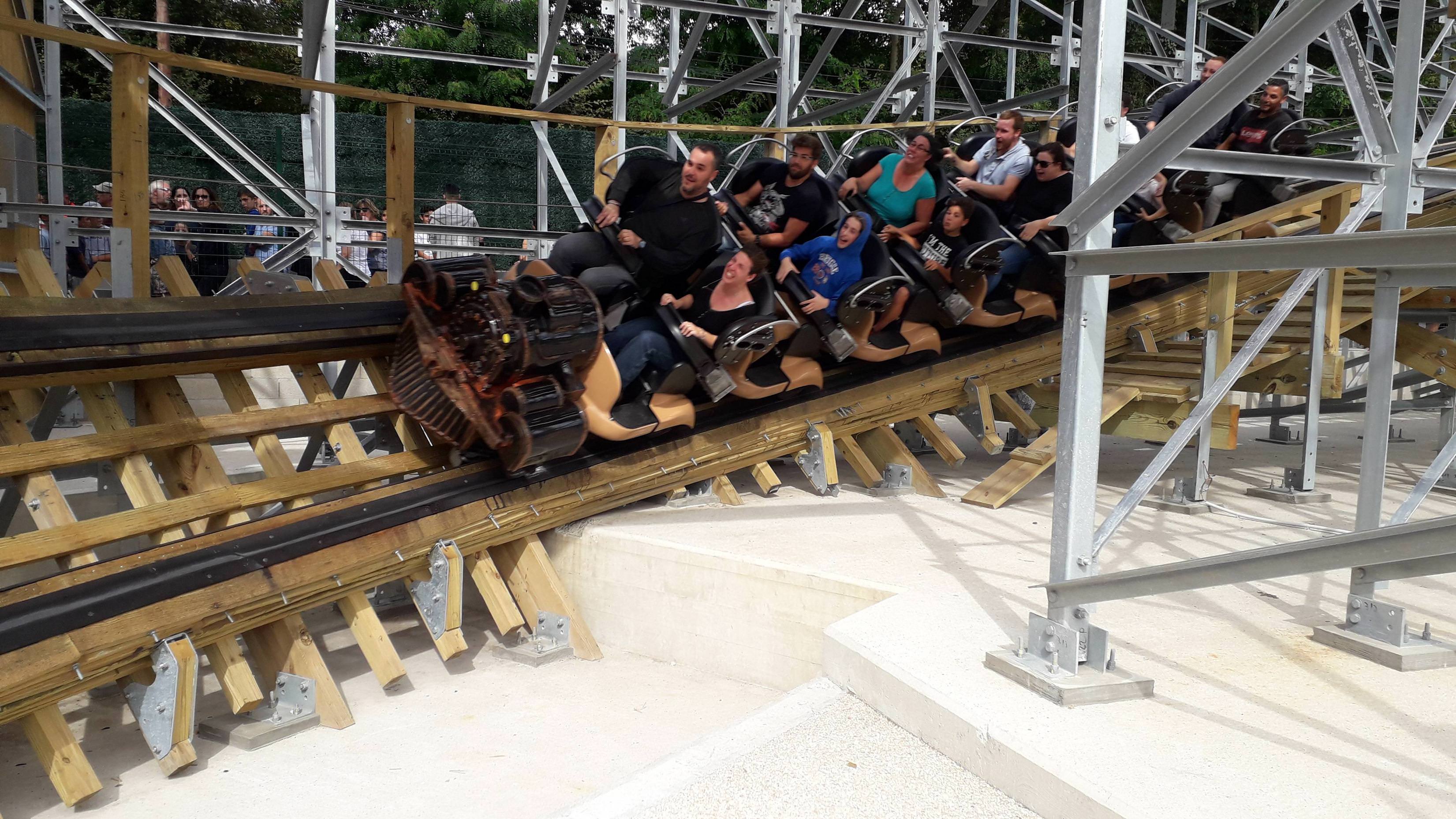 Wood Express is really fun! There are so many little pops of ejector air taken at a good speed thoughout the layout. It doesn't provide much if any laterals at all unlike its older French cousin Timber at Walibi Rhône-Alpes, but I found the Parc Saint Paul woodie to be smoother. Also, the second hop on the double down midway through is remarkably strong! Like all other hills the airtime is very short, but it is definitely felt there in particular.

Parc Saint Paul clearly made a very clever move buying Wood Express. It's a lovely ride for the whole family, but thrillseekers will certainly enjoy the fun, airtime-filled experience. I'm very pleased to see another nice new ride in France, we're truly in a good phase after years of frustrating stagnation 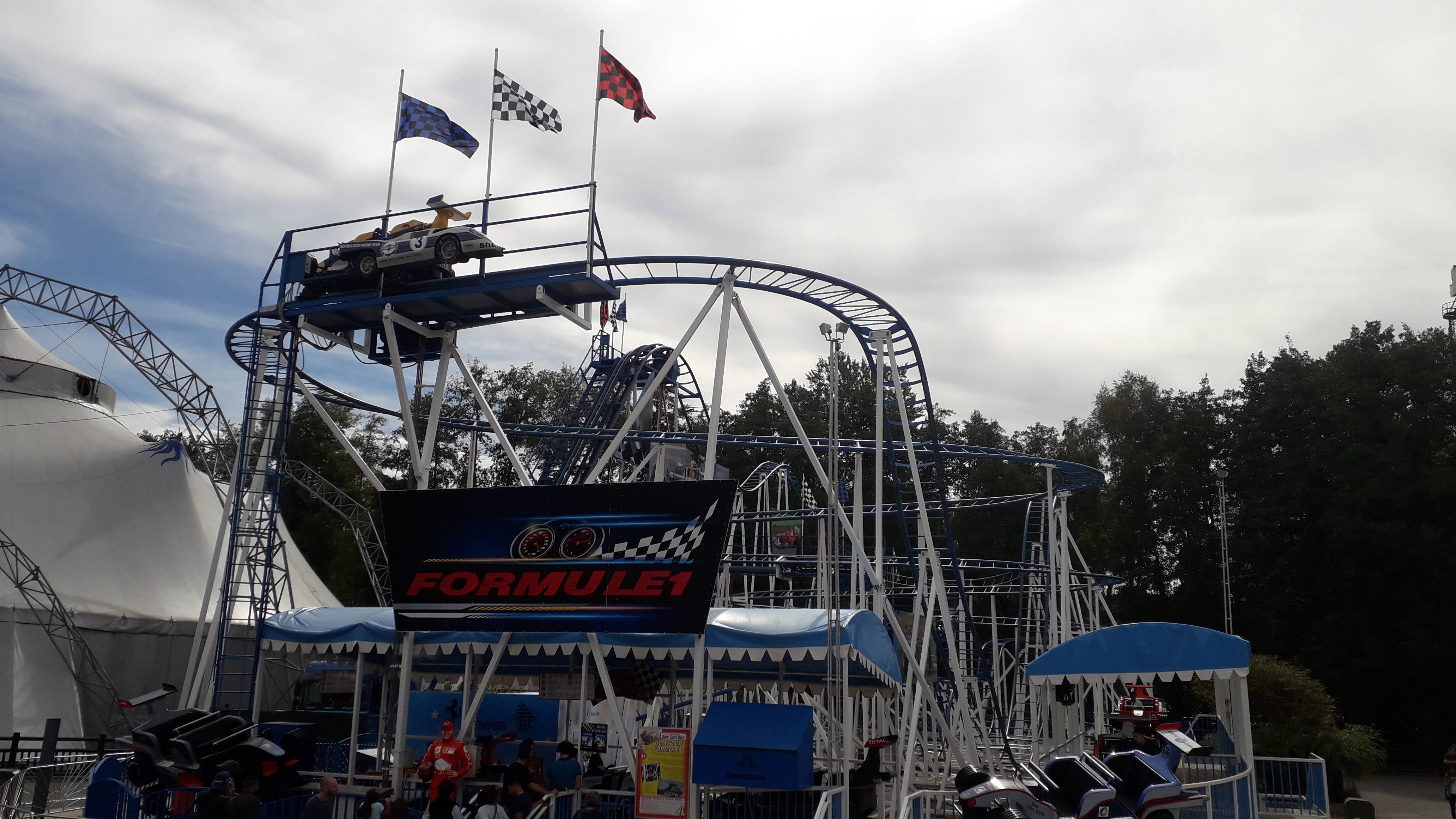 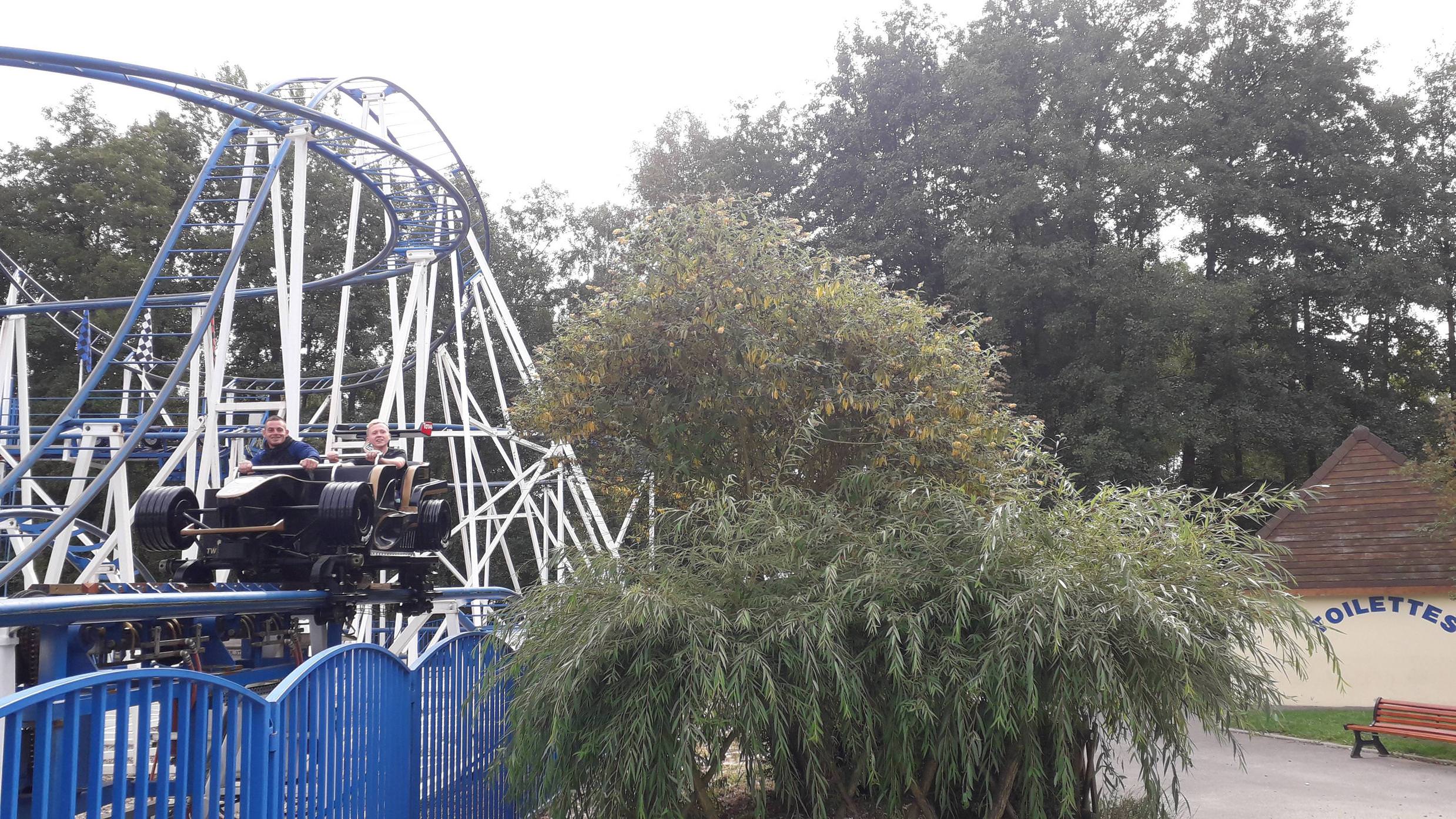 Next door is Formula 1, my first Pax coaster
The Russian manufacturer has a reputation for making wonky rides, and this one surely has its share of weird transitions! Tbh, I didn't find F1 to be really rough. It has quite intense moments, especially the main drop which is quite sudden. The bad banking and above all horrible restraints prevent me from truly enjoying this however. Still something very unique and worth trying at least once though! 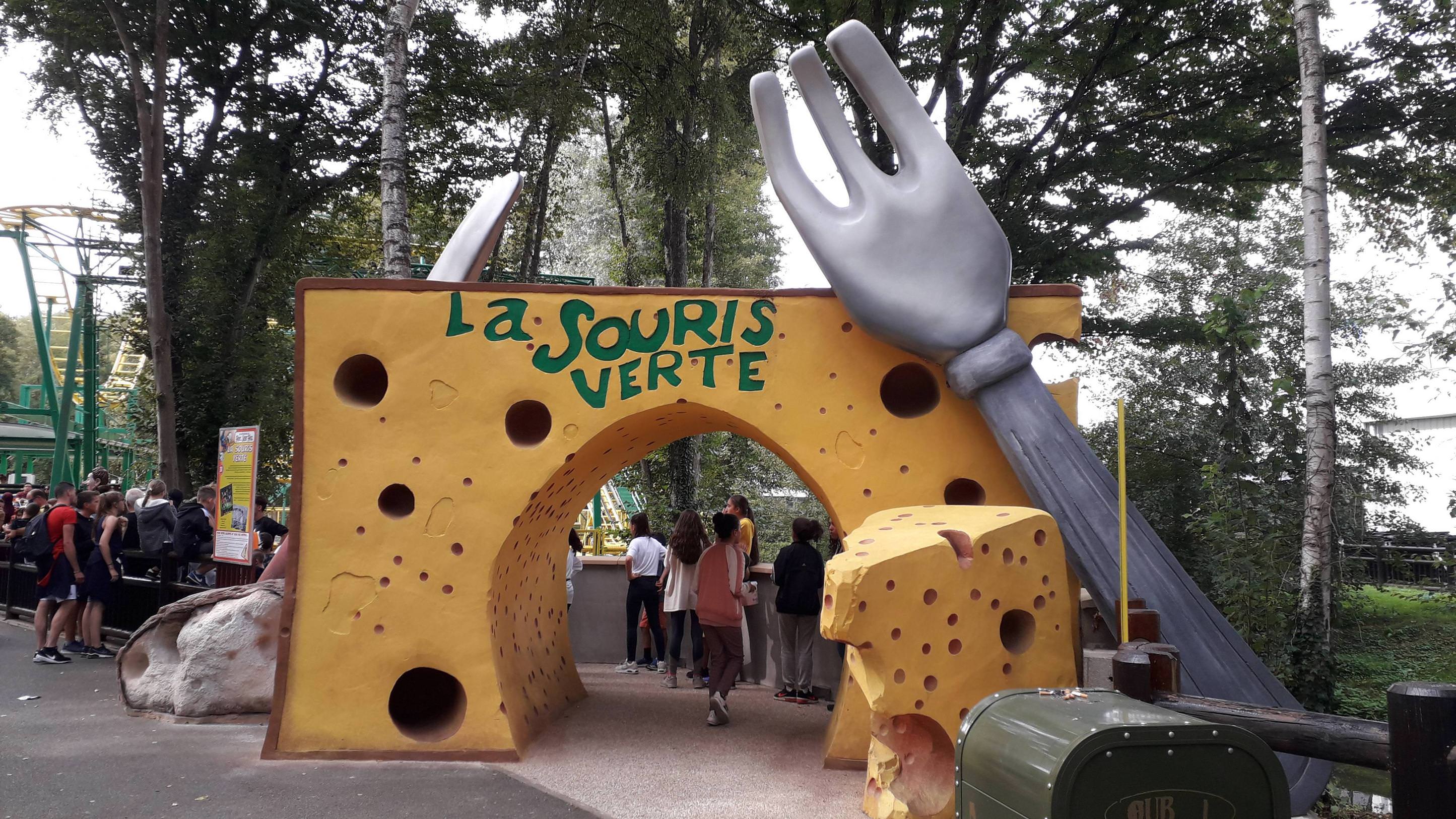 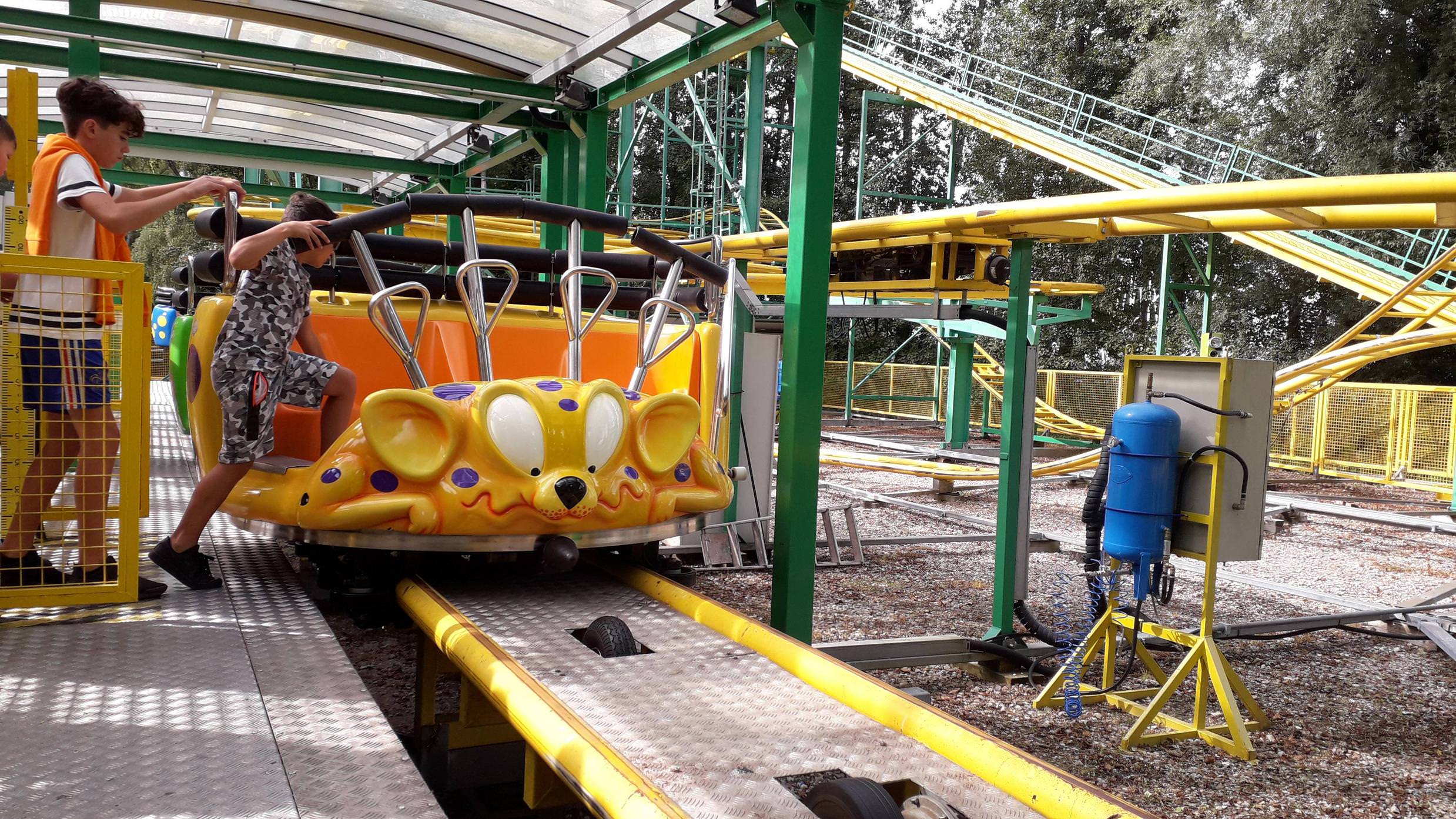 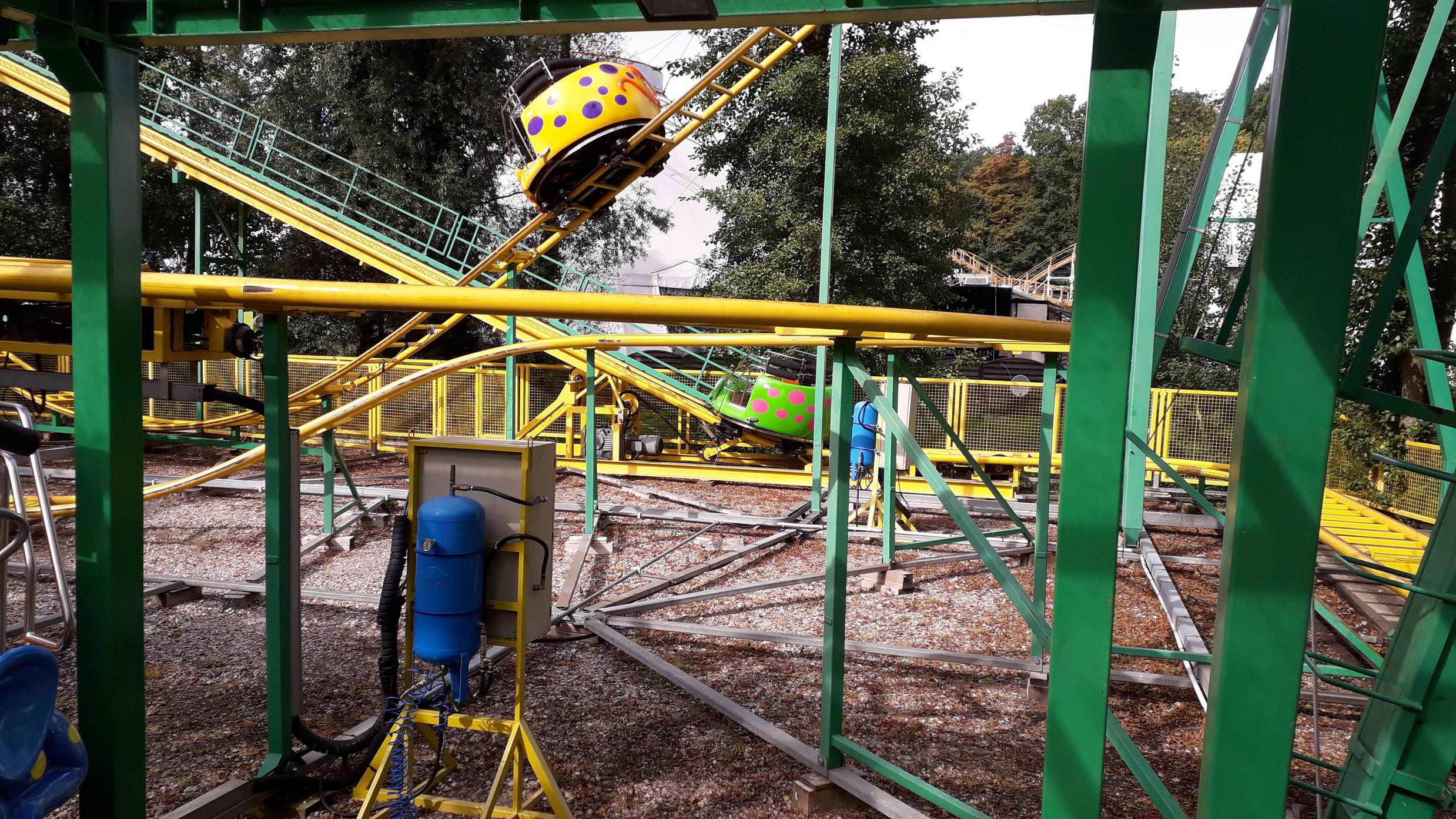 Ending the cred with another fairground-ish coaster. Une Souris Verte is your typical Zamperla spinning wild mouse. After trying the horrible SBF equivalent (with OTSR...) this one feels like a relief. It's still a very mundane experience. 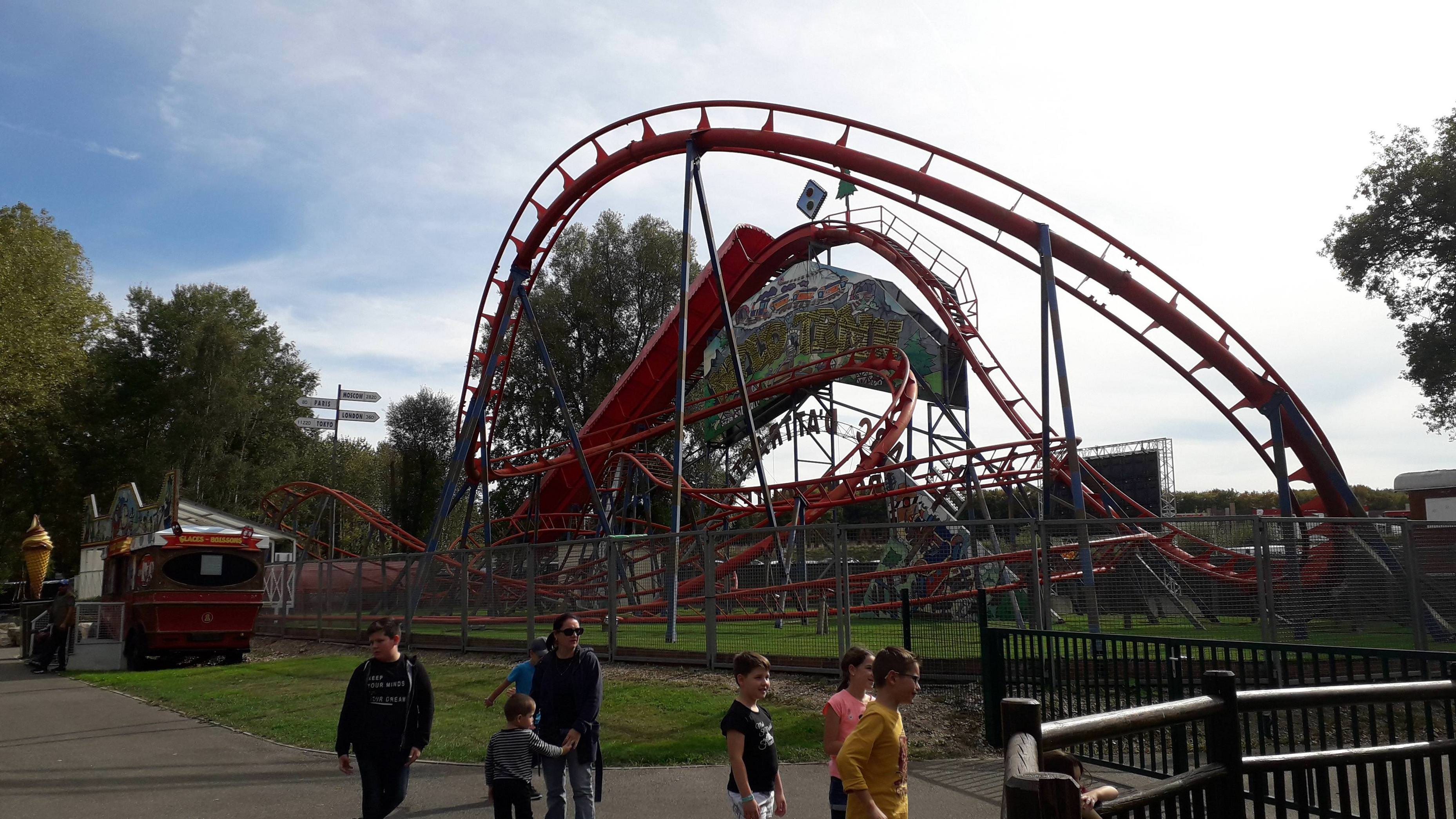 But wait, isn't there another cred here? That's correct, but Wild Train is SBNO for the year. Shame as it was reportedly the better Pax of the two at Parc Saint Paul. Oh well... Make of that what you will 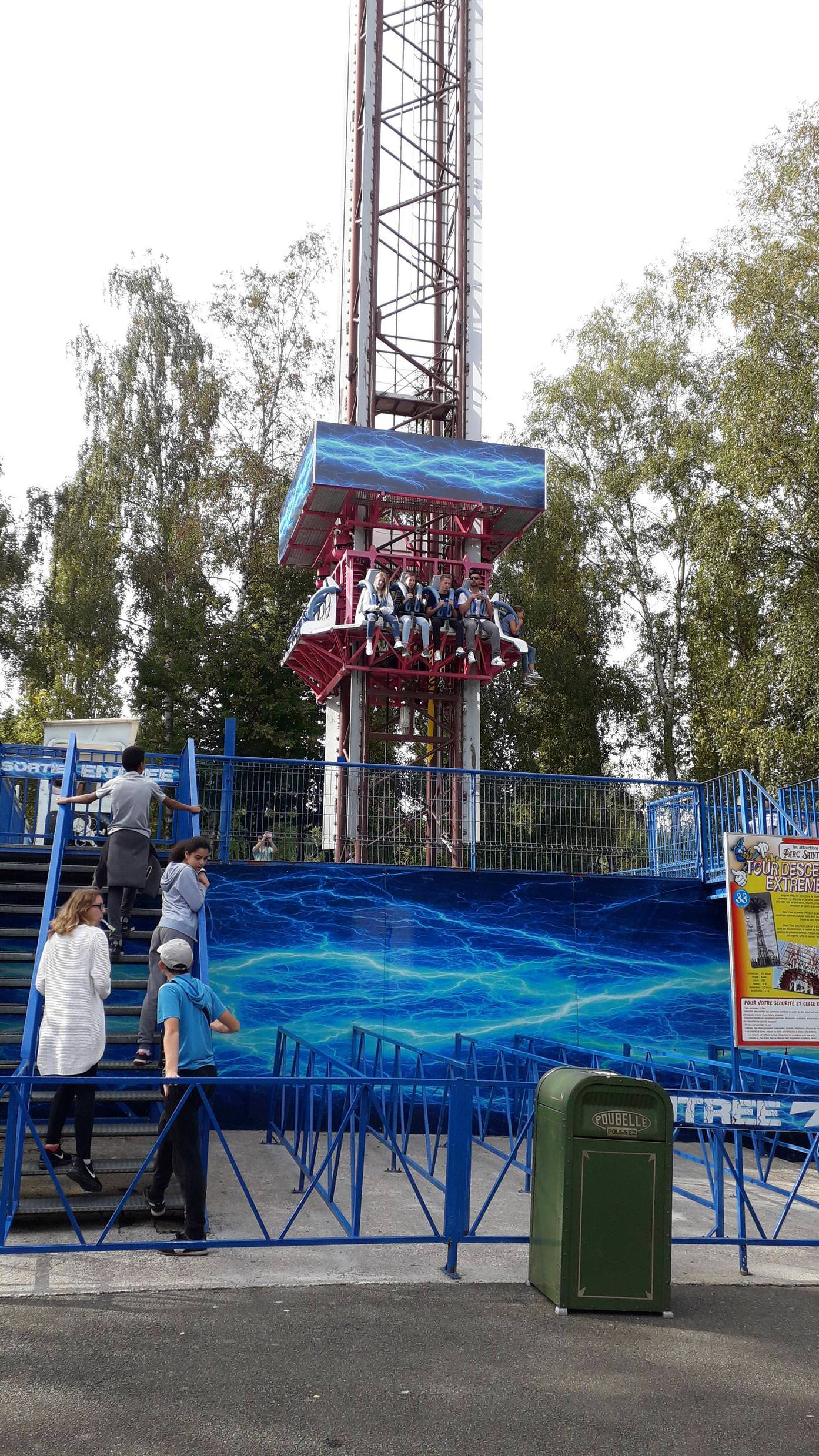 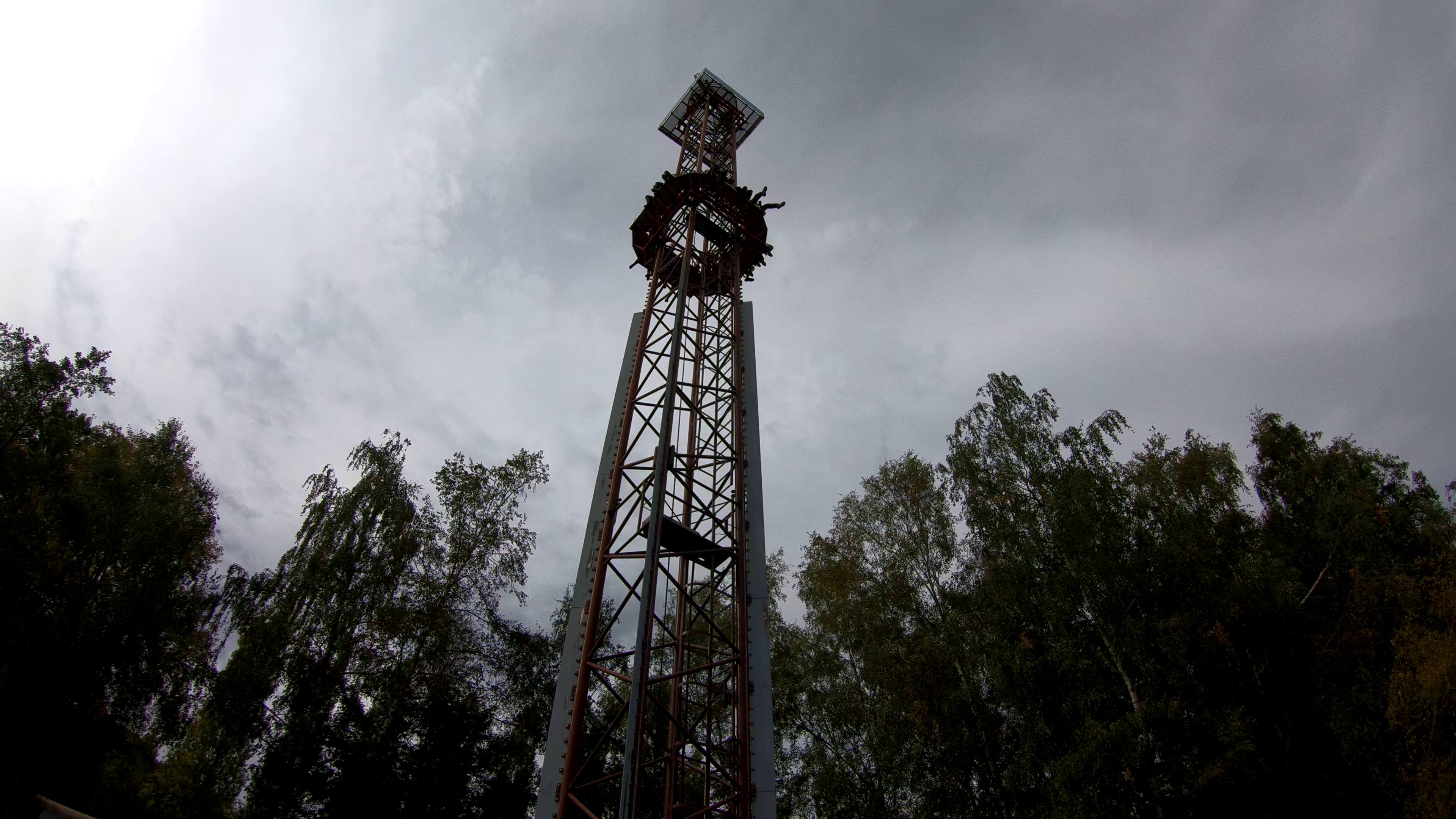 Tried the drop tower. The ascend to the top is actually, really, really slow! The ride's not very tall, but the drop itself is decent I guess. 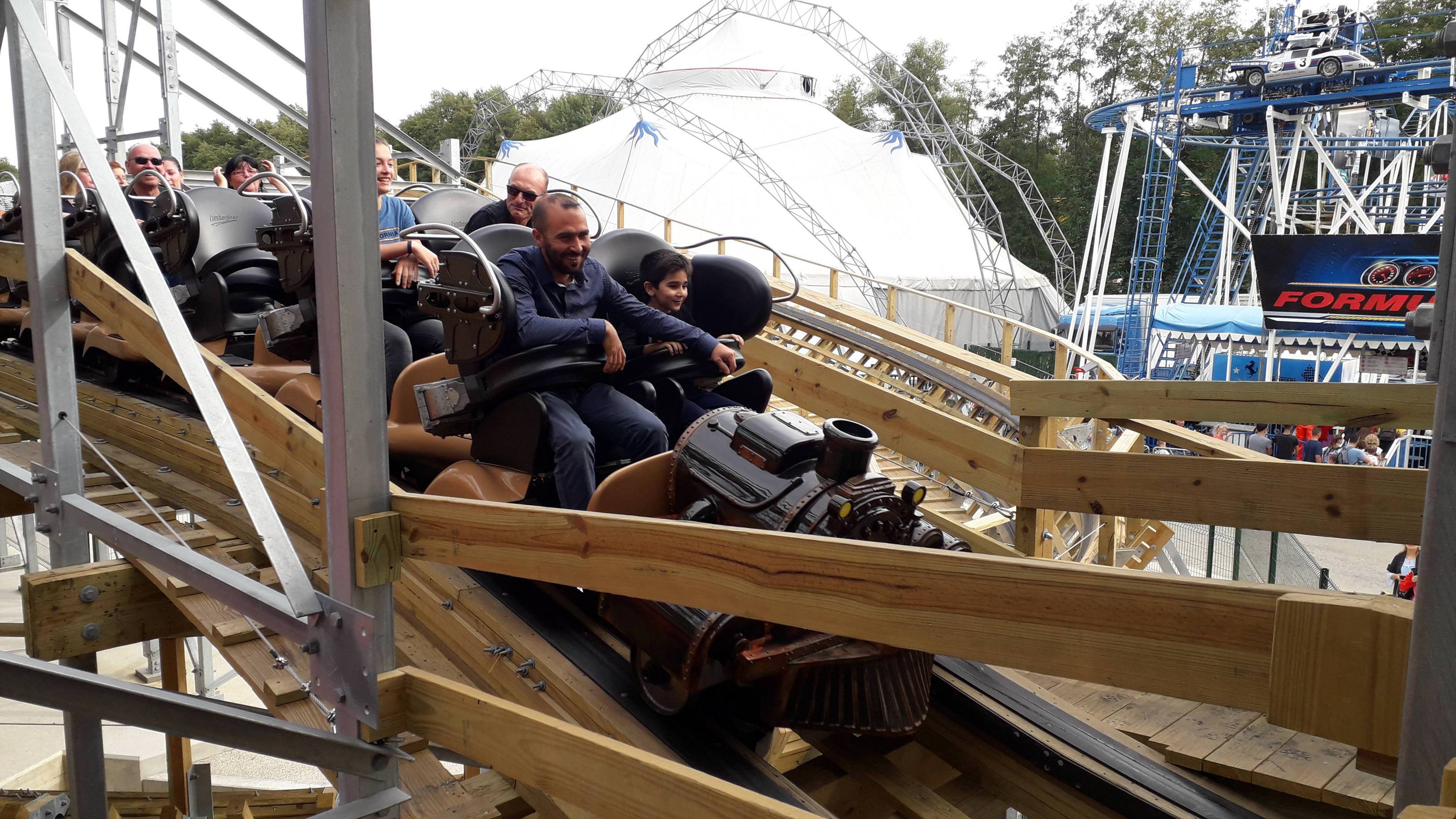 With all the main trill rides ticked off, it's time for some re-rides on Wood Express! Luckily the line, which went up to 30 minutes before, ended up shortening to a 5 to 10 minutes wait at the end of the day. Kudos to the good ride employees who kept the ride running and often tried their best to fill up empty seats

Ended up with 11 rides on Wood Express eventually - and it was consistently fun! I found the front row better, but the difference is very slight anyway. 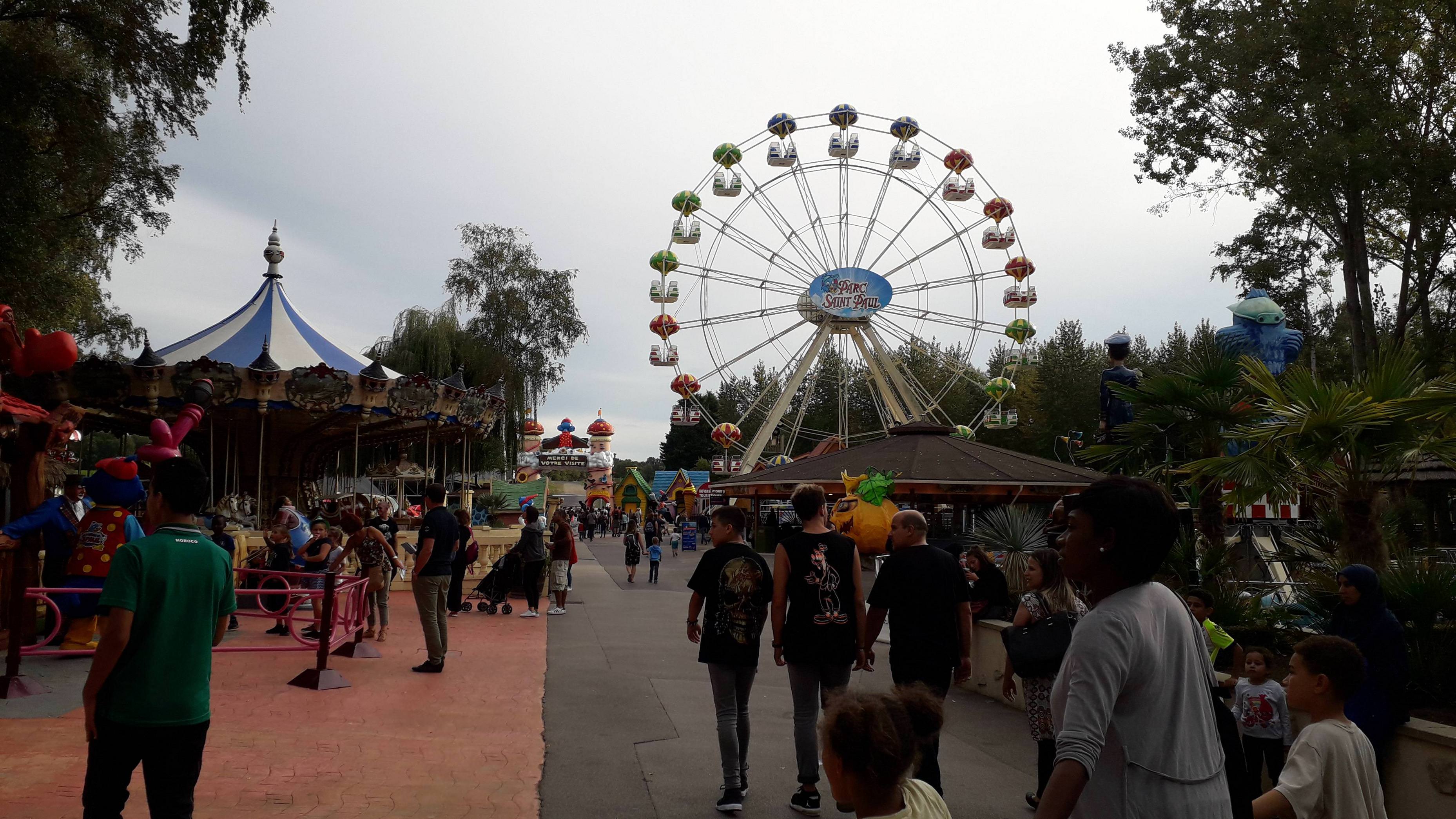 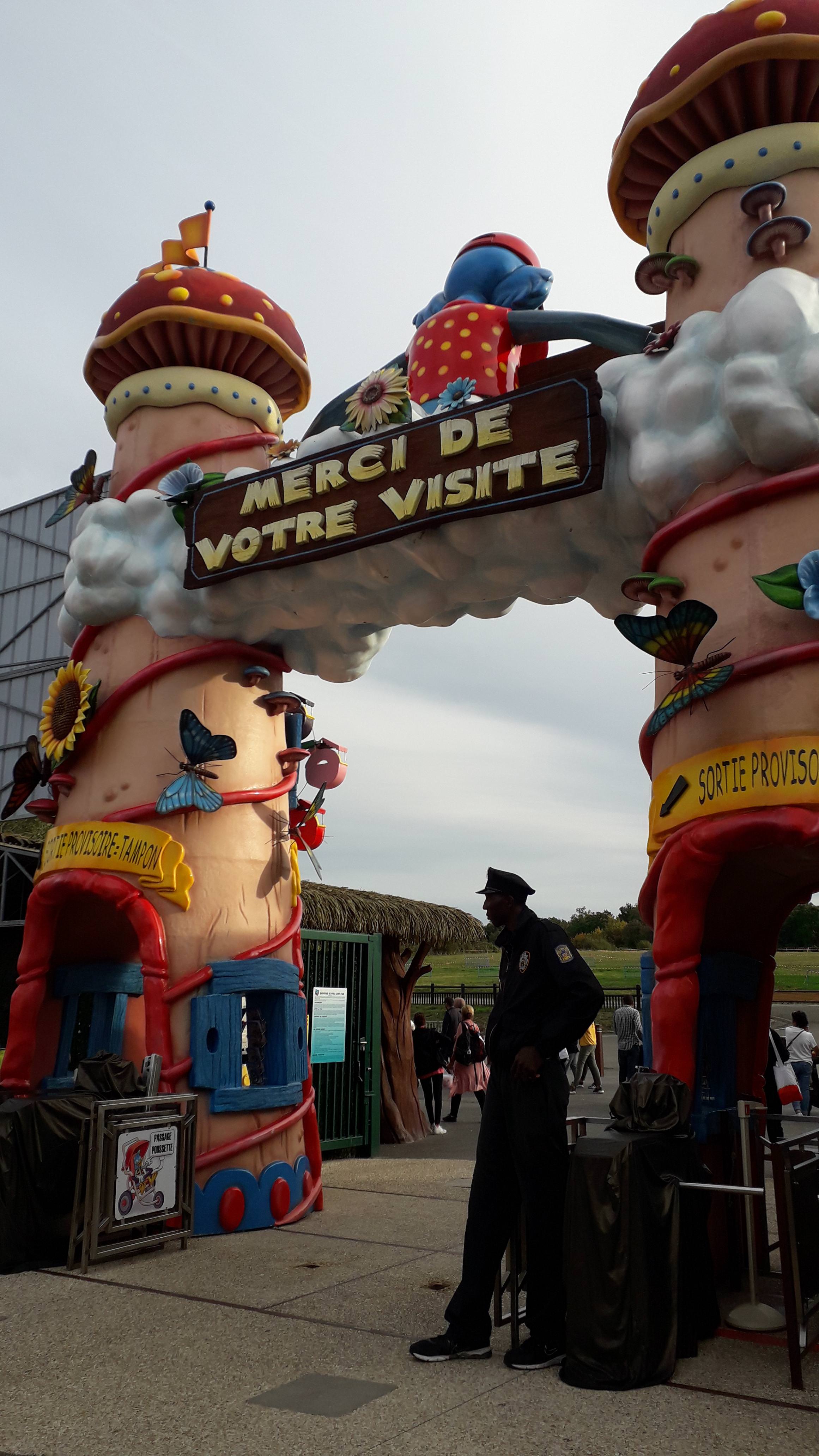 Parc Saint Paul was fun! Obviously it is mostly about Wood Express from my enthousiast perspective, however the rest of the park has decent enough filler to keep me interested for a short day. The employees are friendly, and the place overall has a warm, unpretentious atmosphere. It does lack the charm of other French parks (Le Pal and Nigloland come to mind in particular) and I would not want to revisit any time soon, but the good dynamic of the park has to be acknowledged
Last edited: Sep 18, 2018

Wild Train being closed for the year also made me sad, you'll have to go back for that one day.
What didn't you like about the restraints on Formule? Don't remember them being offensive, and the dodgy banking only adds to the comedy.

I love the stupidly tall security guards at the park, i think they have something crazy like 4 of 10 tallest people in the world working there.

The park is clearly trying to improve, some areas have some pretty substantial themeing (the log flume and the pirate ship spring to mind).

HeartlineCoaster said:
Wild Train being closed for the year also made me sad, you'll have to go back for that one day.
What didn't you like about the restraints on Formule? Don't remember them being offensive, and the dodgy banking only adds to the comedy.
Click to expand...