Hi guys. I finally have something new to show you in Planet Coaster, and while I haven't built an awful lot yet, it's something I'm quite excited about; may I welcome you all to my new exploit in Planet Coaster, Newman's Pleasure Gardens! (and yes, I did just reveal what the N stands for in my username!):

As the letters above imply, this park will utilise a lot of the theming from the Vintage Pack. And to be honest, when compared with Worlds of Globala, this is pretty much the polar opposite type of park. While Worlds of Globala is a massive, themed mega park that's built as if it were being built in 2020, Newman's Pleasure Gardens will be a much smaller-scale park that will utilise the Vintage rides and themes a lot more. This park will be inspired by many of the older, city-centre amusement parks, and it will have lots of more classic rides (e.g. classic wooden roller coasters, old-style flat rides, old-style dark rides etc.). It won't be inherently themed, but I still plan to make it look nice with lots of landscaping and nice lighting & styling. That's not to say that I won't do some more themed rides (for example, I was thinking a ghost train might be a nice addition), and I will still hold myself to high scenery standards, but this park will not be a heavily themed park in the same vein as Worlds of Globala by any means.

I have also used the Scenario Editor in order to give myself significantly less land than I have to play with in Worlds of Globala; I have given myself a 1000ftx1000ft plot of land to play with, which is not very big at all (just under 23 acres). I calculated that the area on offer at Worlds of Globala is approximately 167 acres by comparison, so that park is approximately 7.3 times bigger than this one will be! This park will also be free entry and have a charge per ride, as many of these older amusement parks do. So in summary, this park is pretty much the polar opposite of Worlds of Globala, and while I know you guys seem to like Worlds of Globala on the whole, I wanted to try my hand at something a little different.

So before I waffle on for too long, let me show you what I've built so far. The only thing I've built so far is a path leading up to the entrance of the park. A quirk of customising a plot of land in the Scenario Editor is that it means that if you are building a smaller park, as I'm doing here, you are left with a huge swathe of land outside of the park boundary before you actually reach the park entrance. So instead of just having a bland, empty path leading up to my park's entrance area, I decided to make a garden-style area, with lots of flowers, plants and little bits of vintage theming, to hopefully make for a more interesting experience leading up to entering the park. Here's an overview of what I have built during the day: 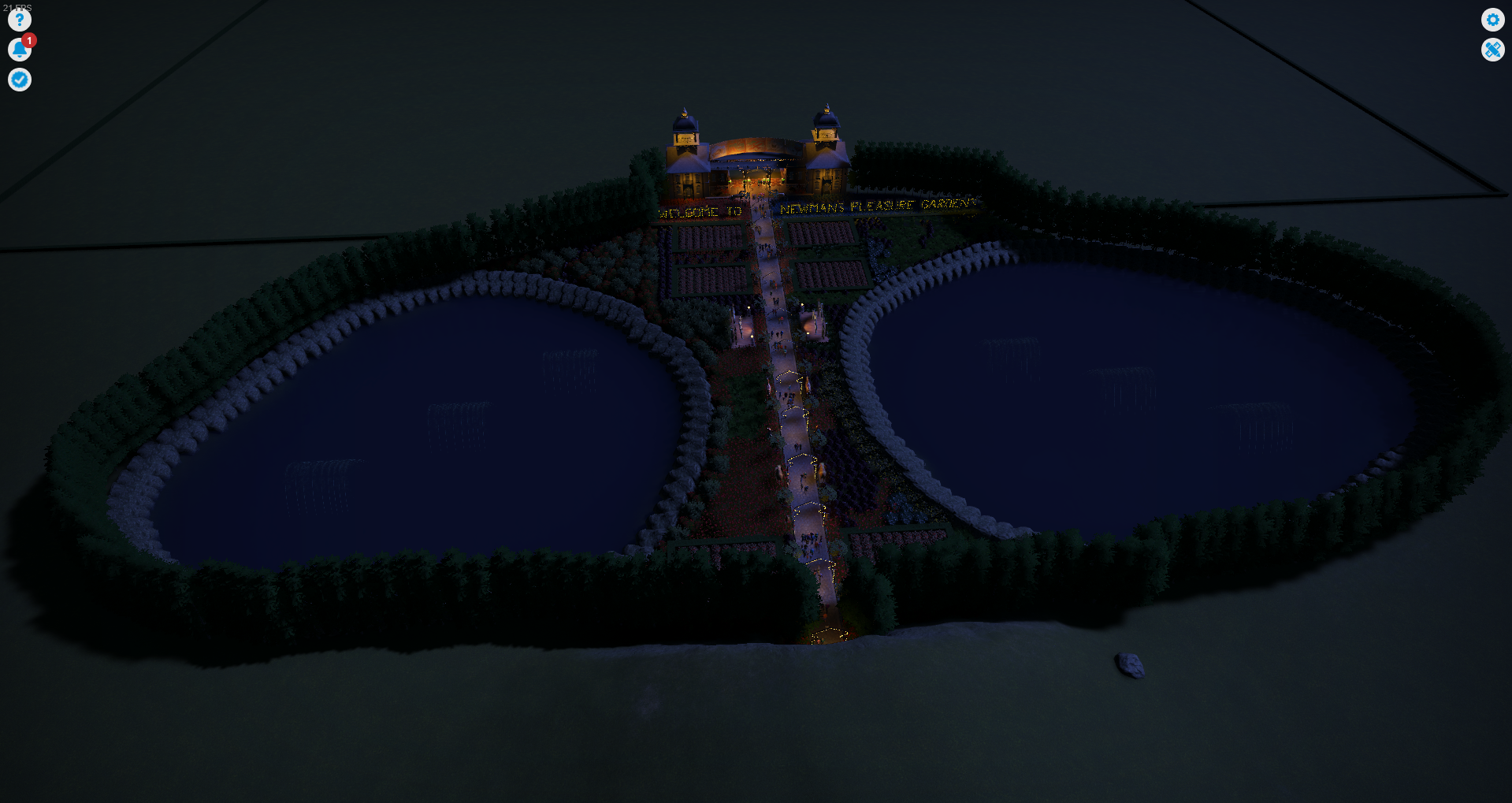 As well as a video overview:
I must confess that I cannot claim credit for the entrance building (that is a fantastic Vintage Entrance blueprint that I found in the Steam Workshop, so I have Frontier to thank for that!), but I did install the planting, letters and other assorted theming along the path, so I have done most of the work here. I hope that what I've shown you so far gives you enough of an insight, and I really hope you like what I've done so far!

So, that's a little preview of my next park project in Planet Coaster; Newman's Pleasure Gardens! I'm sorry I don't have more to show you, but I haven't really had much time on Planet Coaster lately, so this is what I've got so far. I really hope you like what I've done so far, and I hope to bring you some actual stuff within the park itself fairly soon!

Sorry for double posting, but I had something I wanted to ask for you guys’ opinions on.

Because Newman’s Pleasure Gardens will be a pay-per-ride theme park with free entry, I have to think about individual ride pricing, which I have not previously thought about in my other Planet Coaster parks. I’ve come up with a 4-tier pricing system, and I was wondering what you guys’ thoughts on it were:
Do you think this is good value, or should I decrease the prices a little? Or should I do the tiers differently? What are your thoughts?

Staff member
Administrator
Moderator
Social Media Team
I can't speak for the in-game economics of Planet Coaster, but those prices seem reasonable enough for 'real world'. My instinct is to drop the price to £5/£4/£2.50/£1.50, but I have no experience of the game so...

Hixee said:
I can't speak for the in-game economics of Planet Coaster, but those prices seem reasonable enough for 'real world'. My instinct is to drop the price to £5/£4/£2.50/£1.50, but I have no experience of the game so...
Click to expand...

My economics are pretty poor in-game, to be fair; I’ve operated Worlds of Globala, my other park, for 11 or 12 in-game years thus far, and if this were real-world, then I think I would have been kicked off the land before being able to build a single country, as I’m yet to turn anything other than astronomical losses so far!

Right, guys, I can finally unveil some of the first rides at this park! Apologies for the wait; real life kind of got in the way of my Planet Coastering! Anyway, without further ado, let me show off what I've built in the Southwest Corner of the park! (This park doesn't really have themed areas as such, so I'm merely naming each sub-area in terms of its geographical location within the park.) 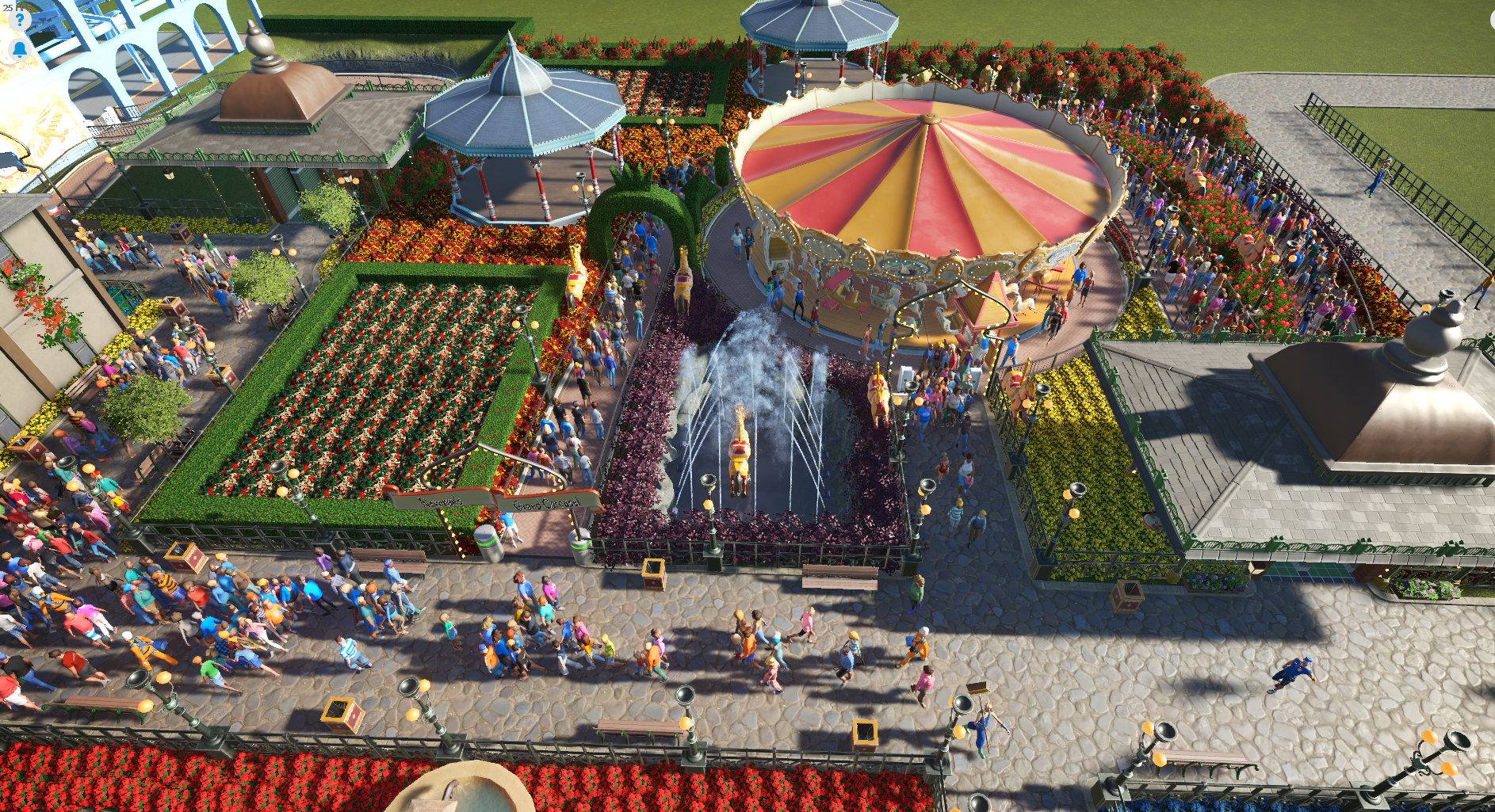 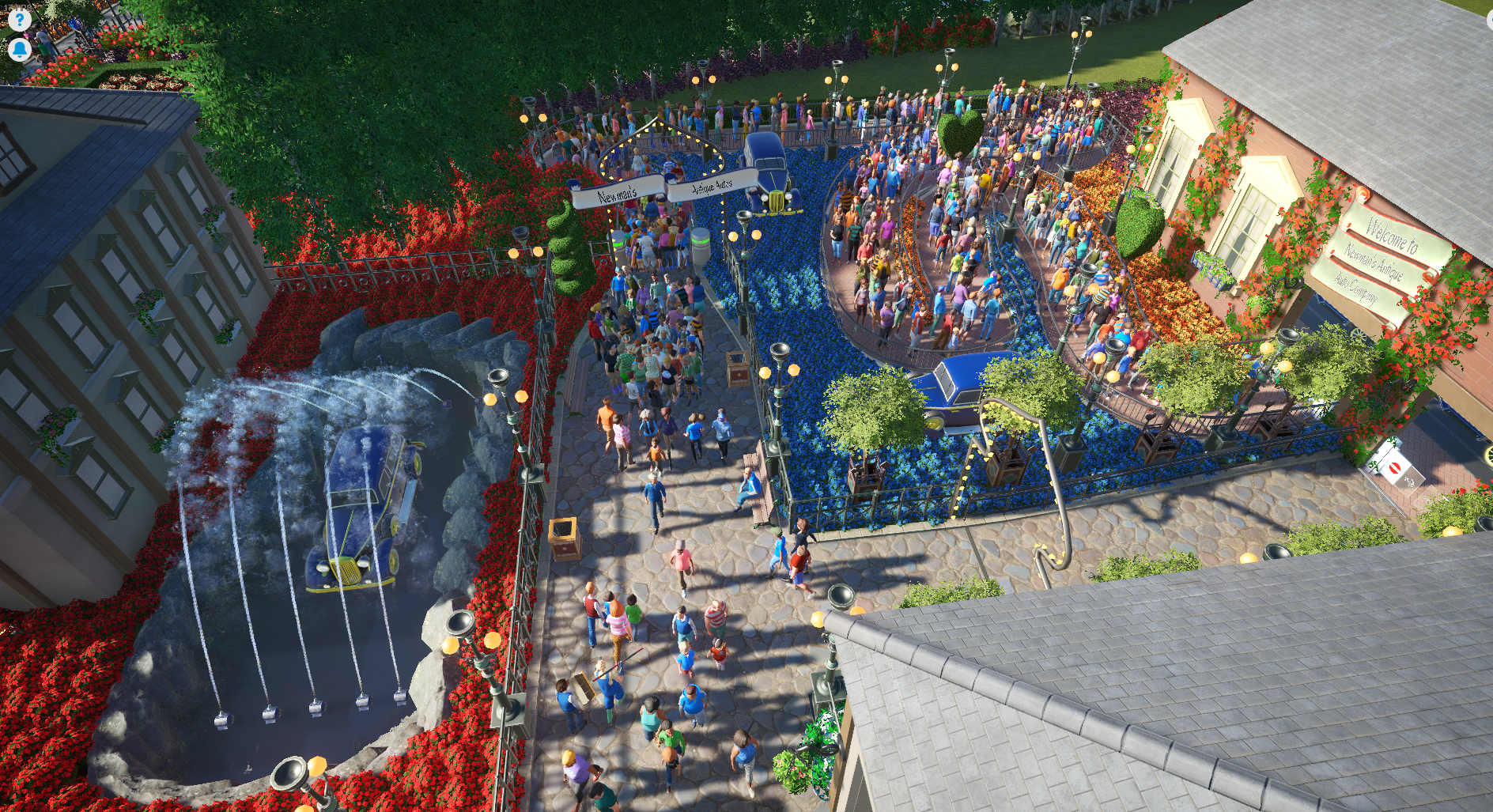 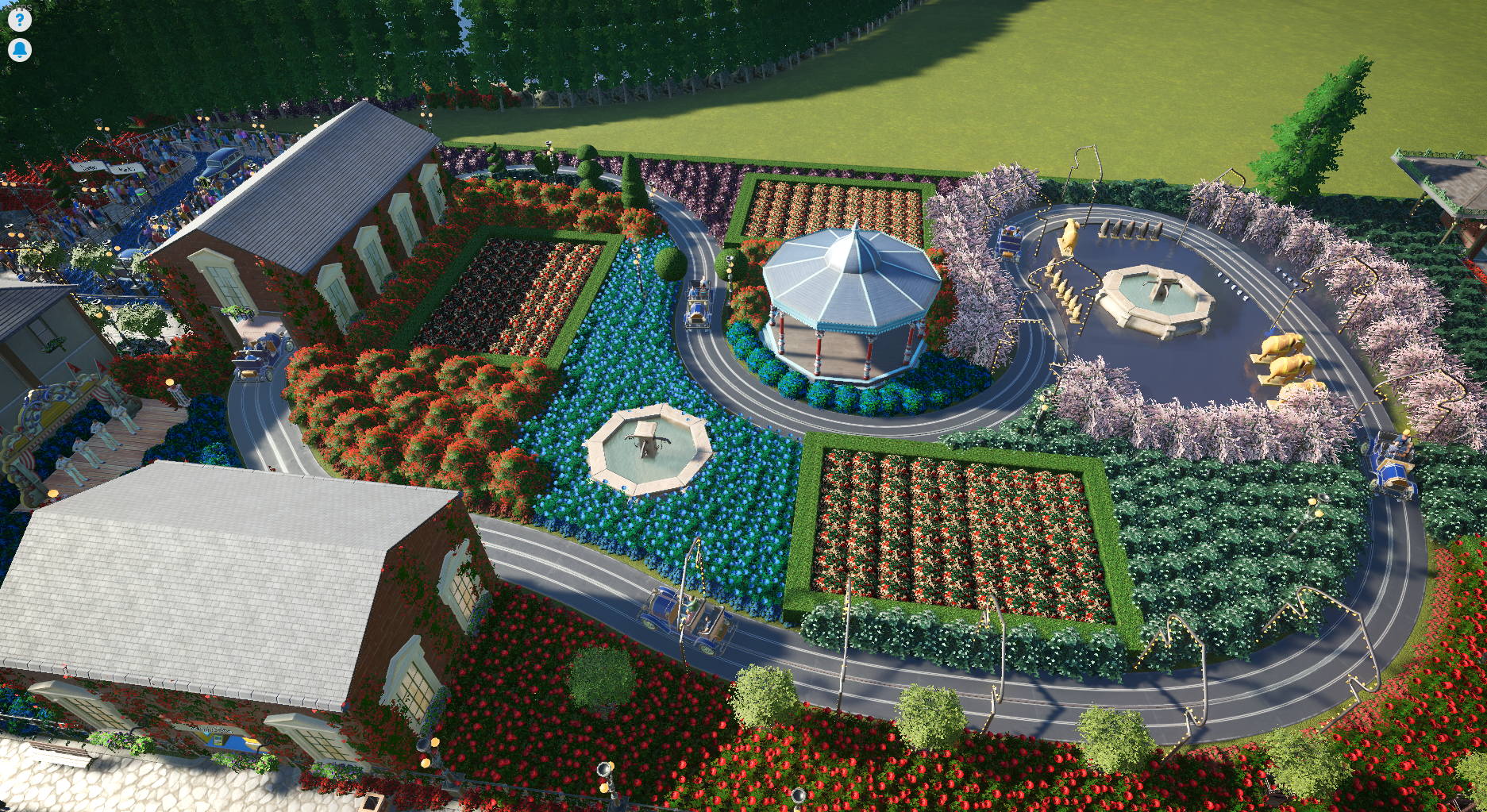 I also filmed a POV: 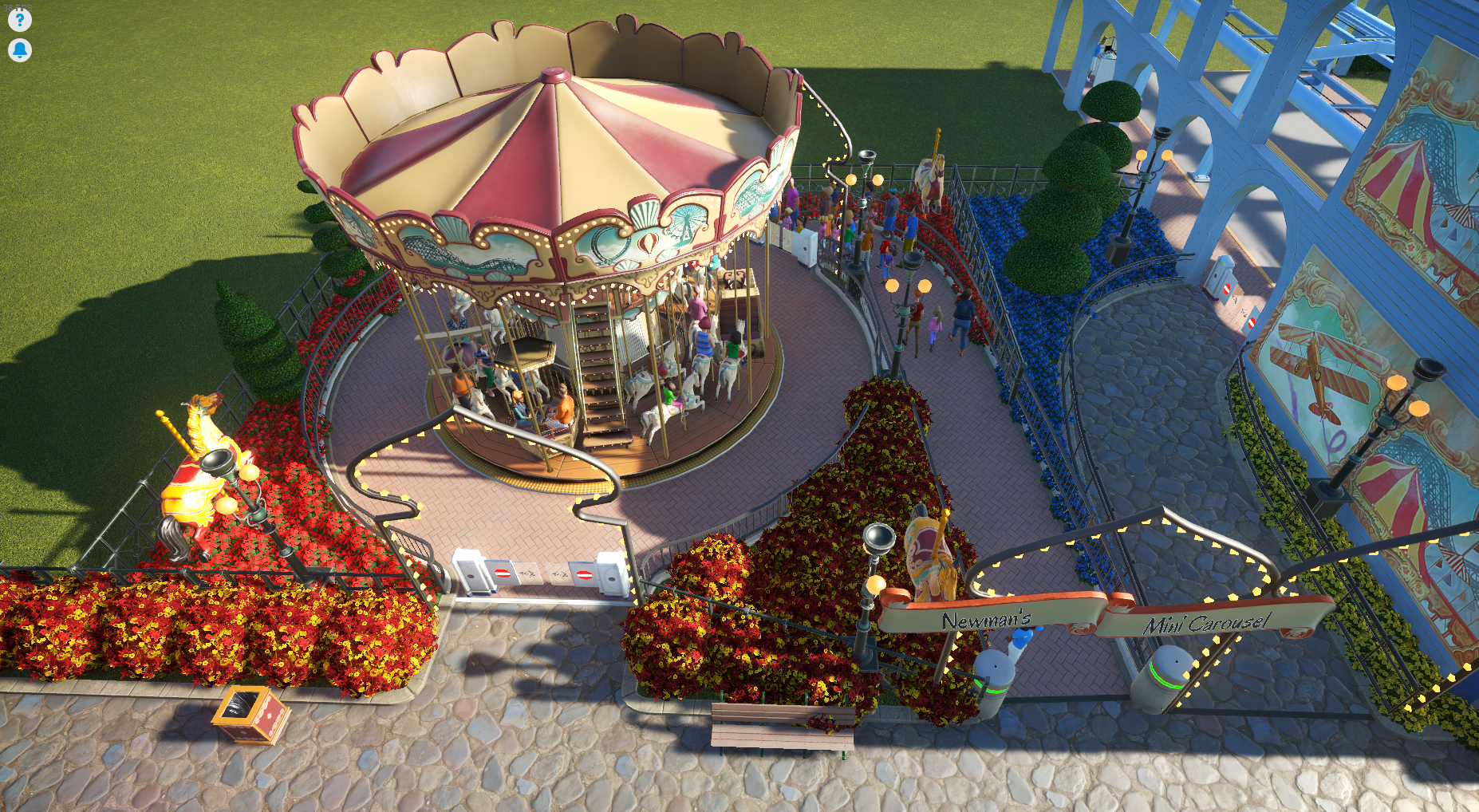 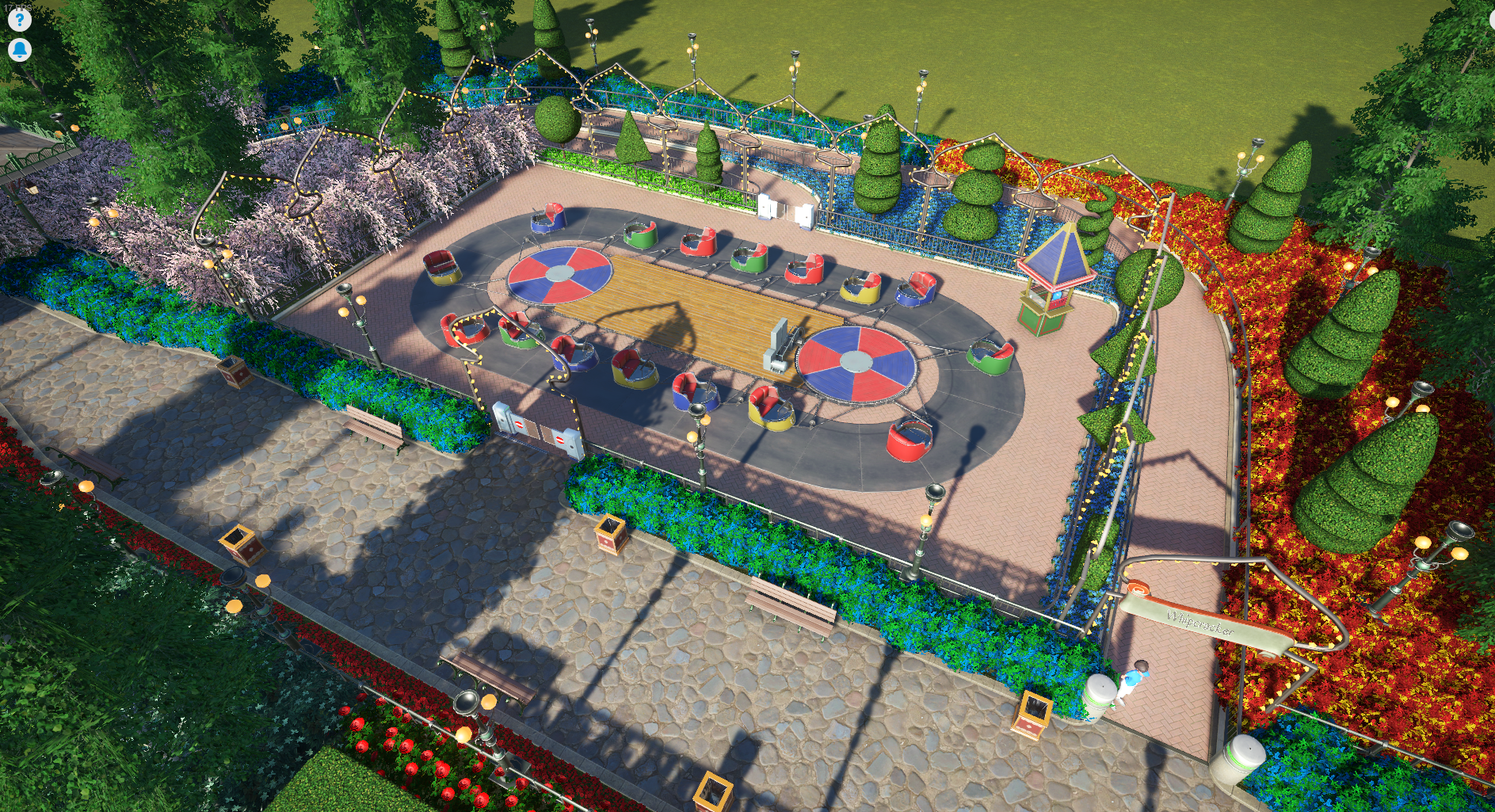 In terms of other things in this area of the park, I also built a restaurant called The Secret Grove, and the area will also play host to the southern station of the Skyride, a chairlift attraction that I will build to the northern end of the park once I've built up there. However, I haven't quite finished the Skyride station yet, so I'll show that off once I've completed the ride up to the northern end of the park.

Finally, here's some overview shots of the area at daytime and at nighttime, respectively: 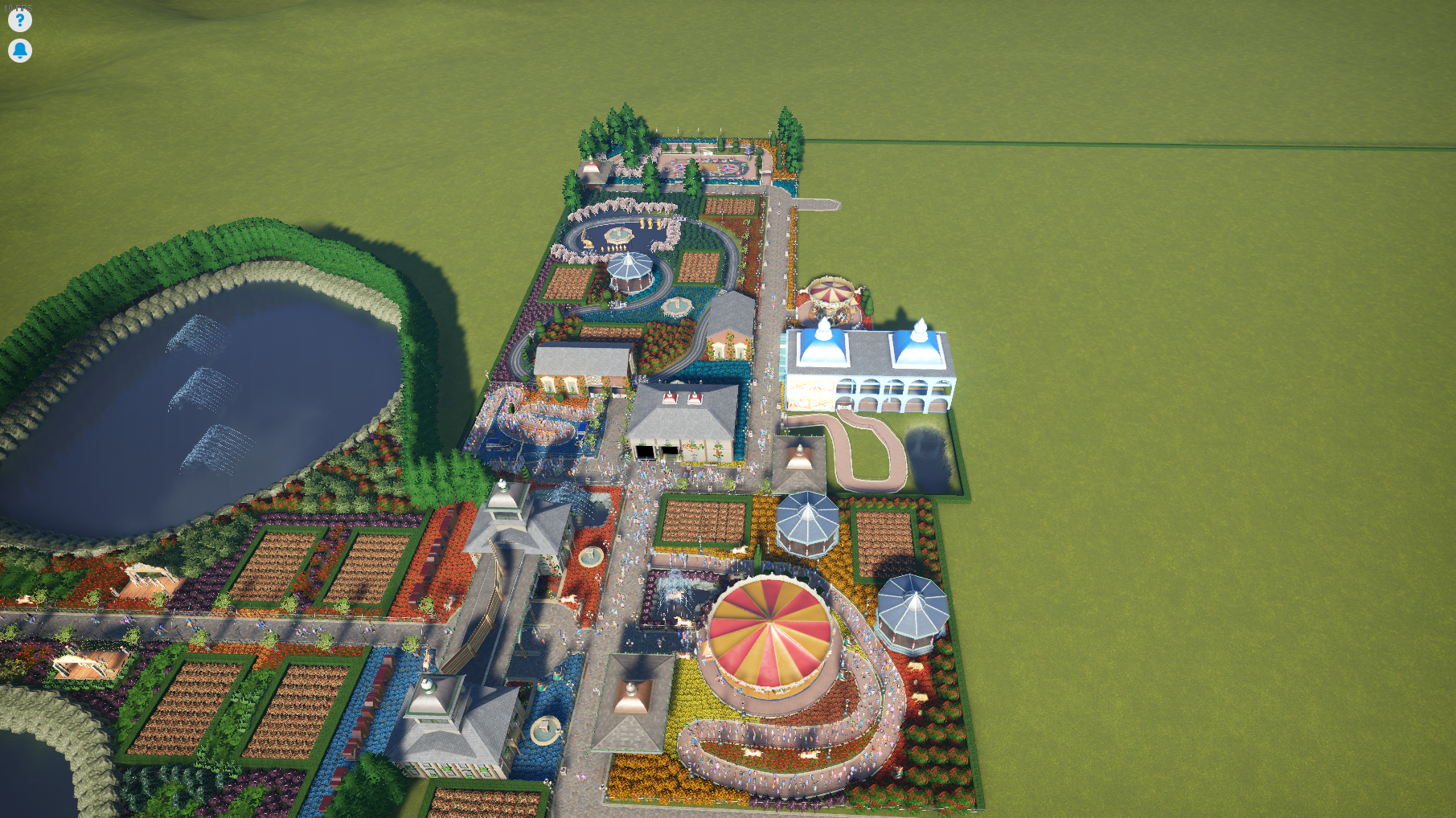 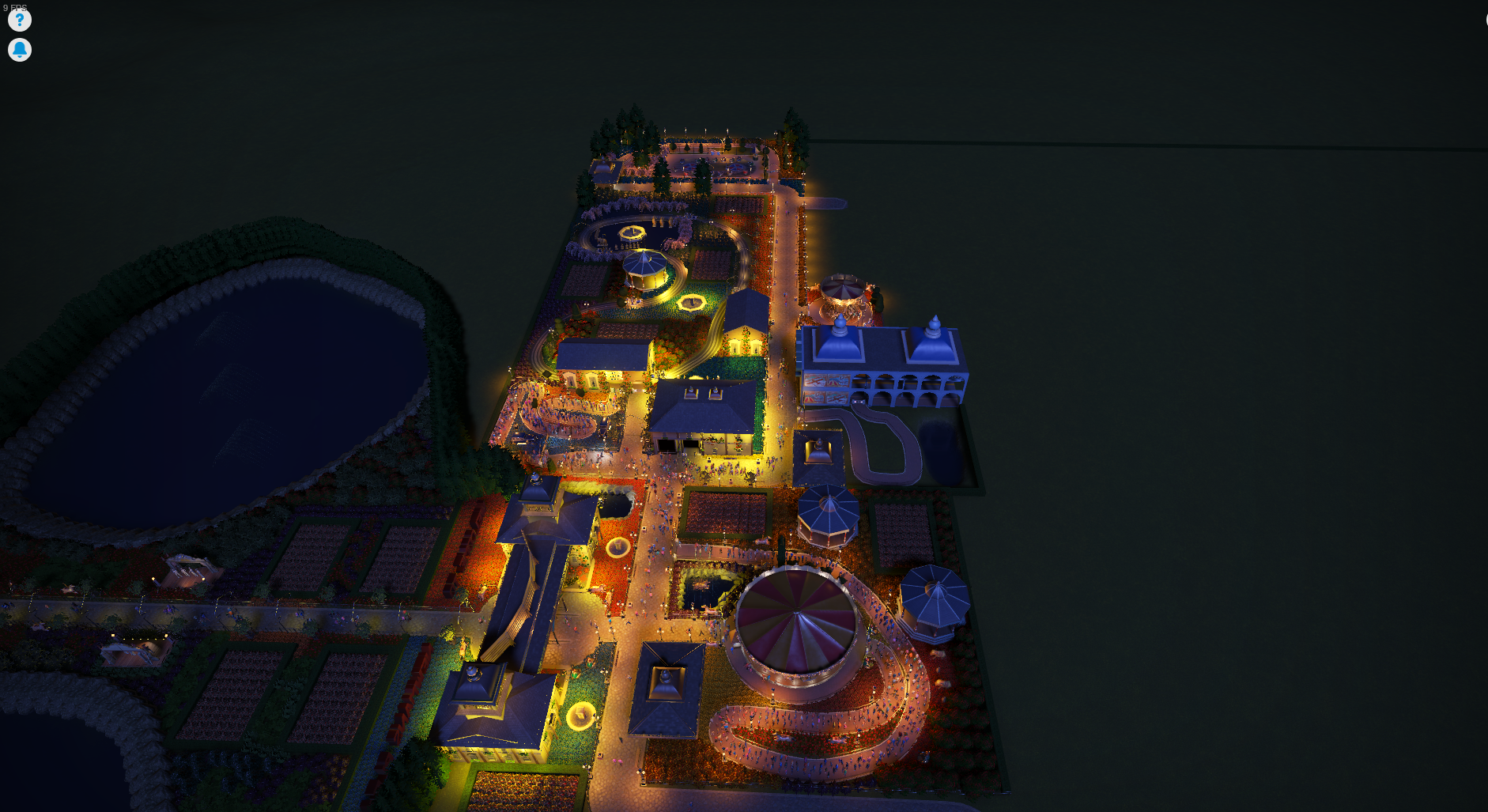 As well as a video overview I filmed:

In terms of blueprints, I must confess that the 2 sets of toilets I built in this area are blueprints from the Steam Workshop, but I built the rest entirely by myself.

So that's what I've been up to in this park for the last little bit of time! I hope you like what I've built so far, and I hope it will be far less time before I can provide you with my next Planet Coaster update! The next thing from this park will be something far more substantial, so stay tuned!

Hello all! After what feels like an eternity, I've finally got some new Planet Coaster work to show you! I can only apologise for the wait; real life just got in the way of my Planet Coaster construction!

In terms of what I have for you today, I am ready to unveil the Southeast Corner of Newman's Pleasure Gardens and its contents, which include the park's first two roller coasters! So without further ado, the rides in the Southwest Corner are: 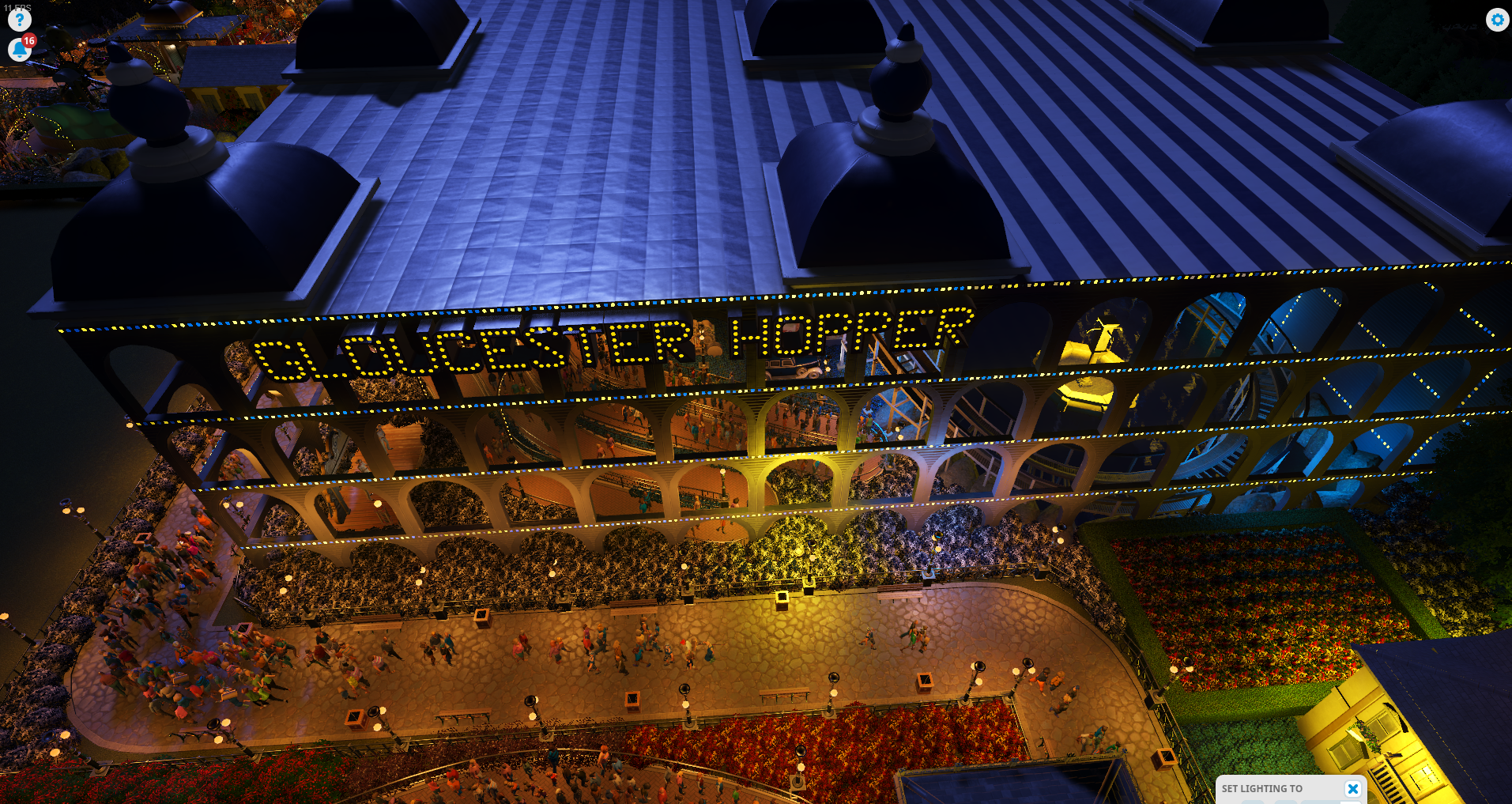 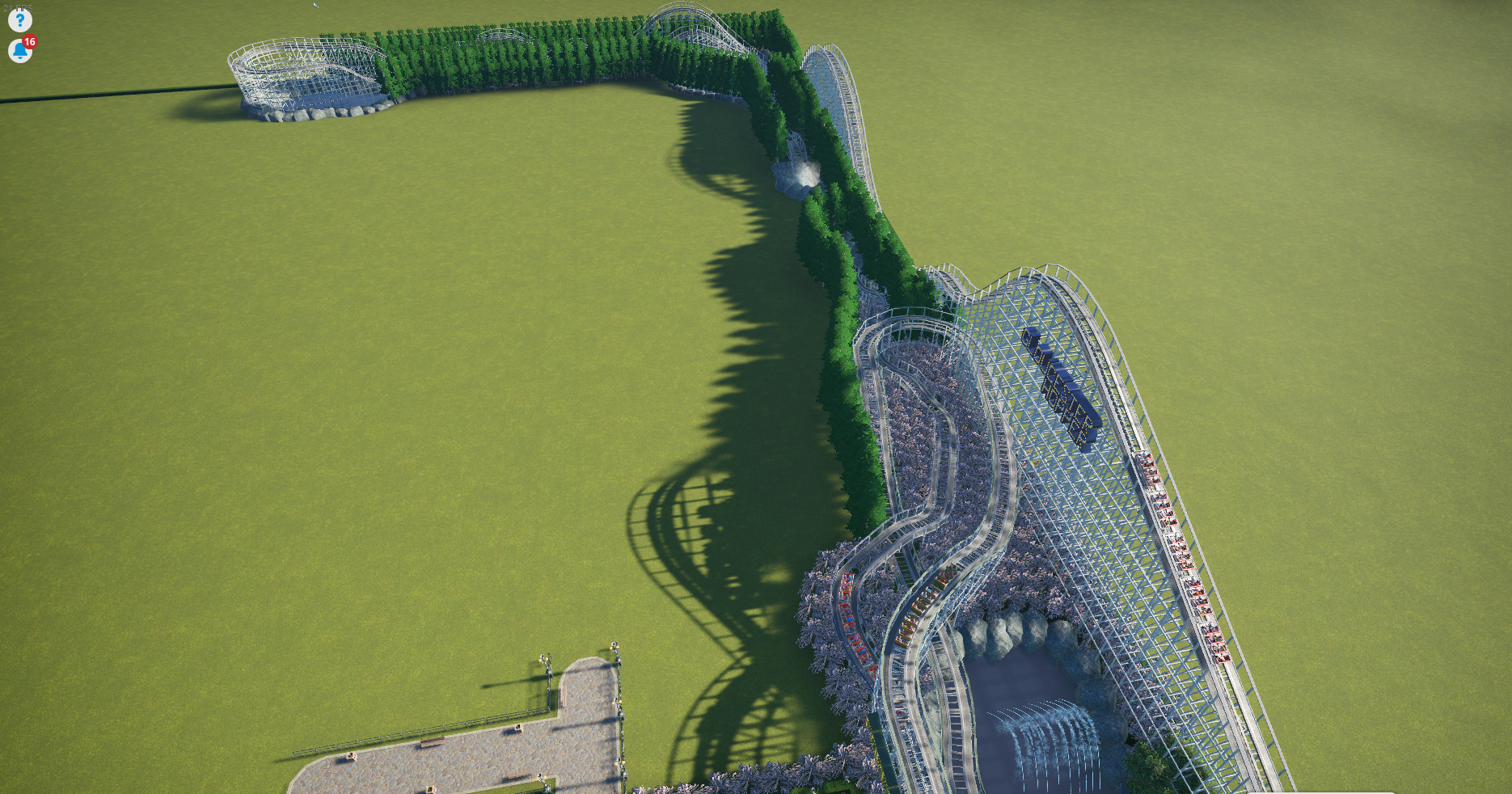 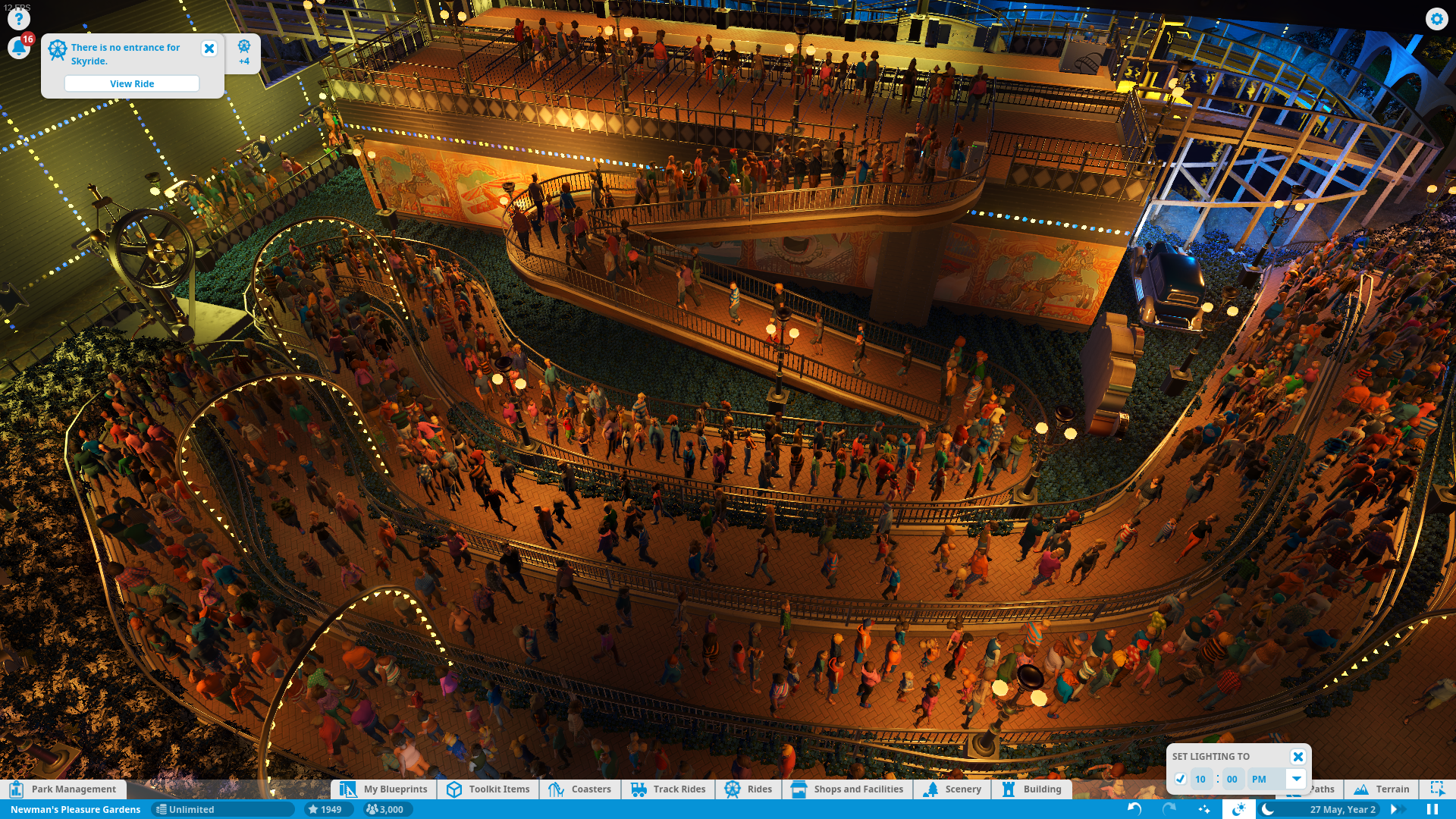 I also filmed a POV and some cinematic shots (the POV is at nighttime and the cinematics are at daytime, as I did want to show off the coasters at night): 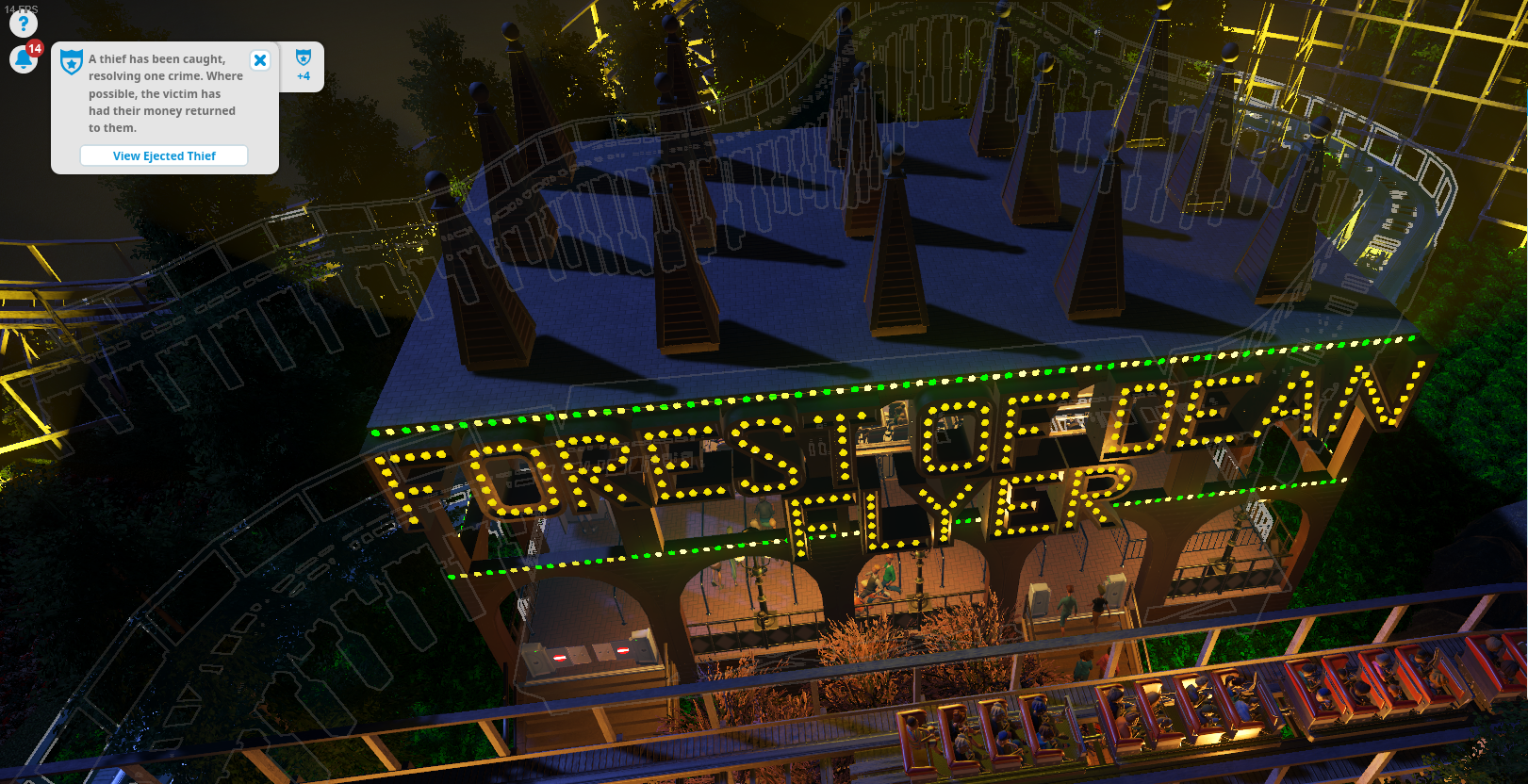 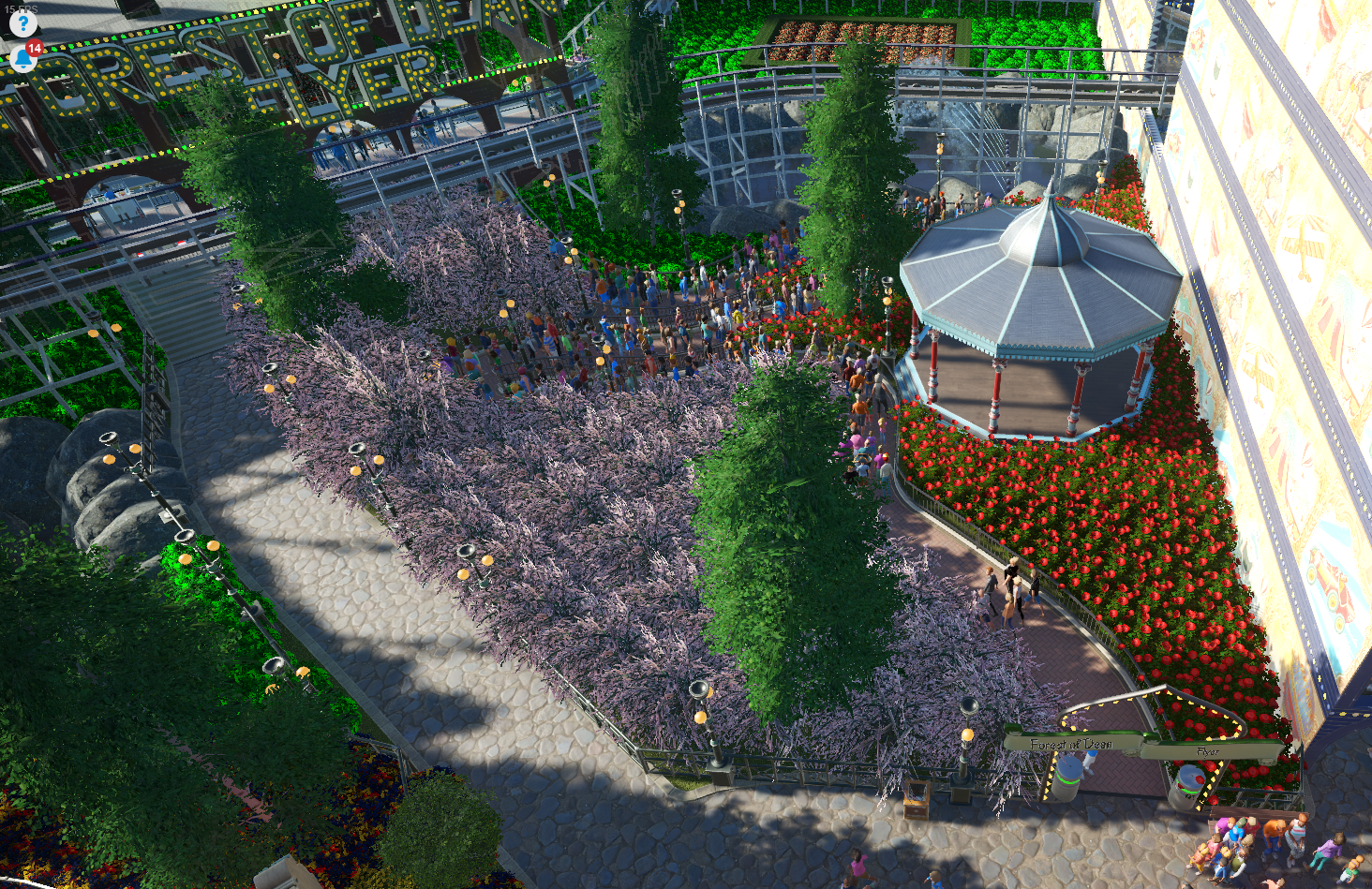 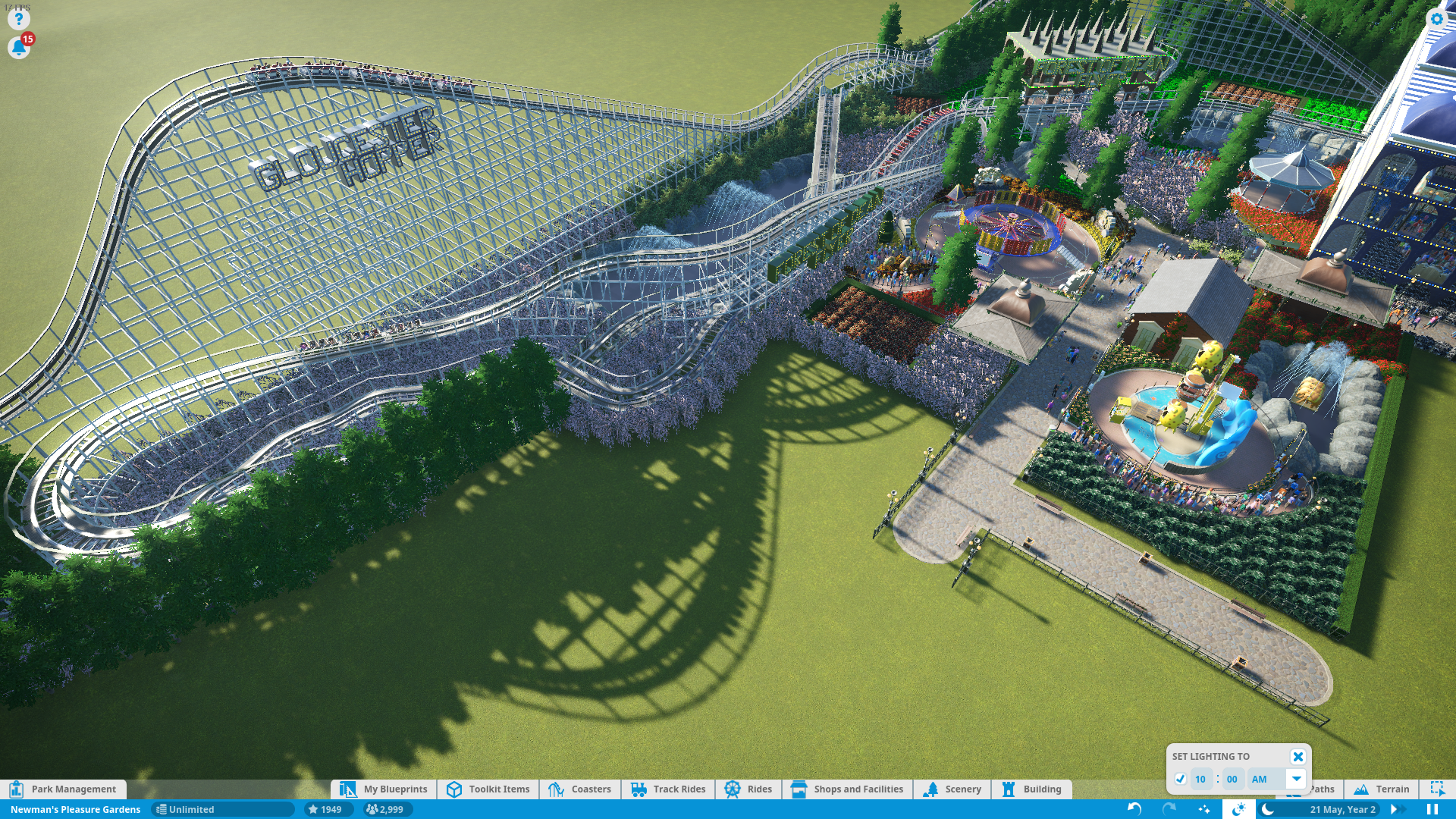 I also filmed a POV and some cinematic shots (POV is at daytime, cinematics are at nighttime): 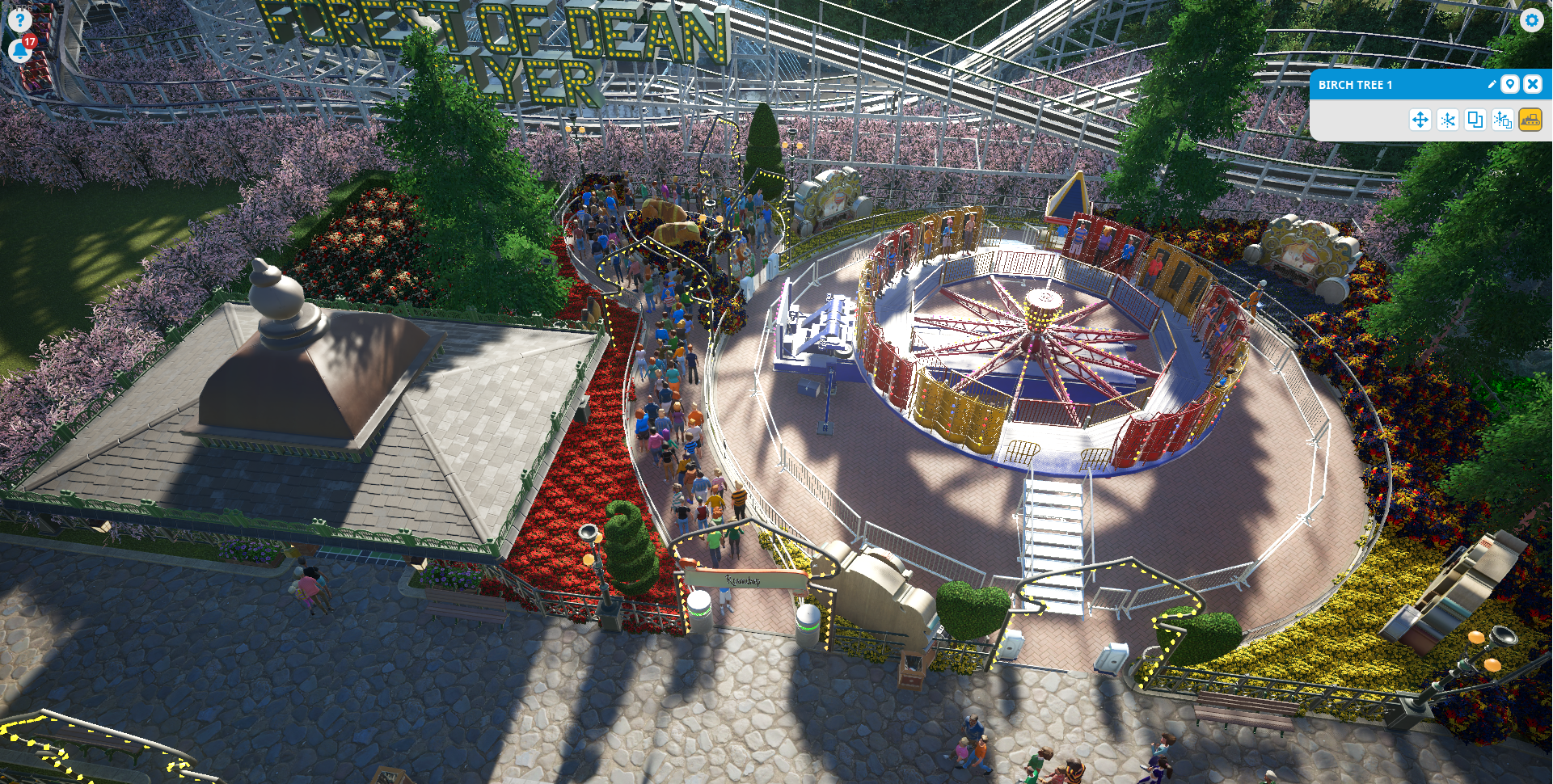 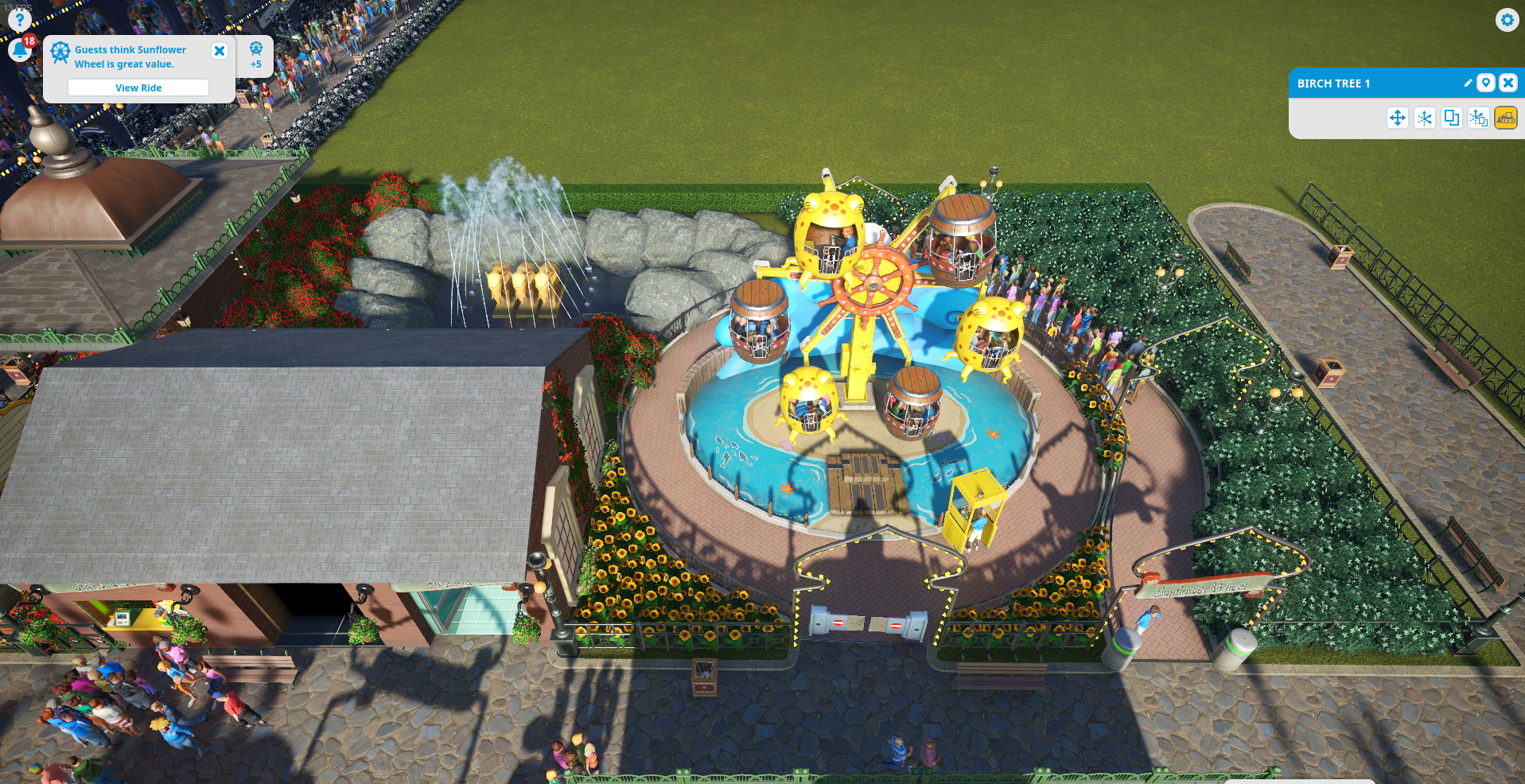 Finally, here's an aerial overview of the area in the daytime: 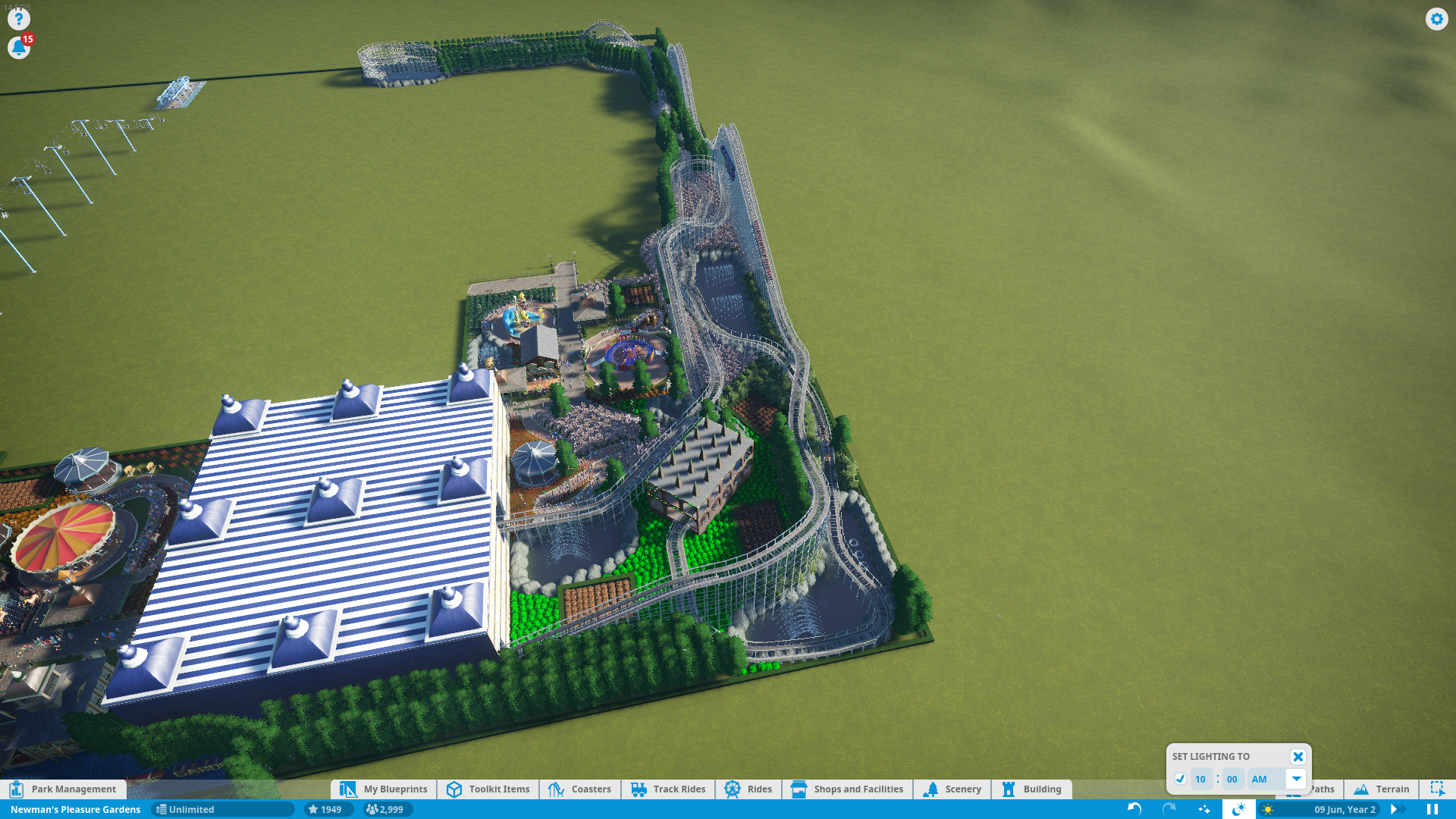 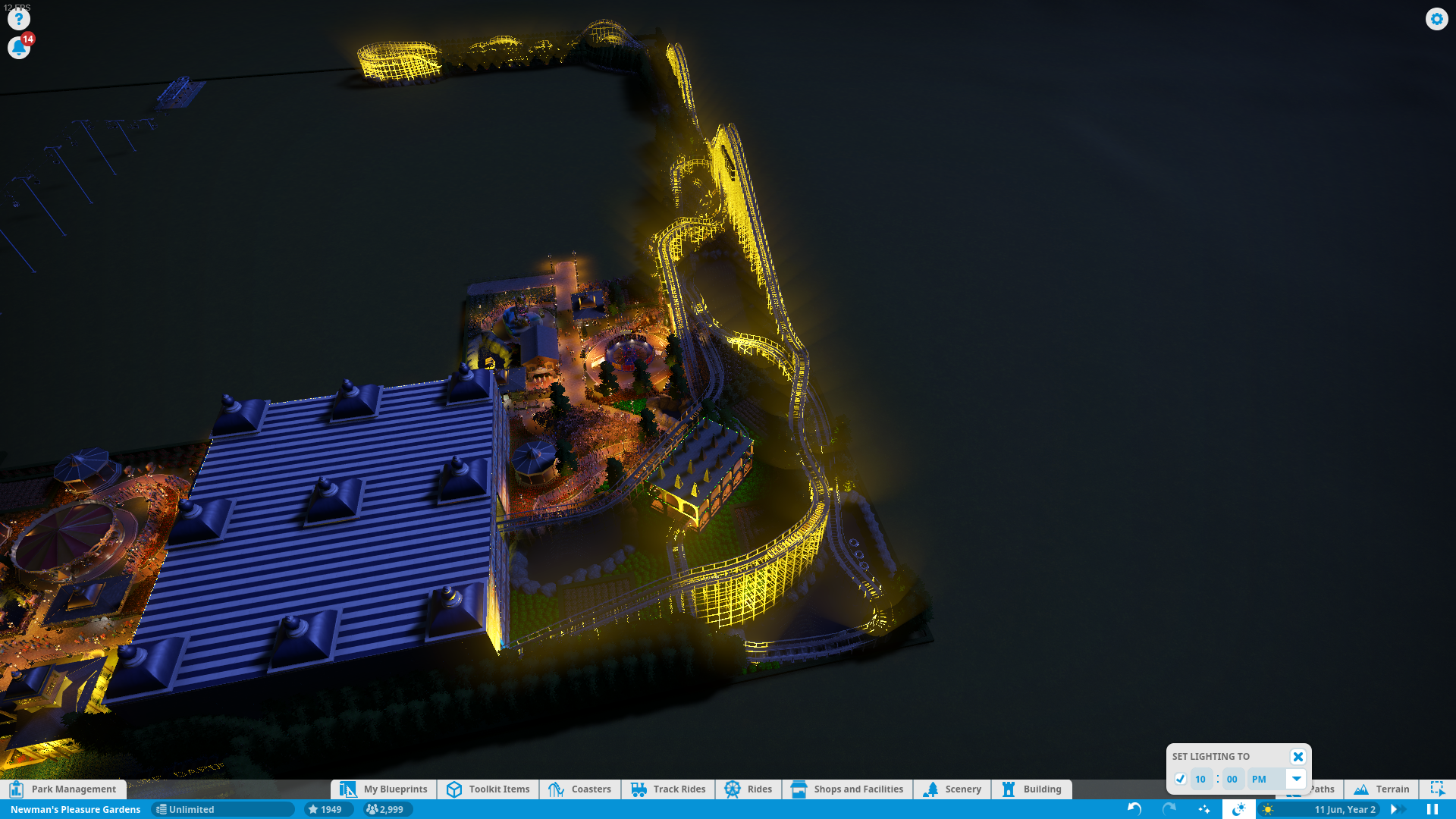 As well as a video overview I filmed:
Well, that's just about everything I have for you today! I hope you like what's within the Southeast Corner of Newman's Pleasure Gardens, and I also hope that you won't be waiting quite as long for my next Planet Coaster update, whether it's from Newman's Pleasure Gardens or from one of my other parks! And as it's 23rd December; if I don't post anything before, have a lovely Christmas!
You must log in or register to reply here.
Share:
Facebook Twitter Reddit Pinterest Tumblr WhatsApp Email Share Link
Menu
Log in
Register
Top